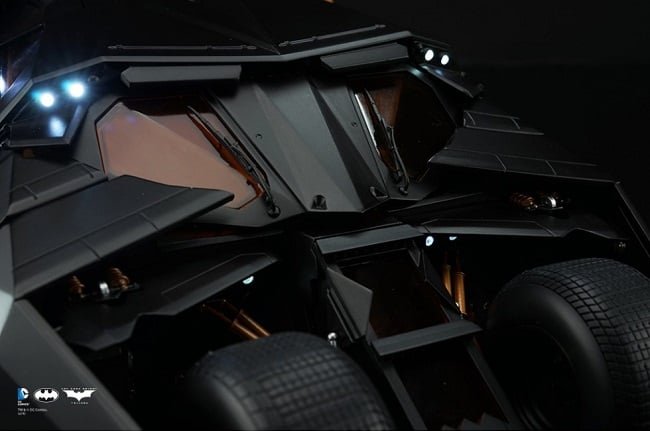 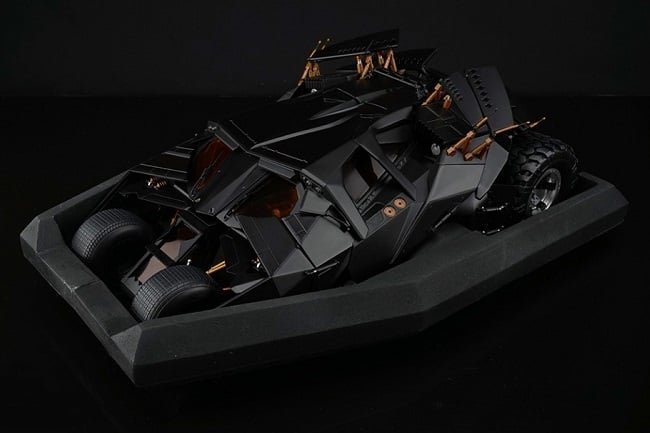 We have covered other Batman inspired gear that’s happening in the world, and the coolness factor of this next item has forced us to do it once again. The Dark Knight Trilogy RC Tumbler ($570,00) is a sleek 1:12 scale remote-controlled Batmobile from Nolan’s Dark Knight trilogy, that was built using a staggering 600 components.

With a cover range of 82 feet and a play time of 1.5 hours per charge, the RC Tumbler is operated by your iOS or Android device via WiFi, and it can do a whole lot more than just run. Here are some features: 25 x high power LED lights, high-density Polyfoam protection bumper, App controlled cockpit door open & close, camera for photo snap and video recording with 480p night vision, voice intercom function, remote-controlled spoiler movements. The tumbler also features a Jet-Power mode that boosts up the speed by 30%, with movie-like red and blue LED lights and Jet-power sound effects. The Dark Knight Trilogy RC Tumbler comes with a Batman action figure with 26 points of articulations. Now, this is kick ass toy for your self! via 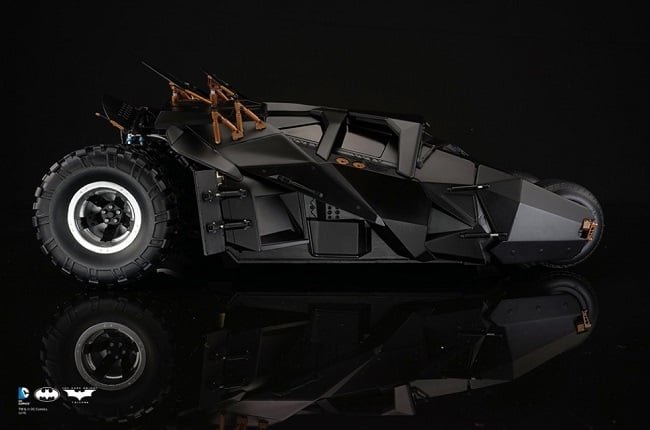 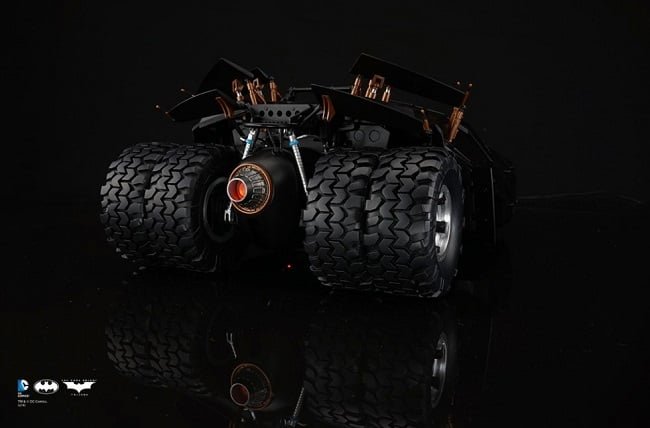 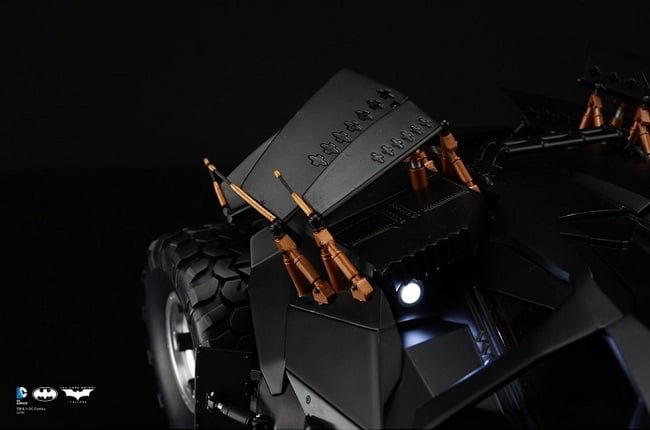 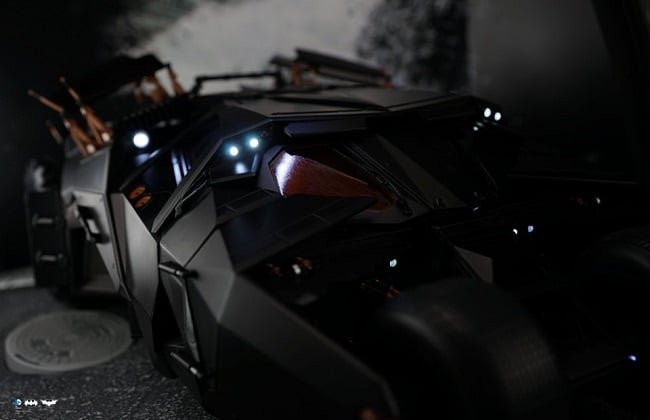 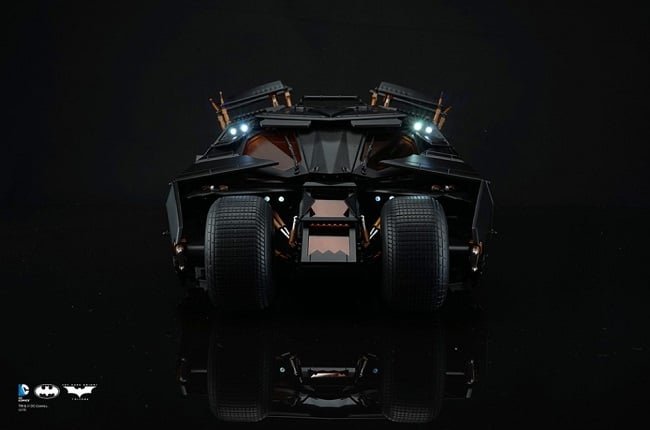 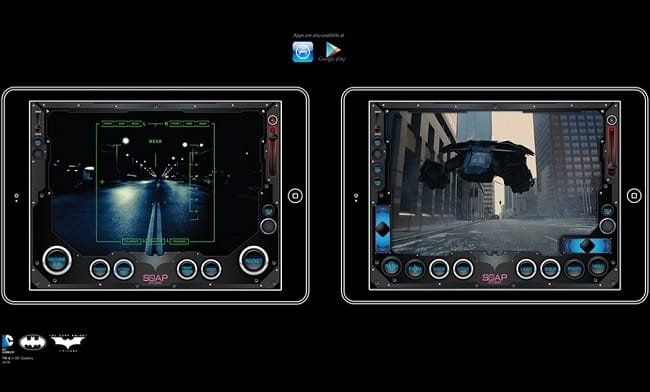 Crafted with the input of golf professionals, Scotty Cameron plans to ship only 4,000 units of the Phantom X 9.5 Triple Black putter worldwide.

The Topo Designs Rover Pack Tech Takes You To Any Adventure