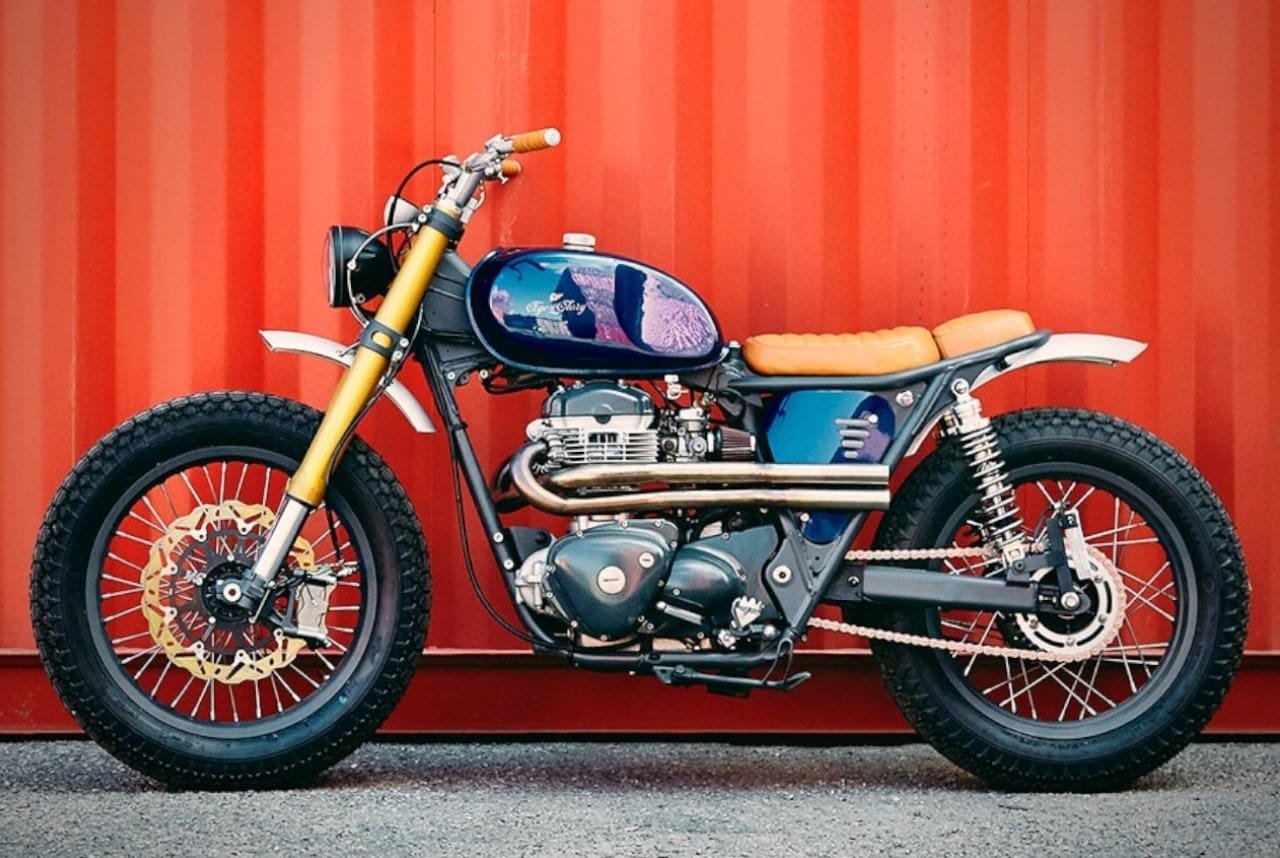 Nicolas and Sebastien first met two years ago at a flat track race. Nicolas runs the custom workshop Egerie Motorcycle; Sebastien own the apparel brand Age of Glory — an unlikely pairing, to be sure. Shortly thereafter, however, they found out they had a lot more in common than they initially assumed.

“We shared a love of vintage machines, and a taste for simple and uncluttered aesthetics,” according to Sebastien. “So the W650 project started naturally.”

He’s referring to the 2002 Kawasaki W650, of course, part of the company’s well-received W line, and perhaps the line people are nearly always inclined to customize. Sebastien had a lot of ideas on how to revamp the Kawasaki W650. However, he didn’t have sufficient skills to execute it. That’s where Nicolas came in. The rest, as they say, is history.

The guys opted for the Aprilia SXV 550 as the front end. But such a swap would obviously cost a lot. They had to compromise on a lot of things. But even still, the process went well, with Nicolas adapting the Aprilia’s triples, forks and front brake, and refinishing the forks in gold to match the style of the bike. The boys also added a pair of Hagon Nitro shocks out back. The rims are from the original model, though repainted and swaddled in Firestone flat track rubber.

As for power, the W650’s 676 cc makes for 50 horsepower out of the box, and since these numbers proved decent enough, Sebastian decided to just leave the engine be. So many other things went into this custom job, but one of the most notable is, surprisingly, the seat, which comes in camel-colored leather that Sebastian also uses in his jackets.

This W650 is probably one of the most charming custom jobs we’ve ever come across. It’s simple, it’s not too on-the-nose, and it’s really clear just by looking at it that this was the result of inspired creativity. Sebastian says he’s probably going to sell it to work on a new custom job with Nicolas again.

The VW ID. 7 features 40 layers of paint with a mix of conductive and insulating materials for addressable lighting features.

A German Collector Is Selling His Pre-Production Lamborghini Urraco Coupe

The 1982 Porsche 911SC is fresh from the GRally shop and is ready to compete if its new owner wants to do so.