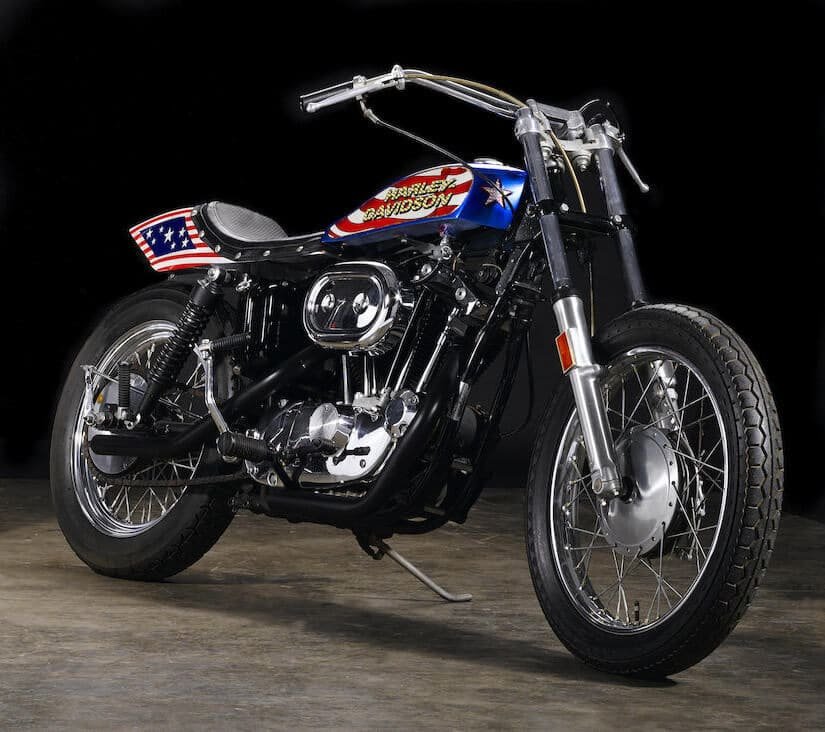 Possibly the greatest showman of the past century, Evil Knievel was an untamed daredevil whose motorcycle stunts turned him from a turbulent high school dropout with a petty criminal record into a US pop legend. His success was largely attributed to him being bold and authentic, two traits America was longing for in the post-Vietnam 1970s. 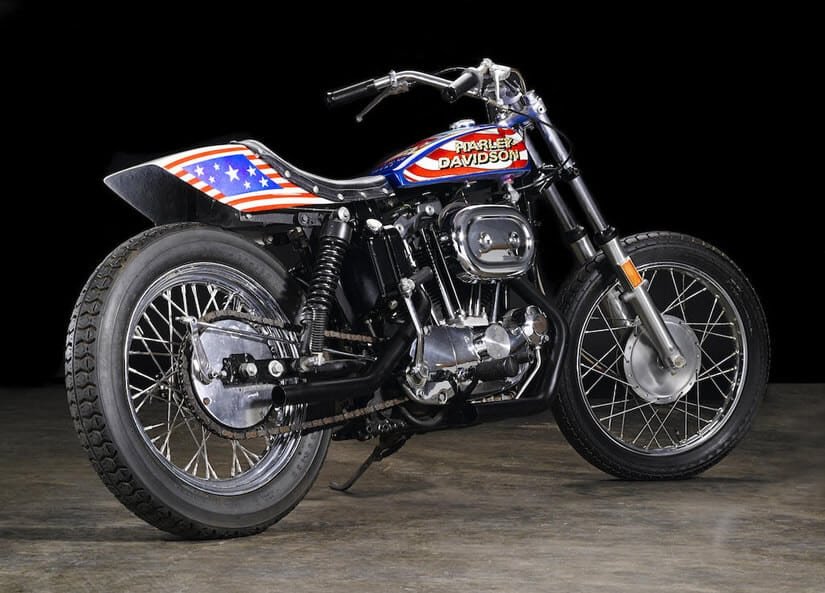 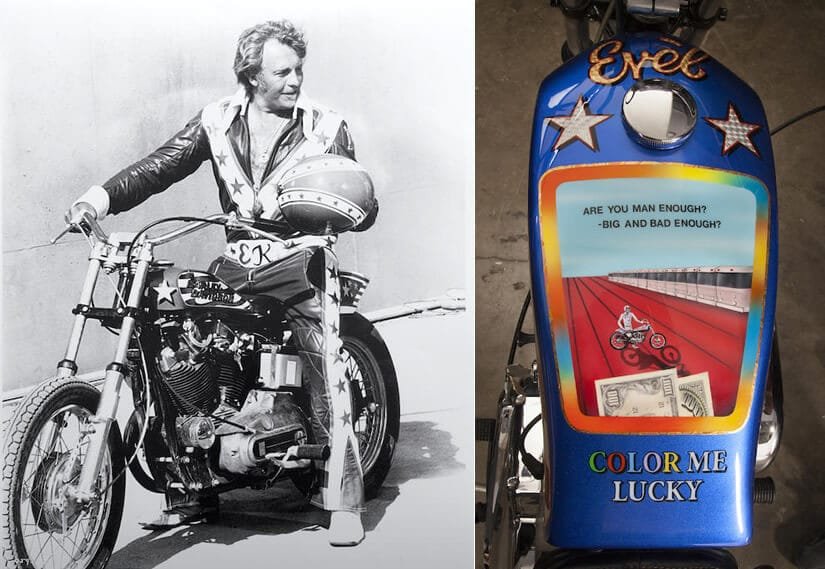 His popular success led to the production of two feature-length films, one of which had Evil Knievel himself playing lead. It was called Viva Knievel! and in it the actor slash stunt expert fought against Mexican drug dealers. The movie was big enough to attract an impressive cast, including Lauren Hutton, Red Buttons, Leslie Nielsen and Geene Kelly.

One of the motorcycles that were custom made for the movie was part of a recent auction,where it was expected to fetch up to $100,000. It was a gorgeous 1976 Harley-Davidson Ironhead Speedster 1000, customized to look exactly like one of Knievel’s iconic XR-750 jump motorcycles.

After having spent many years in a private museum, the bike underwent a nice cosmetic restoration, which included a new paintjob performed by George Sedlack, the same customization expert who painted all of Knievel’s original jump bikes, including the ones that were featured in movies. 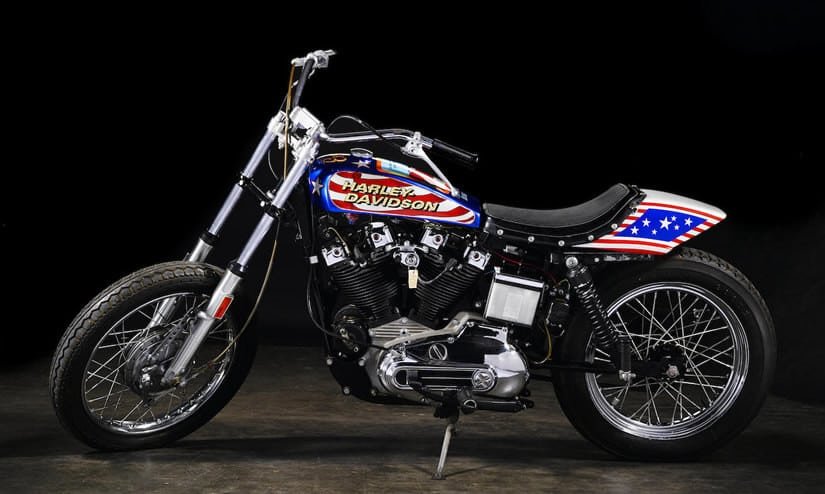 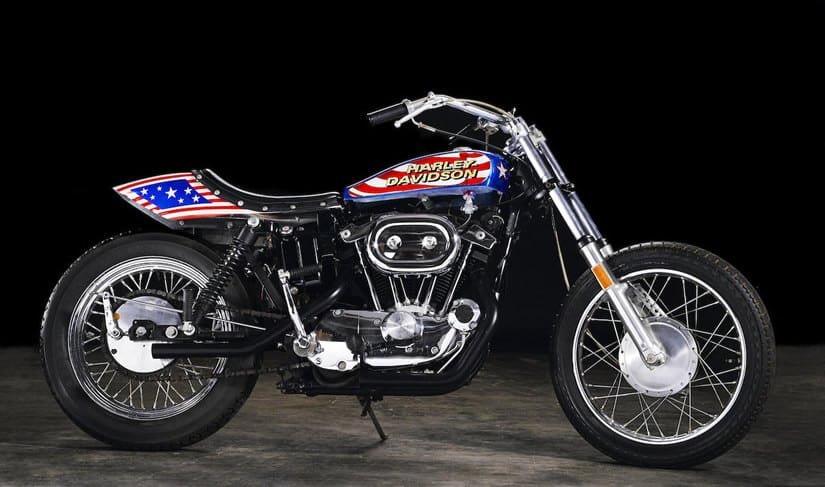 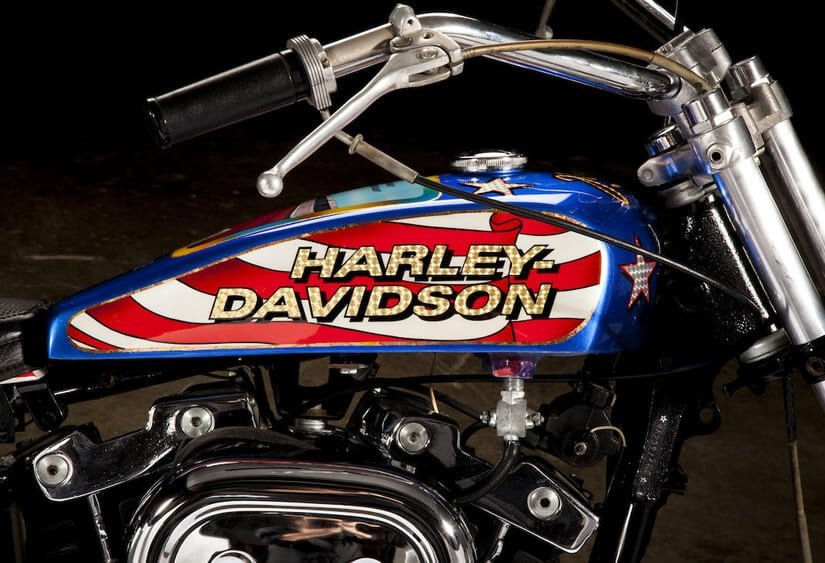