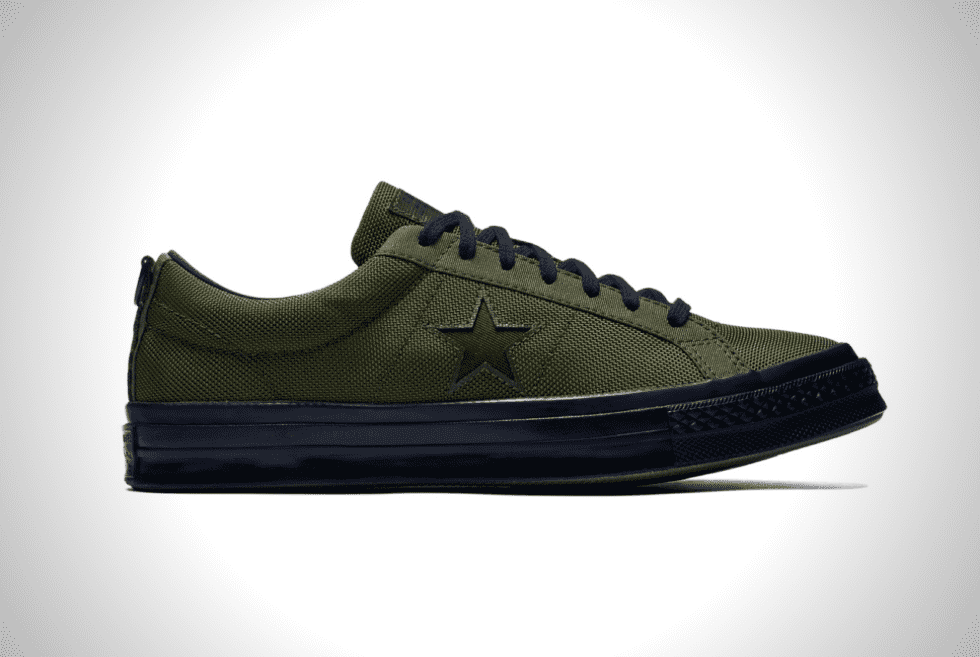 Converse And Carhartt WIP One Star

Did you know Converse is only one of the very few footwear brands to create shoes for the military during the Second World War?

The kicks you see above, called the Converse X Carhartt WIP One Star, best exemplifies Converse’s brief but very memorable stint making military gear, and it also serves as a symbol of the brand’s commitment to the men who suffered, perished, and survived the last world war.

One look and you’ll immediately notice the shoes’ military underpinnings. Converse and Carhartt took style cues from military gear in that tragic decade. So, no surprise that the One Star is potent with a kind of slick brutalism you can only find from the maelstrom that is the war. Although you wouldn’t see any soldier in uniform ever wear this pair, it really seems that the kicks are fit for one, and thankfully Converse and Carhartt didn’t make the design too on the nose; despite its Second World War basis, it looks quite temporary and a bit discreet, too.

The upper is made of premium quality Cordura fabric complete with a hangtag. The fabric used overall is very robust, and the result is a pair of highly utilitarian-style footwear that manages to blend finesse, style, and heavy-duty durability without much fuss. That’s courtesy of Converse and Carhartt, to be sure, because those companies have mastered the art of simple, understated aesthetics. In short, these shoes will look great on you. And they’ll last very long. They’re available now directly from Converse or Carhartt.

Huckberry x Merrell MOAB 3 Smooth: An Exclusive Pair Of Hikers For Your Treks

The Huckberry x Merrell MOAB 3 Smooth are stylish hiking boots that offer superior protection, comfort, and performance for your treks.

Now’s your chance to grab the Y-3 QASA High Triple Black in this stealthy shade which is sure to sell out shortly after it drops.

CASIO X Rag & Bone A1000: A Nostalgic Timepiece With A Touch Of Urban Style

SeaVees presents a dapper yet rugged footwear called the Beyond And Back Boot which delivers waterproof comfort for any scenario.

Richard Mille is building only 150 examples of the RM UP-01 Ferrari, and each timepiece will be selling for a cool $1.88 million.