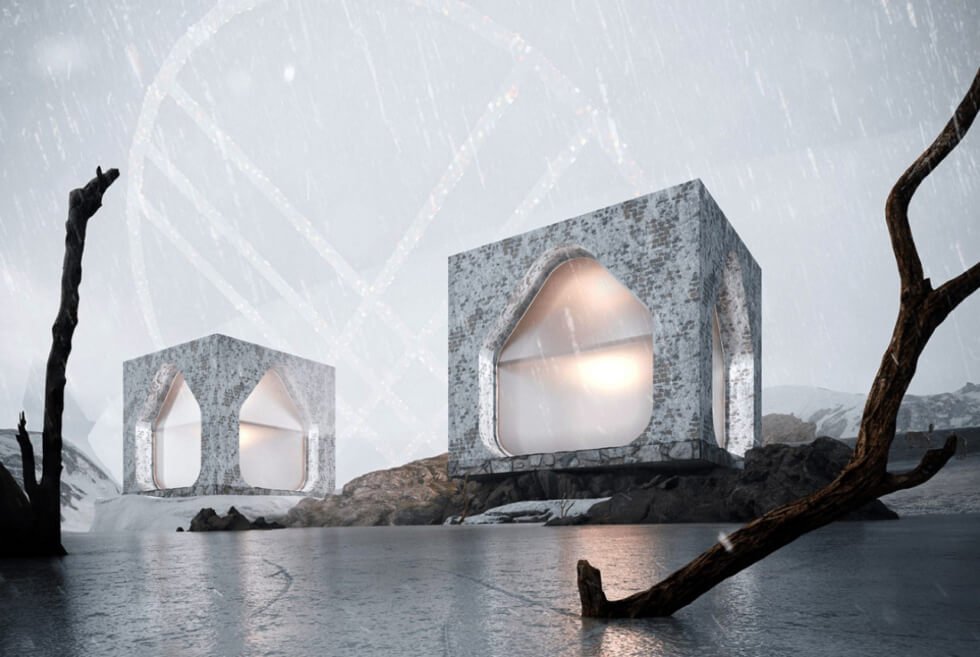 Designer Batyrkhan Bayaliev envisioned yurts in 2122 to be futuristic in nature, unlike what they are today. These round tents that nomadic tribes from Mongolia, Kyrgyzstan, and eastern Kazakhstan call home, normally have skins or felt covering them for protection from the cold. But given the threat of climate change, Kyrgyzstan-based Bayaliev opted for a modern reinterpretation that befits its time. He called his concept “Kyrgyzstan 2122.”

Instead of round, his yurts come in cuboidal structures and made from concrete. This way they can withstand strong winds and fixed to the ground, unlike traditional gers that are basically portable tents. Bayaliev also envisioned them to offer visibility into the outside world.

The original yurts are like modern igloos that have no windows or ventilation to maintain a livable temperature or climate inside. But  Bayaliev’s yurts in his “Kyrgyzstan 2122” concept come with frosted glass windows in a shape that pay homage to the traditional yurts. They are also spacious and come in two levels so they can accommodate or sleep more people comfortably.

Bayaliev did not delve much into the interior workings of his modern yurt design. But from the pictures, one can tell that they are definitely futuristic in their aesthetics. They also look hardy or strong so they can definitely survive for many years.

The designer’s “Kyrgyzstan 2122” yurt concept also includes interior lighting, which creates a visually appealing ambiance when viewed through the frosted windows. When built in rows or paired together, they certainly could pass for a strong colony that can withstand brutal temperatures and live on for many years. 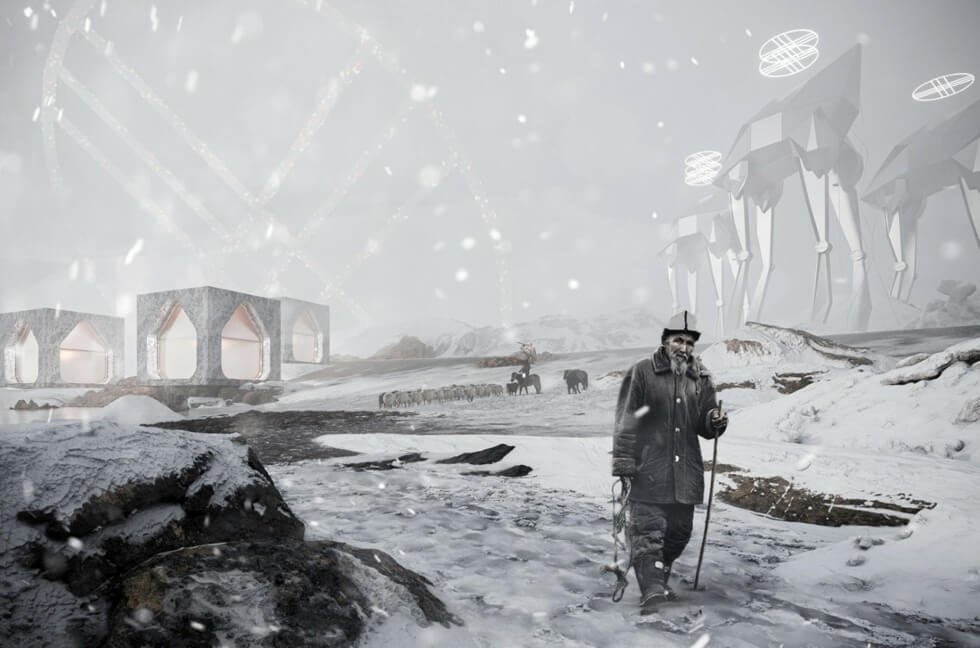 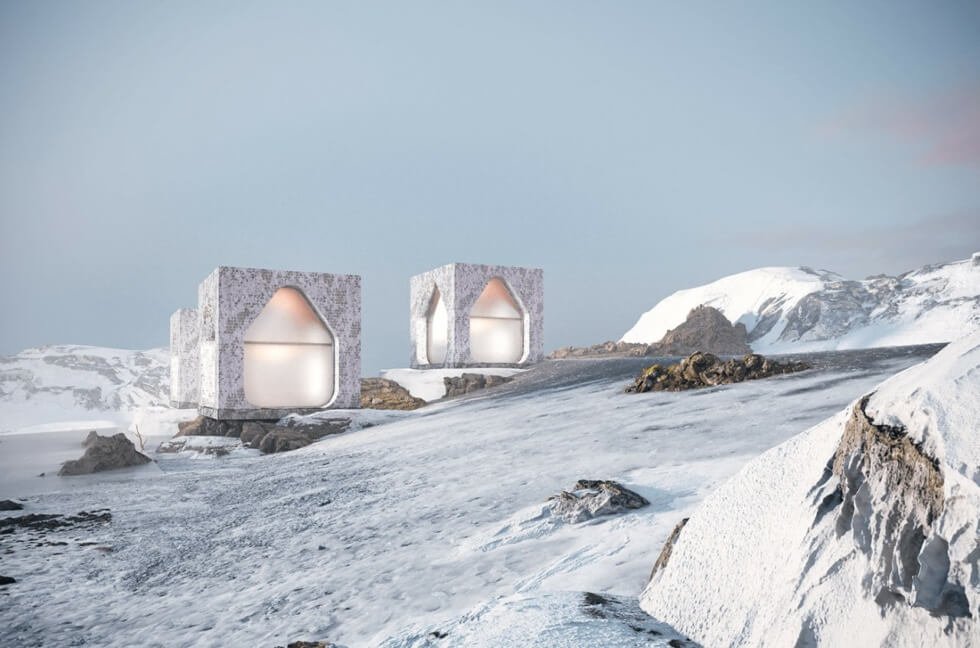 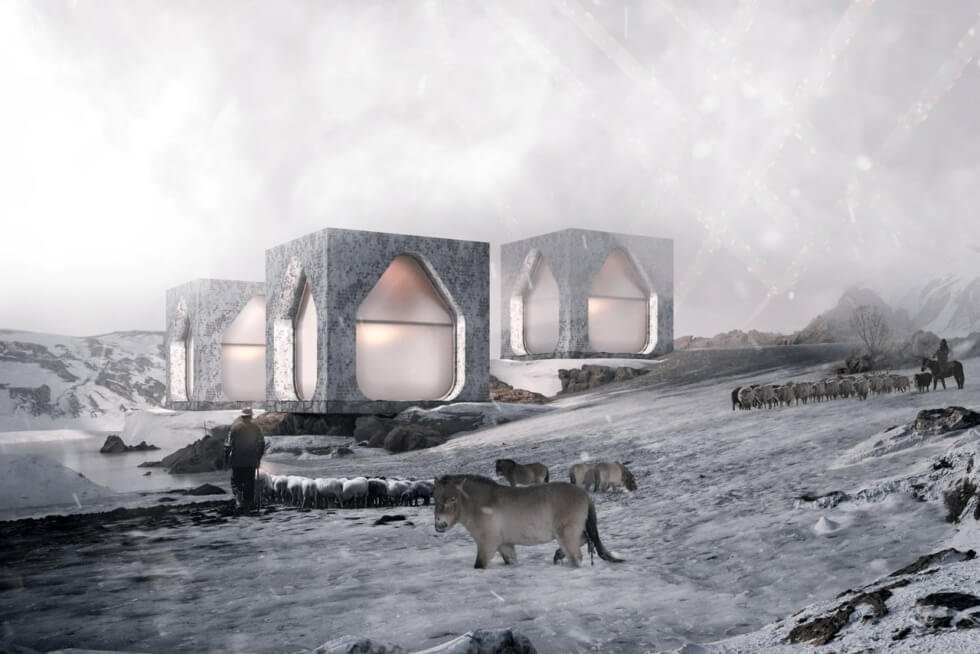 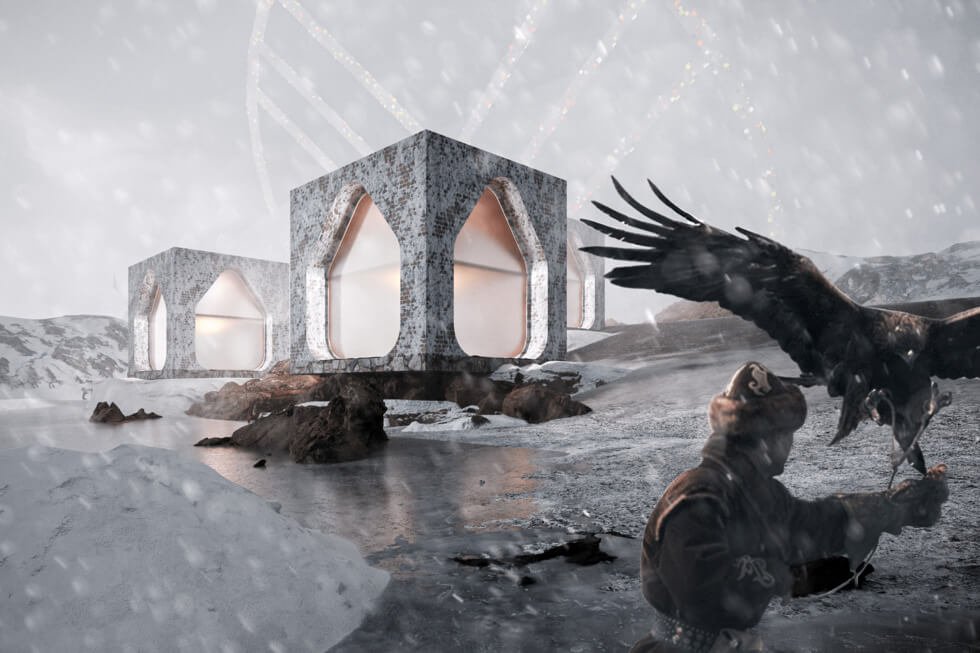 Caza Azul: Studio MK27 Builds A Modern Home In The Middle Of A Brazilian Forest

The 1,800-square-foot A-Frame cabin in the Catskills is a secluded and ideal family getaway for a Jersey City couple.

Within the dark façade of the MEV Cabin is an interior replete with reflective surfaces, vibrant shades, and intricate patterns.

With construction slated to being this year, Waterstudio notes that the Maldives Floating City will accommodate residents by 2024.