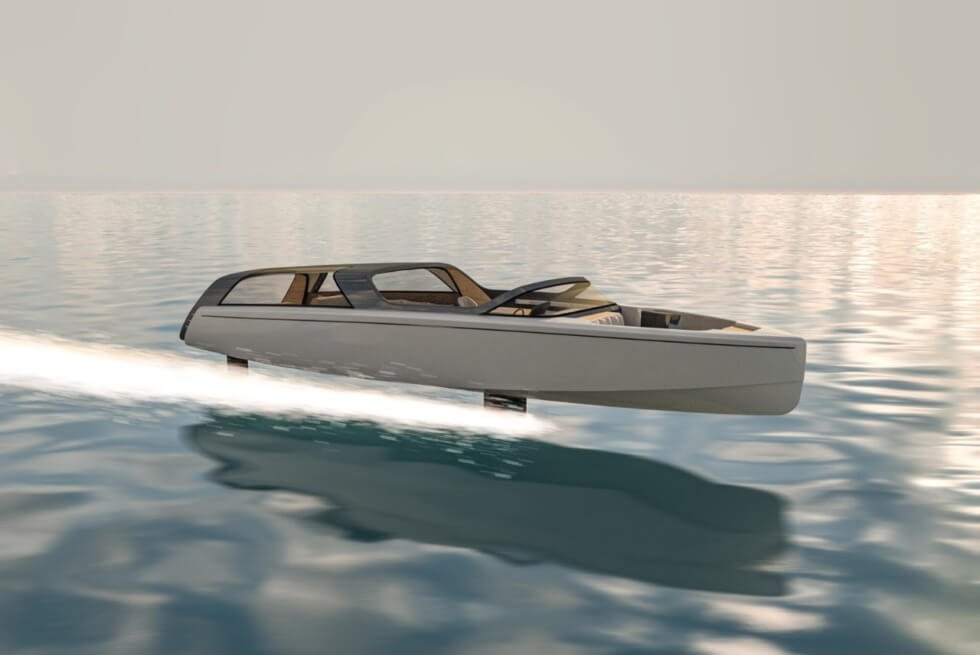 It feels like time flies by so quickly these days. In fact, we’re now barely a few months away before the year ends. An innovative tender reminds us that the 2022 Monaco Yacht Show was just a few weeks ago. Circling back to what made a big splash, we’re featuring the Alte Volare.

This is another thrilling vessel brought to light by Cockwells to service yachts that hope to cut back on their carbon emissions. As such, the 39-foot hull boasts advanced hydrofoil technology borrowed from the AC75 racing yacht which saw action at the America’s Cup.

The Alte Volare is a sleek follow-up to the Titian, which starred in The Thrill of the Chase ad campaign for Michael Kors. The latter is a lavish custom tender clad in wood and was showcased alongside Alton Mason and Bella Hadid. As for the latest concept, it’s just as equally remarkable.

Meanwhile, the new watercraft touts a section of glazing that wraps over the full width of the beam. The retractable foiling system is outfitted with a green propulsion setup. It allows the tender to cruise up to speeds of 40 knots. It’s quiet and uses less energy than other electric models in its class.

Henry Ward, the design director for Cockwells, stated, “with striking styling and an ingenious layout that befits such a cutting-edge craft, this is a tender like no other.” We’re not sure if this will ever leave the concept stages, but it’s a wonderful approach that addresses concerns about climate change. The Alte Volare exists only in renders for now, but a prototype might be possible down the line. 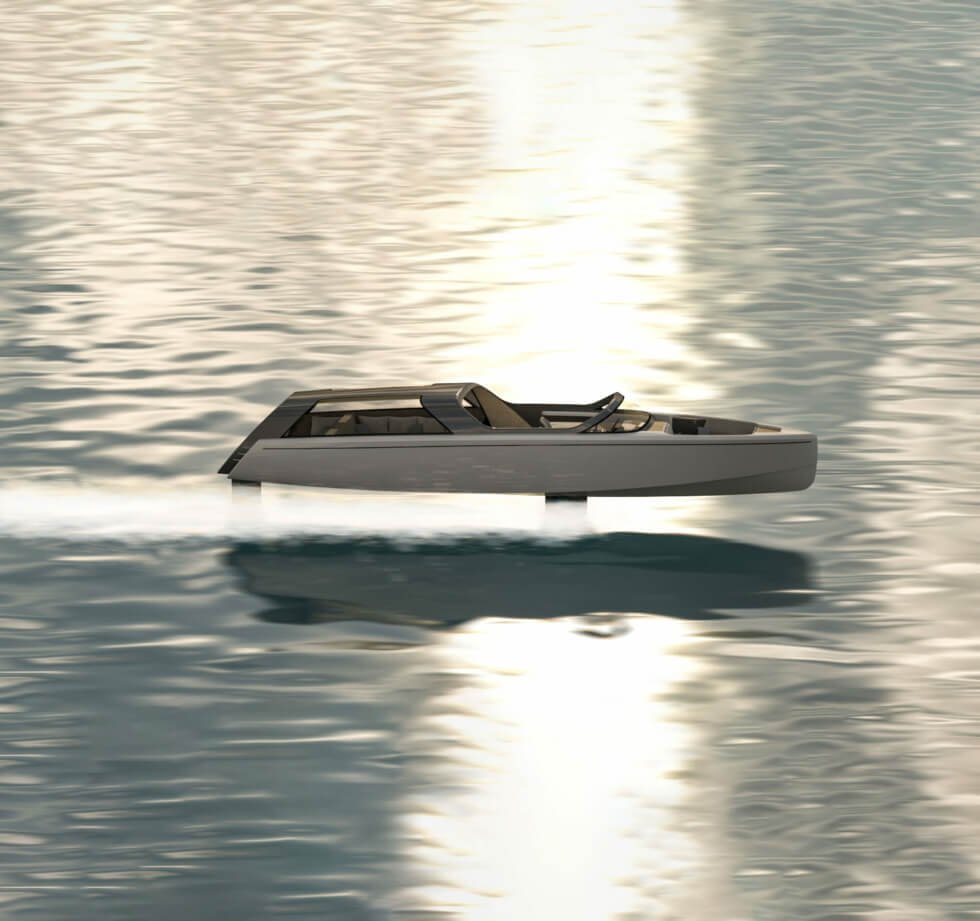 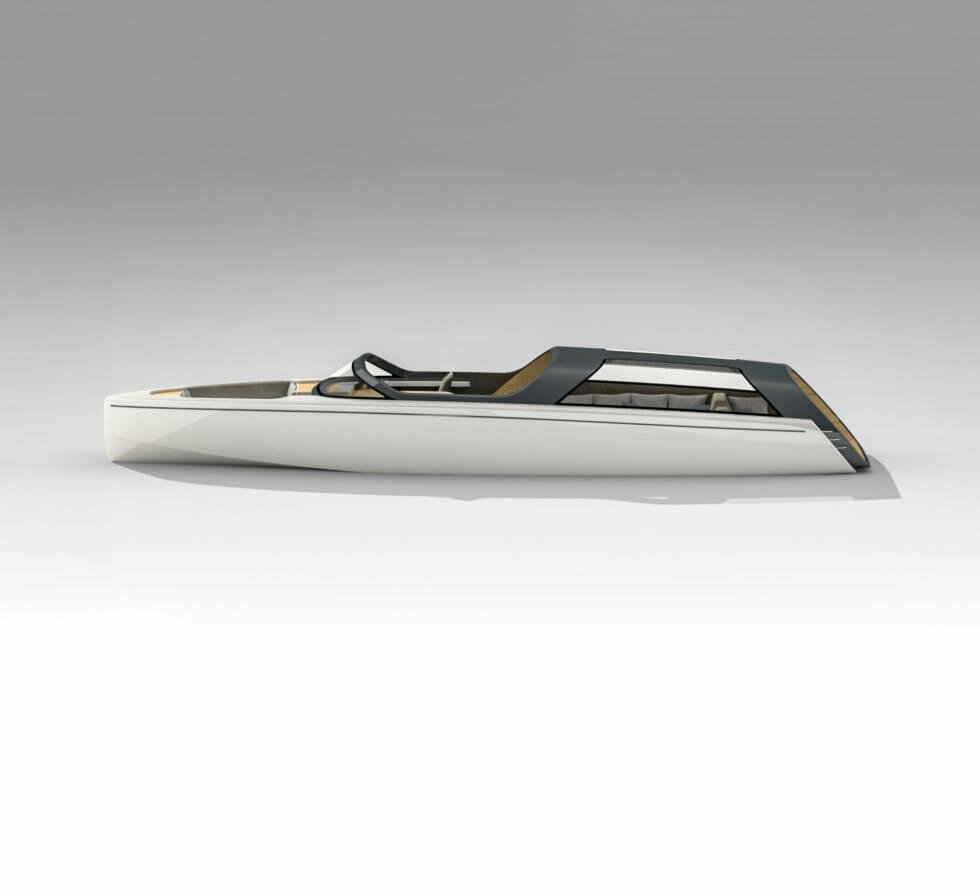 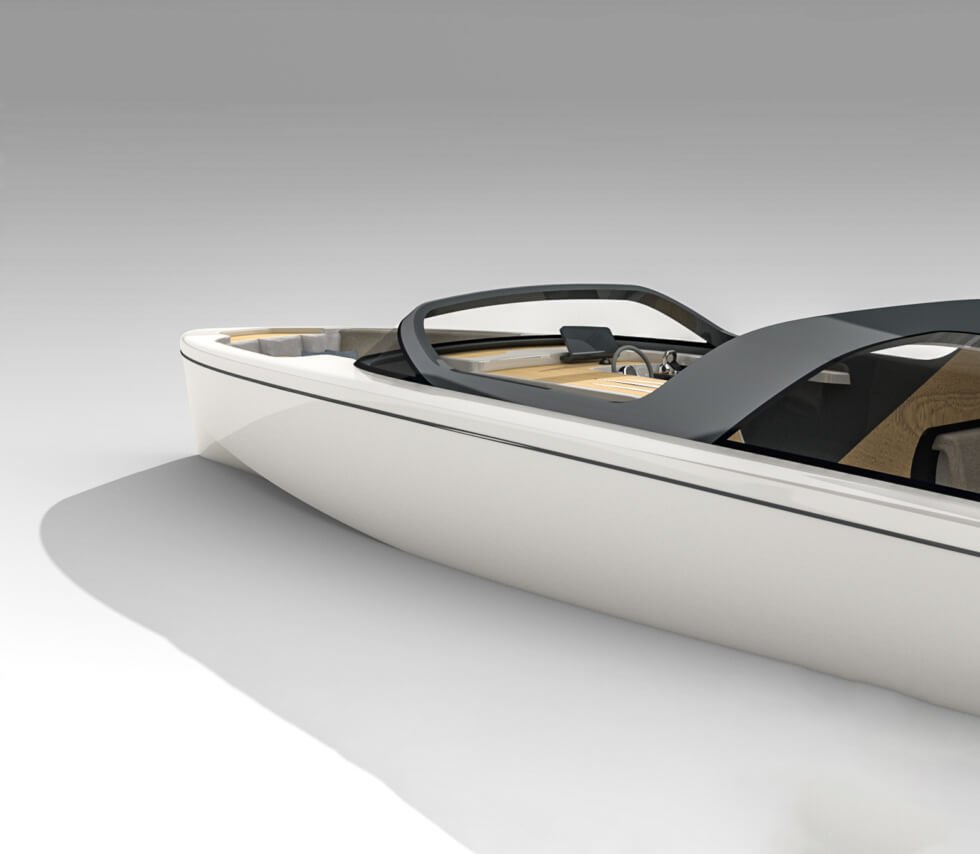 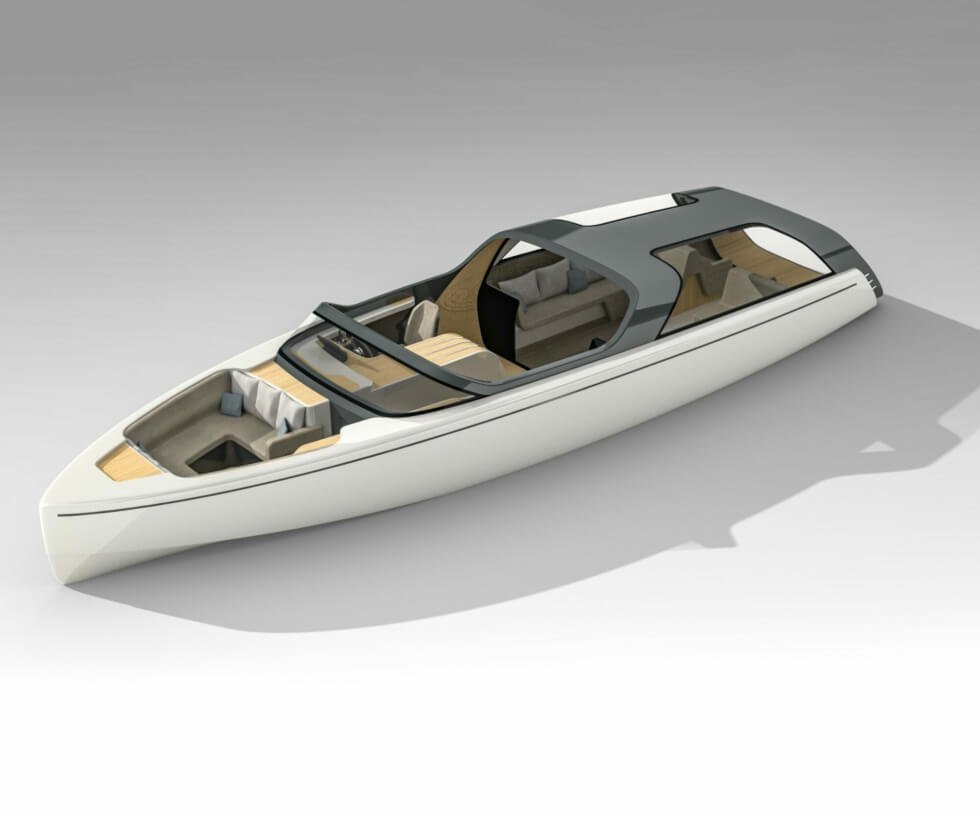 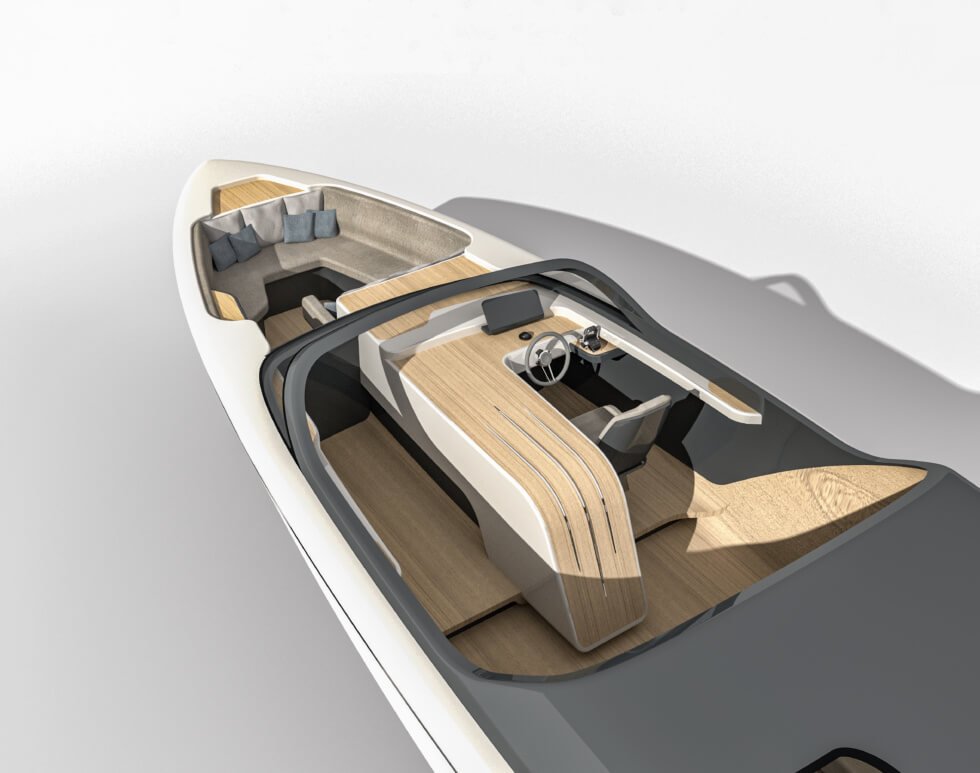 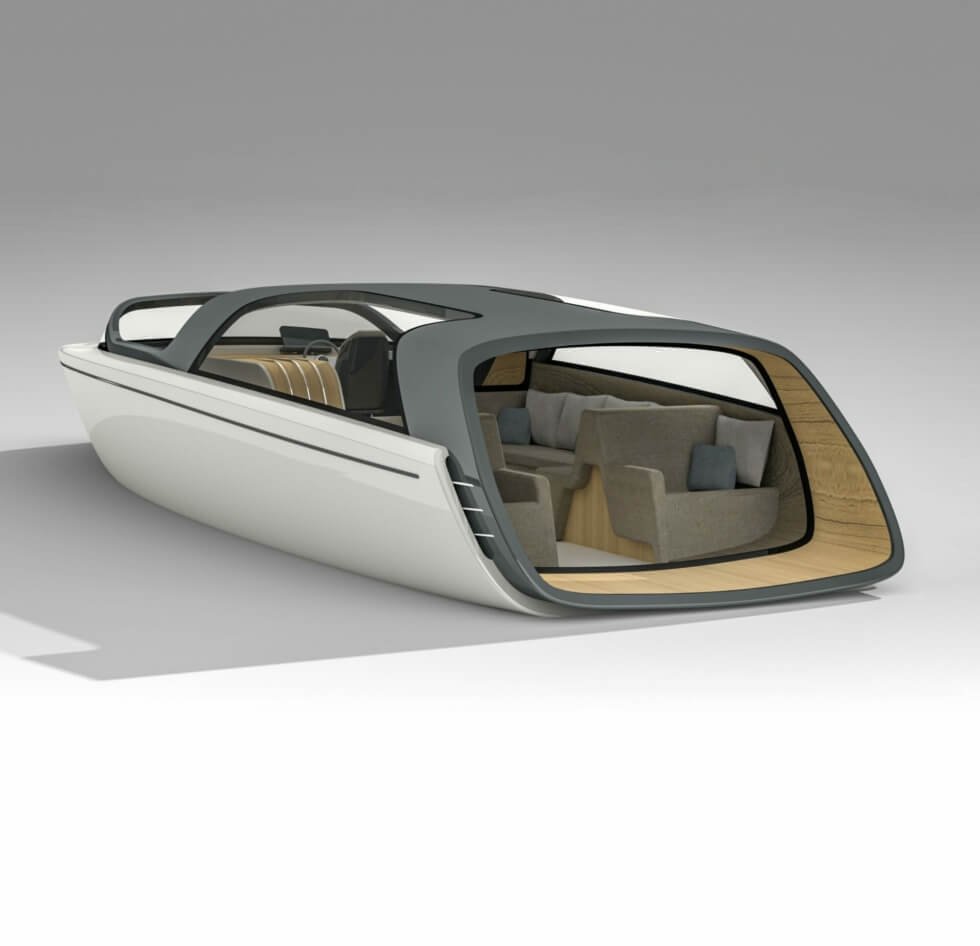 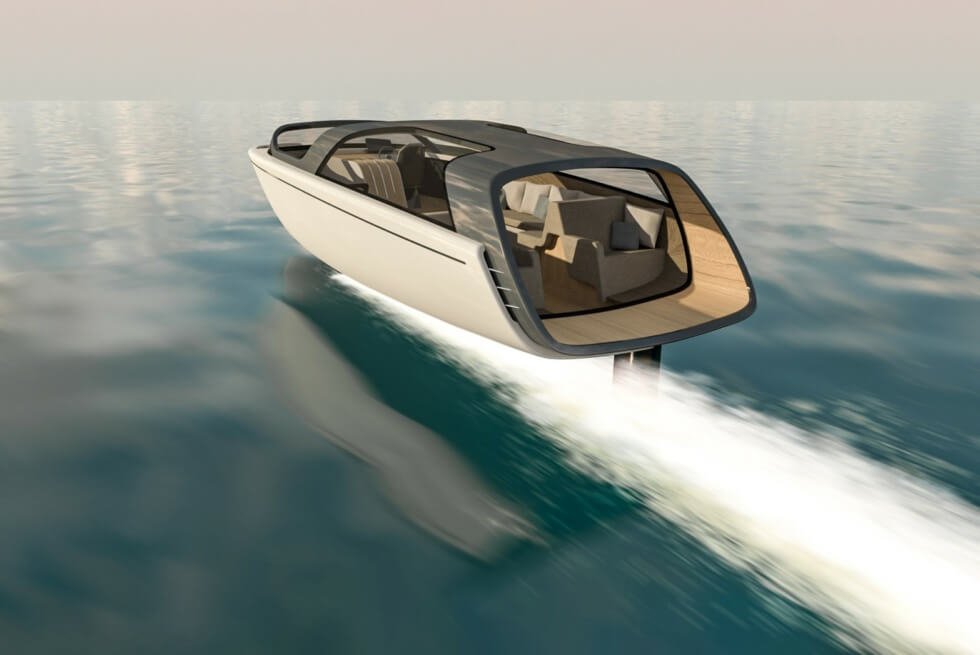 The color of the Carbon Champagne For Bugatti ƎB.01's carbon fiber exterior matches the Steel Blue paintwork of the Chiron Sport 110 Ans.