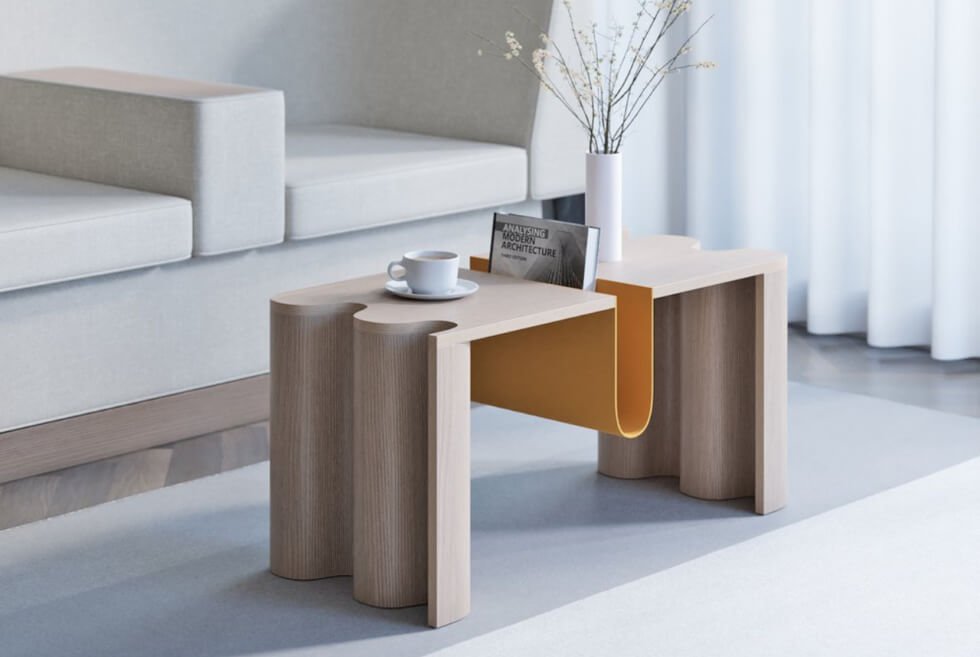 A coffee table always makes a great centerpiece for entertaining guests in the living room. It can break any space and add allure to a somber living area. The Cloth Coffee Table from Teixeira Design Studio is unlike your typical furniture with its minimalist and unique aesthetics. But it’s a conversation starter nonetheless.

The design intends to create a balance between boldness and elegance depending on the angle through the inspiration of organic shapes and movement. The legs mimic the soft folds or waves formed by a fabric curtain. It boasts what the designer described poetic presence that follows the “Japandi” design trend of mixing Japanese simplicity with Scandinavian functionality.

The Cloth Coffee Table exudes not just great form but also function. Its most outstanding feature is the metal book stand neatly integrated into the structure. It sits at the center with a curved bottom so it cohesively relates to the wavy curved legs. Its bold color stands out but adds an attractive break in the subdued color scheme and lends an overall soothing effect. Its dropped form also adds weight to the table to keep it grounded.

Despite the contrasting shapes and its slim profile, designer João Teixeira ensures stability is also a priority. The components are made using a blend of processes including press bending the plywood sheets and CNC-milling for the tabletops. Meanwhile, hidden hardware adds strength and keeps the aesthetics streamlined. The overall design makes the Cloth Coffee Table an attractive addition to your home thanks to its interesting contrast of colors and shapes. 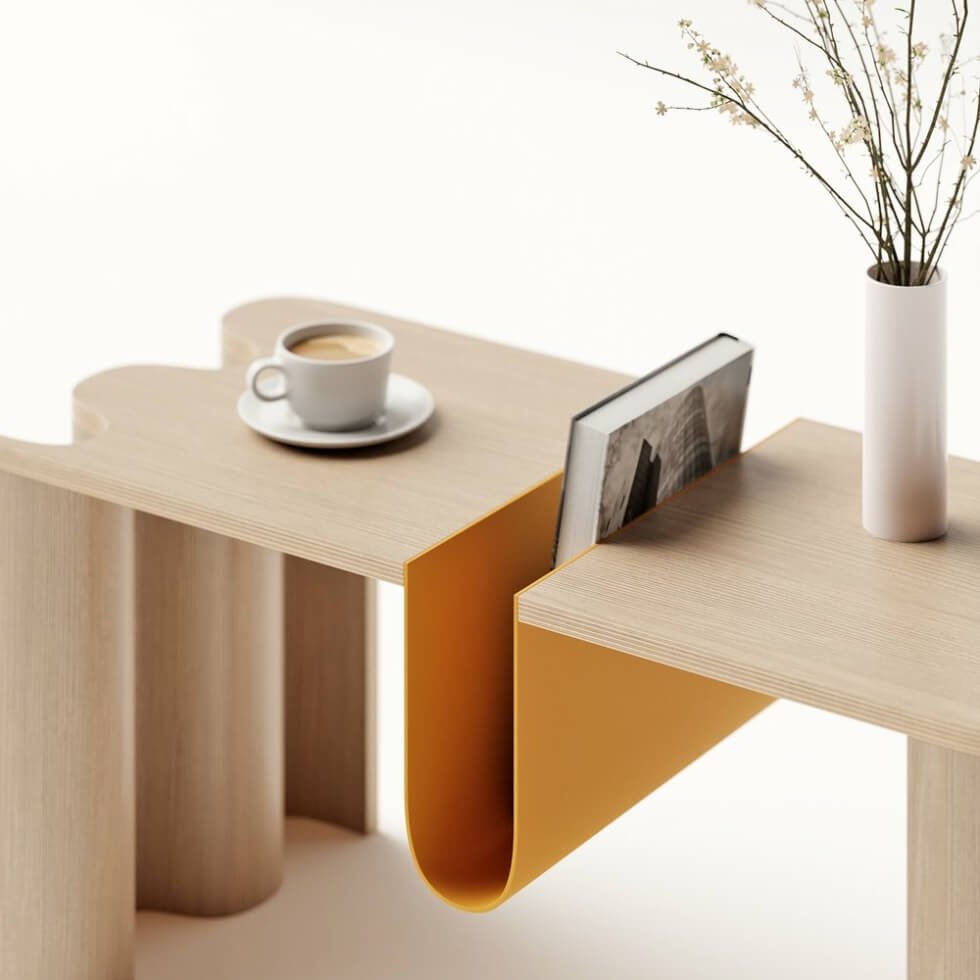 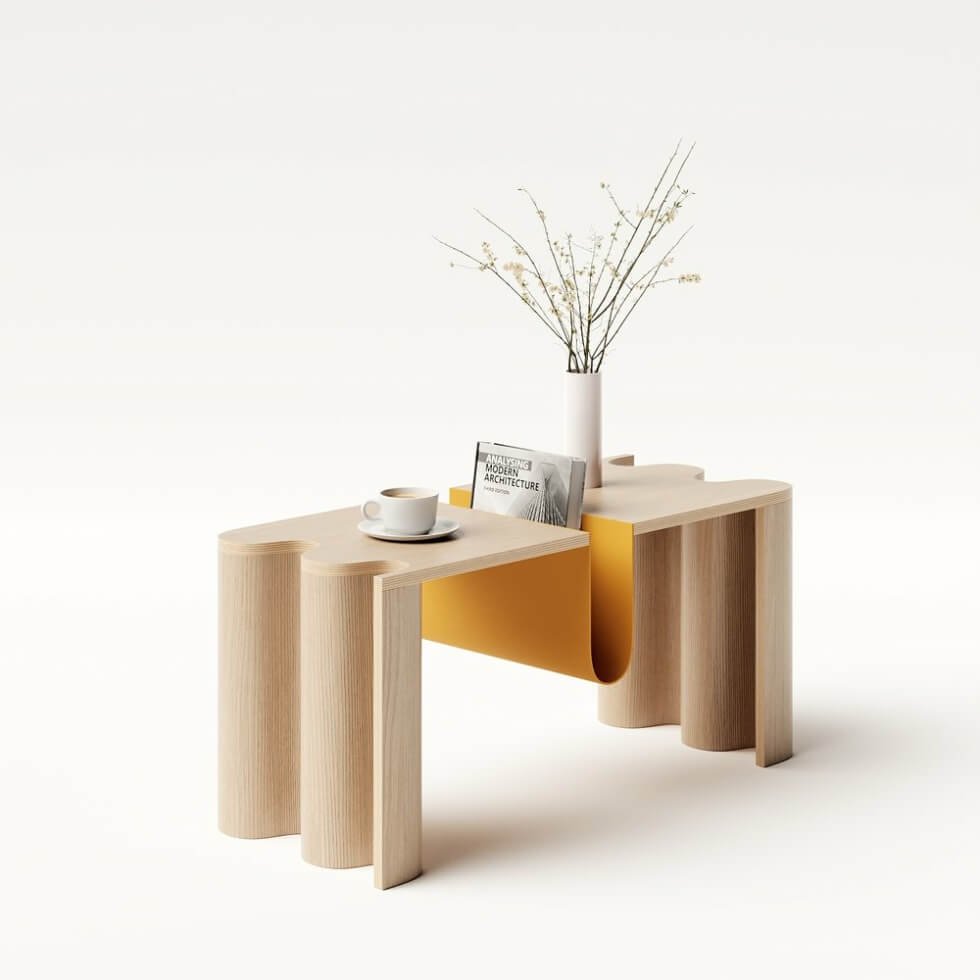 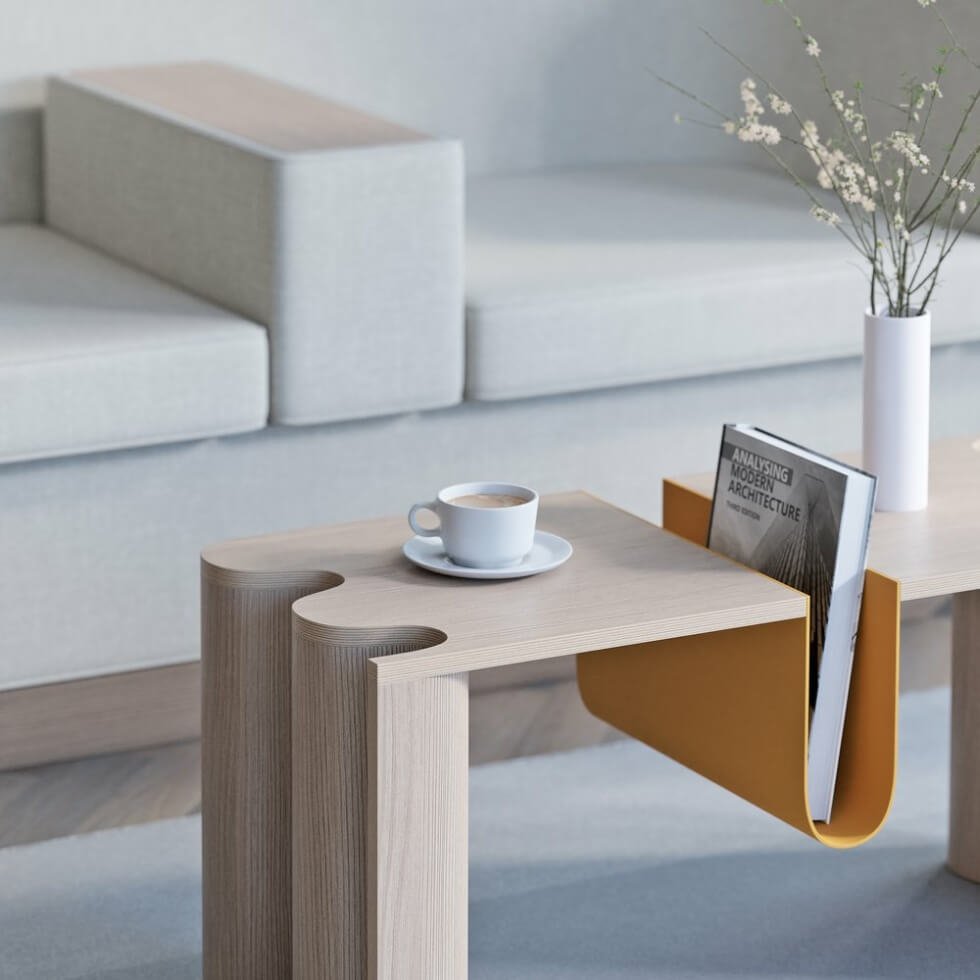 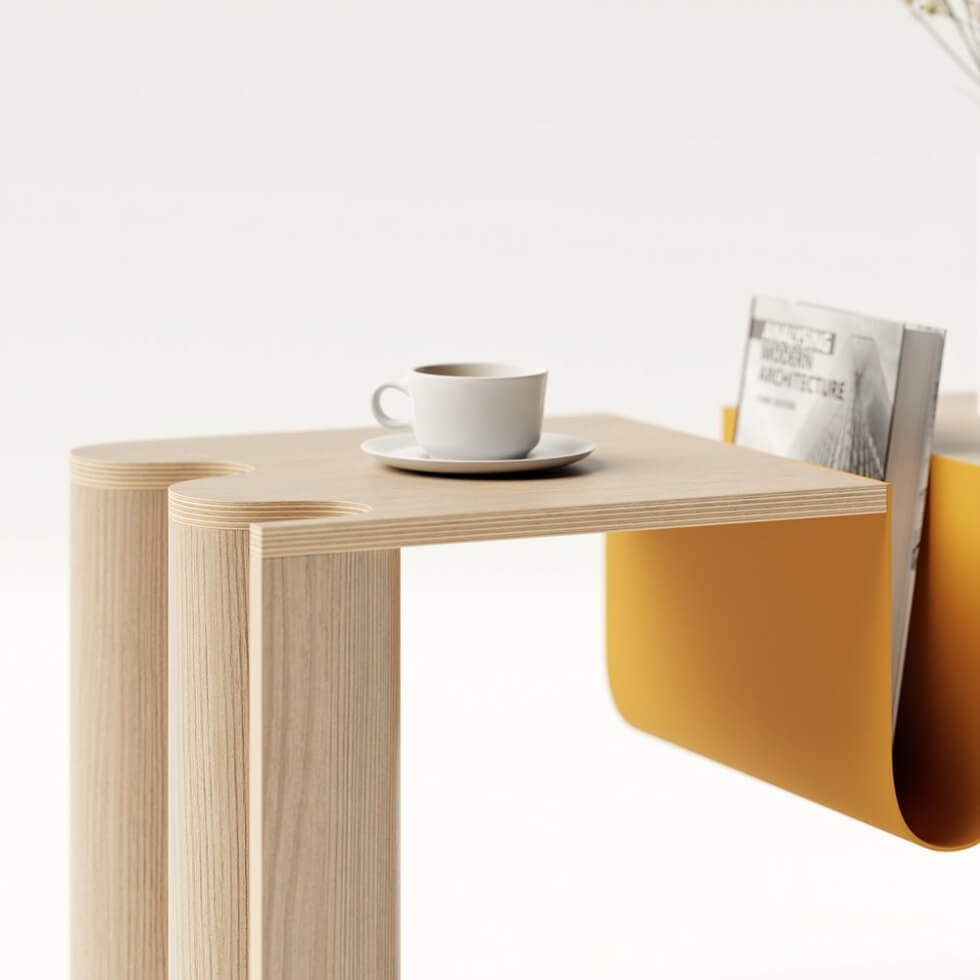 With a noise output at only 54 dBA, you can even take a nap outside while the Segway Navimow robot lawnmower works away.