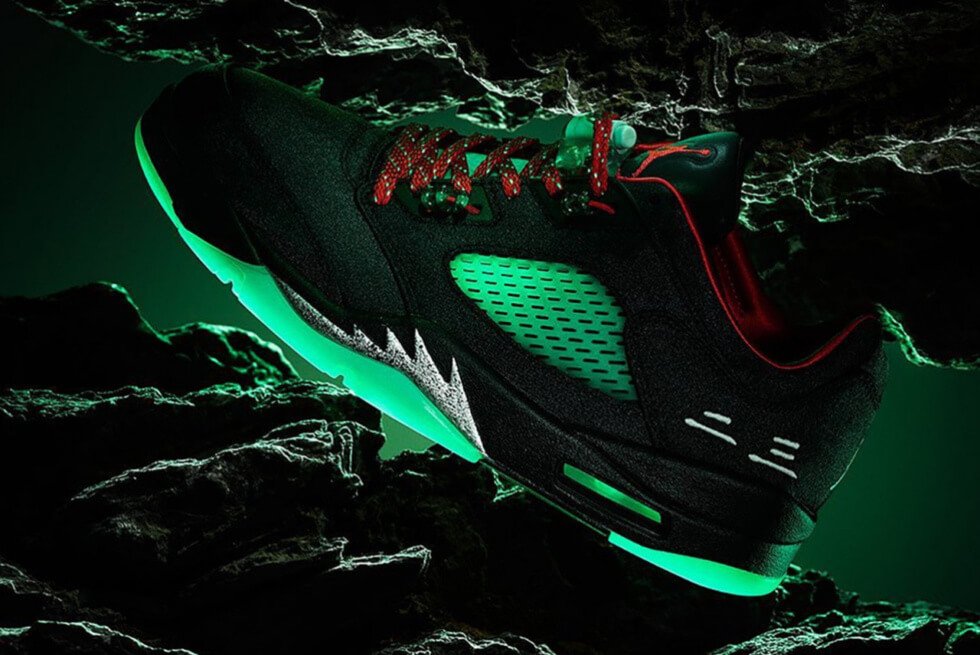 Ever since a collection of private photographs leaked online in 2008, many thought it was the end of Edison Chen’s career. Nevertheless, it seems the controversy has faded over the years. Moreover, a streetwear label he founded in 2003, is as relevant as ever. In fact, it’s dropping a new pair of kicks dubbed the CLOT x Air Jordan 5 Low Jade.

This collaboration between the Hong Kong-based fashion house and Nike highlights the traditional hue of its namesake. Although the mineral also comes in other chromatic combinations, most people associate it with green. The iconic silhouette welcomes an exclusive makeover with stylish elements that illuminate in the absence of light.

“It’s heritage and tradition infused with greatness, a truly shining example of the essence of a CLOT x Jordan Brand collab,” according to company Creative Director and founder, Chen. To ensure that its bespoke embellishments stand out, the Air Jordan 5 Low Jade comes with black satin uppers.

Contrasting the stealthy color are crimson accents on the tongue’s Jumpman emblem, lining, reflective laces, and lacing system. We can also see some additional accessories such as the jade beads arranged in groups of two and three. Embroidered on the lateral side of the heels is “二三” which is Chinese for “23”

A two-tone midsole in black and green shows an Air unit near the heel and speckled shark-tooth patterns midfoot. Above that is a glow-in-the-dark netting. Meanwhile, the heel counters of the Air Jordan 5 Low Jade show the Jumpman logo on the left and the CLOT emblem on the right. The shoes come with a special box alongside an extra pair of black reflective laces. 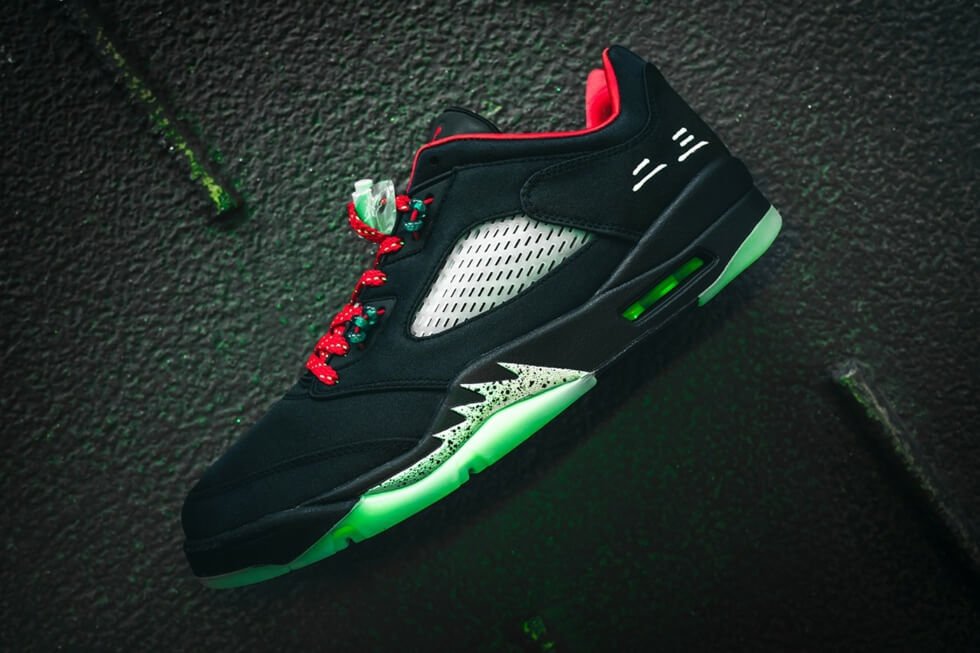 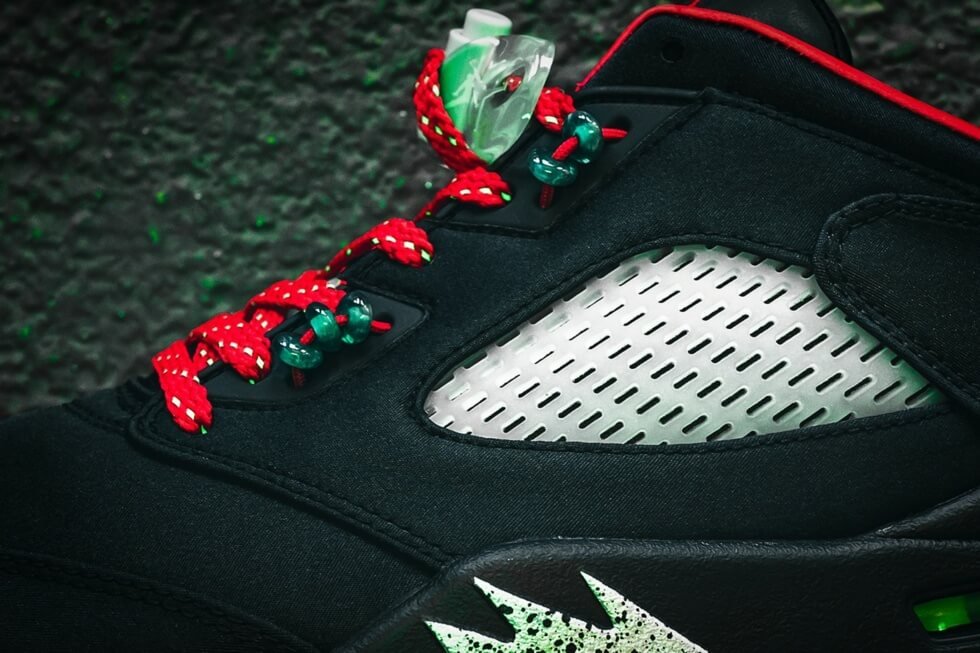 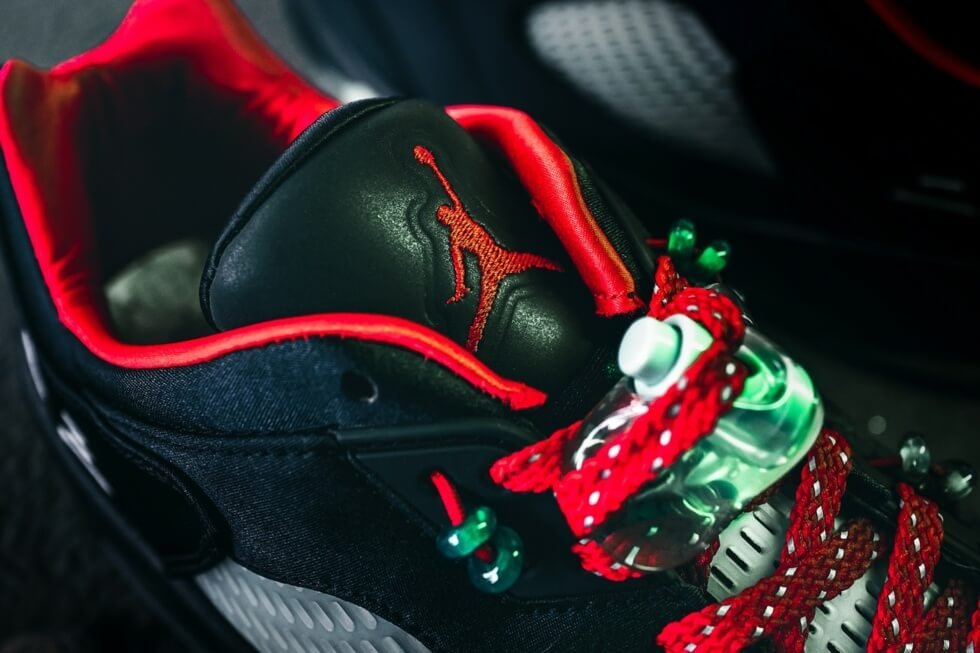 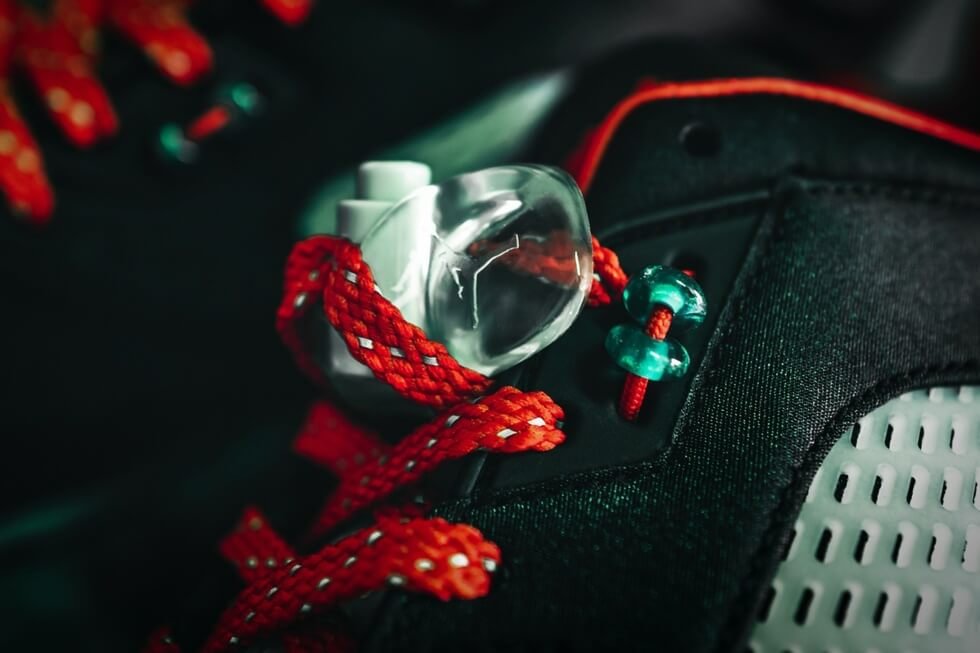 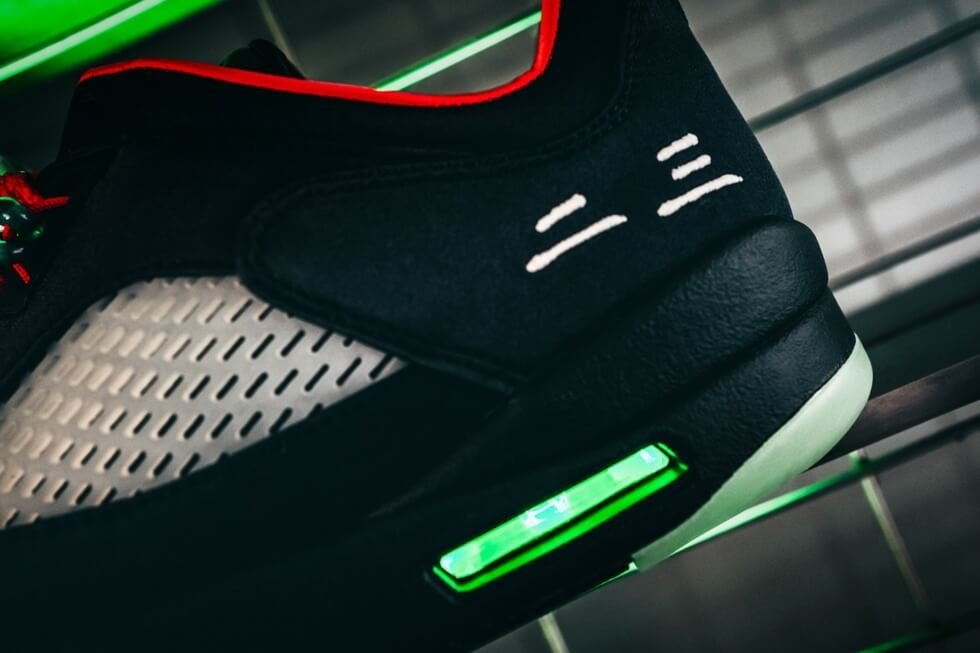 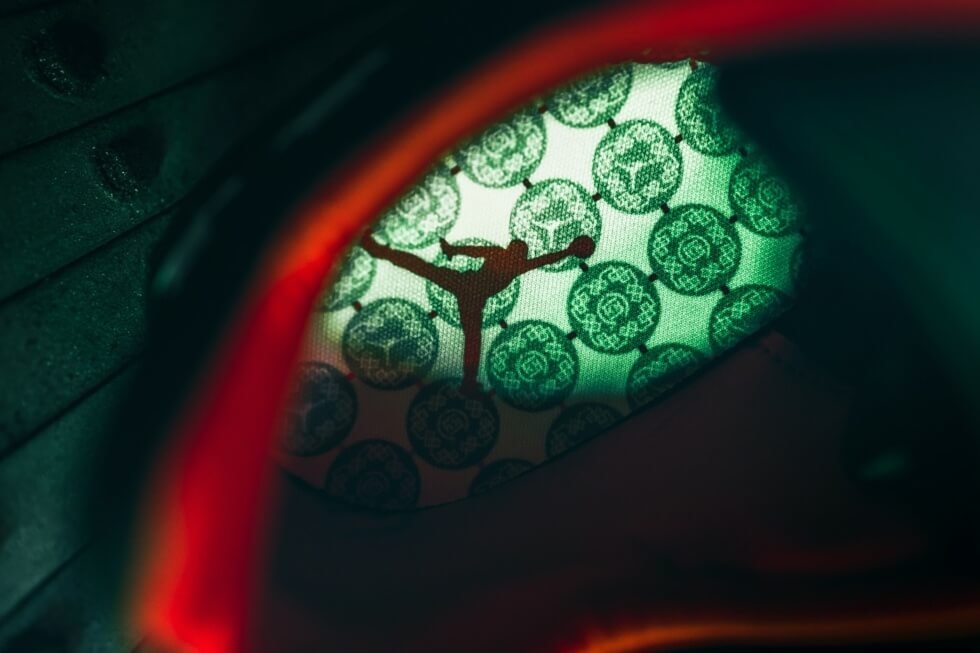 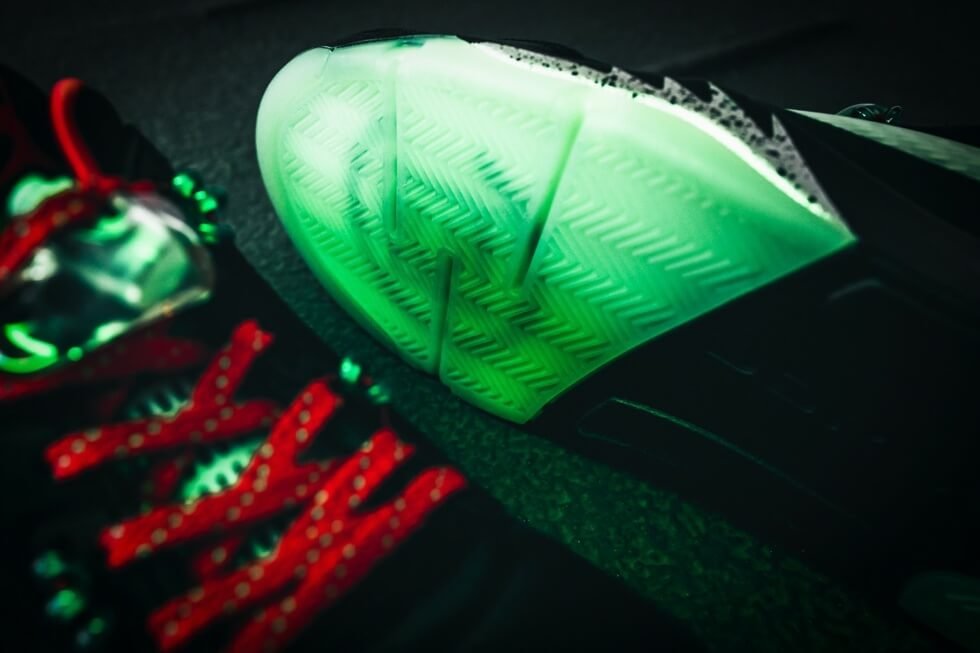 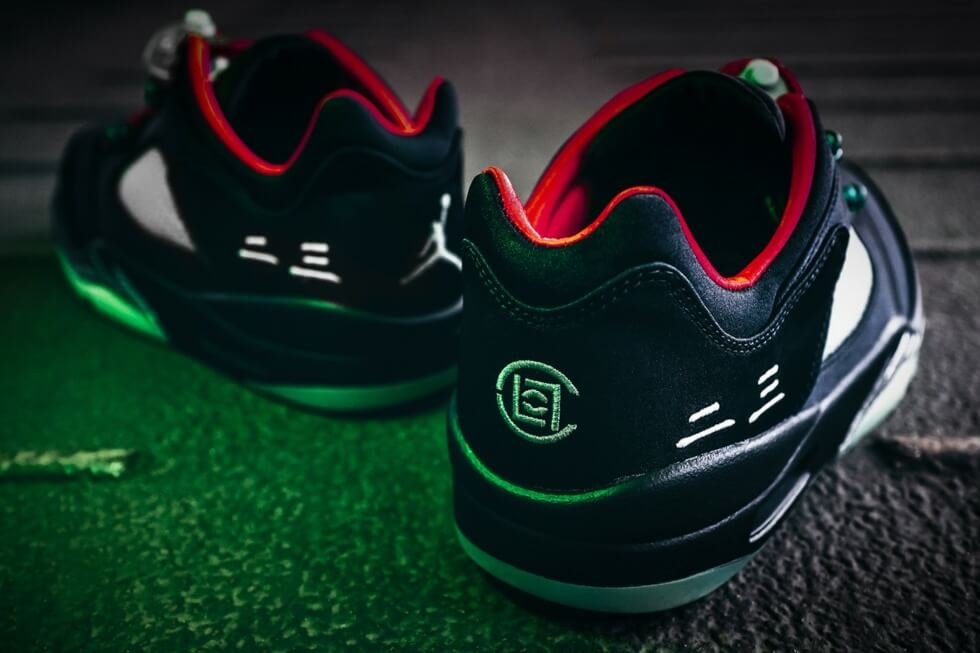 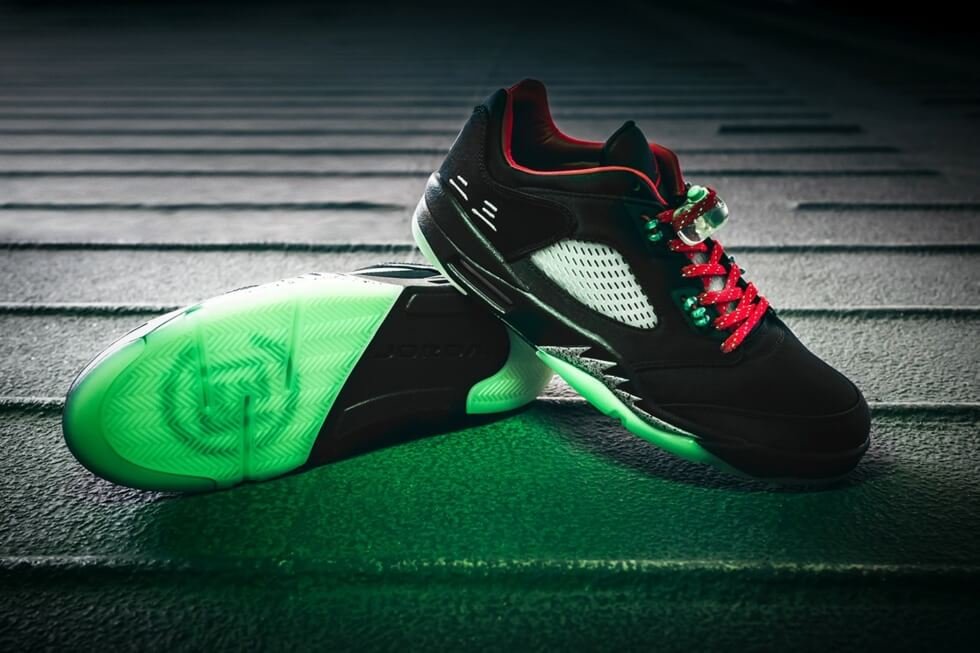 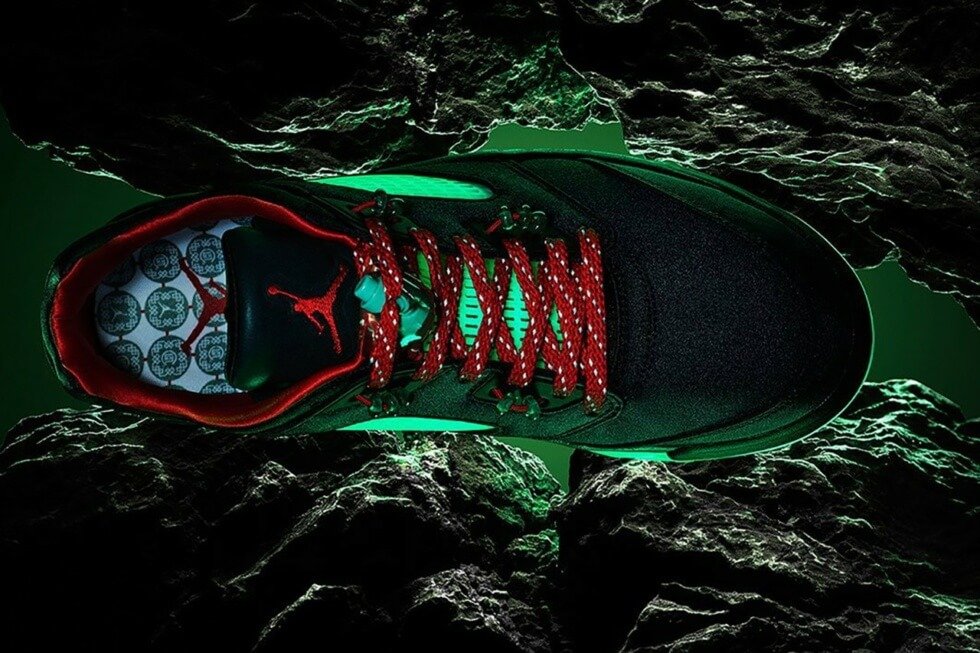 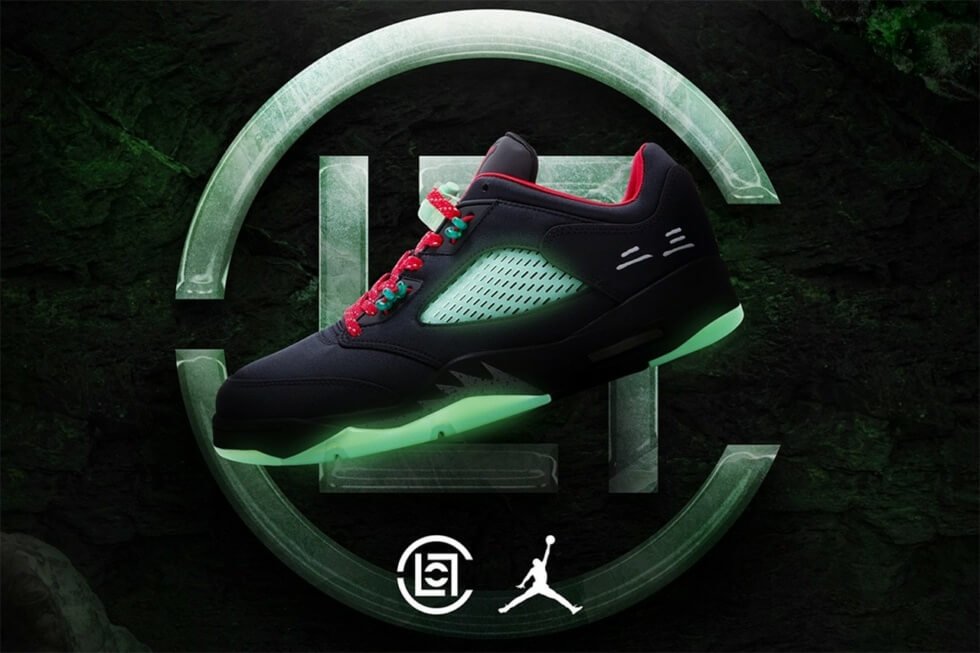