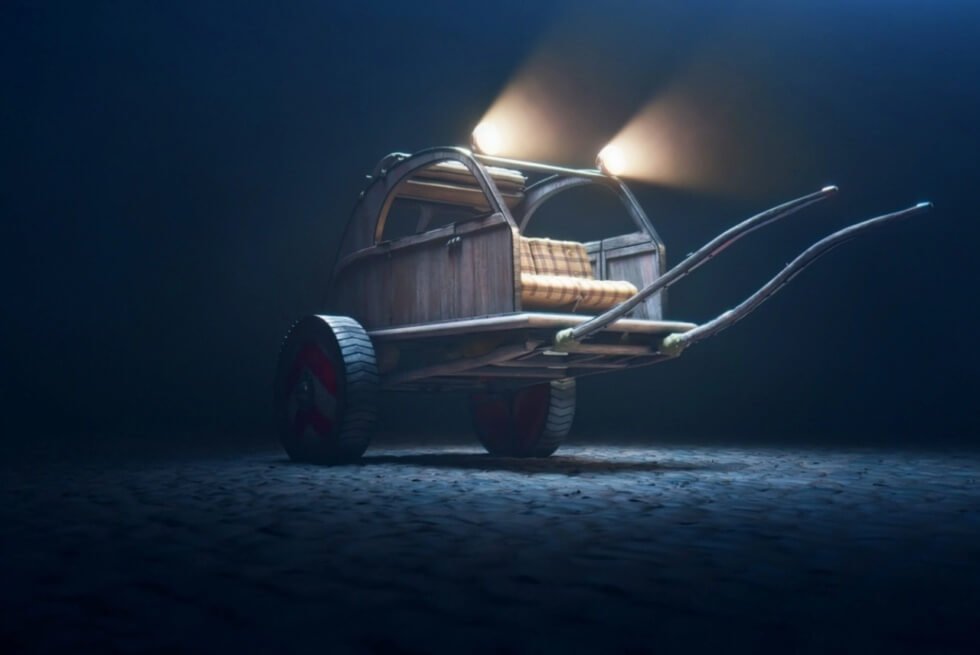 Citroën Designs A 2CV Chariot Concept That Will Star In ‘Asterix & Obelix: The Middle Kingdom’

A few months back, fans of René Goscinny and Albert Uderzo’s comic book were treated to the official trailer for Asterix & Obelix: The Middle Kingdom. The film features the titular duo in an adventure that takes them to imperial China. Meanwhile, Citroën unveils a whimsical concept chariot based on the 2CV which will also star in the movie.

We hope other carmakers take a cue from this and reimagine what their iconic silhouettes would look like as chariots. Nonetheless, The French marque pokes fun at its economy family car in the most creative way possible. It’s not easy to figure out what primitive technology could stand in for modern components.

Since this is a chariot version of the 2CV, it essentially needs two steeds to pull it along. Hence, we’re looking at roughly a two-horsepower output. Its outline resembles the rear section of the vehicle it pays tribute to and even sports the Citroën emblem on the back.

It reportedly took the team less than three months to come up with the 2CV chariot. For comparison, Citroën typically needs at least 12 months to prepare their concept vehicles. It’s impressive how this horse-driven platform manages to integrate everything the company stands for.

For a smooth ride, it uses inflated boar stomachs as suspension units. There are even a sunroof and roof lights illuminated by magical fireflies. Meanwhile, shields with Citroën’s chevron logo function as wheels.

Citroën Global Design Director Pierre Leclercq states, “we were presented with this incredible opportunity to create and build a concept chariot from scratch, and we had the most amazing time working on this project. The result is an ode to the 2CV, the legendary car which represents Citroën in all its glory.”