With a thought toward positioning themselves in the Overland Expedition Pickup niche, Chevrolet just introduced a new concept vehicle at the SEMA show this year. Partnering with American Expedition Vehicles (AEV), Chevrolet has pumped up the Colorado ZR2 with just about everything needed for an overland adventure.

While the standard equipment, from suspension system to the 2.8-liter Duramax turbo-diesel engine, is the same, everything about the AEV Chevy Colorado ZR2 has been reworked, added to, or improved. This mean concept has an extra 1.5″ lift, performance exhaust, rear skid plates, a steel driveshaft, off-road air intake, and extended wheel studs riding on 33″Goodyear Wrangler MT/R tires. There are Multimatic Dynamic Suspensions Spool Valve shocks, jounce shocks front and back, a front half-shaft, high-angle ball joints, rear leaf springs, and a rear differential cover. 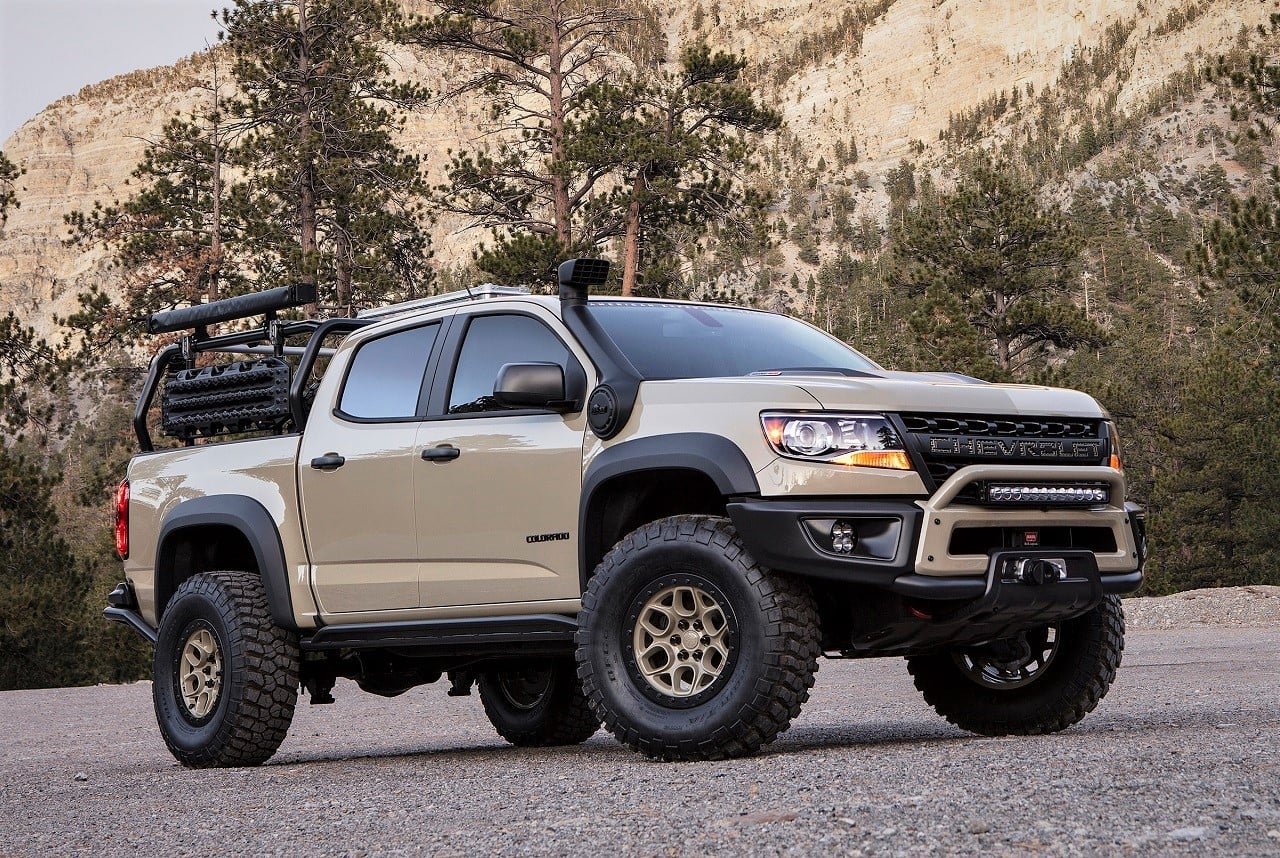 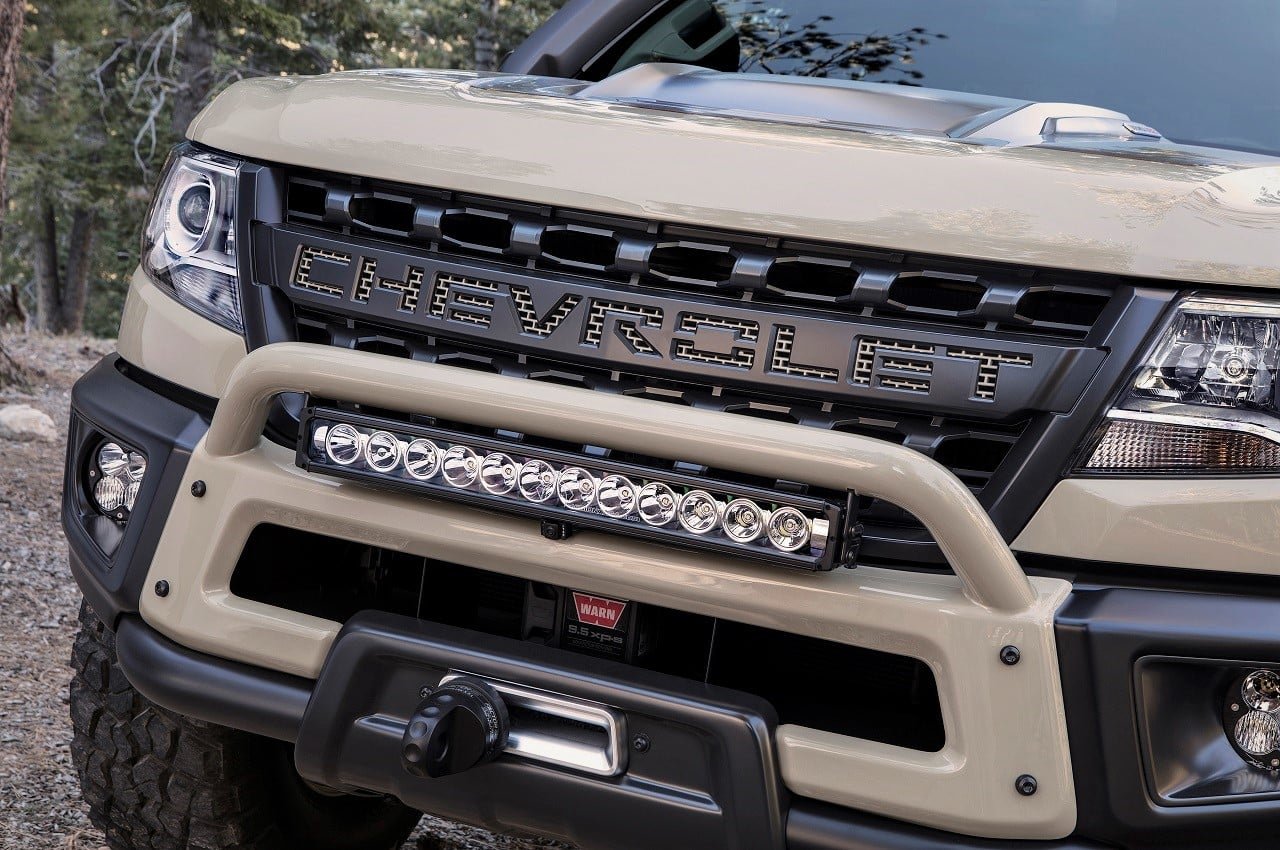 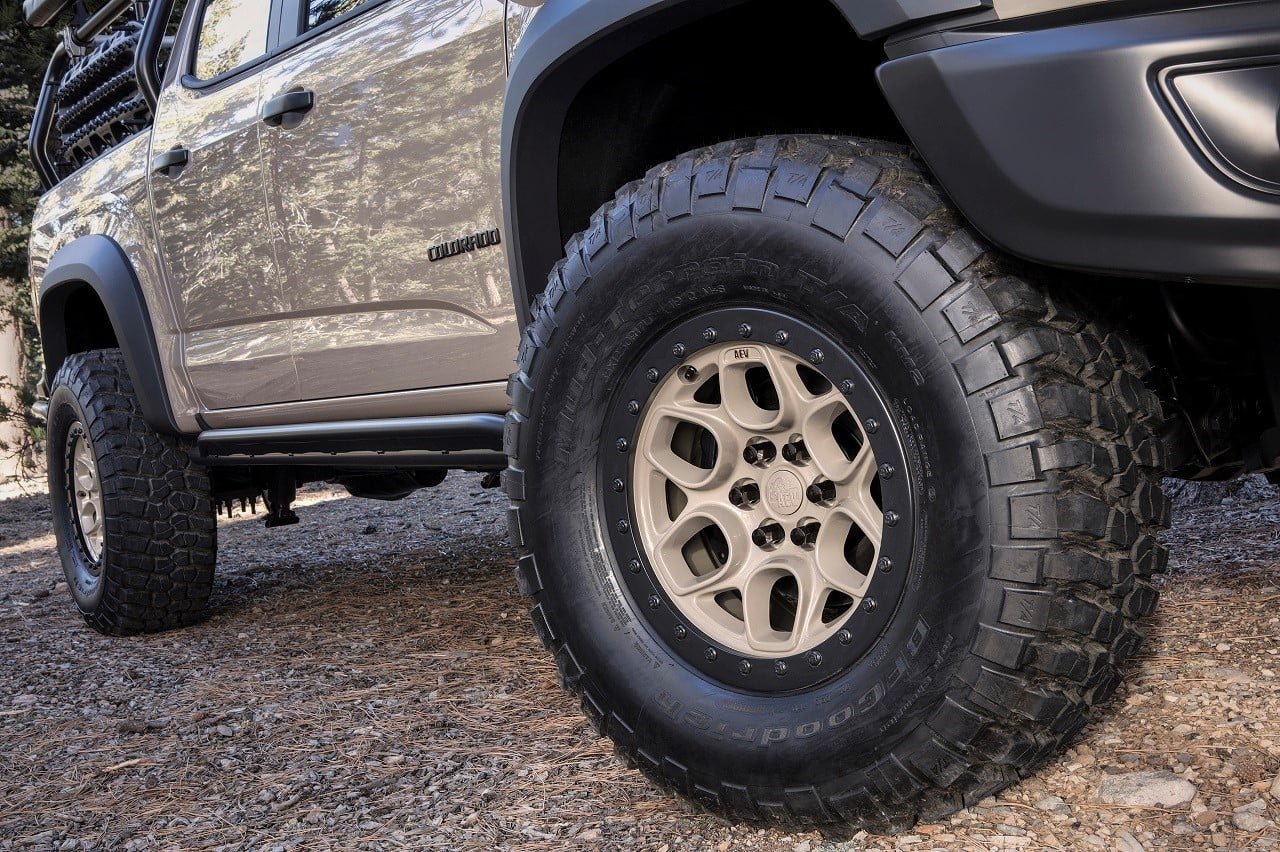