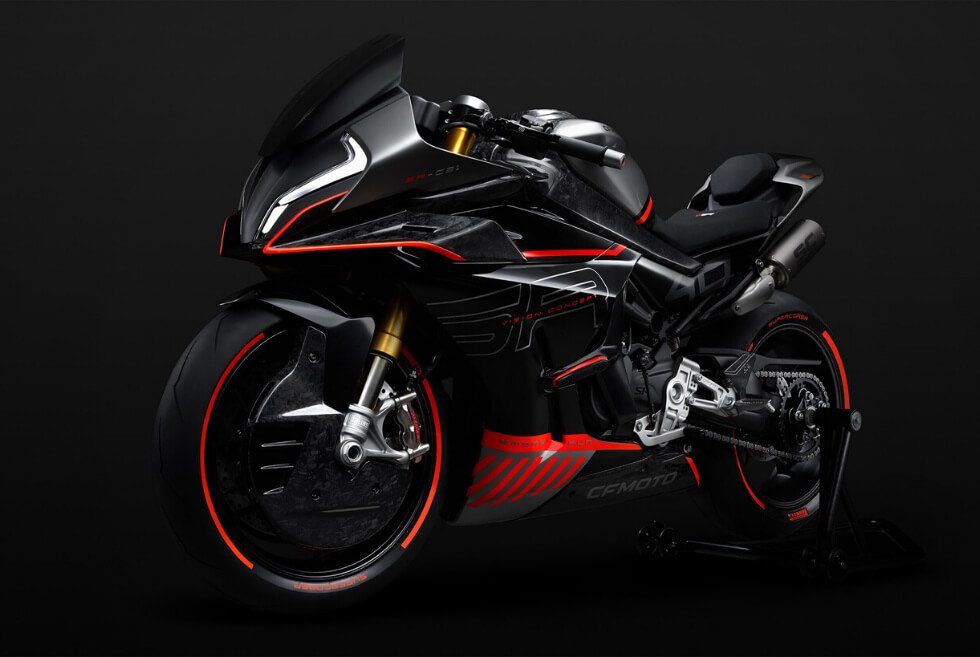 More often than not, some of the most striking designs can come from unlikely places. Superbike enthusiasts are so used to seeing these in models built by certain manufacturers from Japan, Italy, Germany. As such, some might not expect something like the SR-C21 Vision Concept to actually come from a Chinese marque.

This here is a bit confusing if you really look at it given CFMOTO is based in China. However, credit for this design and build goes to the company’s European team. Still, what matters is the stunning machine that is in front of us right now. It’s brimming with the latest tech and ready to race

Although this is just a concept, they have the capacity to bring this into production, which we hope they do. The moment you spot the winglets, it tells us the SR-C21 Vision Concept is built with performance and handling at the core. The all-black theme with red accents adds to its aggressive character along with the sleek outline.

We can also spot graphics in gray to contrast the darker tone of its body which gives its sportier vibe. Some sections of the SR-C21 Vision Concept stand out since these are forged carbon fiber. The metallic yellow of the inverted forks peek behind the aerodynamic fairings, while Öhlins suspension is equipped on both ends.

Brembo Stylema brake systems ensure reliable stopping power with a forged carbon fiber disc cover for the front. The two forged wheels in black are wrapped in Pirelli Supercrosa tires ready for the tracks. CFMoto did not disclose the powertrain of the SR-C21 Vision Concept, but they will likely source it from KTM.

Discover more of their offerings: here 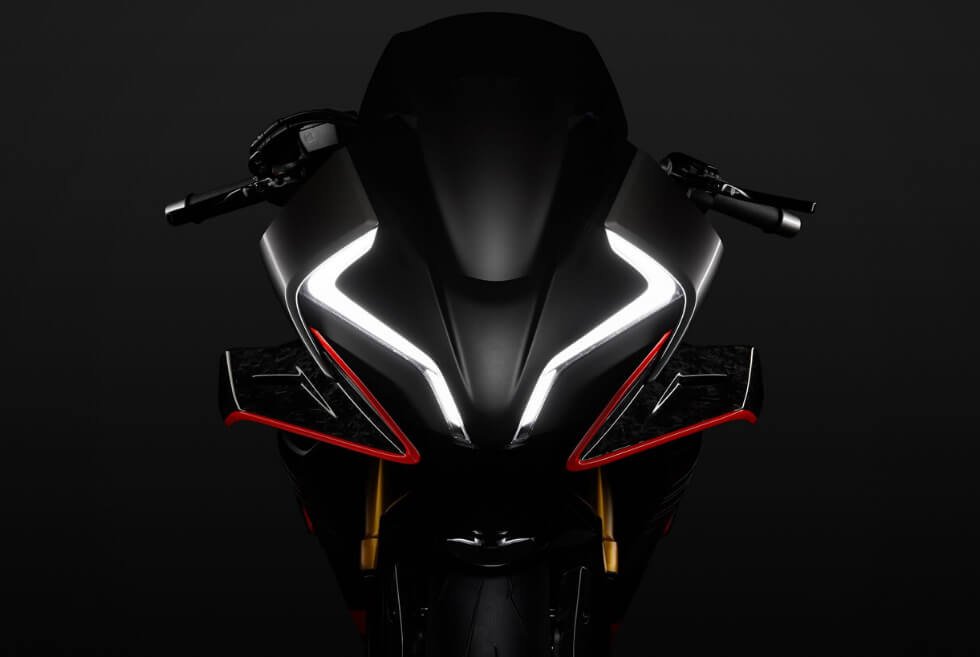 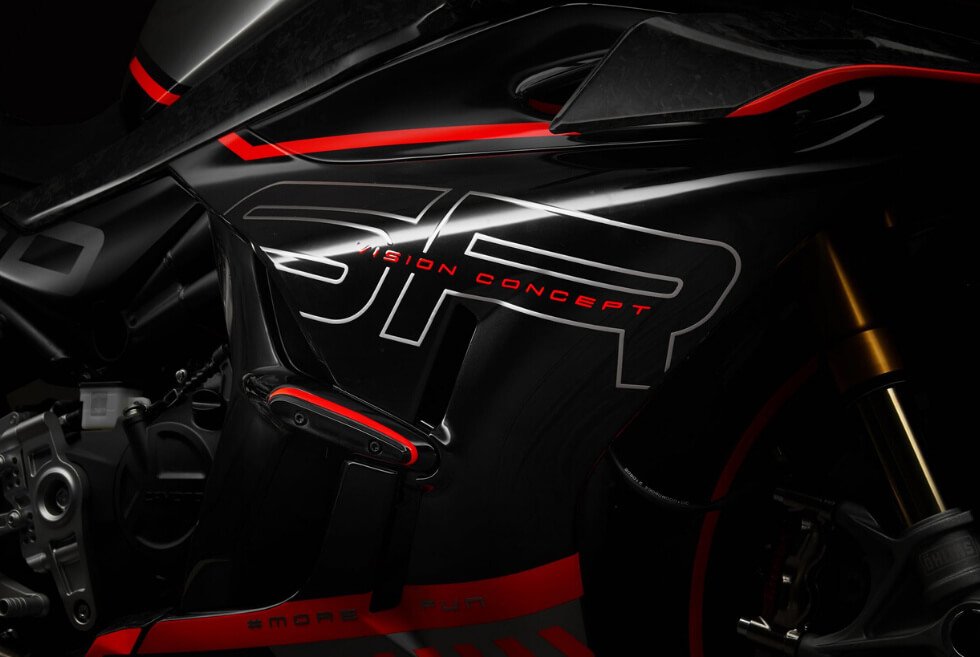 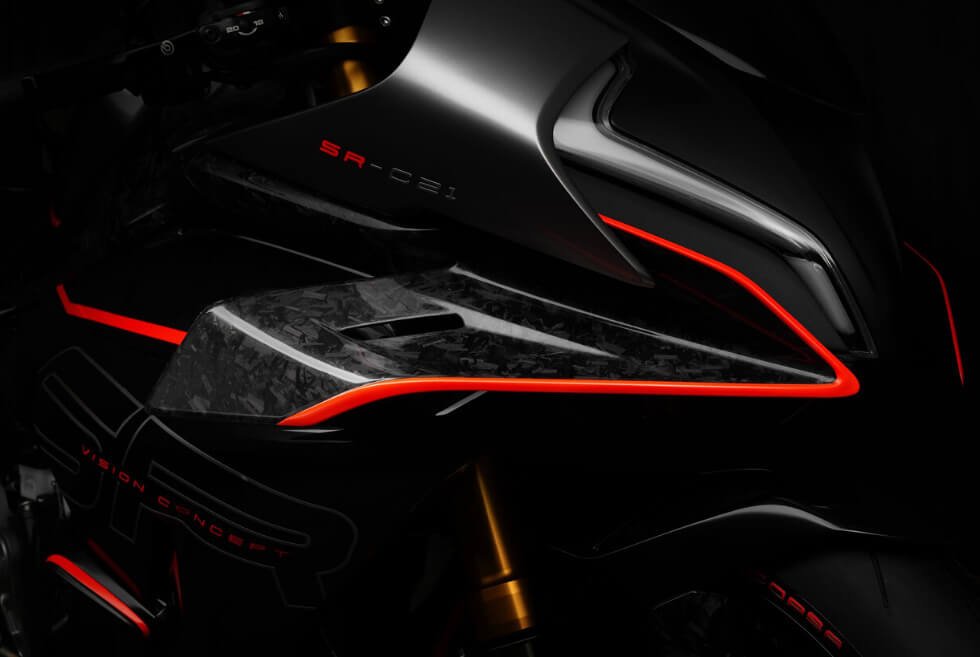 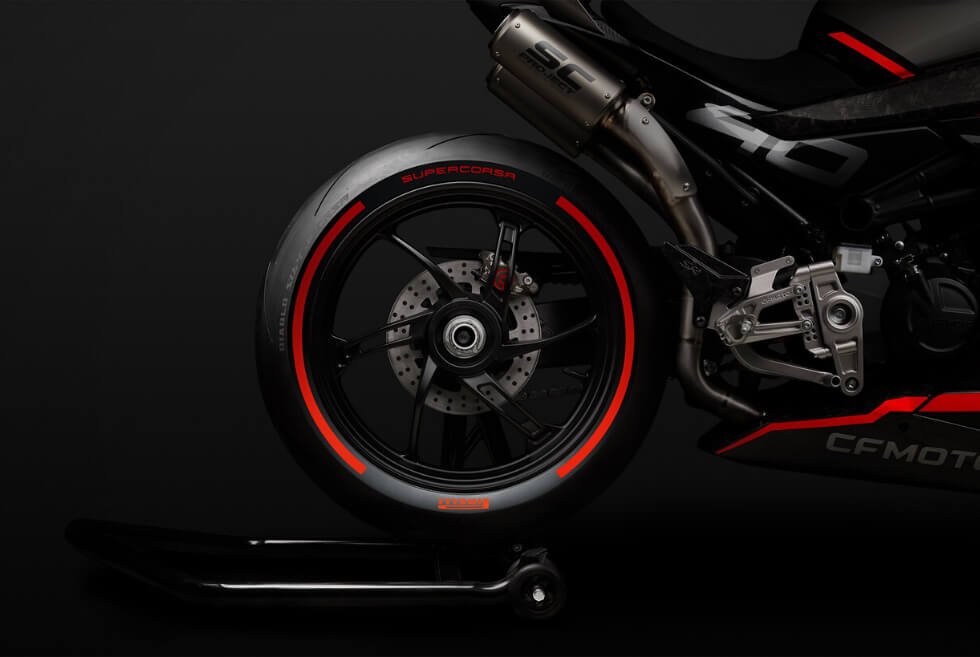 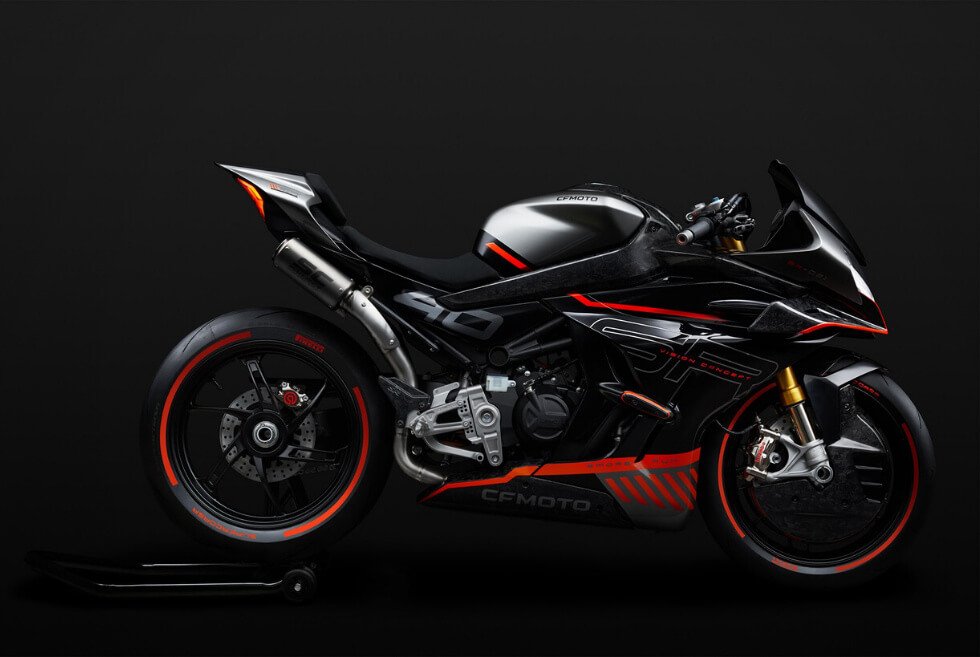 Hosting the sale of this classy 1973 Ferrari 246 Dino GTS is Girardo & Co. which confirms everything is original with matching numbers.