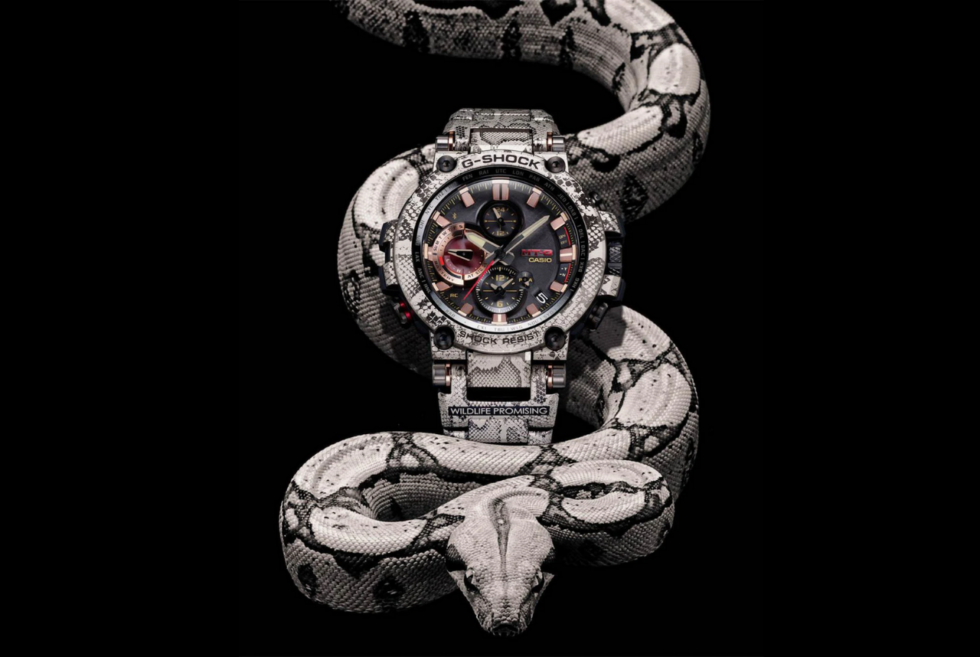 Casio has been expanding the reach of its G-SHOCK catalogue via collaborations. So far, it has been great for collectors who are always on the lookout for limited-edition releases. We recently featured the Shougeki-Maru – a samurai-inspired MR-G – which touts a unique appearance thanks to its brown AIP and navy-blue accents. To our delight, the Japanese manufacturer is following up with another stunning tie-in with Wildlife Promising. We love the menacing look the comes from the serpentine pattern of the MTGB1000WLP1.

According to a press release from Casio, it is partnering with the non-profit organization which focuses on preserving the diverse African wildlife. What makes the MTGB1000WLP1 unique is the presentation of its stainless-steel bezel, case, and band. The sinister vibe comes from the laser-etched markings that resemble the skin of the African Rock Python. You have shades of brown, gold, and black that combine for a cohesive colorway.

It does not stop there as the dial of the watch also sports outlines of the scales that can only be seen up close. From afar, it appears to be deep burgundy with the Casio MT-G badging beside the 3 o’clock marker. G-SHOCK also points out that bright red second hand of the MTGB1000WLP1 matches the color of the snake’s tongue.

Among the three sub-dials, the one at the 9 o’clock marker showcases an indicator that mimics the pattern on the African Rock Python’s head. Meanwhile, the Wildlife Promising branding can be seen on a section of the band near the lugs. Rose gold accents adorn the hour marker as well as one of the sub-dials. The G-SHOCK MTGB1000WLP1 boasts a sapphire crystal, solar power, atomic time calibration, Bluetooth connectivity, and more. 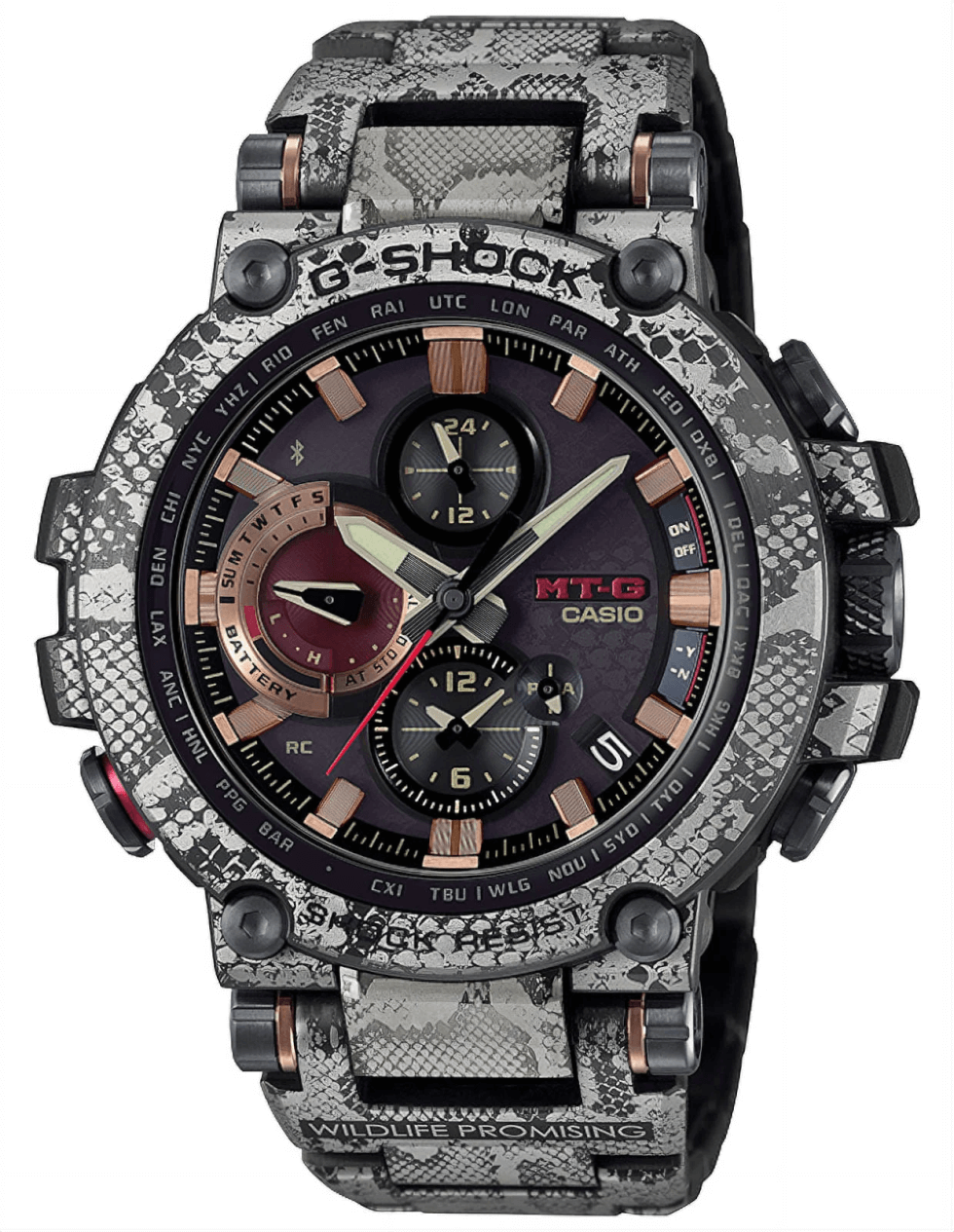 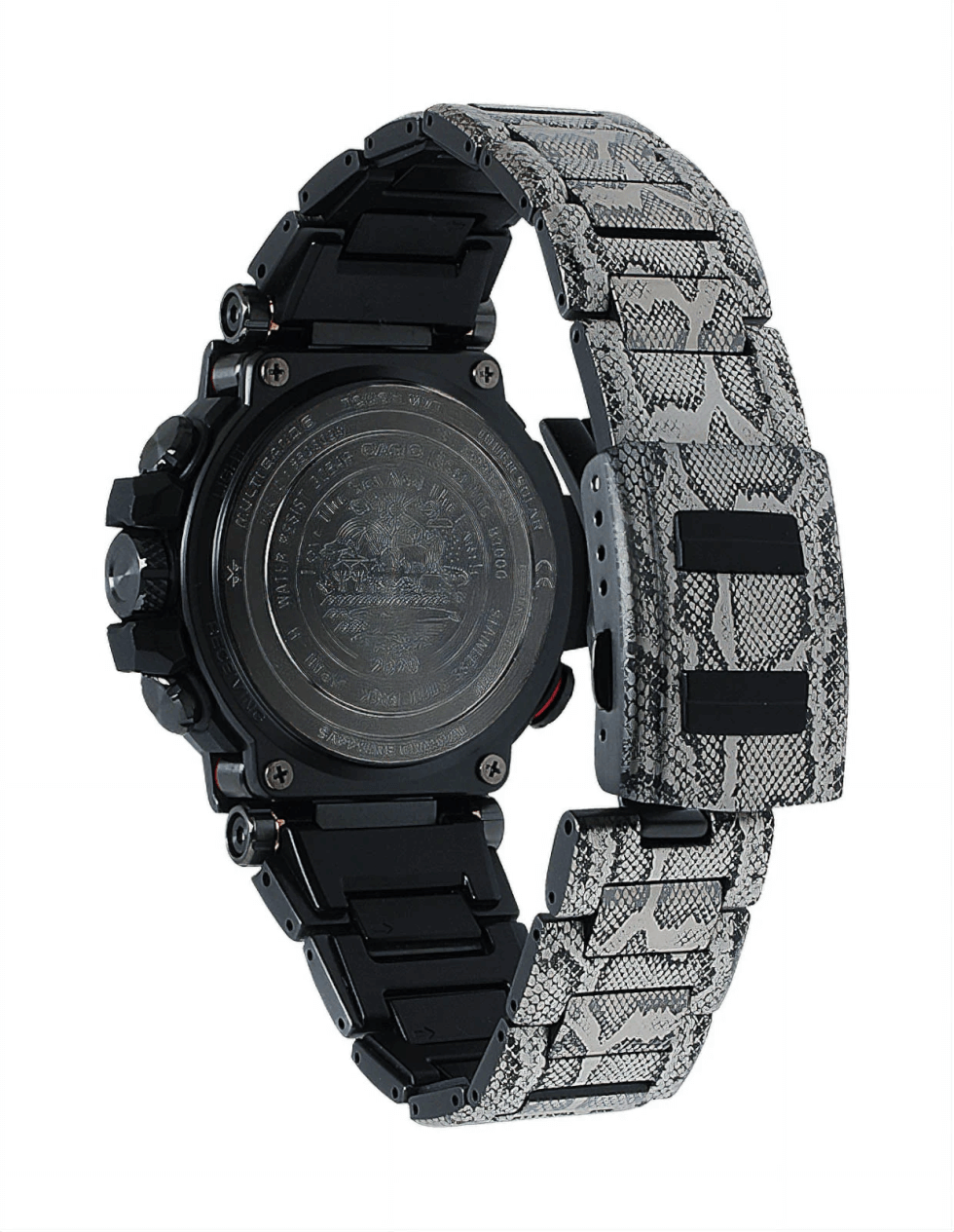