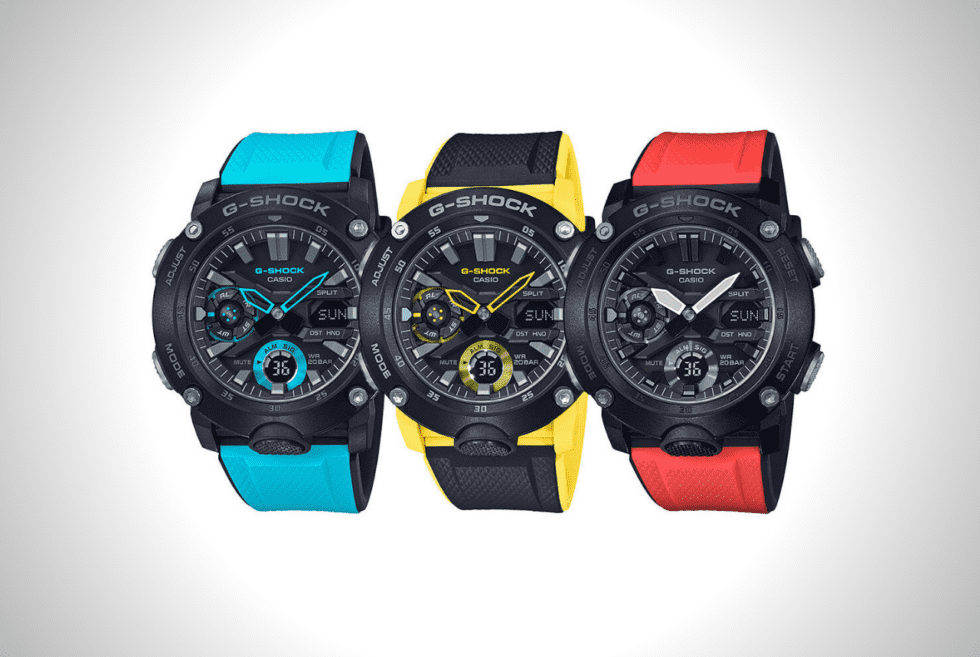 Luxurious timepieces look great if you’re attending the Met Gala, sure. But for something far more robust, there’s no better choice than the Casio G-Shock. This, the G-Shock GA-2000-1A2 Carbon Core can take some serious abuse and still look brutally cool all the while.

G-Shock watches are popular for their tough and built-to-last designs. They’re great companion timepieces for people venturing out into laborious conditions, especially in the outdoors. For decades, few have rivaled the watch lineup’s quality. This year, however, the formula gets a slight revamp with the Carbon Core GA-2000-1A2. This unit borrows heavily from Carbon aerospace design by integrating carbon fiber throughout the entire build. The result is a G-Shock that’s as tough and robust as its older siblings, but lighter.

To achieve the Carbon Core case, Casio combined resin with carbon fiber. This made for a case that’s in fact more durable than either of those materials individually. It’s also very light at just 64 grams, which is a full 10 grams less than typical G-Shocks. Don’t take its lightness for fragility, though. Mind you, it’s still got a monocoque construction that’s can withstand severe shock. And it’s water-resistant down to 200 meters.

It’s also a nice-looking gear when treated solely as a timepiece. There’s the Japanese quartz movement underneath, an a watch face that’s very legible with both digital and analog readouts. It all comes together with this three-dimensional face that introduces some much-needed zing to its sleek, svelte frame. Check out the link below to for more information.

The Kylo Ren helmet replica from DENUO NOVO will ship ready to wear and should comfortably fit up to size 8 U.S. hat sizes

On Cloud X Shift absorbs shock in every direction and responds to every movement for an agile, adaptive step wherever you go.