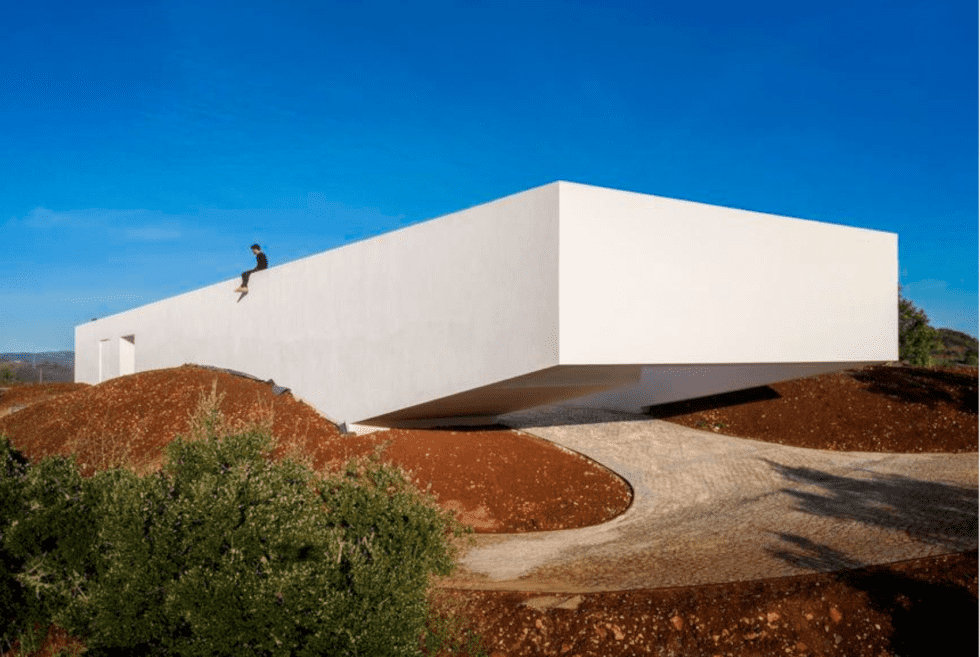 Architect Vítor Vilhena’s Casa Em Silves is a linear, all-white bungalow in southern Portugal. Specifically, it’s in the São Bartolomeu de Messines, an inland algarve village. It’s important to note the place — the residence strays far from the tourism that flocks the coast. And it’s enveloped by a green terrain, like a safeguard, almost.

With that, it’s not difficult to pinpoint where Vilhena’s interests lie. There’s openness, and a sense of calmed-down luxury that prefers the sublime over ingratiating show-offiness. Yet there’s also the matter of its remoteness. The house is heavy with insular appeal — you’ll want to live her if you want to escape the world.

Another example: The home’s open plan includes a lounge, dining room, and kitchen. The bedrooms and service entrance, meanwhile, hide in more private and secluded areas. Go to the north and you’ll find a cantilevered roof, which offers access a two-car garage. Wander further and you’ll end up at a hidden staircase that stretches toward the roof terrace.

It’s got a swimming pool, to boot. But not like your typical pool. The design is pristine, but brutal. The pool’s elements are deconstructed down to their most basic level. It’s a rectangular basin of water. That’s it. Vilhena doesn’t like to complicate. But he doesn’t leave out flair, either.

Casa Em Silves effectively tries to blur the line between indoors and outdoors. It asks not to strip either of their essential components, but instead find what connects them. In this case, shelter doesn’t mean hideaway — it means dynamic space. 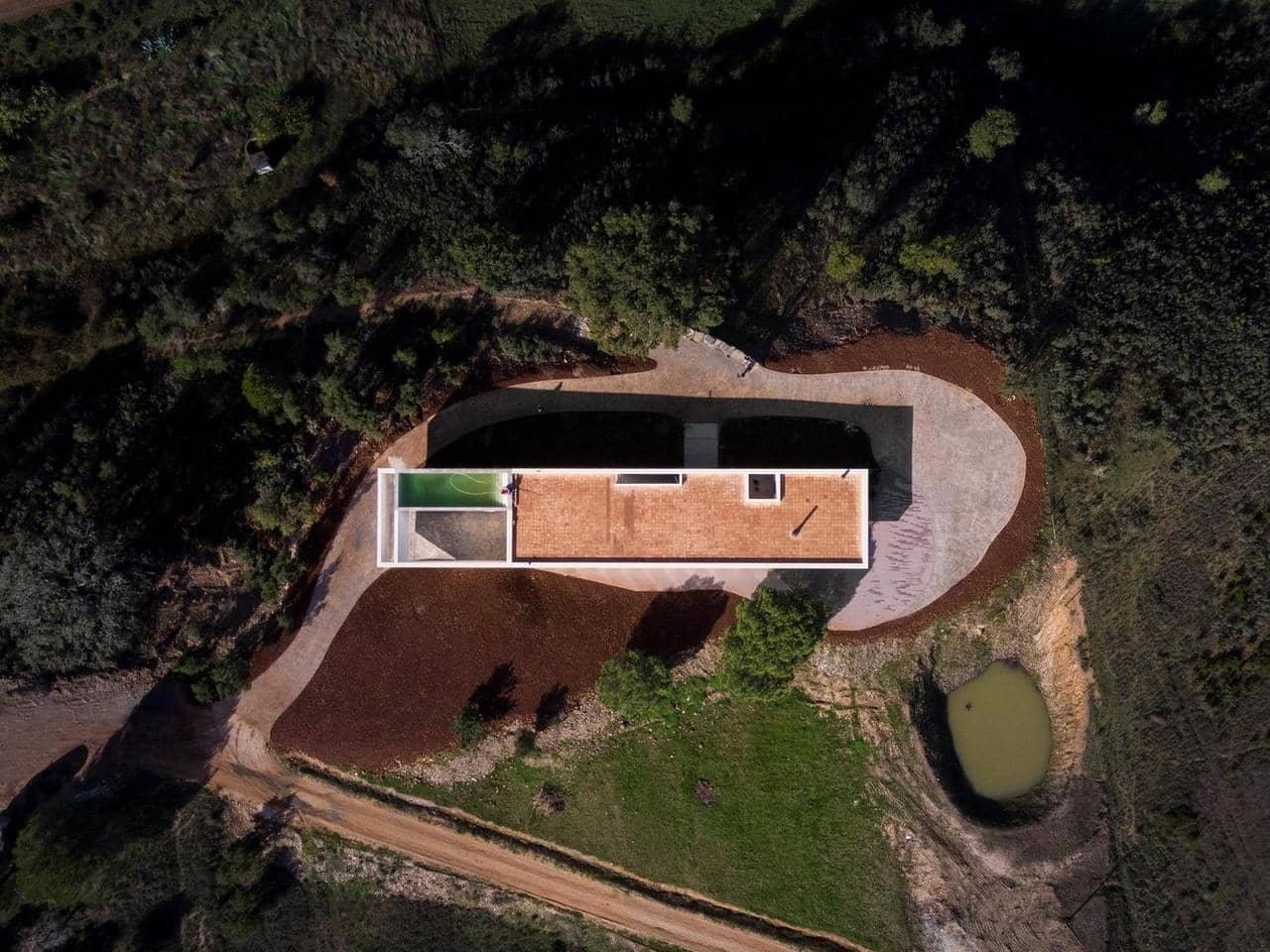 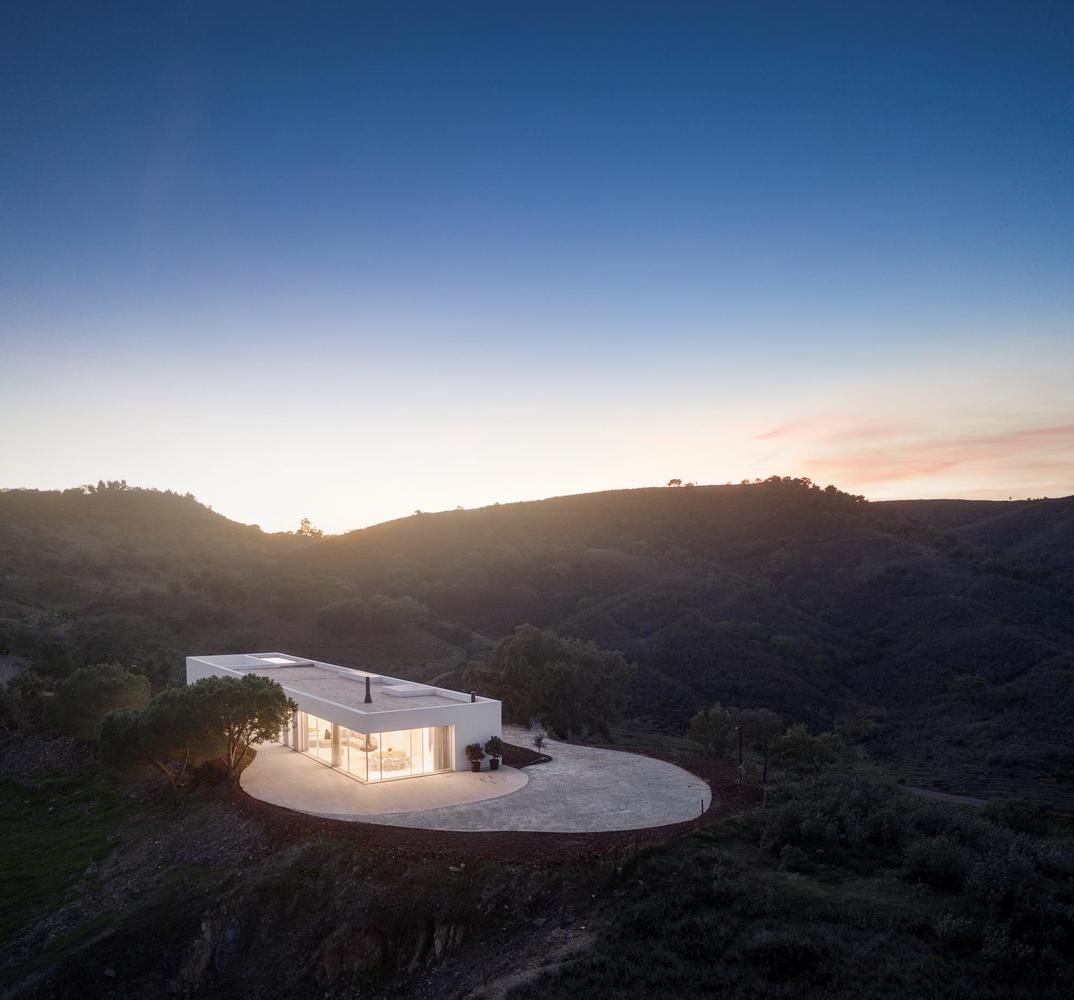 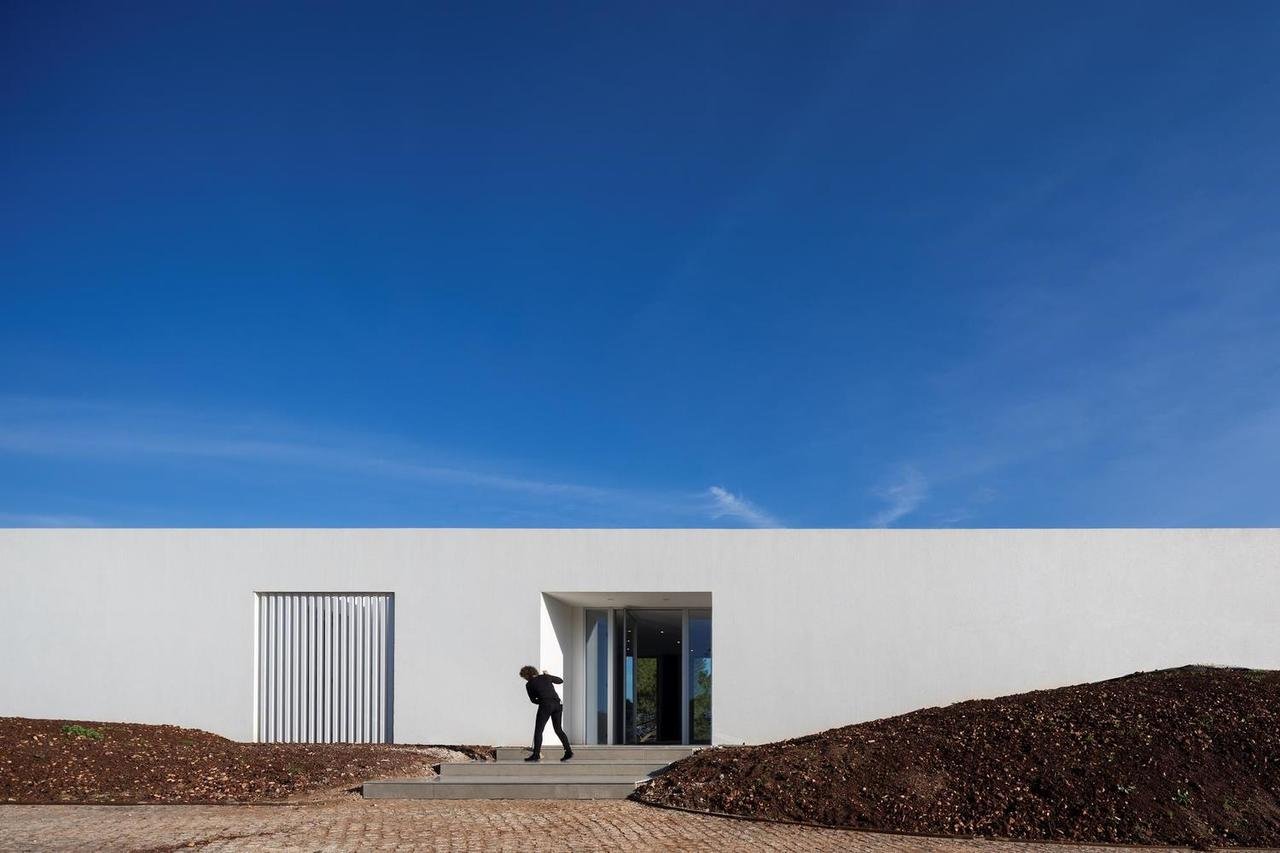 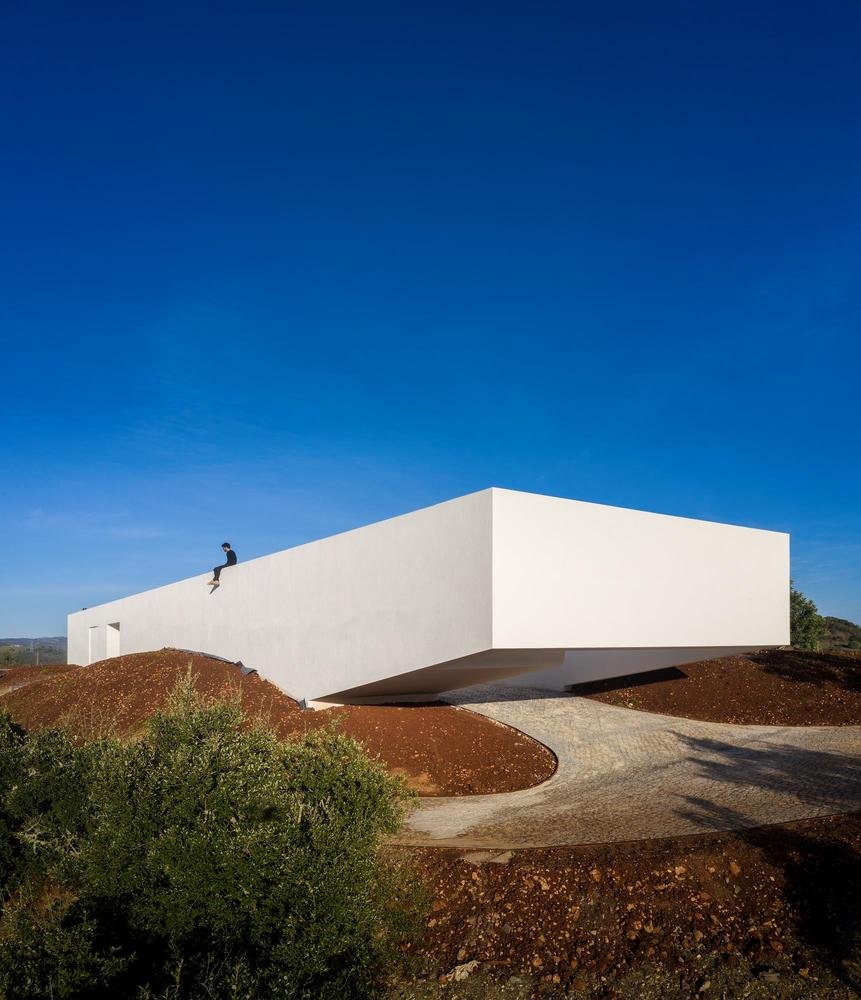 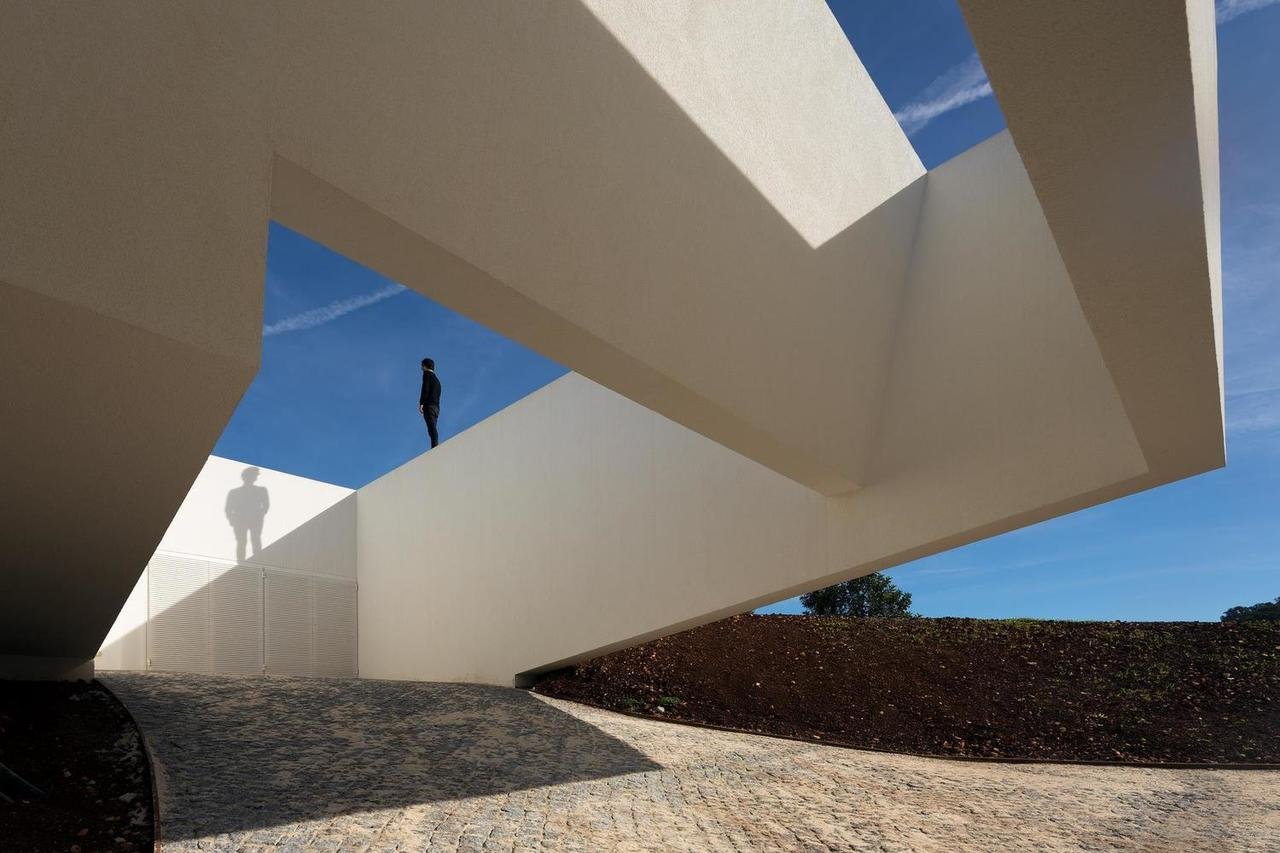 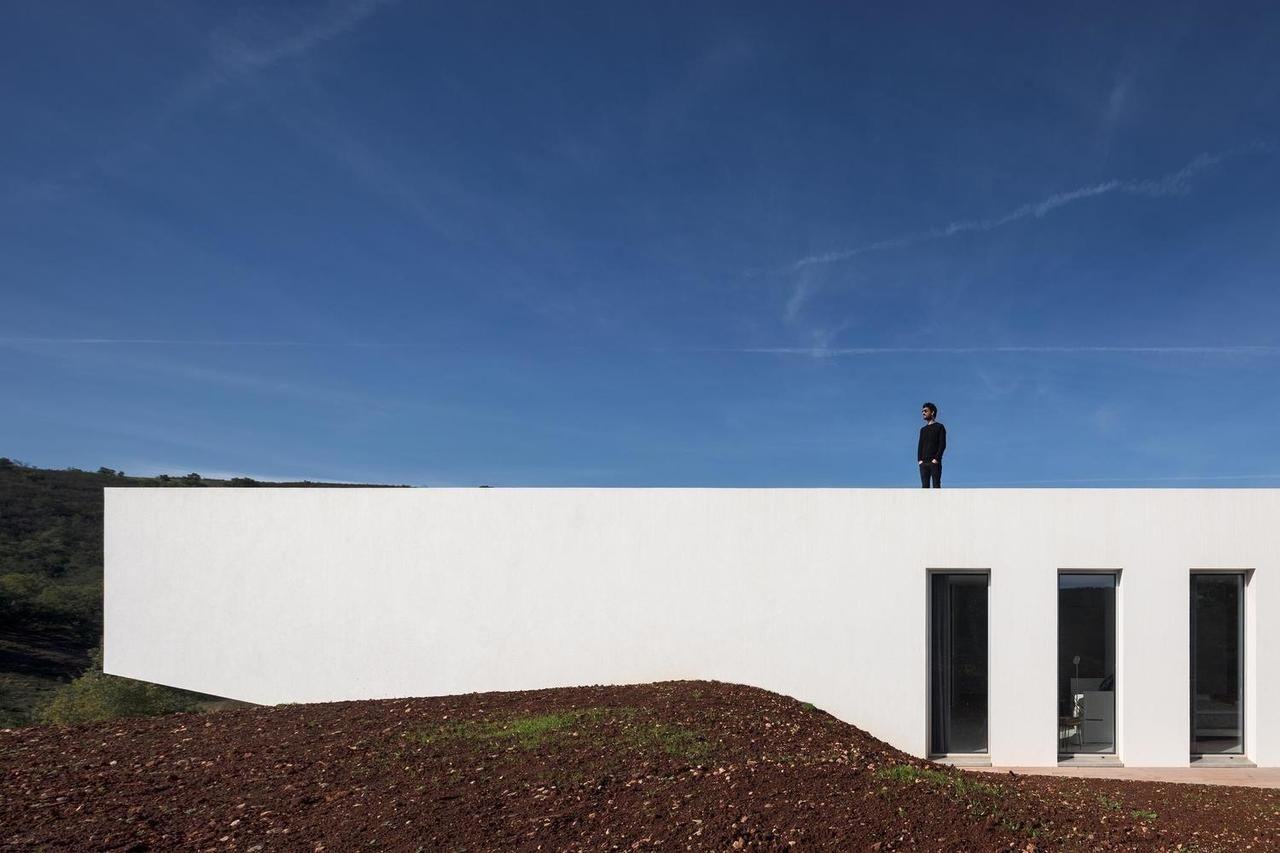 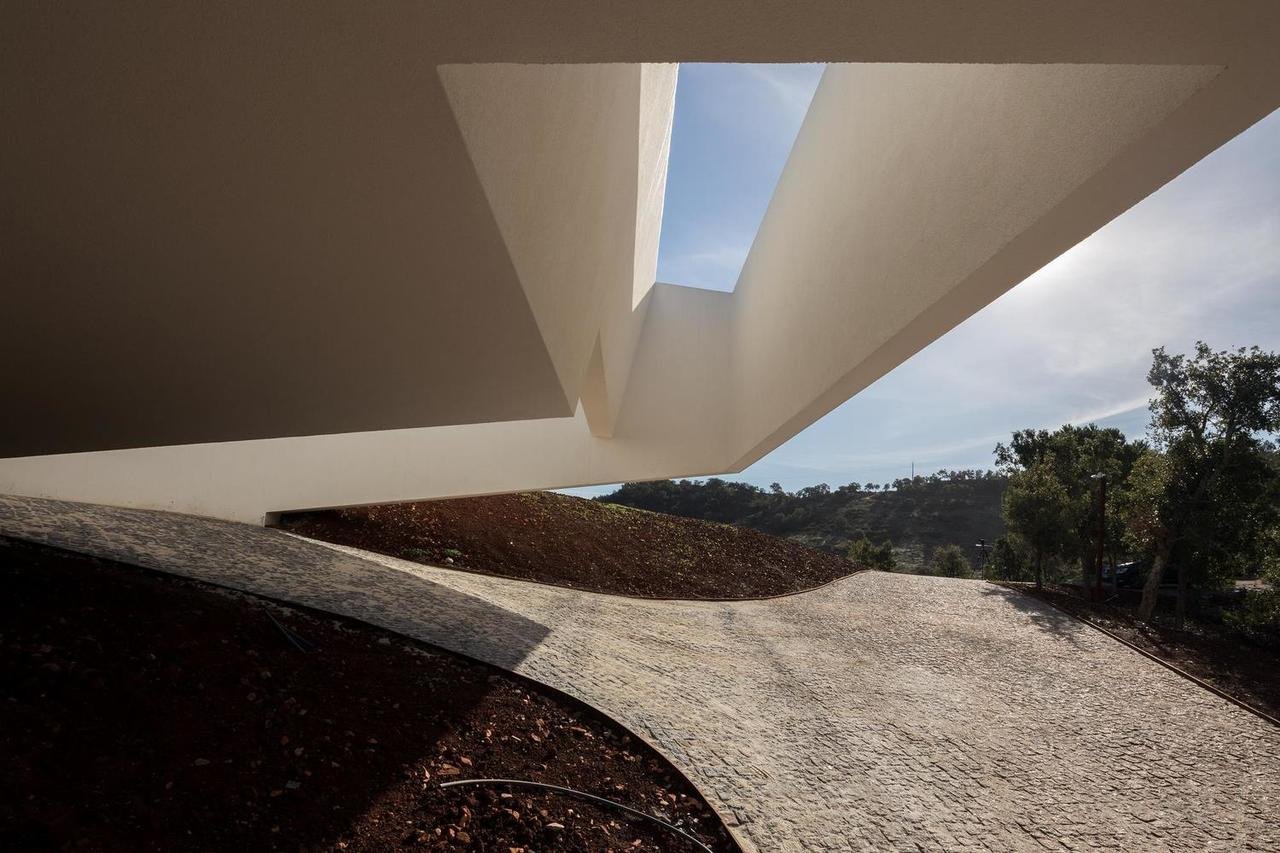 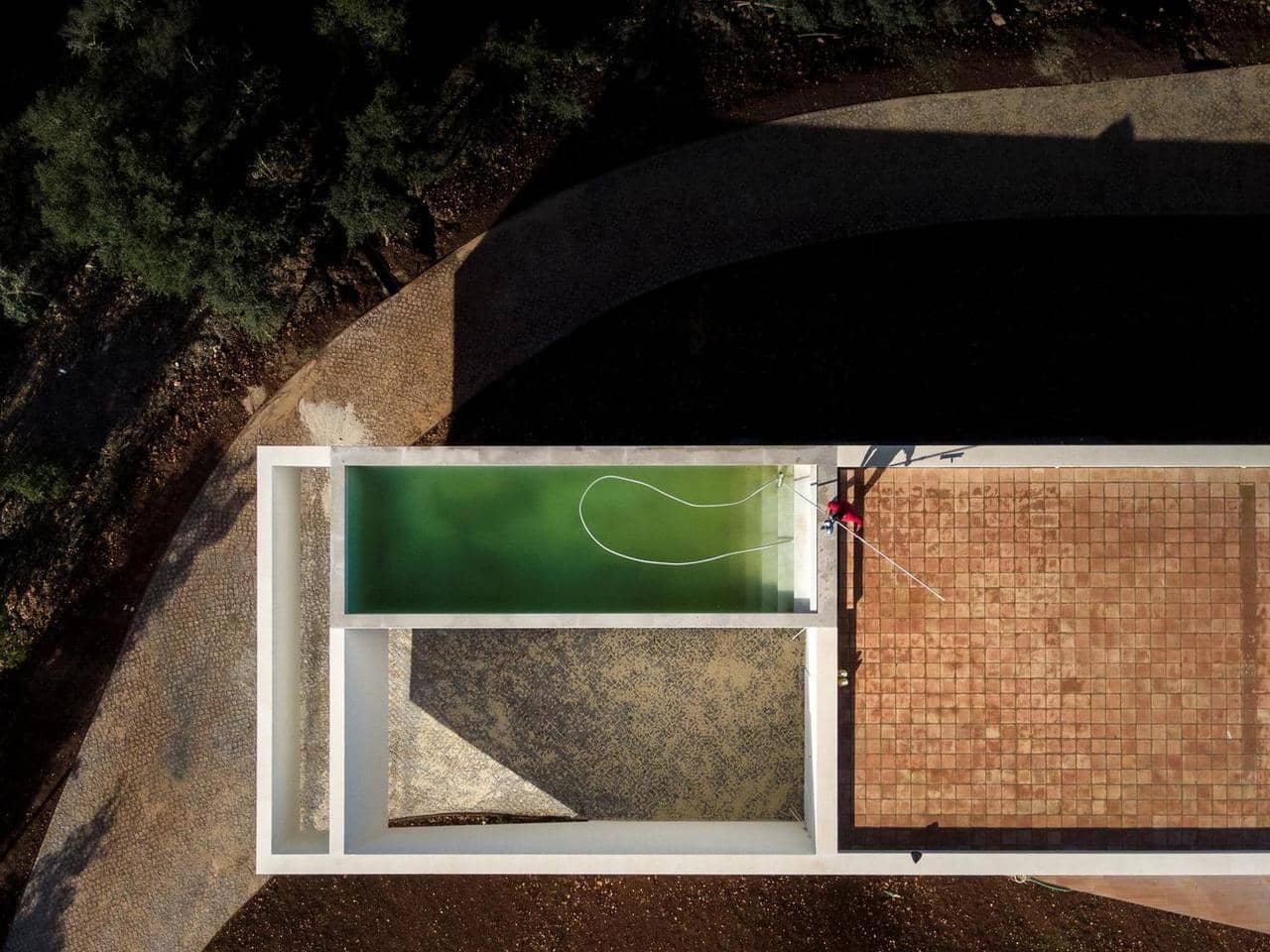 The promontory makes it seem that the Boundary Point Cabin is floating against its verdant backdrop of Douglas fir, pine, and cedar trees.