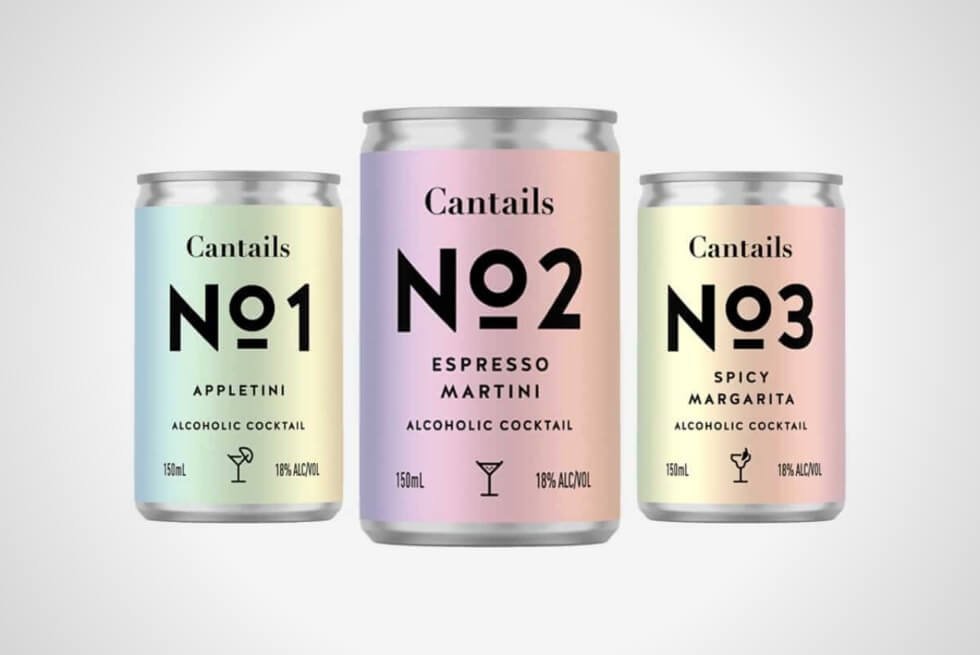 The Cantails Are Ready-To-Drink Cocktails That Pack A Punch

Have you been dabbling in mixology as we suggested? If so, how’s the progress so far? Don’t let a couple of failed attempts stop your journey. Just remember, it takes time and perseverance to master the craft. Until then, take a break and get some inspiration from popular cocktails. Enjoy some anytime without the hassle courtesy of the Cantails.

We love the straightforward idea behind these alcoholic beverages. Stock up on these and just grab one out of the fridge like you would a beer or soda. These drinks are for folks who would rather enjoy a buzz at home than at a bar somewhere.

Let’s face it, nobody wants to volunteer as the designated driver on a night out with the squad, right? Hence, why not just pop open a can or two and hang out at your man cave instead? Even if you prefer beer, whiskey, wine, and other spirits, keep a couple of Cantails handy for the ladies.

Store some in your liquor cabinet or bring some along for a day at the beach, camping, and other social gatherings. These are a guaranteed hit during barbecues and picnics. Throw a couple or more in the cooler with ice and it should be good and frosty just in time for a refreshing sip on a hot day.

We like the awesome packaging design with its clean minimalist look. Each holds 150 ml and is at 18% ABV. This means that despite the size of its metal containers, these bad boys pack a serious punch. Several swigs are sure to get anyone hammered by the end of the day. The Cantails are available in Spicy Margarita, Espresso Martini, and Appletini flavors. The Project Release Single Cask Rum matures in a red wine barrel and finishes the aging process in a straight rye whiskey cask.