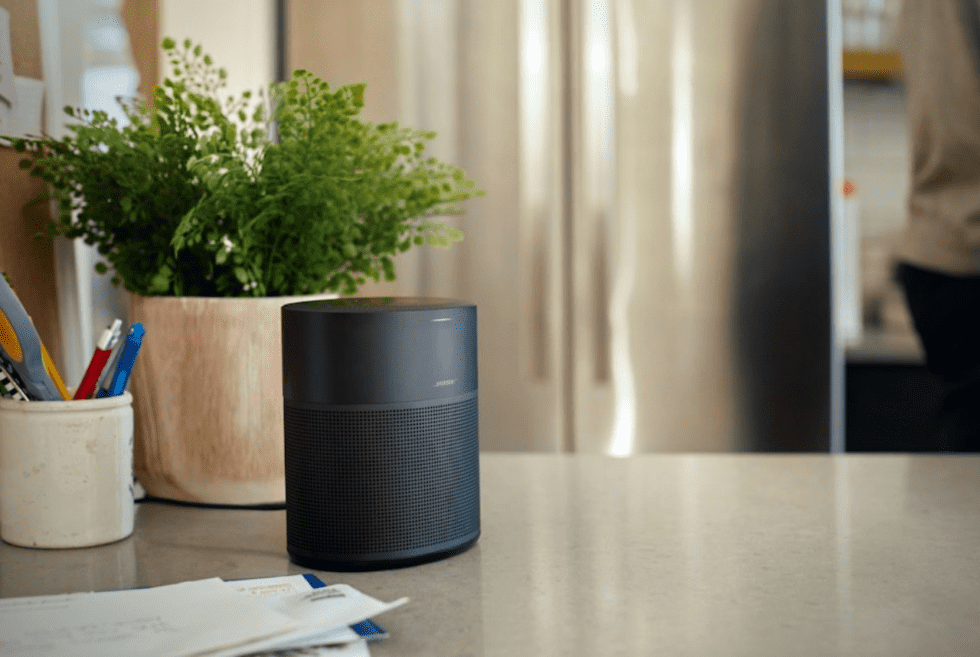 The Bose Home Speaker is the audio company’s tiniest smart speaker yet at just a little over six inches tall. Bose says it delivers “powerful bass and true 360-degree sound” at just $259.95.

For that kind of cash, you’d hope for top-tier audio quality, and fair enough, Bose has never failed us before. The Bose Home Speaker 300 is loaded with modern smarts. You can link it up with other speakers or soundbars from the company’s lineup and create a true multi-room music system.

It’s clear Bose patterned this one after its Home Speaker 500, but to downsize the prize, it had to make some compromises. For starters, there’s no more LCD that features album artwork for currently playing tracks. Still, it’s got the same playback controls on top, alongside several preset buttons that help users quickly pull up favorite songs or an internet radio station.

Besides voice command support, the Bose Home Speaker 300 also features AirPlay 2 integration. And it can act as your everyday Bluetooth speaker if you don’t care much about the smart speaker stuff. The only potential downside to this powerful device is that it needs to plugged in at all times. And there’s no built-in battery for wireless listening, so that means you can’t bring this with you poolside-style. Unless there’s an outlet there nearby, of course.

The Bose Home Speaker 300 is sleek, svelte, and offers topnotch sound quality. At a price you’ve come to expect from Bose, which is to say quite expensive. But, really, what’s not to like here?

With the High Camp Firelight 750 Flask, you and a buddy can share a bottle of whiskey or wine while out in the great outdoors.

Decimate your opponents when pretend warfare breaks in the office or at home with the Rubber Band Machine Gun from WoodNBoom.