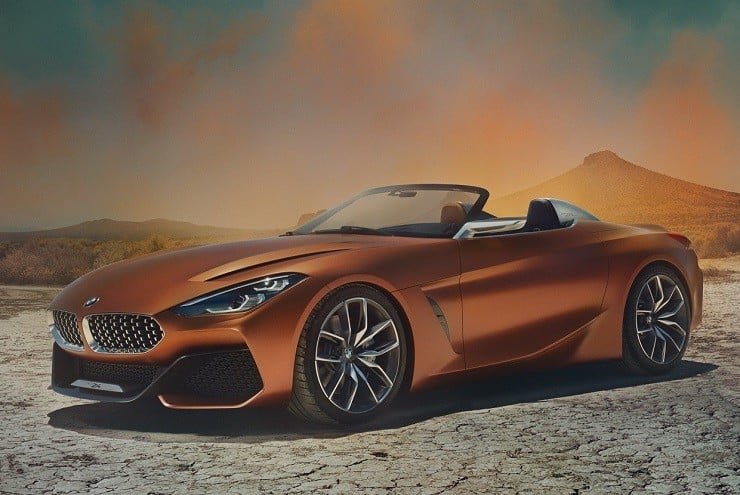 The concept car for BMW’s 3rd Generation Z4 Roadster has finally appeared and it is far from the conservative styling of the older Z4’s. Beginning with the shark-like nose, the new BMW Z4 Concept ($NA) has wide air intakes set low to the ground, stacked quad headlights, and a mesh-pattern grill to replace the usual vertical slats.

While the new Concept Z4 has a longer wheelbase, there are shorter overhangs both front and rear so that the cockpit sits more toward the center of the vehicle rather than back on the axles. Its faired headrests conceal the shaped roll bars while the vertical air outlets shape the sides.

As is usual, the cockpit is driver-oriented down to the split colorway that sets the driver in black with the passenger seat matching the exterior of the car. Both the steering wheel and shifter have been created specifically for the new BMW Z4. The instrument cluster is different although there are still large tachometer and speedometer gauges prominently displayed. Overall, the new BMW Z4 Concept is an aggressive vehicle that will hopefully retain its growl when production begins sometime late next year. 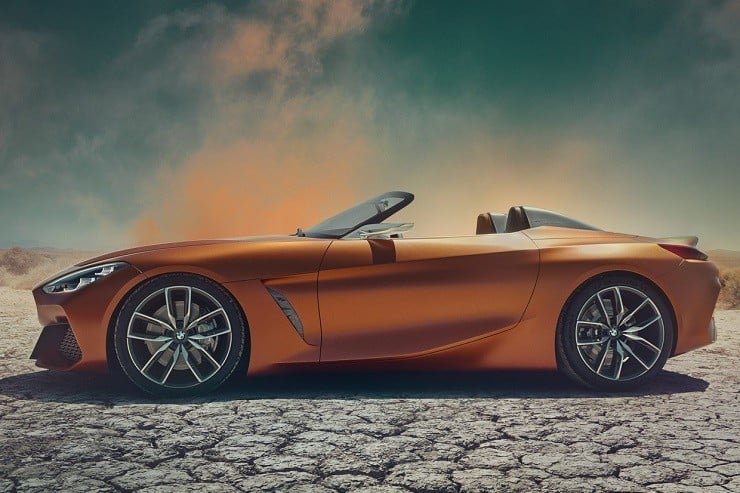 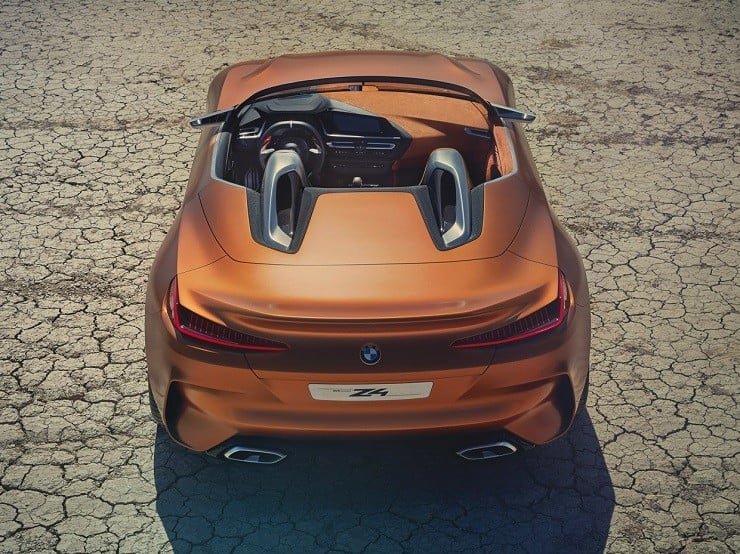 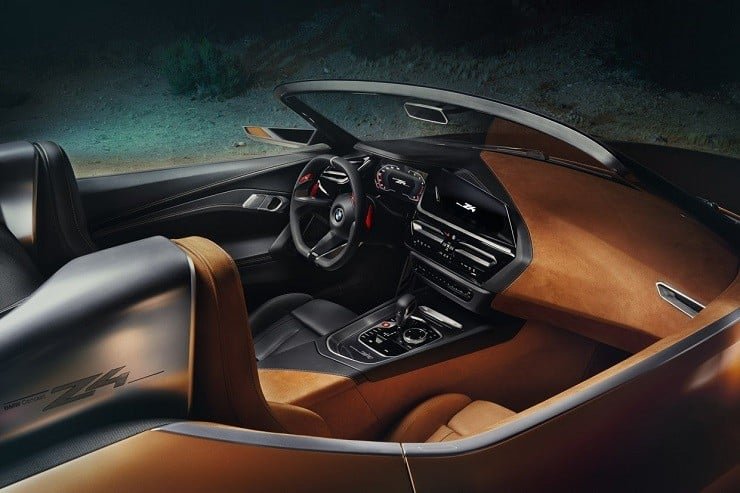 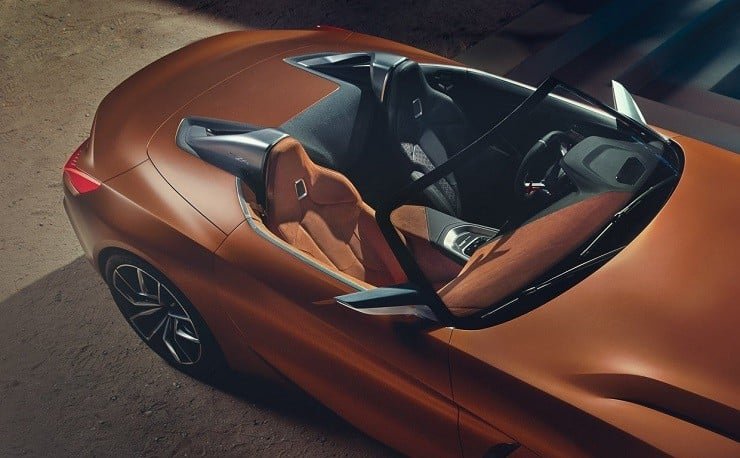 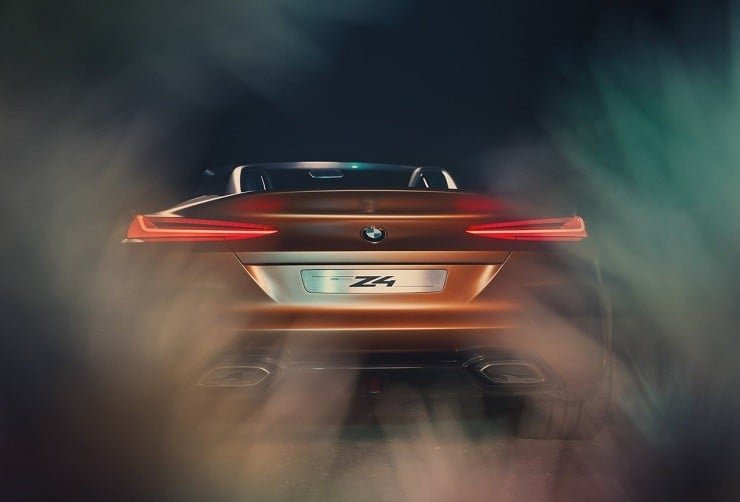 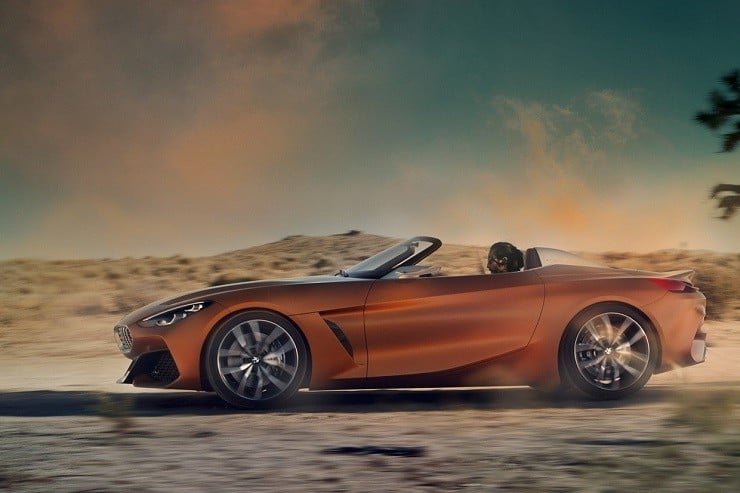