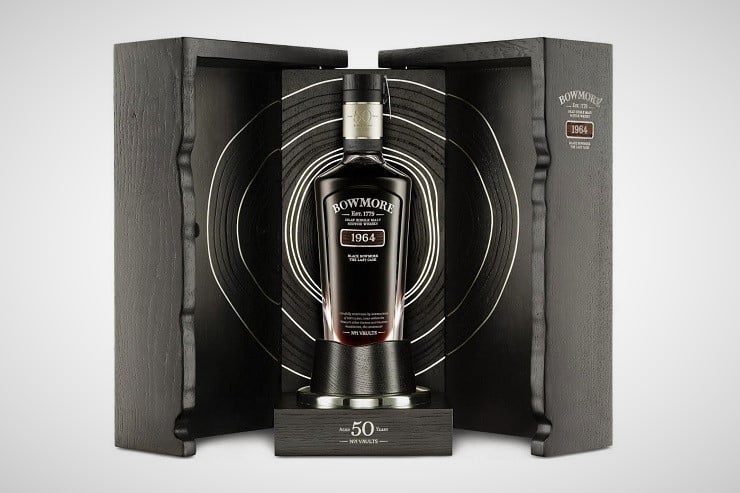 Way back in 1964 (the same year the Beatles hit America), Bowmore Distillery laid down a number of first-fill Sherry casks of their renown single-malt whisk(e)y and squirreled it away in their No. 1 vault. They began tapping into some of these casks thirty years later and have since released some of it three more times, the last as a 38 year-old whiskey in 2007. Now the final casks are 50 years old and are making it out into the world in their fifth and final release, the Black Bowmore 50 Year Old Whisky ($19,600).

There are only 159 bottles of this dark, 40.9 ABV exclusive concoction left. It is being put in traditionally hand-blown bottles made by Tain-based Glasstorm Studios. The presentation cases were designed & built by Glasgow’s own John Galvin Design, out of Scottish oak with silver inlays.

While the price may seem steep, remember that every previous release of this rare elixir has sold out quickly. Those who have previously partaken of the world famous Black Bowmore know that it is well worth the price of admission. 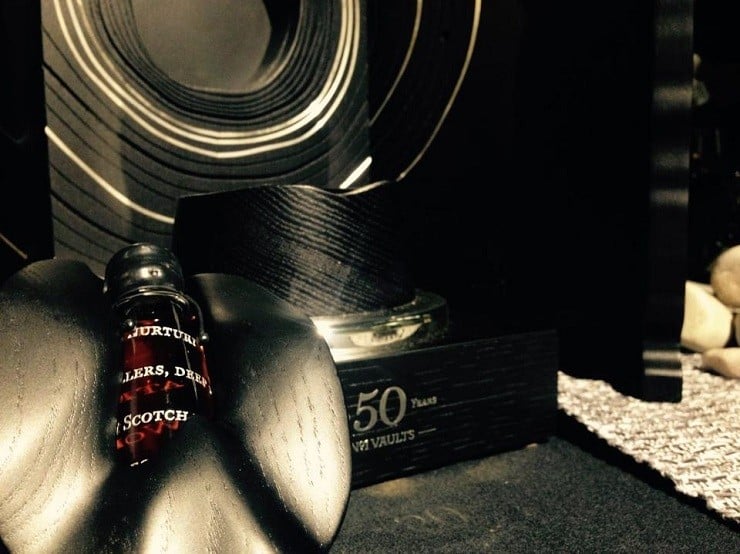 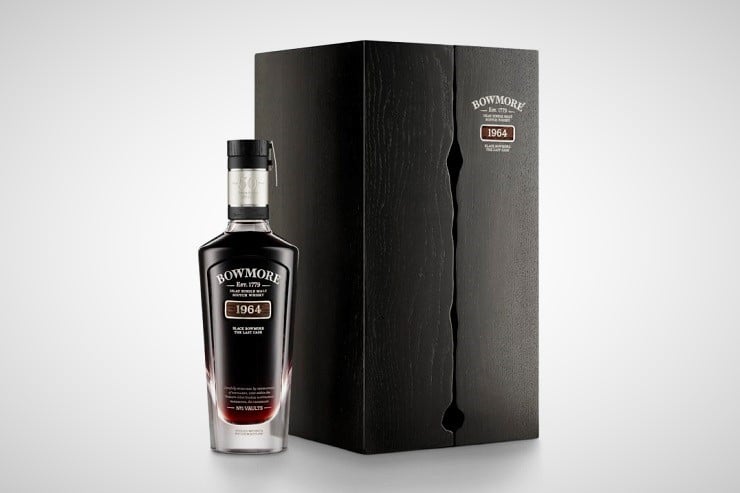 Each Highland Park 50 Year Old is presented in a hand-made walnut box crafted by John Galvin – a furniture designer and artist -- with a display stand, crystal decanter, and leather-bound book.

The Macallan 2021 Lunar New Year Festive Set arrives in two boxes each with a striking traditional artwork in red and gold to honor the Year of the Ox.

The Tesla Tequila container might not stand on its own, but it does come with a fancy metal stand so you can proudly show it off like a trophy at home.