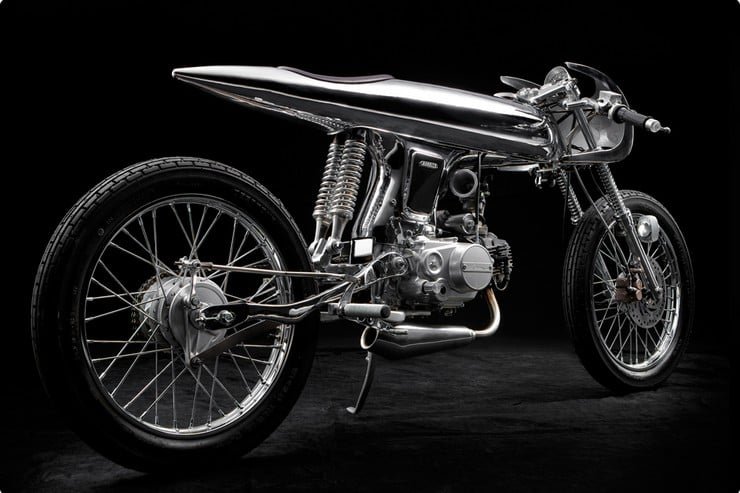 Daryl Villanueva of the Bandit9 custom motorcycle garage in Saigon has taken only a few years to develop a world class reputation for his “retrofuturistic” designs. His original EVE bikes helped cement his place among the custom motorcycle community. Now he is building on that with the Bandit9 Eve Mk. II ($~15,000).

This new iteration of the EVE is based on the Honda SS series although there is extensive hand-crafting throughout the bike. A very distinctive feature of the MkII is the unibody fuel tank formed from a single piece of polished steel and includes the seat and rear cowling all in one. The engine is a Honda Supersport 125cc.

The super-sleek bike is going to be limited to only 9 units, and will be sold through the Mechanical Art Devices gallery in Geneva. It’ll be fully functional & road registrable in most countries, so checking first will be wise. Whatever you do, if you decide to buy one, don’t have it on display only! 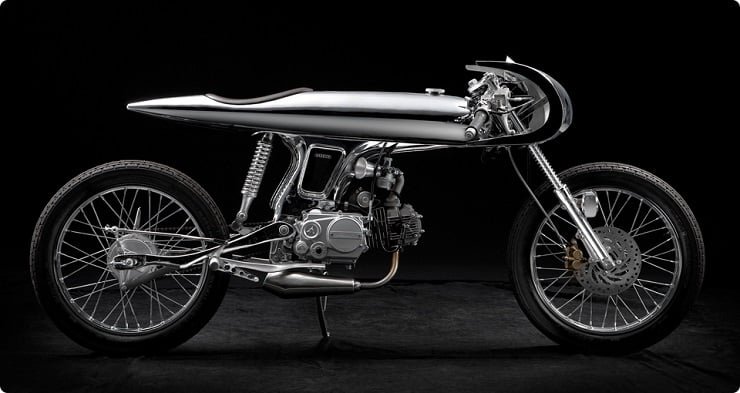 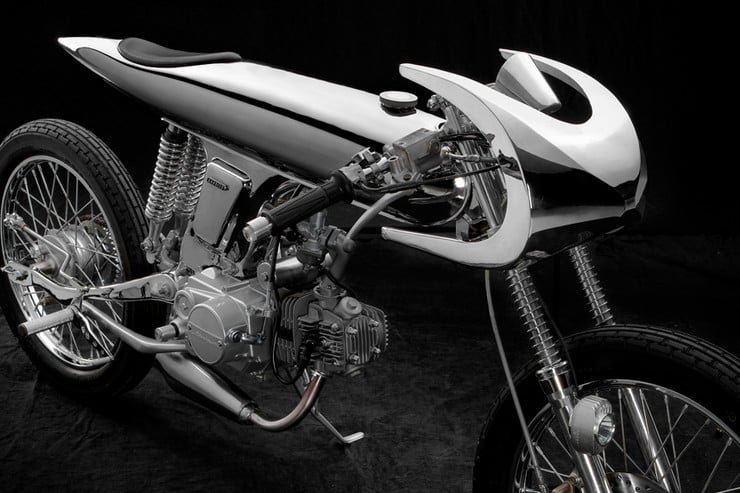 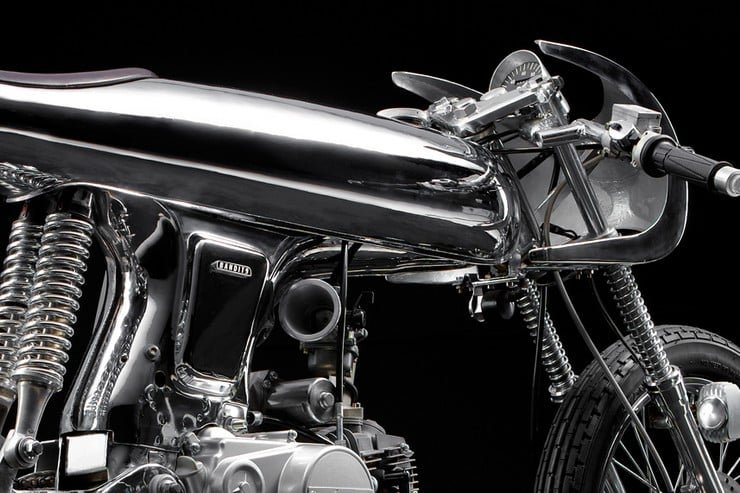 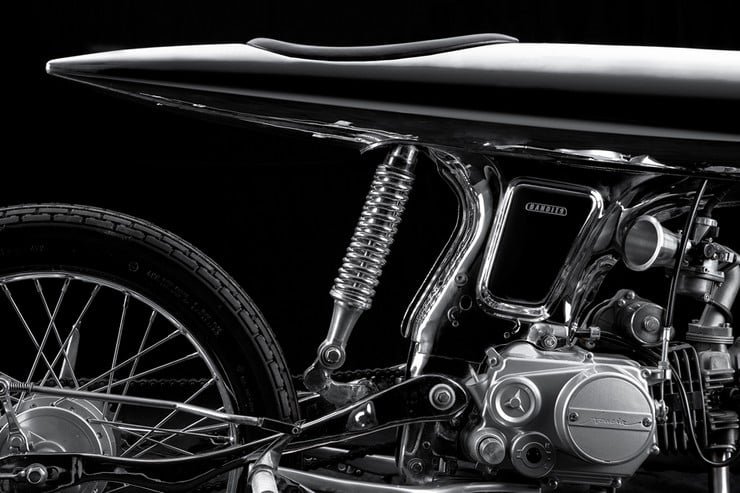 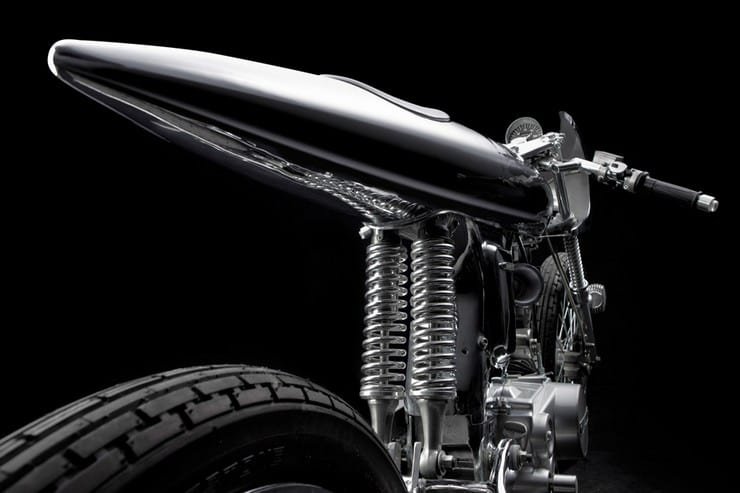