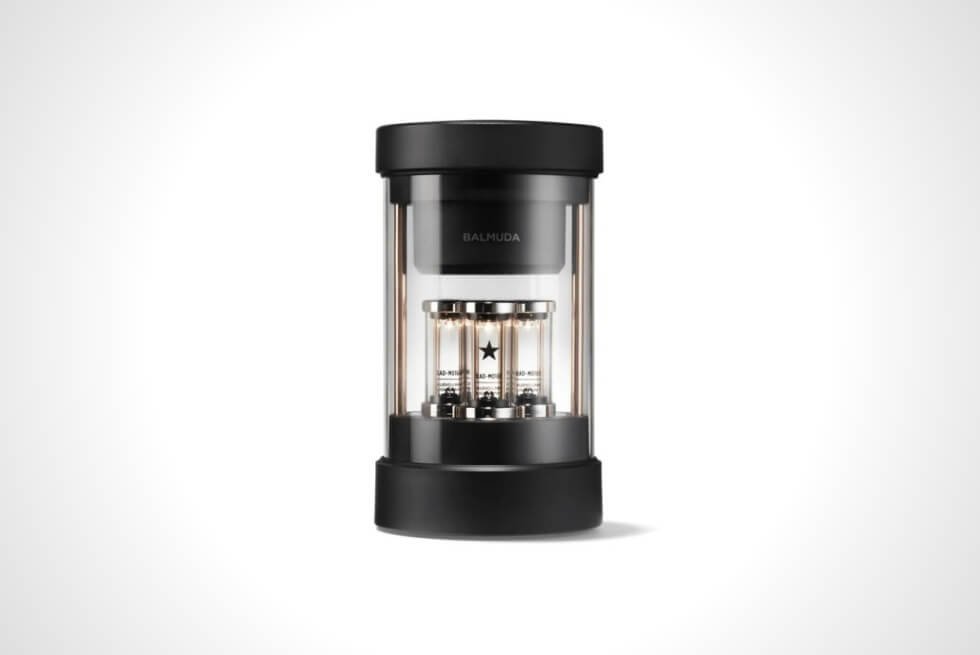 The last time we heard of BALMUDA was when it released The Toaster – a premium kitchen appliance that produces a perfect toast every time. Since then, it has ventured into other segments with The Kettle and The Lantern. Its catalog now welcomes another addition dubbed The Speaker. It makes a great addition to any space that flaunts a minimalist motif.

The Japanese brand is usually going for a simple naming convention instead of model numbers. Perhaps they want consumers to understand what each brings to the table. The Speaker does exactly what you expect it to but adds a visual flair to make the listening experience even more immersive.

This comes from the integrated lights within its glass body. Its specifications list the dimensions at 4.1” x 7.4” and weights approximately 2.2 lbs. Powering its functions is a lithium-ion polymer battery that can fully charge in 2.5 hours. Music playback should last around seven hours before you need to plug it back in.

Connectivity options include a standard 3.5 mm stereo mini jack and Bluetooth 5.0 for wireless audio streaming. An upward-firing 77 mm full-range speaker sits on the lid of The Speaker. BALMUDA says its maximum output should be around 8W.

The transparent cylinder holds three LED tubes with three settings. Beat mode synchronizes the glow with your tunes with a remarkable 0.004-second delay. Ambient mode is practically the same but tones down the brightness.

Finally, Candle mode on The Speaker allows the lights the flicker gently to promote relaxation. “The high quality acoustics reproduce the vocally-driven and three dimensional sound of a live performance. The lights recreate the visual excitement of a concert,” says BALMUDA. Both Drew Taggart and Alex Pall of The Chainsmokers are reportedly eager to perform aboard the World View Explorer in 2024.

Jackery is offering the BIGGEST DISCOUNTS on most of its product range during its huge Black Friday campaign.