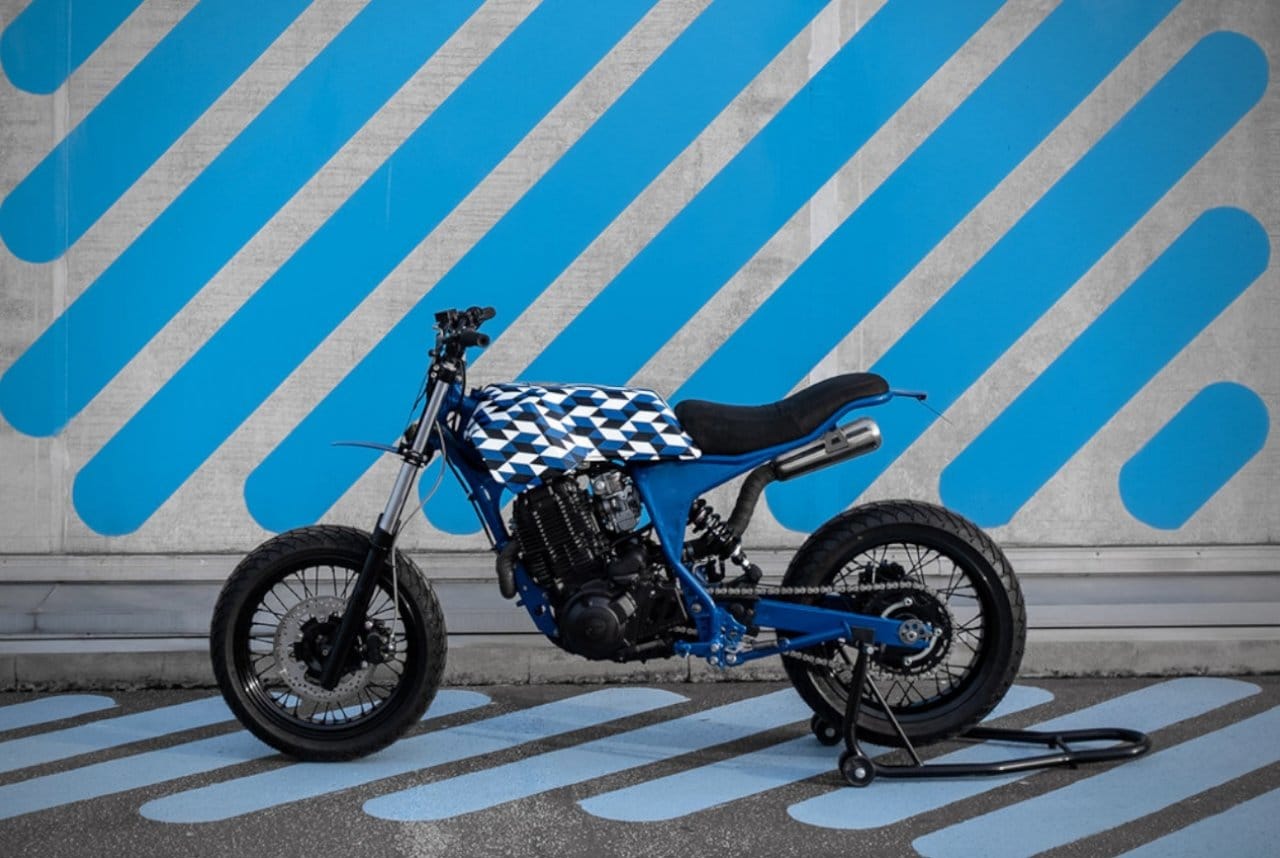 Check out this decked-out Yamaha XT 600 care of Bad Winners from Parisian custom shop Bad Winners. Normally, the XT 600 isn’t the supermoto beast you’d expect it to be. However, with some clever and skilled tinkering, anything is possible.

Such is the mantra Walid followed — and as a result, we get this spec’d out air-cooled supermoto that Walid designed as a “old-school supermoto from the 90s.” Walid had the thing in the workshop for three years, sitting unperturbed until it “picked me,” he says.

The model in question was a 1991-model XT 600 E that Walid had previously serviced from a previous client. A good thing since he himself knew it had no nicks, meaning no further fix-ups were needed; he could just go straight to the custom job, and he did.

He added 17-inch Excel hoops and partnered it with the original Yamaha hubs. Those are now wrapped in Dunlop’s Sportmax Mutant supermoto tires. As for the brakes, he thought the OEM Nissin was good enough, so he left it untouched, merely touching it up with stainless steel lines. When it came to the suspension, Walid trimmed 80mm off the front forks and added stiffer springs. Then he upgraded the rear with a new YSS shock plus a harder spring because he didn’t want to make a “smooth trail bike.”

As for the paint job, he settled on a geometric-themed design with specks of black peppered in for sharp contrast. What had been a fairly nondescript bike is now a gorgeous bespoke trailblazer.

Premium bespoke elements alongside powerful performance make the 2022 Defender V8 Carpathian Edition a luxurious sight to behold and a pleasure to drive.

The True Costs Of Owning A Luxury Car

It’s no secret that luxury cars will set you back a few tens of thousands. However, as you plan your budget, you need not only consider the purchase price of the car but also the costs that come with owning a luxury car.

Enjoy your outdoor adventures aboard the 2020 Tarus 2×2 motorcycle

The most striking feature of the 2020 Tarus 2x2 is the pair of KingTyre 25E12-9 tires which grants it superior mobility over most surfaces.