Finding the right style for an interior design project can be very challenging, but sometimes all it takes is one great piece of furniture to spark a hundred brilliant ideas. MotoArt specializes in creating such pieces, all inspired by decommissioned aircrafts.

Their aviation style furniture is always surprising and quirky, but never tacky. Whether you need something new for your home, or something unique for a hotel lounge, a work office, or a fun tavern, you are bound to find at least a couple of awesome furniture ideas on their website. 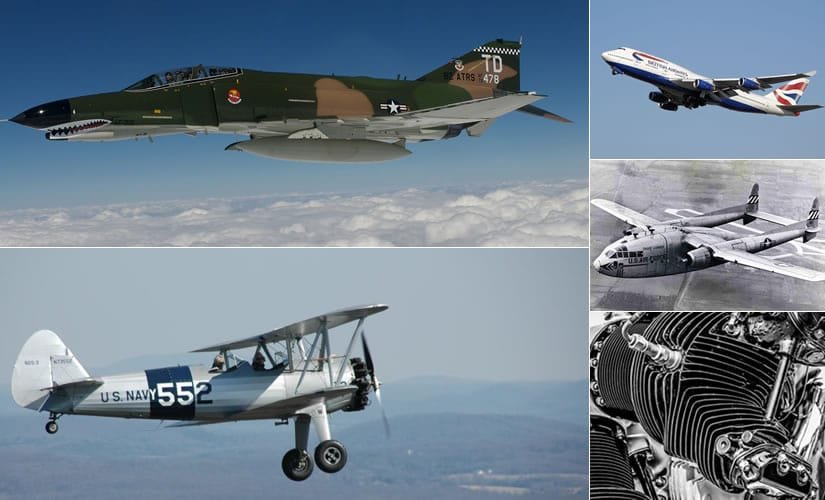 Inspired by an overwhelmingly big commercial jet, this conference table is large, sturdy, reliable and beautiful. The Boeing 747 plane has been very fittingly dubbed the Queen of Skies, or simply the Jumbo Jet. It is instantly recognizable due to its half double-deck configuration, which is limited to the front of the body, giving it a distinctive “hump”. 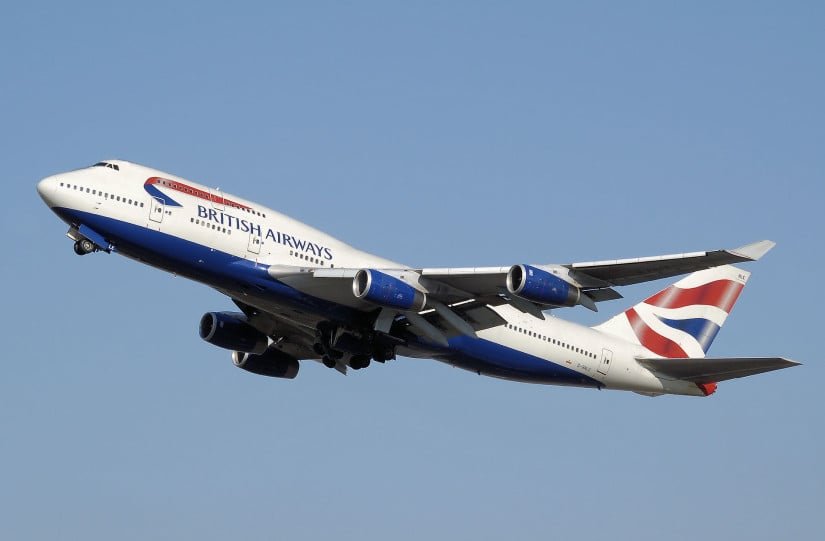 Aptly nicknamed Jumbo Jet, the Boeing 747 is an aviation icon, with its bulging upper deck making it instantly recognizable. It is the world’s first wide-body aircraft used both as a cargo aircraft and as a commercial jet airliner.
First flight of the Boeing 747: February 9, 1969
Role: Wide-body, long-range jet airliner
Manufacturer: Boeing Commercial Airplanes

The jet’s four engines have inspired the design for this outstanding piece of aviation-inspired furniture, which is built out of a General Electric nacelle. Bordering between art and industrial furniture, the Boeing 747 Jumbo Jet Conference Table has the potential to turn any contemporary office into a stunning, creativity-inducing meeting room.

It measures 12 feet in diameter and can seat twelve people. The custom engine stator boasts a mirror finish and is equipped with colorful LED lights inside. At the very center there is a polished aluminum dome that pokes out of a round tempered glass top with optional data ports.

What makes MotoArt’s aviation furniture truly exquisite is the fact that they actually source their materials from real decommissioned airplanes. These double-tiered coffee tables, for instance, are built with vintage airplane wing ailerons taken from C-119 and B-25 military aircrafts. 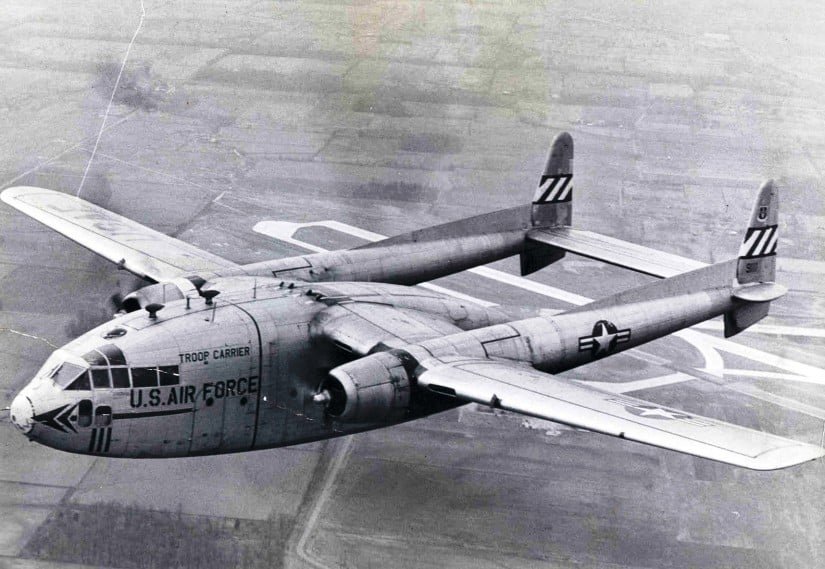 The C-119 was better known as the “Flying Boxcar”, and it was intensively used during the Korean and Vietnamese wars. It was highly “skilled” at aerial recoveries, and became quite famous for that.
The Aileron Coffee Table flaunts reconditioned ailerons snuggly fitted in basic tubular structural frames. The frame is powder-coated for a nice texture contrast against the mirror-polished aluminum aileron. Two layers of tempered glass finish off the cool design.

This is by far one of the coolest bar stools you will find on the market. Whether you plan on designing a quirky tavern or just a personal bar area in your own home, you can’t go wrong with the F-4 Ejection Barstool. Add to the unique character of this piece of aviation-themed furniture the fact that it is a limited edition design, and what you get is an absolute must-have. 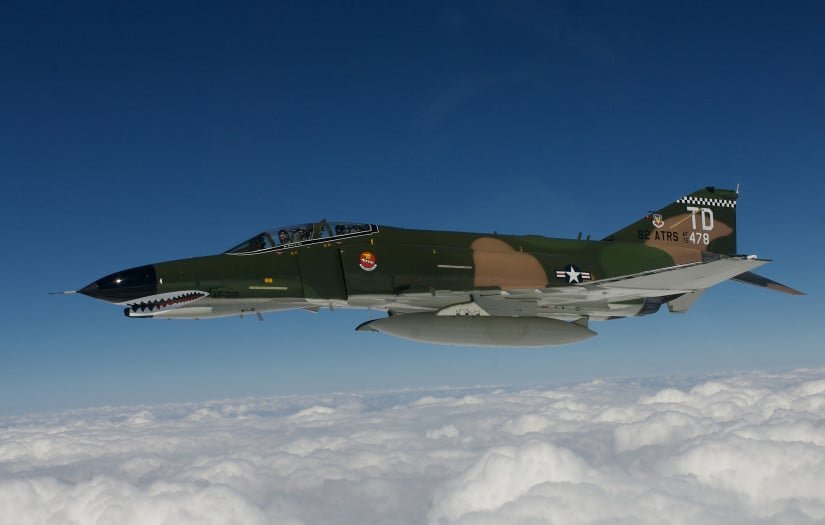 The F-4 Phantom aircraft was originally created for fleet defense, but it later became an icon of American multi-purpose jets. It broke 15 records shortly after its launch in 1958, including speed and altitude.

As you’ve already guessed, the barstool is based on a real-life ejection seat sourced from a real-life fighter het. As a satisfying mark of authenticity, each piece still keeps its scratches and other signs of wear and tear. Available in a variety of finishes, the eccentric stools will certainly become everybody’s favorite conversation starters.

The base for this awesome piece of aviation office furniture is a bamboo version of the internal spars of a biplane wing. There is something uniquely fascinating about the double-wing configuration of old airplanes, because it evokes the early days of aviation. One iconic example of such aircrafts is the Stearman Model 75, a military trainer plane of the 1930s and 1940s, also referred to as “Kaydet”.

Underneath the sturdy tempered glass top lies a beautifully-crafted wing frame. It is immediately apparent that the designers over at MotoArt spent a lot of time putting together this highly detailed work of art slash furniture. The beautiful woodwork is complemented by touches of polished aluminum and a smooth polyurethane finish.

For excellent functionality, the Bamboo Biplane Conference Table was fitted with a central data port and a smartly-designed extension tube that hides the numerous cords that typically end up cluttering most workspaces. The quirky design of the conference table is going to add loads of character to any modern meeting room.

Most people don’t even realize how large the engines on a huge commercial jet can be. The 747 Jet Liner Bed can help you get an idea: it is pretty much the size of an engine nacelle, and it is a perfectly comfortable double bed.

It is actually mind-boggling how immense the Boeing 747 really is, fitting as many as many as 660 passengers in its iconic half double-deck configuration. The “Jumbo Jet” nickname fits it perfectly.

Unconventional in more than one way, the bed is round, which alone gives it extra appeal among people who look for awesome bedroom furniture. The best thing about it, though, is the giant headboard, which is essentially a genuine 747 engine nacelle cut in half.

Plexiglas caps allow for curious peeks inside the nacelle, where a carefully-engineered frame holds everything together. The body is painted with acrylic automotive paint, and the top is beautifully mirror polished. Thinking about getting one for yourself? You can find it here.

What do you get when you use the nacelle of a jumbo jet engine for foot and headboards? A jumbo bed, of course! The Jumbo 747 Sleeper is sized for king mattresses, and it represents an ideal choice for anyone looking to upgrade a boring bedroom. In terms of awesome furniture ideas, this bed pretty much ticks all the boxes.

The engine nacelle for this model is taken from a giant Boeing 747, the iconic jetliner also known as the Queen of the Skies.

The cowlings are easy to maneuver and install, so don’t be intimidated by them if you think of purchasing a Jumbo 747 Sleeper. The bed is lit from below with a number of LED lights, which add extra character to its design. It is highly customizable, with a variety of options in terms of materials and finishes. There is even the possibility to include data ports into the design, which is pretty much essential if you love technology.

The Albatross Float Tank Couch brings a whole new dimension to the phrase “drifting away”. Carved into the pontoon of an old amphibian plane, the couch is an excellent example of aviation art furniture. The tank was carefully reconditioned and given a shiny mirror polish for extra visual appeal.

This is a limited edition design, which makes it even more irresistible for exclusivity seekers. The actual plane which inspired this project – a Grumman Albatross – was built to land on the vast waters of the ocean and it was mainly used for rescue missions. Still keeping its nautical shape, the tank is studded with countless rivets that give it a cool industrial feel. If you act fast, you can get yours here.

Why settle for a regular desk lamp when you can amp up the style of your office with a quirky piece like these Radial Engine Piston Lamps from MotoArt? Available in a few different designs, they all have one thing in common: an authentic radial engine piston for the base.

The pistons were sourced from actual engines of old decommissioned aircrafts, and they look beautiful in their simplicity. Whether you go for a spring-arm model or a multiple gooseneck one, satisfaction is guaranteed. You can find these lamps and other pieces of awesome office furniture over on the MotoArt website.

The 200-bottle run of the LOUIS XIII N°XIII will offer the cognac via a curated tasting experience alongside a bespoke decanter and set of glasses.