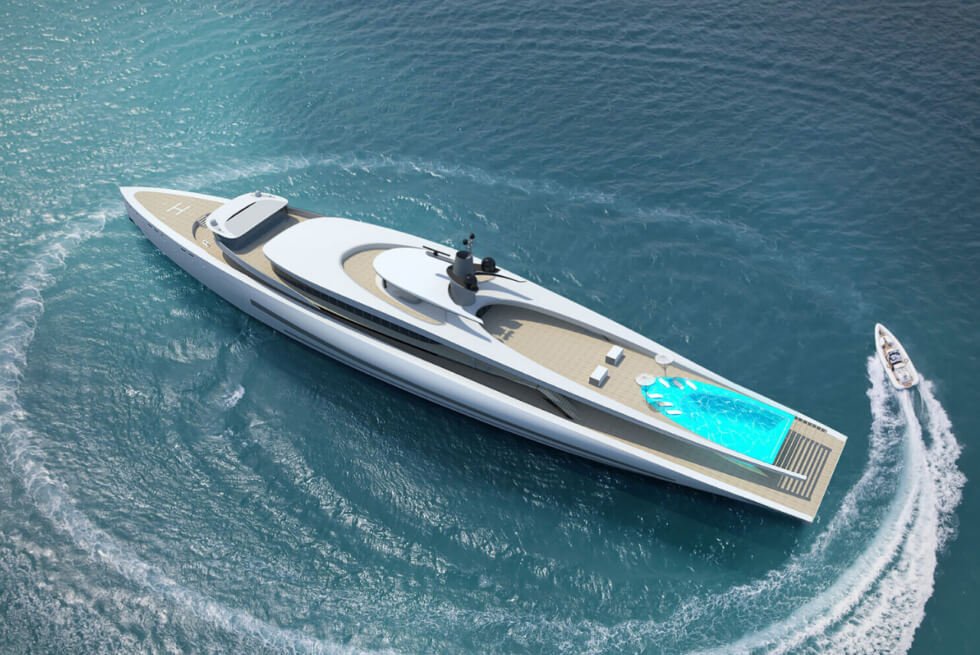 It’s not very often for shipbuilders to hold back when it comes to the overall design of their creations. Luxury vessels are meant to be extravagant and to draw attention. Still, Asquared Naval Design shows us that even a simple and clean outline can become a striking feature when they want it to. Check out their Fluyt megayacht concept and you’ll understand.

Its overall length spans 360 feet which makes it a massive ship. For those who speak Dutch, its name – Fluyt – refers to a sailing vessel originally built by shipwrights of Hoorn. However, this modern version flaunts a futuristic and sleek silhouette ready to cut across the sea.

Its sharp outline tells us this megayacht is eager for speed. Asquared Naval Design is yet to share more about its specifications, but we can already guess it is capable of crushing its contemporaries. The Fluyt will rely on a hybrid propulsion system that recharges with the aid of 1,500 square feet of photovoltaic cells.

The team says it boasts a steel monohull construction with an aluminum superstructure. Its volumes are then spread across three decks. According to the firm, the exterior is the result of their mix of modern and classic. Currently, there are no details about the interior layout of the Fluyt. Nonetheless, it’s safe to assume that the accommodations will be generous and upscale.

Among its amenities, the most notable is the colossal infinity pool to the aft. It interconnects to the deck just below, which might be the beach club with motorized swim platforms and more. Meanwhile, to give the owners and their guests privacy, the wheelhouse is a separate structure close to the bow. Ahead of that is a touch-and-go helipad to ferry people on and off the Fluyt. 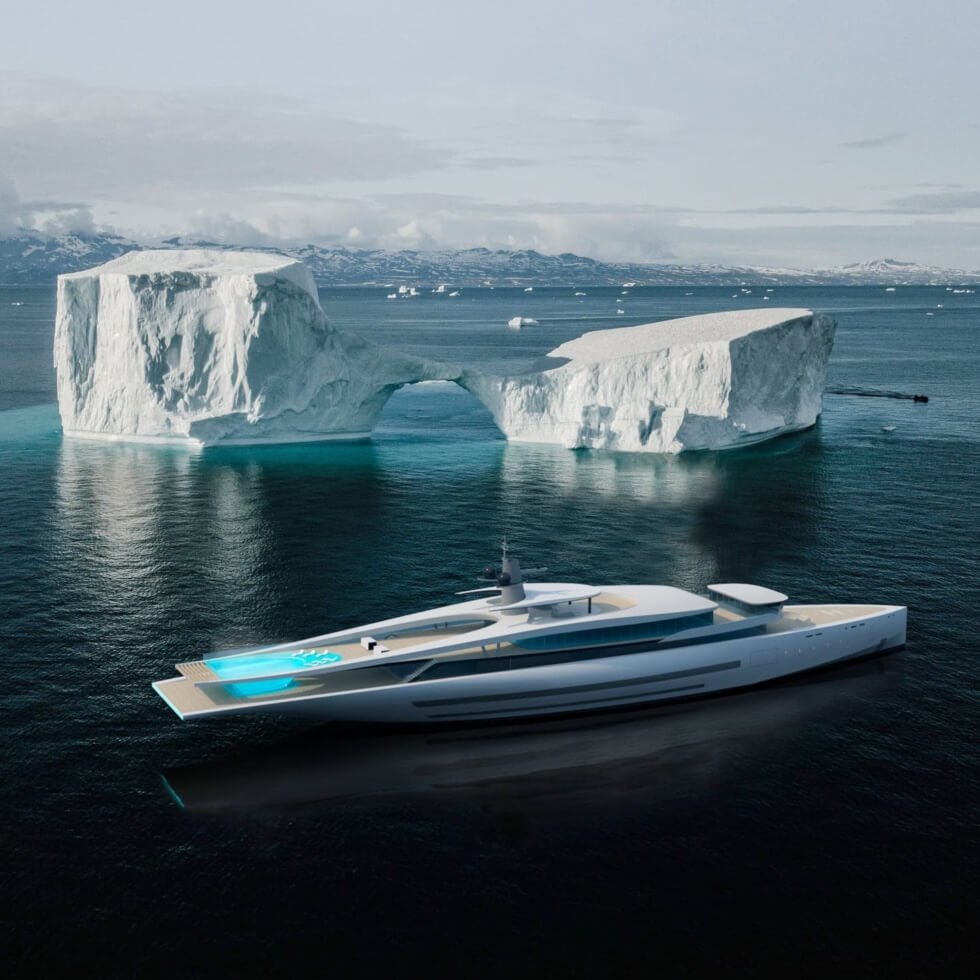 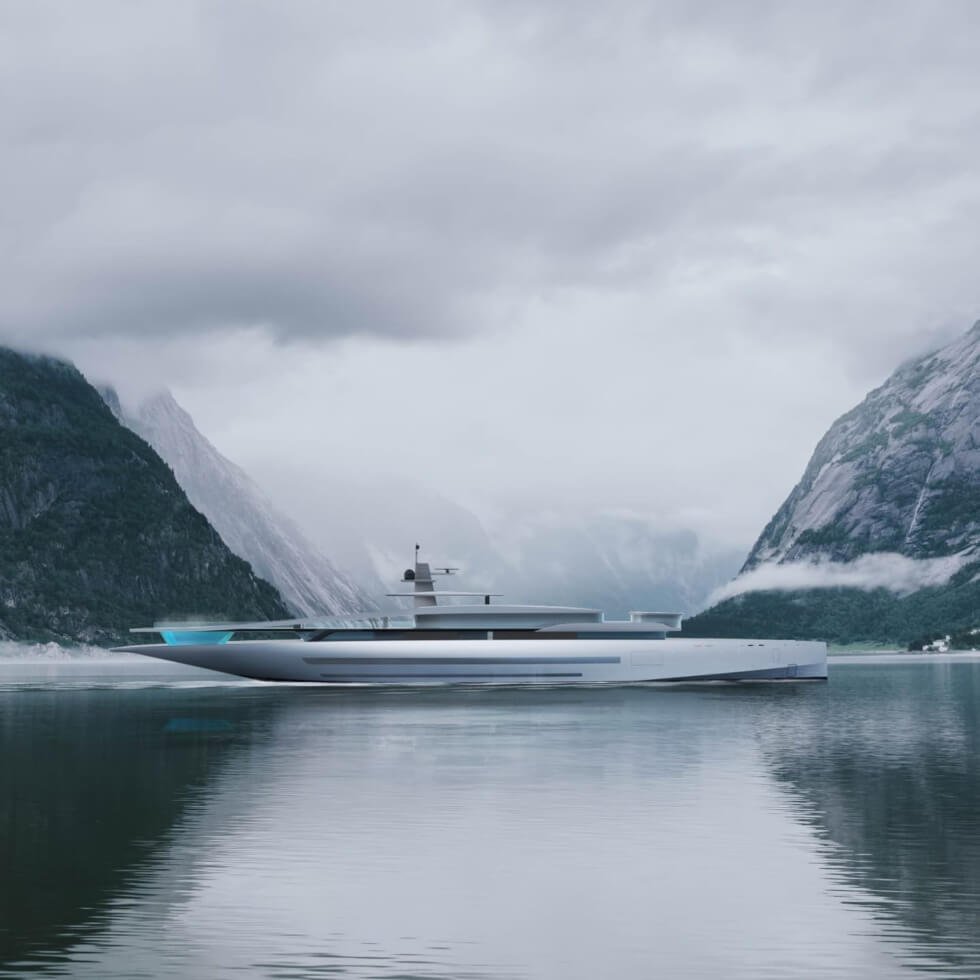 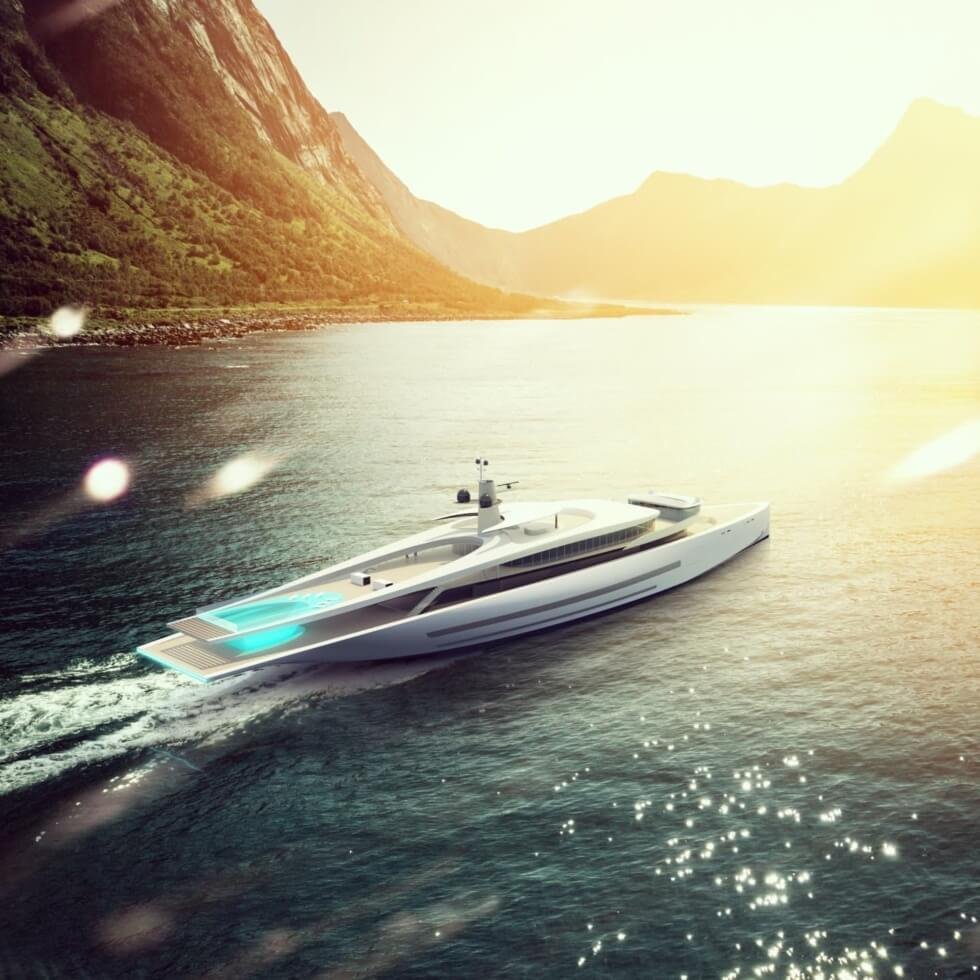 Deutsche Hospitality has been in the business for more than 90 years, which is why the Steigenberger Porsche Design Hotels is in good hands.

Artistic director of menswear collection for LV Virgil Abloh gives us two striking skateboards that an average skater can only dream of.