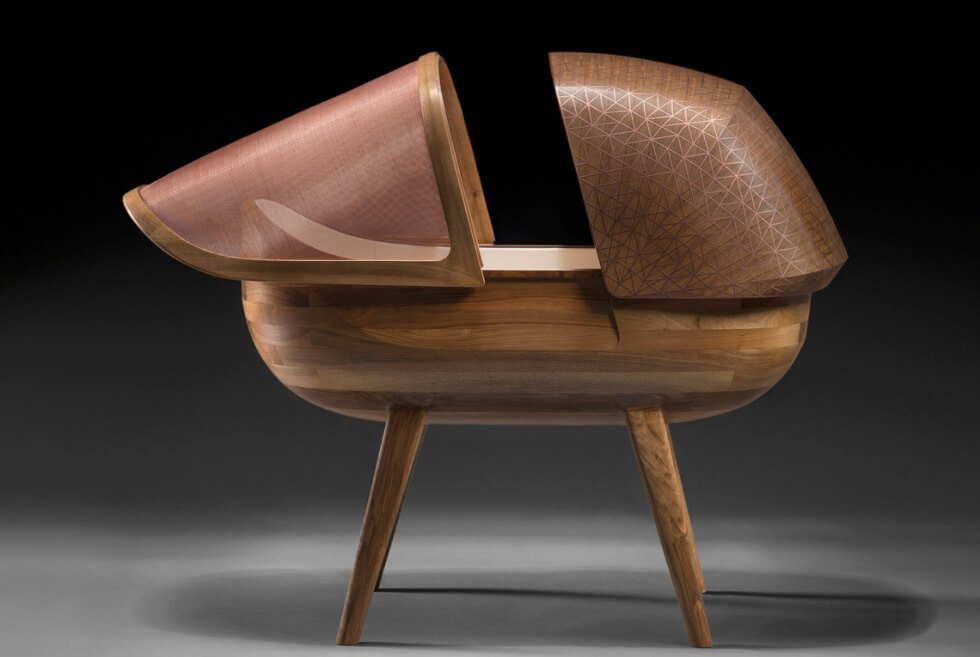 French design studio Noir Vif shows how much a baby’s sleep is important for growth. They need a safe place to swaddle and by safe, this means protecting them not just from visible harmful elements. But also from the potentially damaging effects of electromagnetic waves. This is where the Argo Crib sees its importance.

Noir Vif partnered with master cabinet makers, Ludwig & Dominique, to create a baby crib unlike no other. It is named after the mythical vessel that protected Jason and the Argonauts and after the ancient “Argo Navis” constellation of stars, which is carved into the crib’s walnut canopy.

Speaking of the canopy, it forms a shell over the Argo Crib. It opens and closes halfway and features a pattern of copper on its 6mm thick walnut-coated plywood. The copper protects from electromagnetic waves with the geometric pattern acting as a unique design. For durability, a thermal spray and a specially developed masking process keep the copper in place.

Meanwhile, there’s the hull which resembles a mother’s womb or a boat, crafted from smoothened and rounded walnut. It has a fine copper weave pressed into the wood to protect against electromagnetic waves. The lightest part of the Argo Crib is the “sail,” which features a carved walnut frame surrounded by a flexible veil of woven copper wire. The sail allows for air to pass through even when the crib is fully closed. This way the baby stays comfortable inside.

The Argo Crib definitely boasts one unique construction that is functional in today’s highly technological times. It does not even look like your ordinary crib with its sleek and futuristic aesthetics. This crib stands out with its appearance alone and what’s more for its versatile purpose. 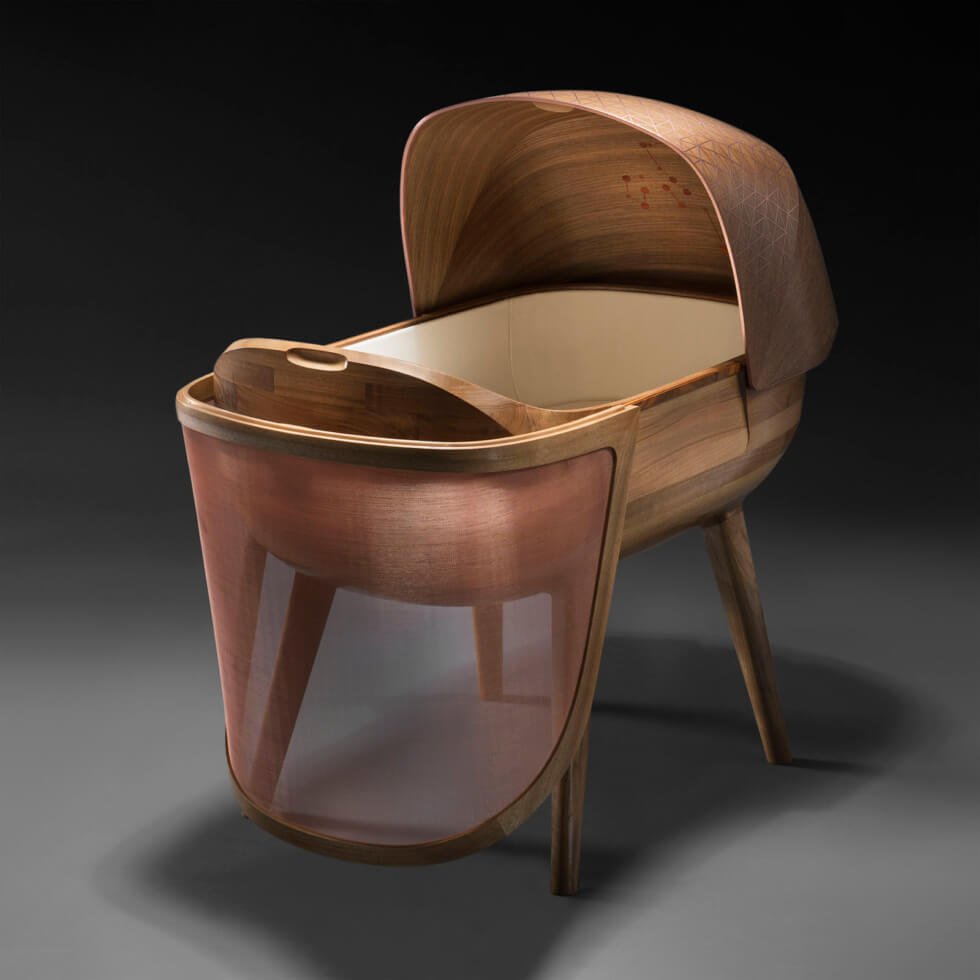 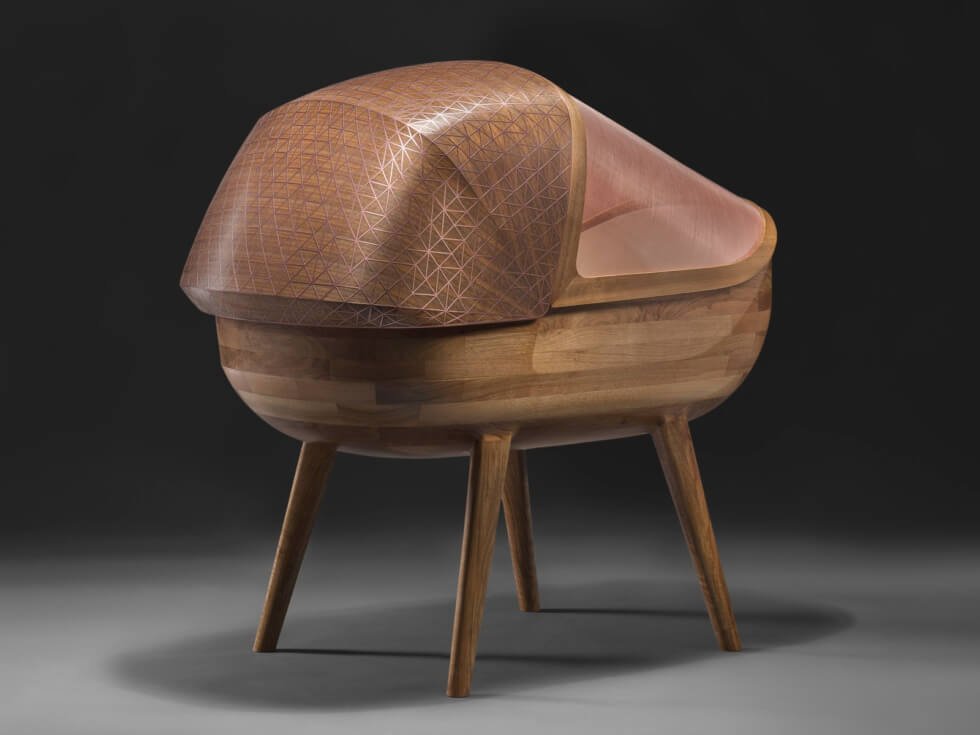 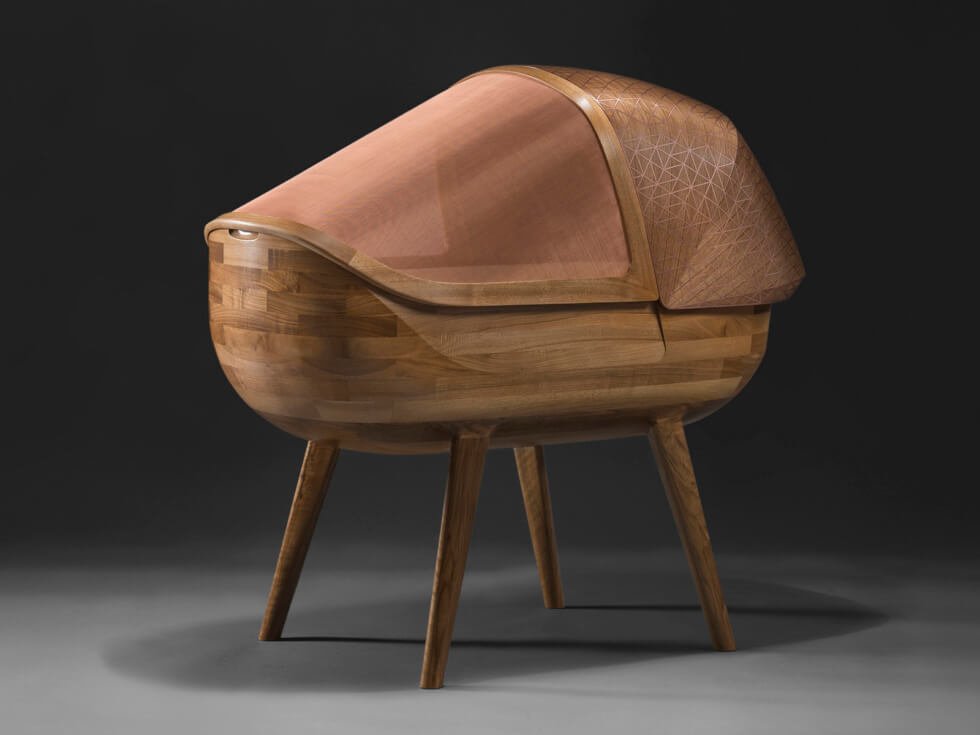 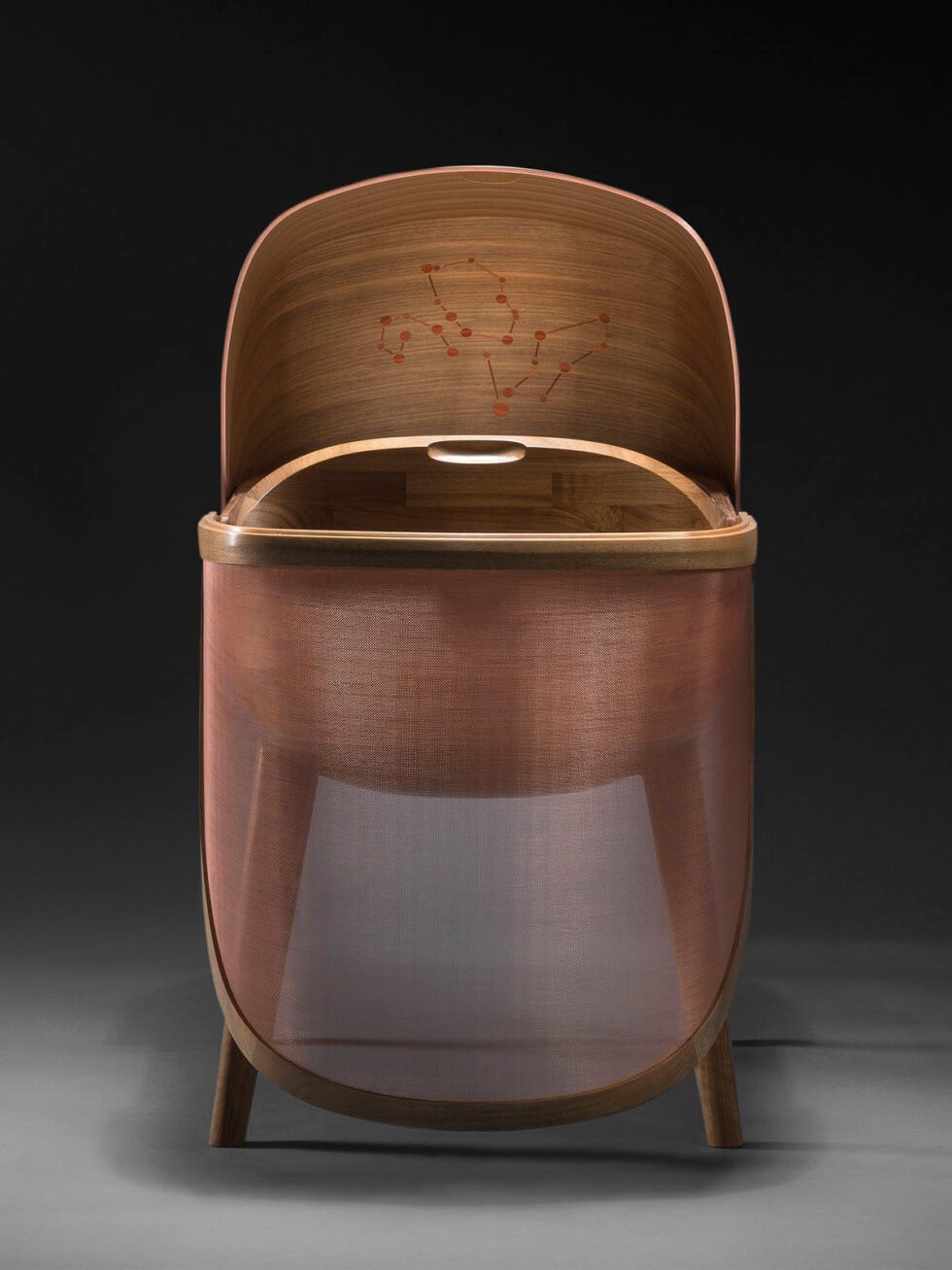 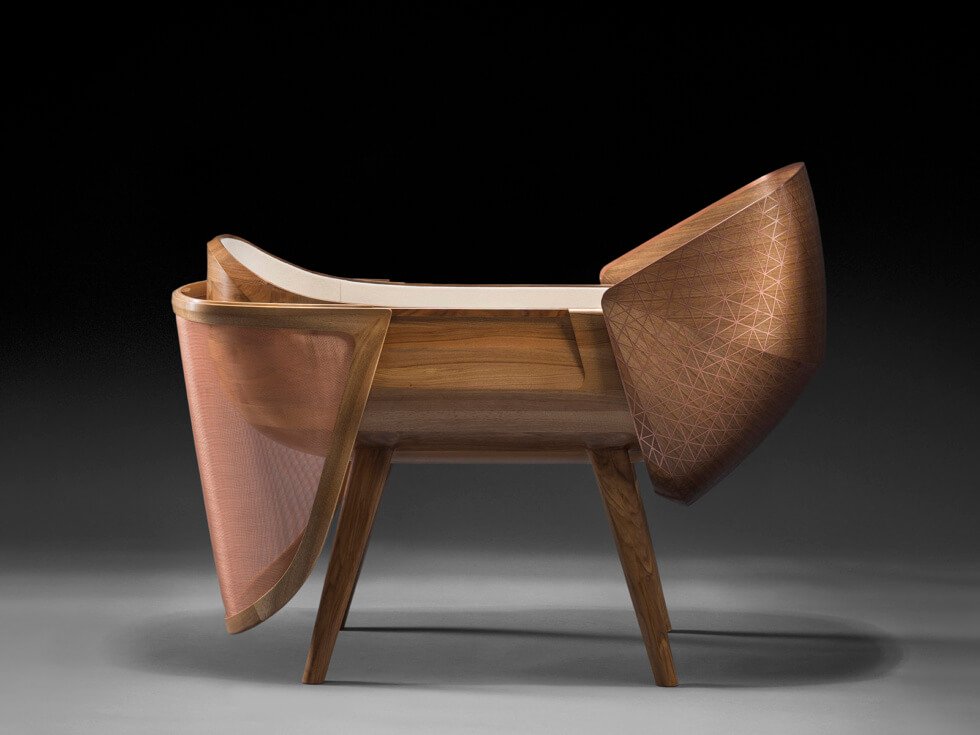 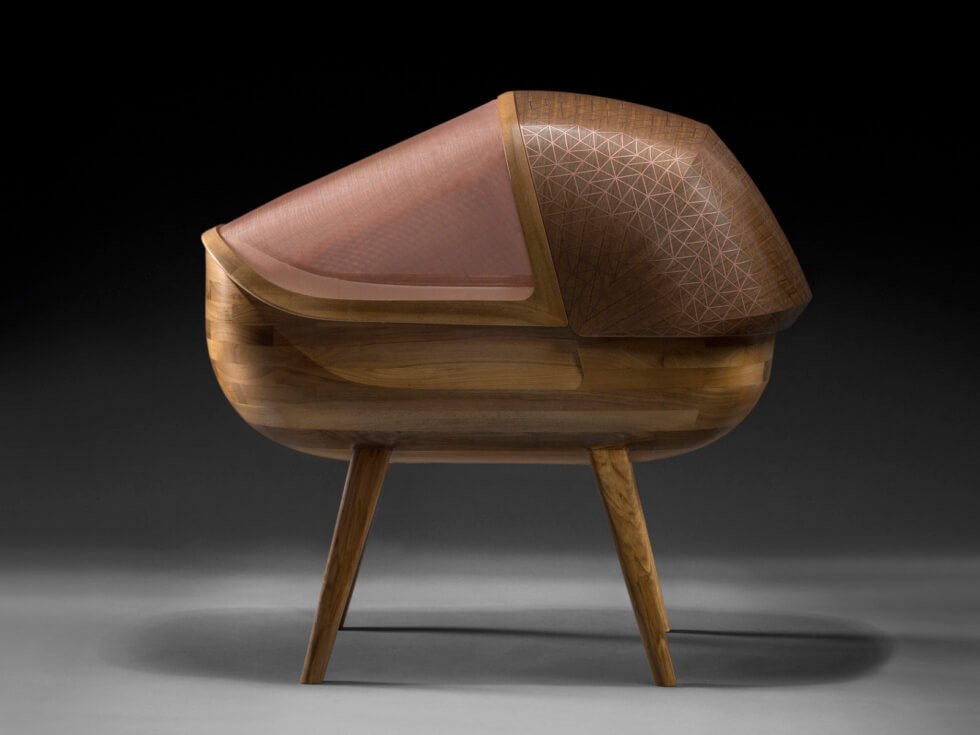 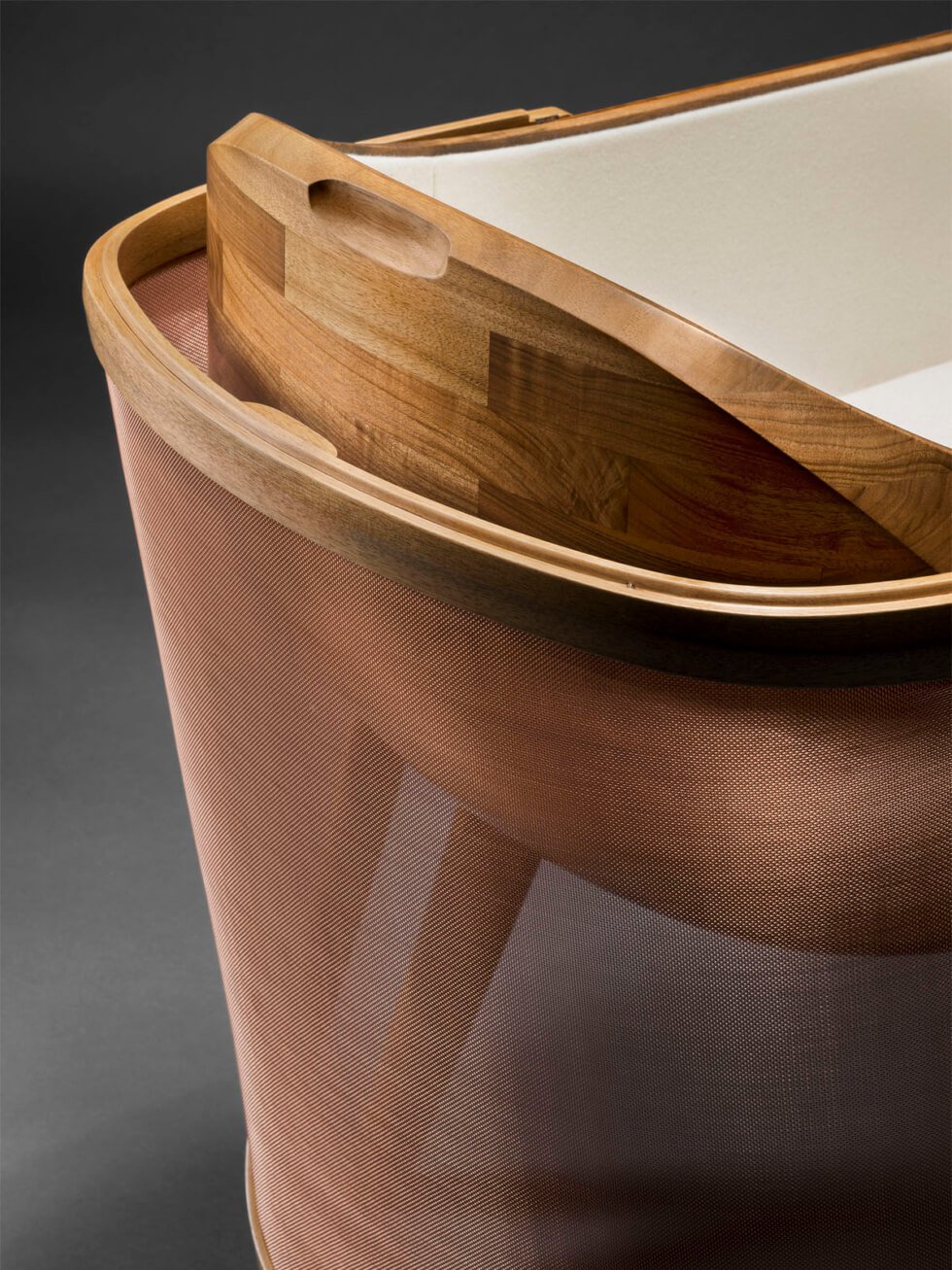 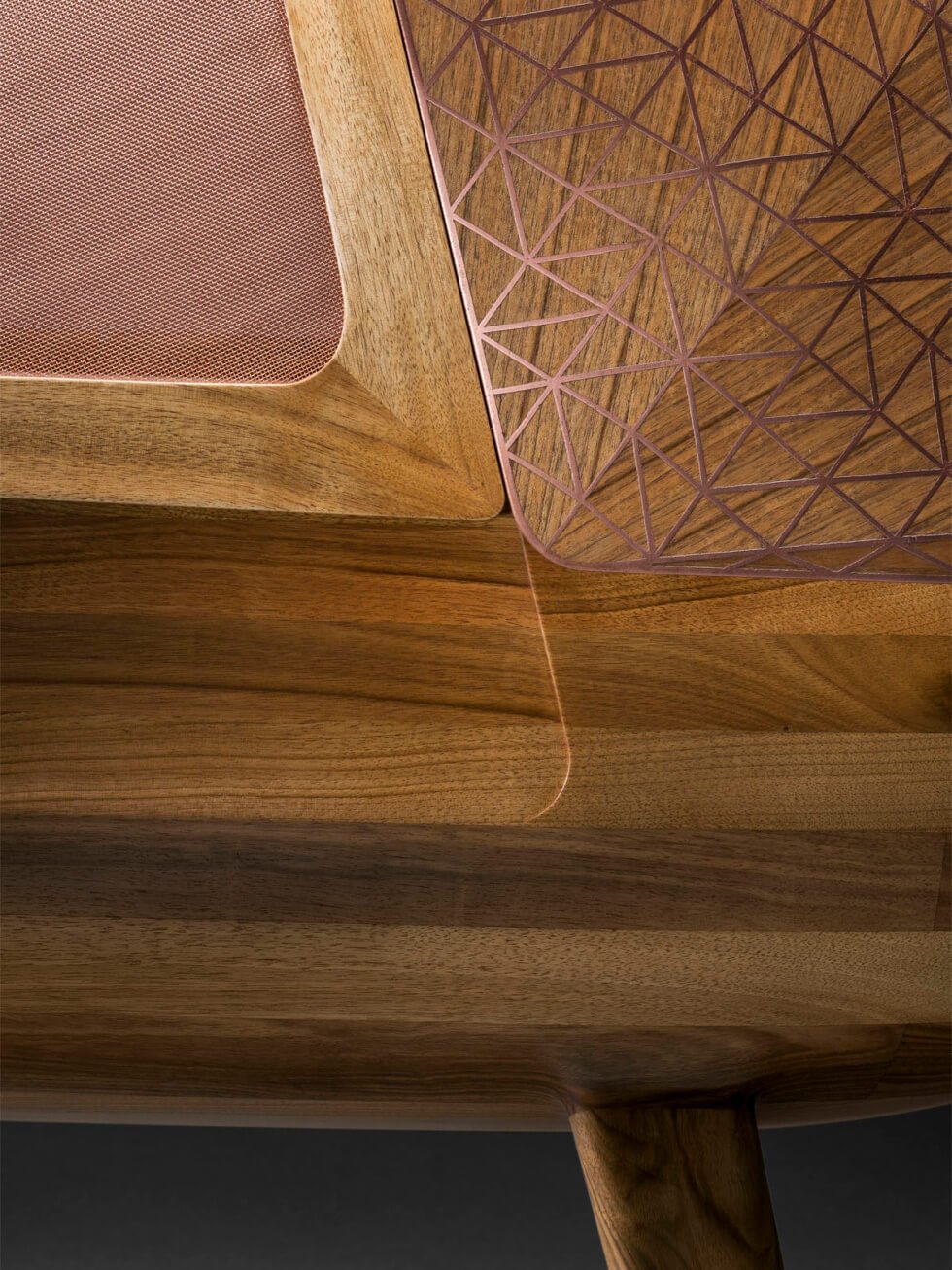 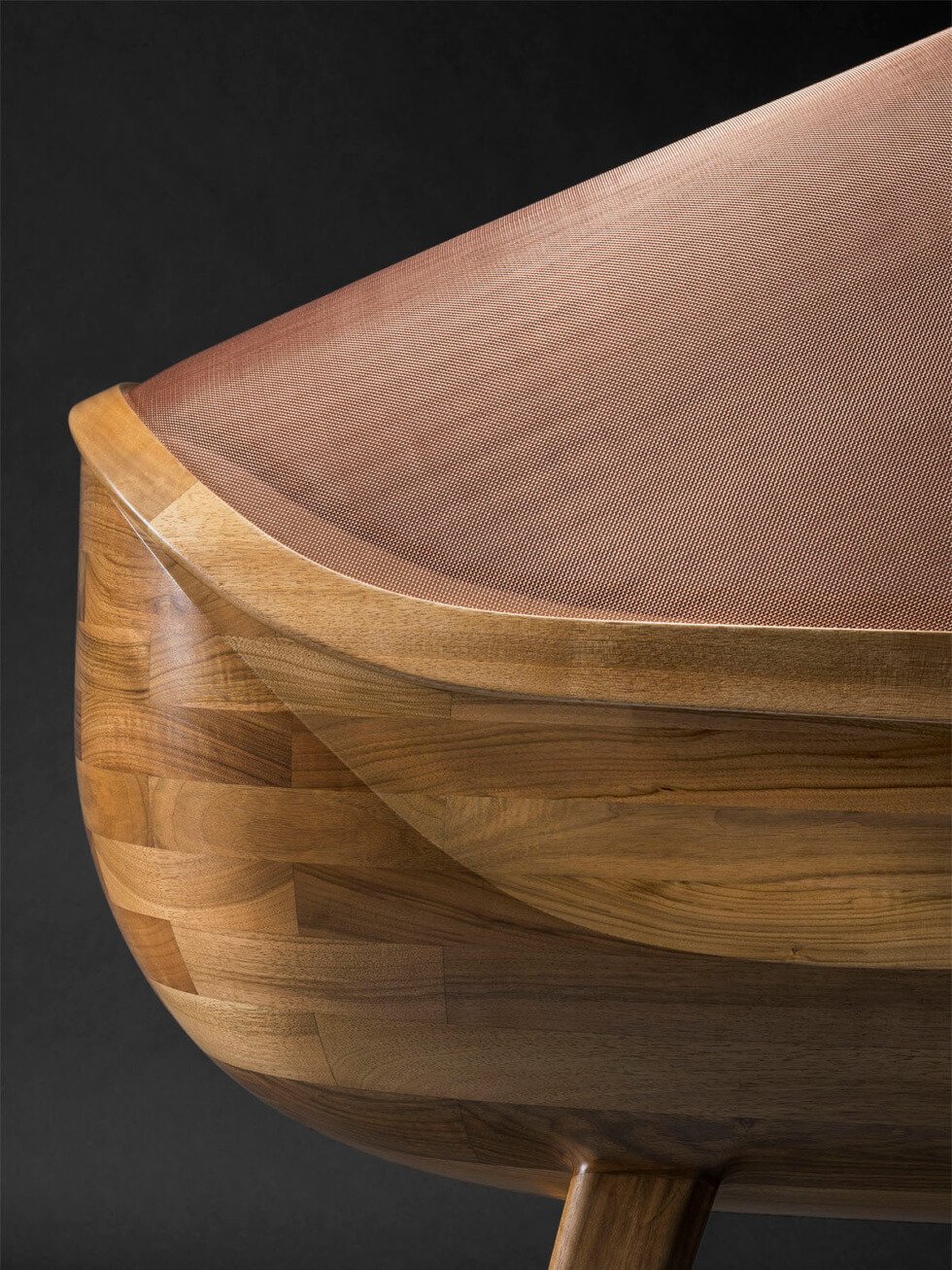