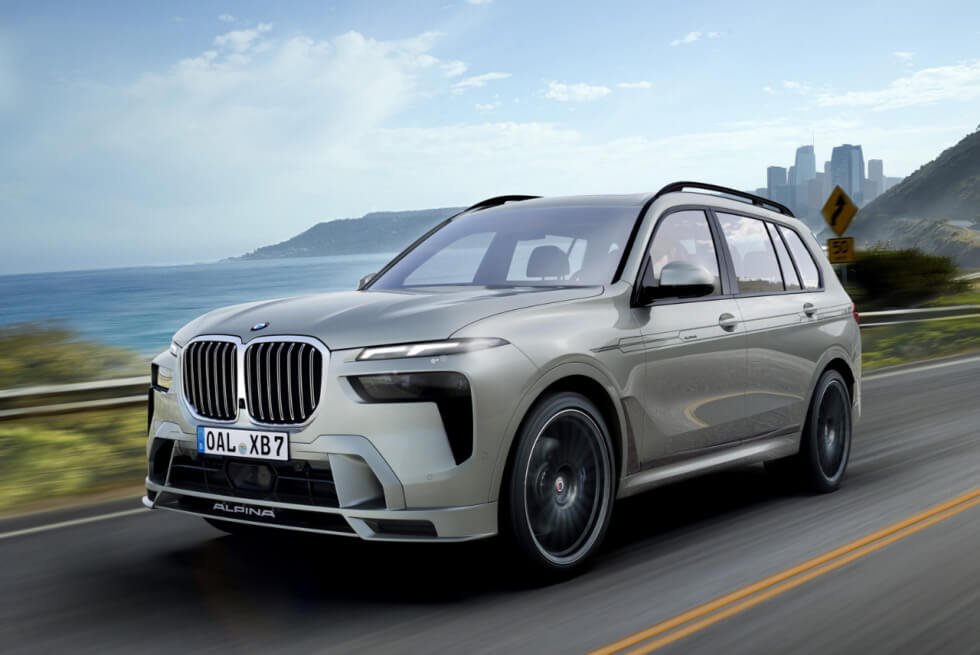 With Alpina officially under BMW’s banner, fans of the German tuning group can look forward to even more luxe releases. In fact, just a couple of months after its acquisition, the firm unveiled the B4 Gran Coupé. It appears they were developing another project since we’re now getting the XB7. Much like the former, the SUV boasts a revamped powertrain.

As with any of Alpina’s offerings, it’s taking a BMW X7 and endowing its signature tweaks and upgrades. For the XB7, changes under the hood include a 4.4-liter twin-turbo V8 that welcomes a mild-hybrid system. The engine is mated to an 8-speed automatic gearbox.

The establishment was quick to point out that output remains the same at about 630 horsepower and 590 lb-ft of torque. Equally notable is the fact that although it now tips that scale at 6,108 lbs, the vehicle retains its performance. The top speed remains at 180 mph, and it can hit 62 mph from zero in 4.2 seconds.

It’s likewise remarkable how they’re able to tune every aspect of the build to keep it as close to the X7’s original numbers. Let’s move on to the aesthetics as the XB7 introduces some changes to set it apart from BMW’s model. Alpina goes for an illuminated grille, custom twin headlights, and then there are the slightly more aggressive intakes.

Then there’s the rear which shows four exhaust pipes. This makes the SUV look noticeably bolder than the standard version. So far, the interior receives Alpina’s touch of class with exclusive seat trim options and a different steering wheel. Other elements in the cabin also now flaunt bespoke designs. They’re now accepting orders for the XB7 and delivering the first batch of units later this year.