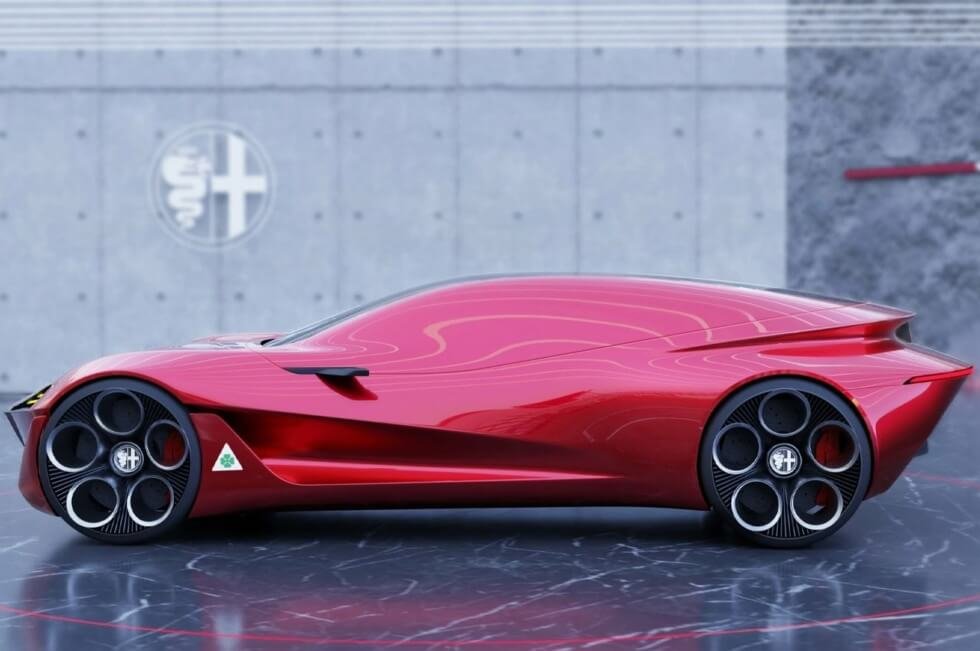 Alfa Romeo may no longer be a major marque when people think of Italian carmakers, but it still maintains a strong following. There are conflicting rumors regarding the company’s future, but we hope things turn out for the best. Thus, let’s shift our attention to this striking concept of what their future vehicles could look like.

Penned by Klaus Dahlenkamp, it boasts an aggressive aerodynamic silhouette. The lines curve smoothly from the front and taper sharply at the back. So far, the design drives the point home that it is built for speed. We didn’t catch it the first time, but a closer look reveals a couple of interesting features. This Alfa Romeo doesn’t have any doors.

The only logical alternative here would be a canopy that’s either hinged at the front or rear. Another notable characteristic here is the absence of windows on both sides. Since there are no images of the occupant’s perspective from within the car, this is an odd decision that would affect the driver’s situational awareness.

Perhaps this is just an oversight, but we might never know. Alfa Romeo emblems appear on the hood and on its stylish wheels, while the script adorns the tail. Instead of regular side mirrors, the two wings on each side are likely packing rear-facing cameras. This is nothing new as some manufacturers already have it.

There are no shots that show the full front section of this concept. Nevertheless, we can see some yellow LEDs peeking out of what could be cutouts for the recessed headlights. Meanwhile, the taillights and turn signals seem to be integrated into a single LED strip on the back. Finally, this Alfa Romeo is supposedly an EV, which is another cool bonus.

Check out more of his work 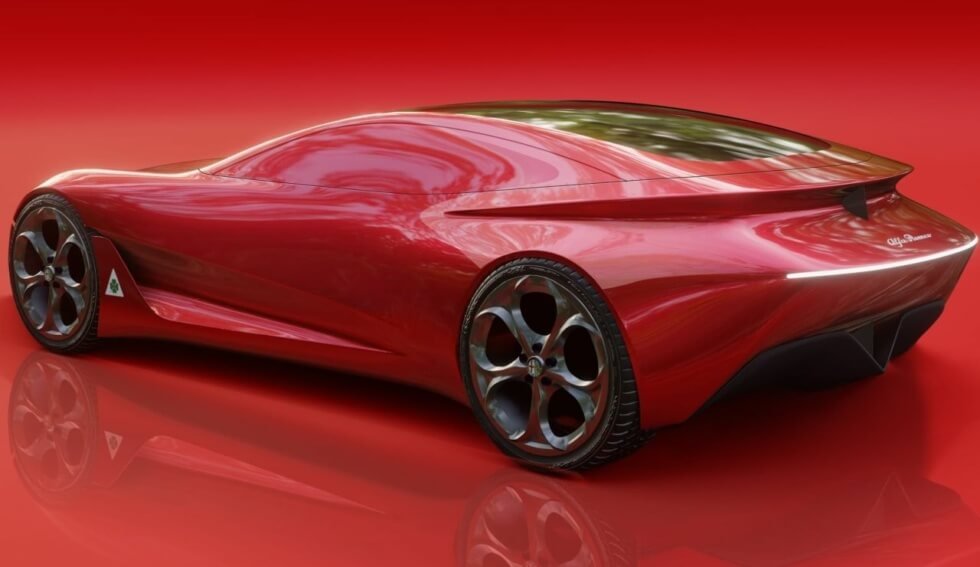 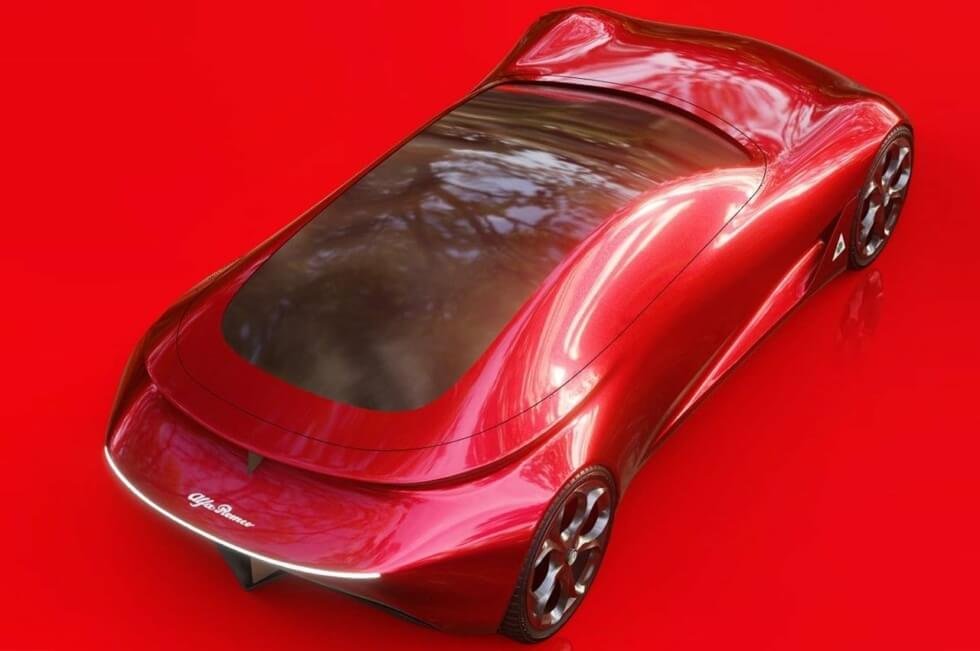 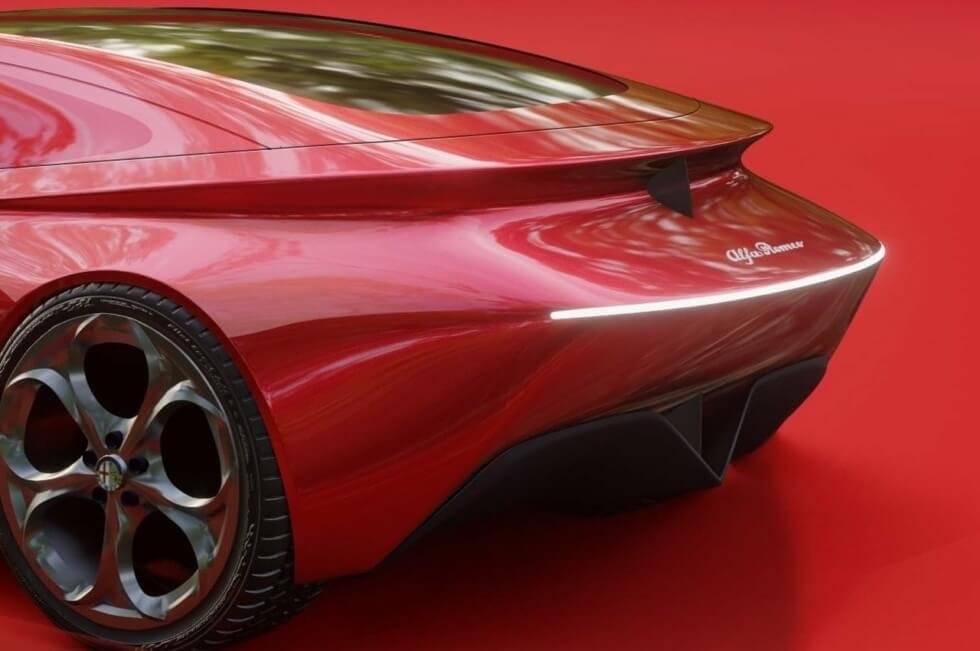 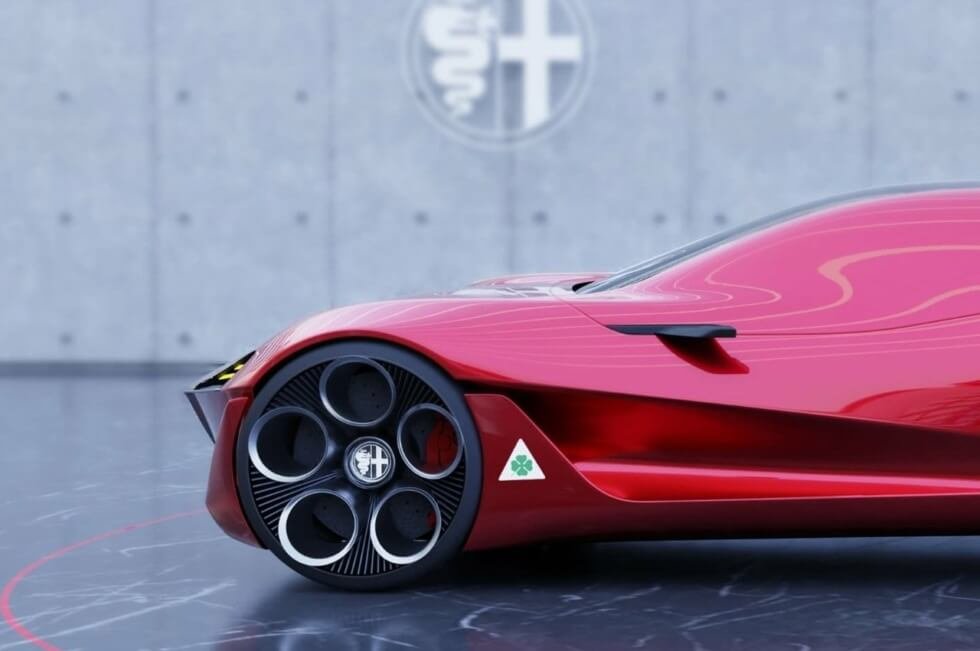 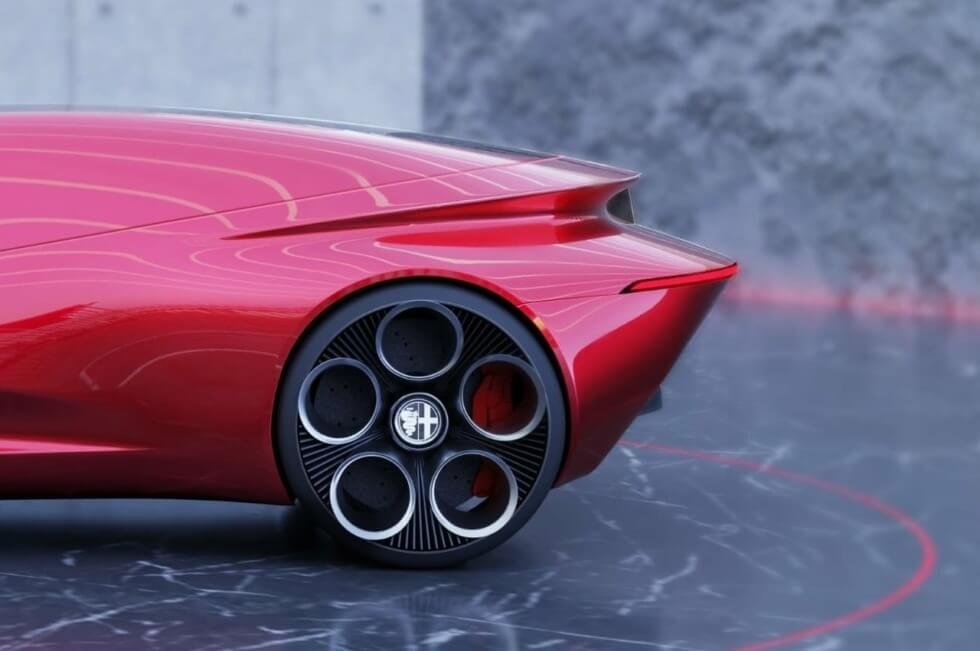 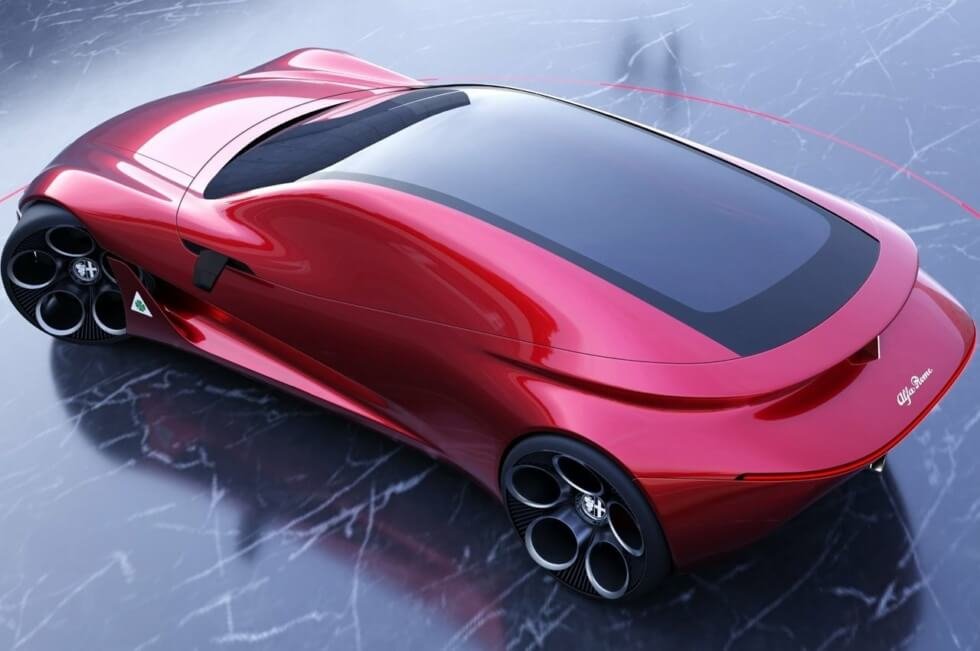 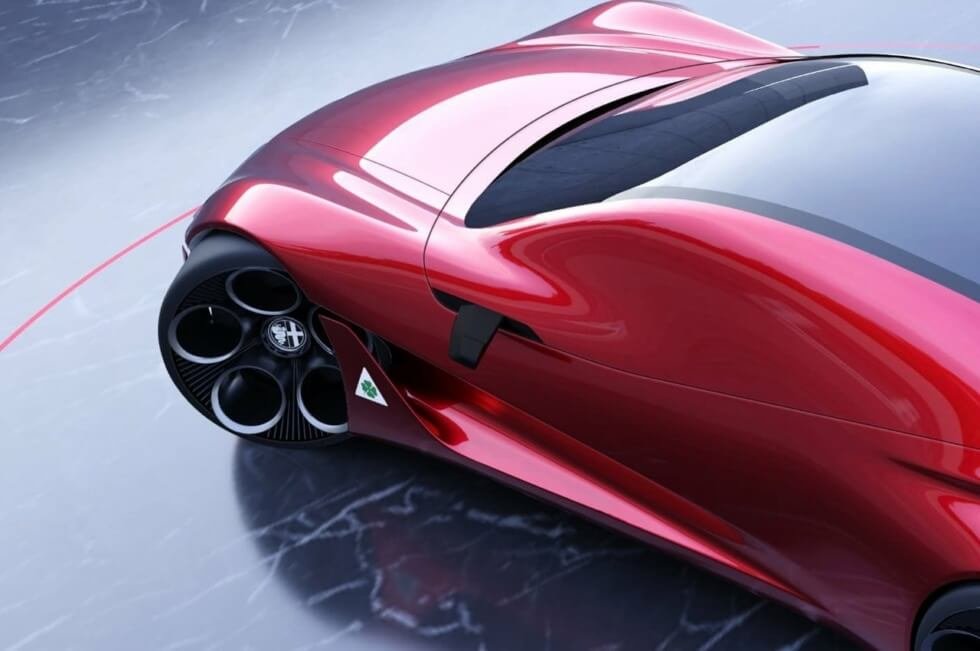 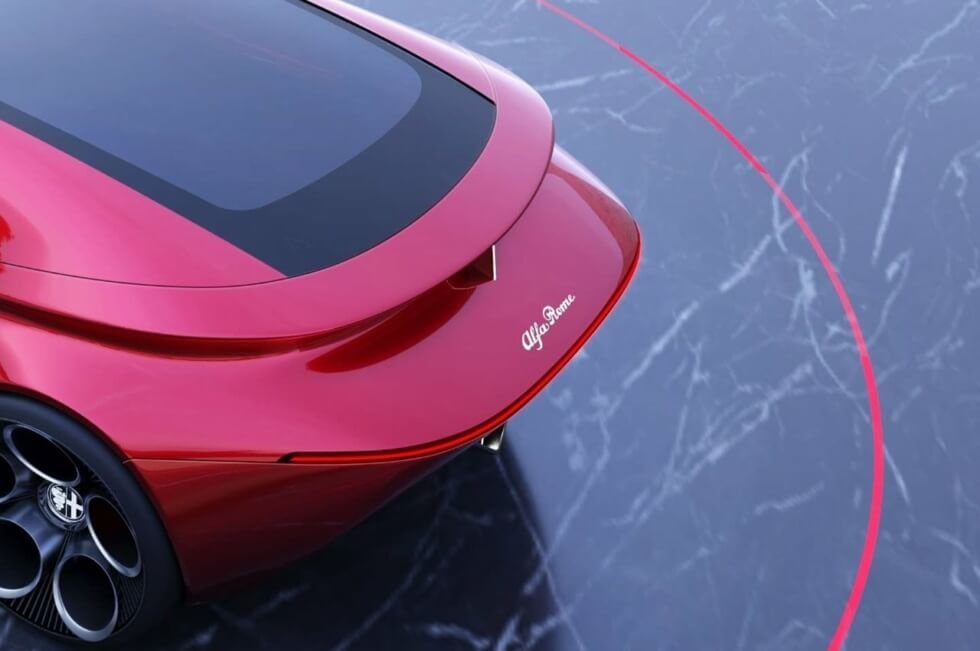 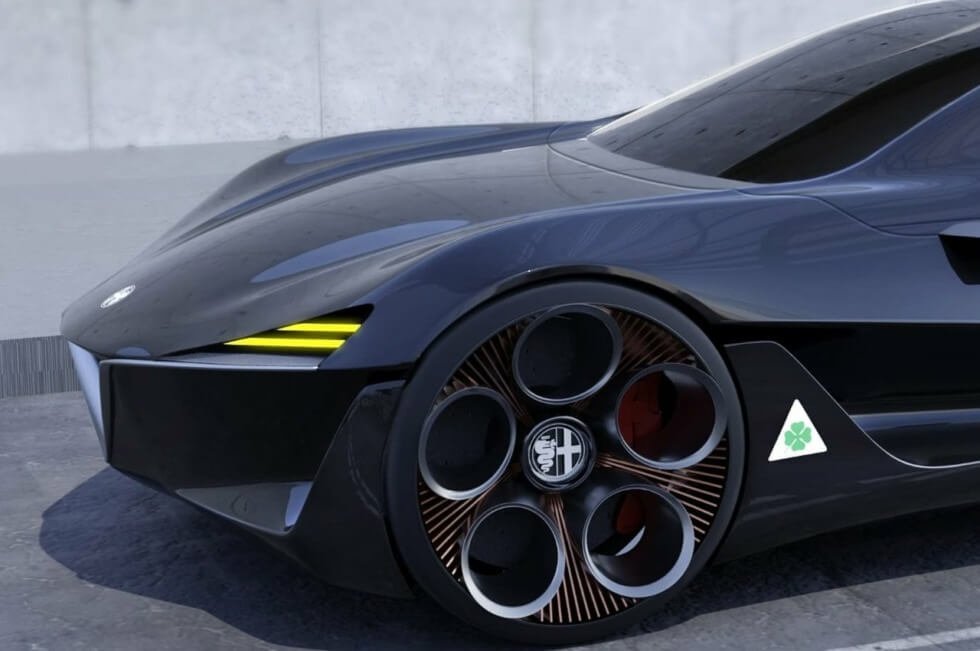 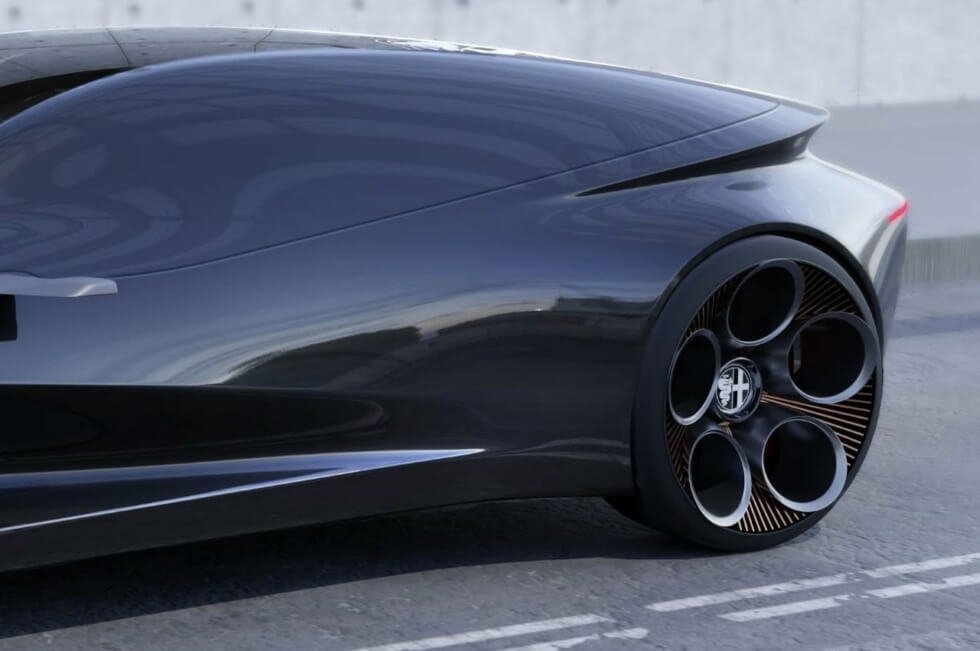 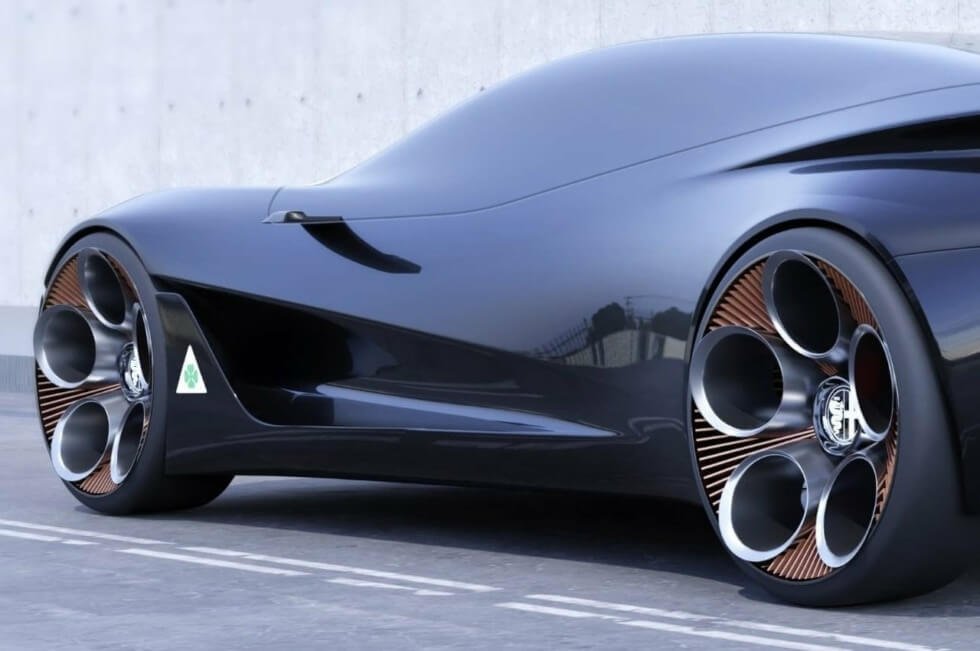 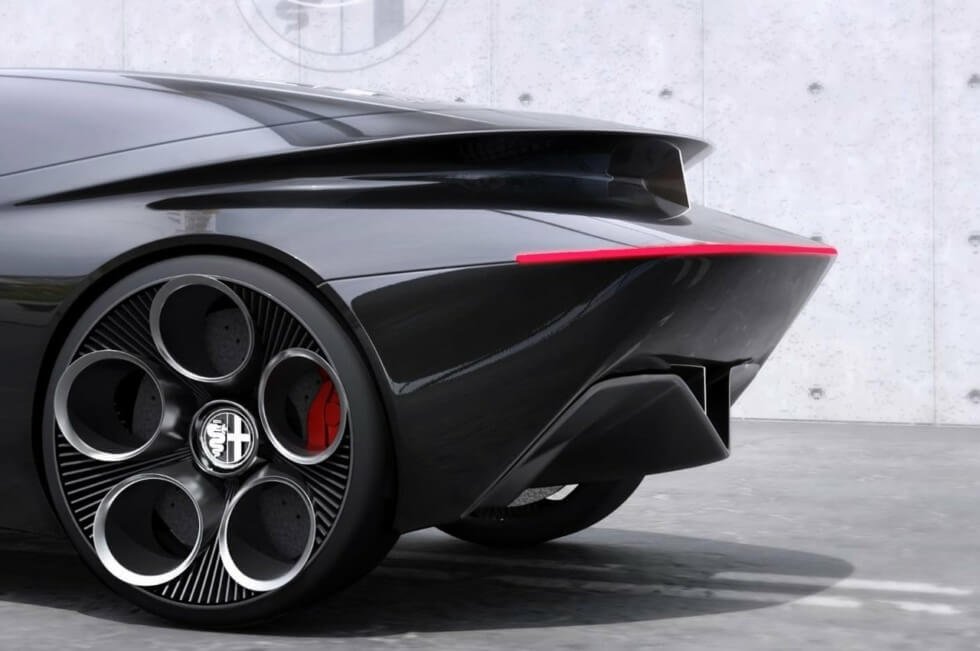 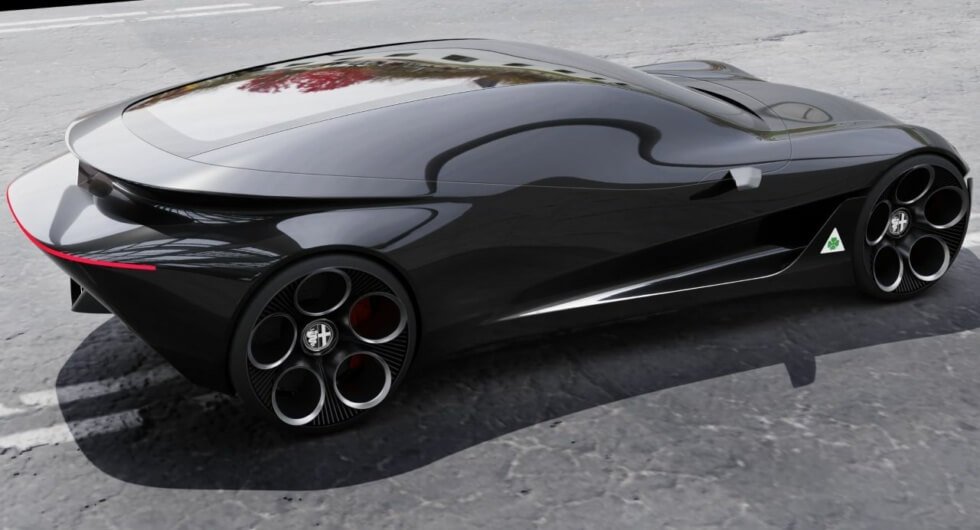 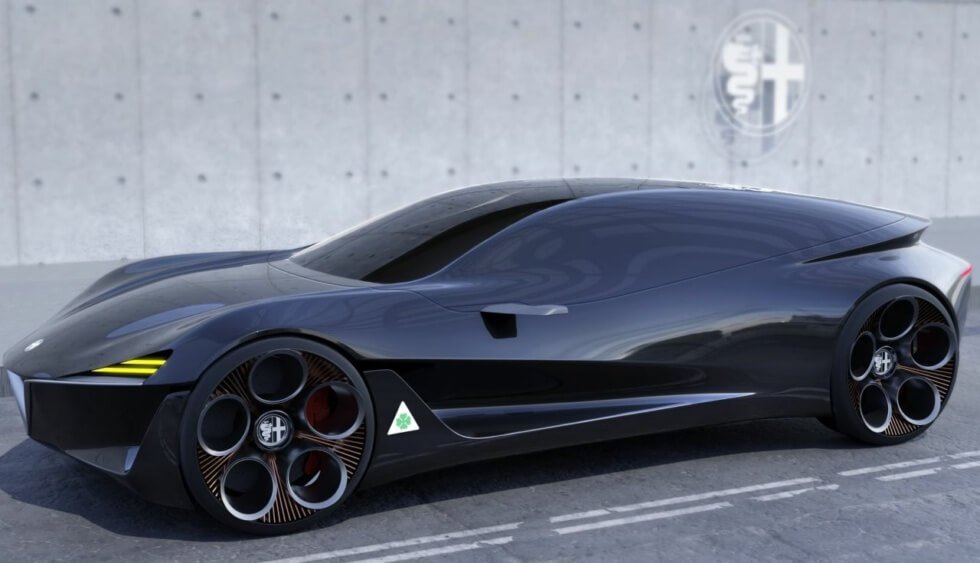 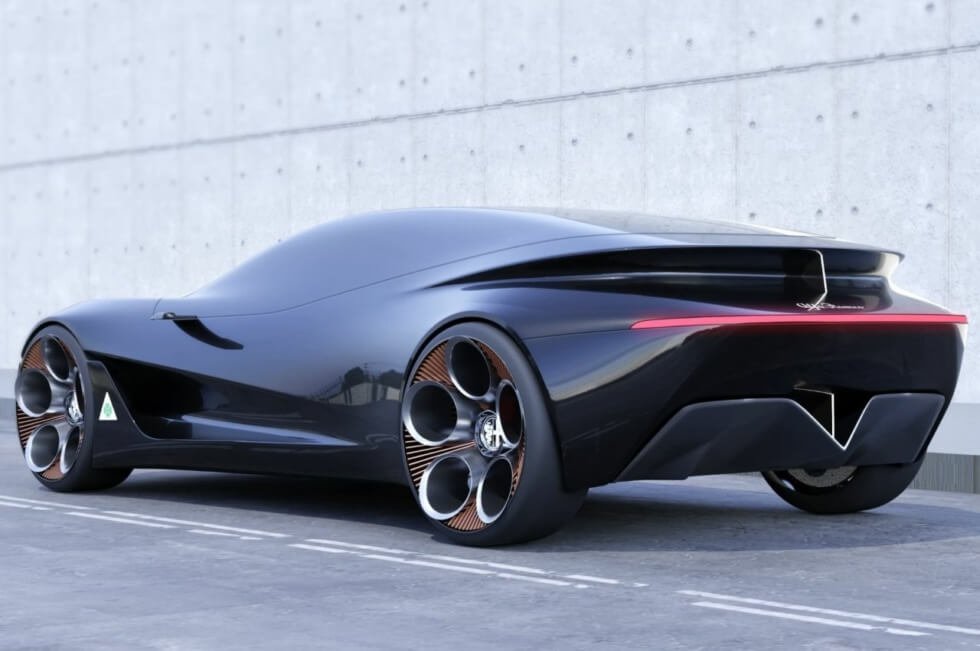 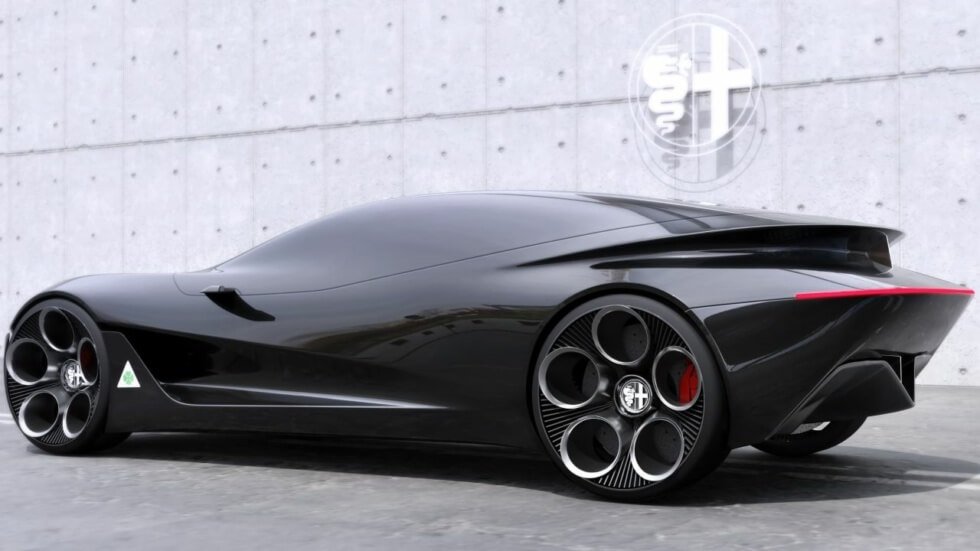