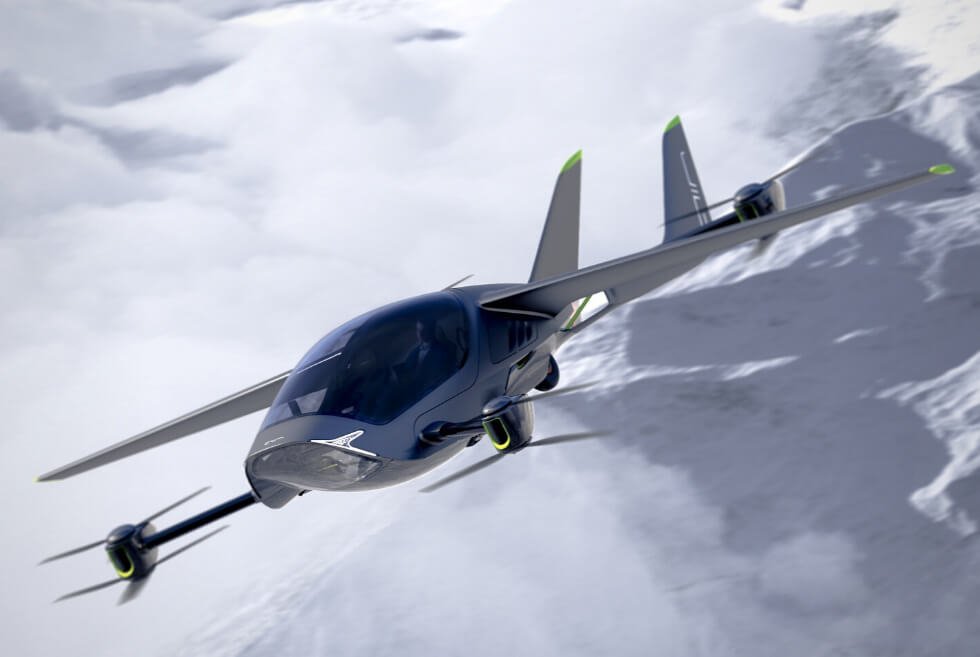 Not everybody is fortunate enough to afford other means of transportation. Aside from luxury vehicles, the rich can always call upon their yachts or private jets to get around in style. With the eventual rise of traffic congestion, personal flight is becoming more of a feasible solution. The AIR ONE is one of the several concepts commuters need to have soon.

You’ll notice that over the years designers have tweaked their ideas on what a  flying car of the future would look like. Since building airstrips everywhere is technically not possible, eVTOLs are becoming the most feasible configurations. Hence, the AIR ONE touts a fixed-wing setup with eight rotors.

Two pairs are mounted at the front, while the other dual rotors are posited at the rear. Similar to your typical quadcopter drones, this will most likely improve overall stability during flight. Unlike some of the airborne rides we featured a while back, the aviation startup goes for a modest two-seater.

Another cool aspect of the AIR ONE is how it eschews typical entry procedures. Instead of doors with stairs, the cabin opens like a clamshell. They just need to hop inside the cockpit, buckle up, close the canopy and it should be ready to fly. Meanwhile, the bottom section of the nose is made of glass to aid with visibility.

Sitting side by side, both passengers can access the controls of the emission-free aircraft. Cruising speeds should be up to 155 mph with a range of 110 miles. To ensure safety, the integrated AI regularly monitors the systems of the AIR ONE for possible issues that could affect its performance. 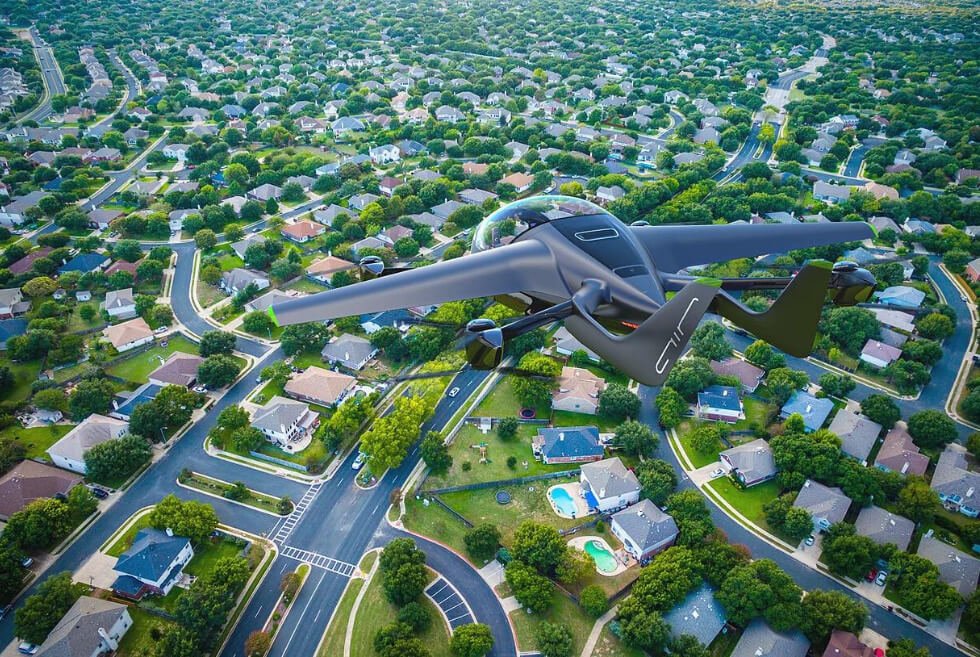 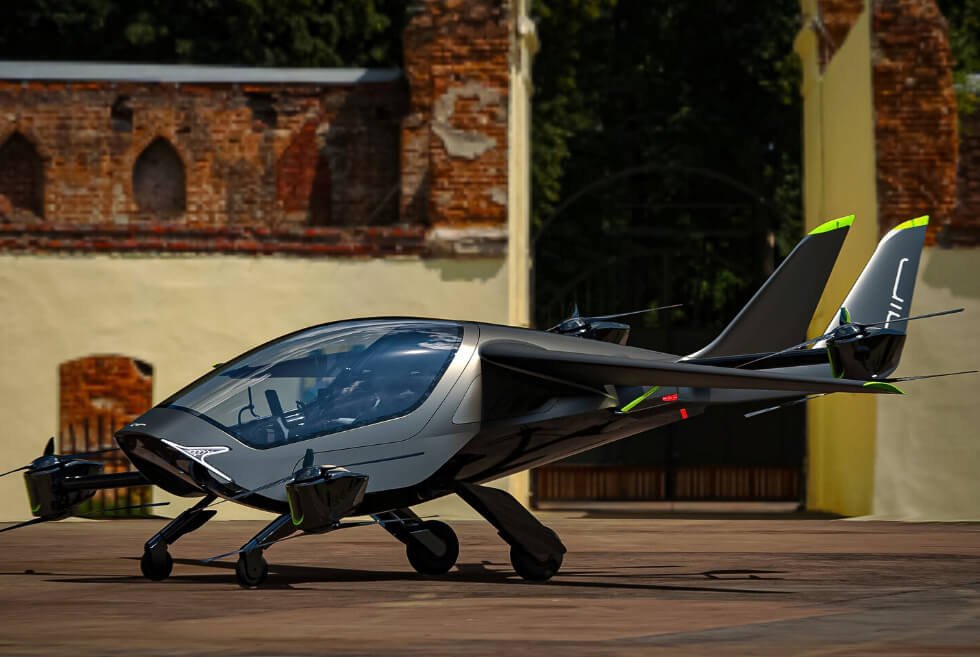 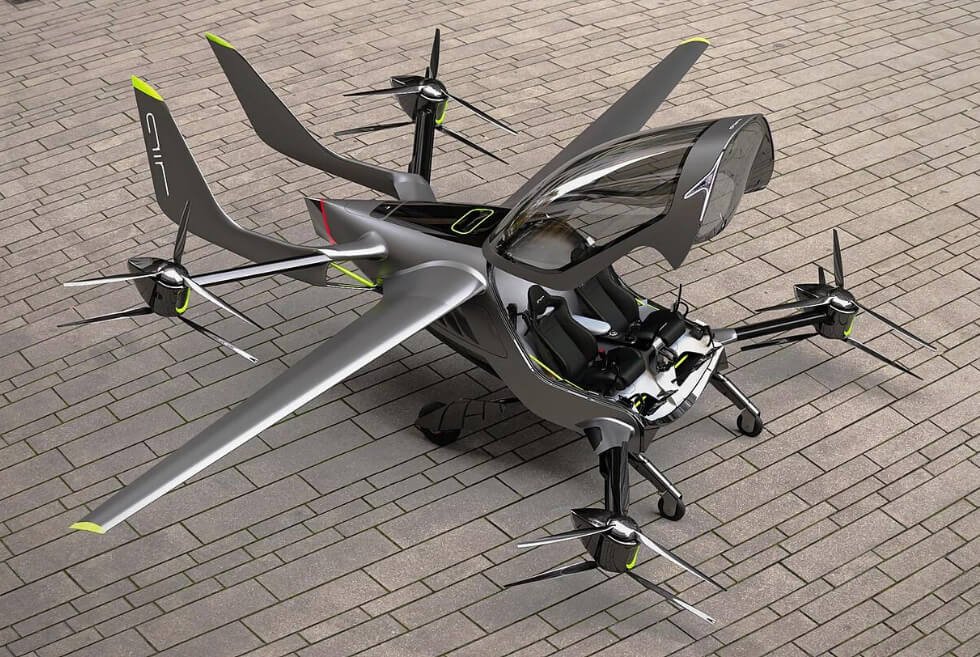 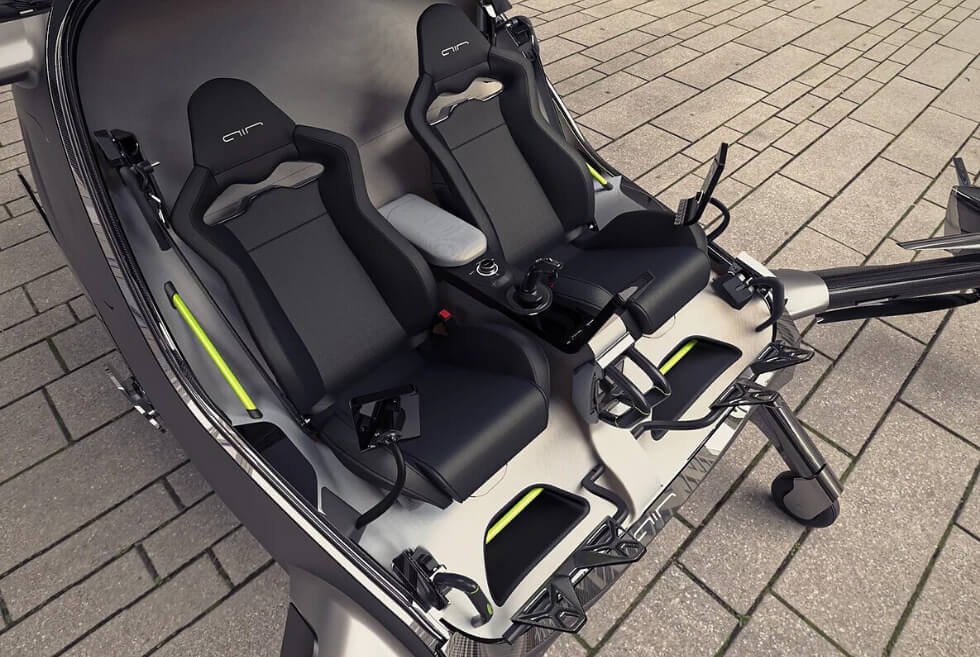 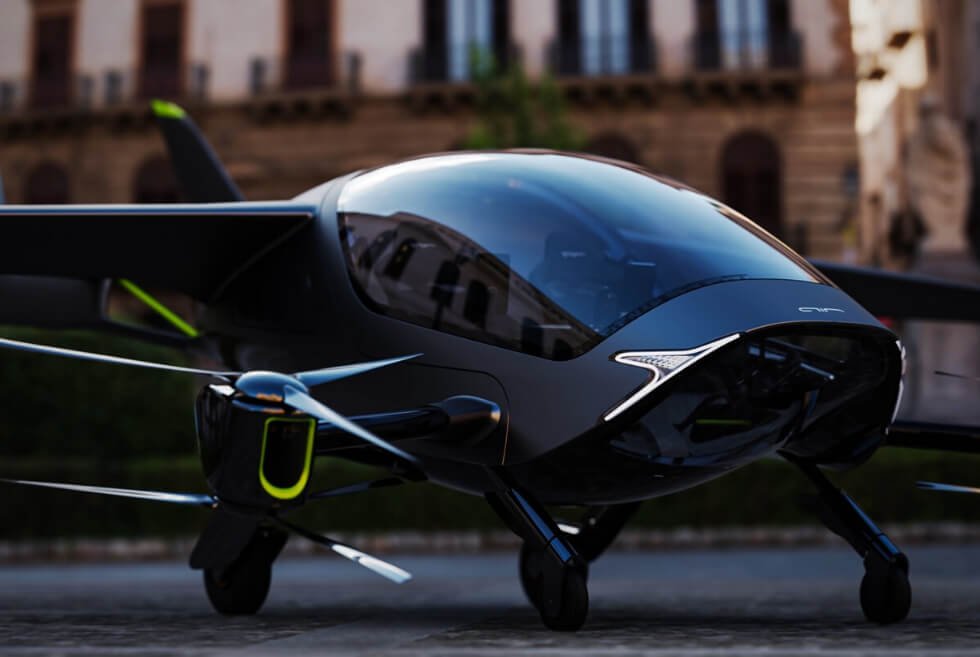 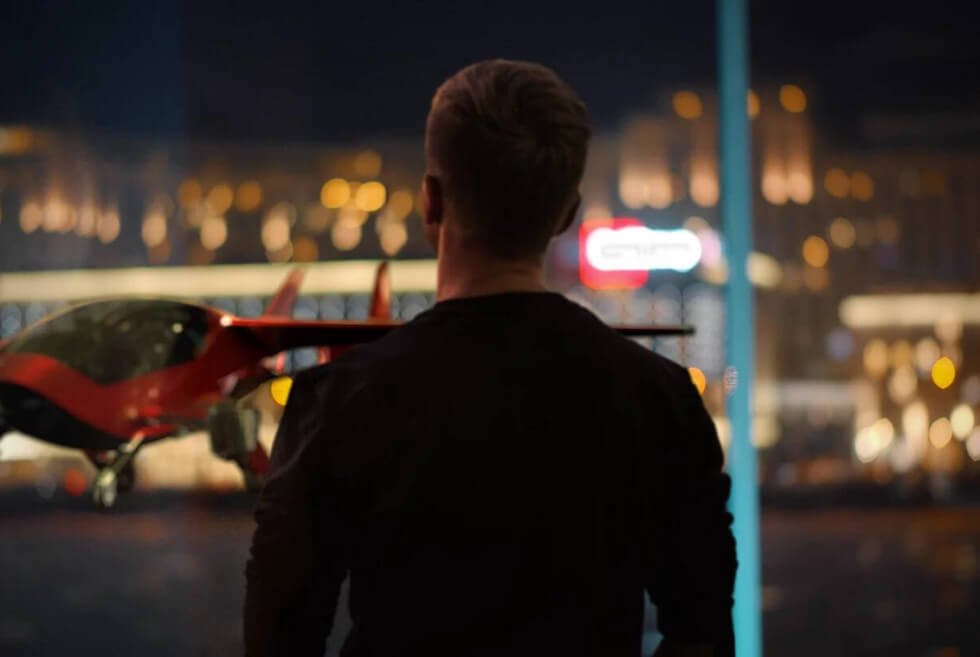 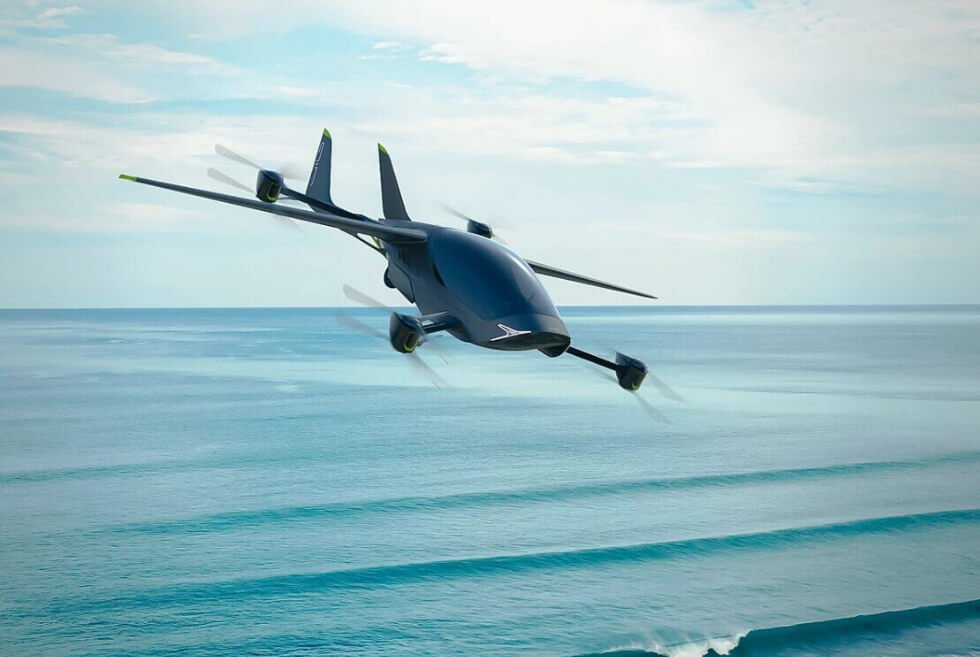