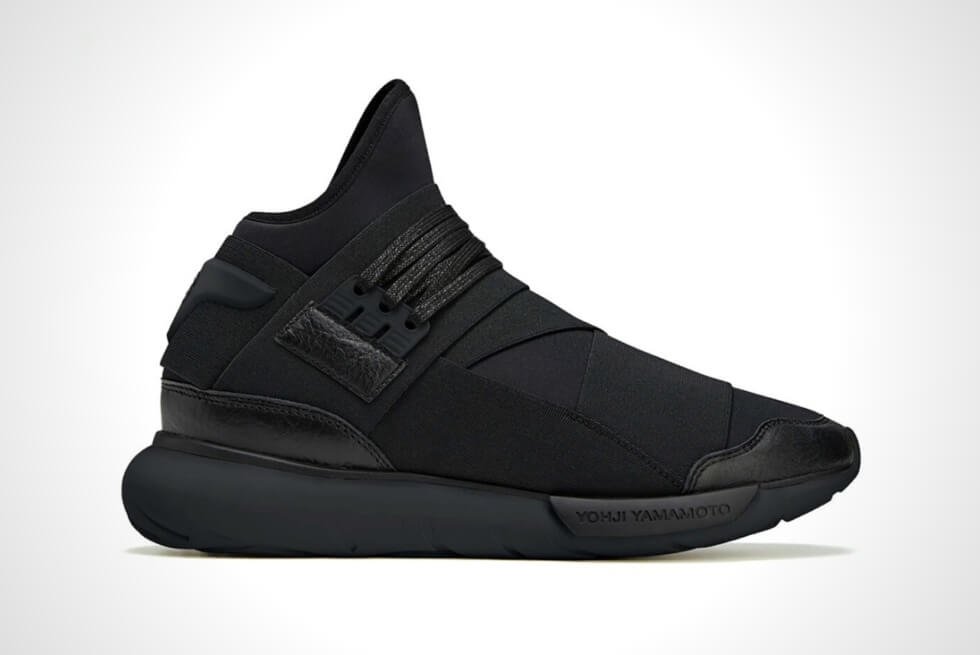 There’s a reason why we’re big fans of Yohji Yamamoto. Aside from his distinct sense of style, the Japanese fashion icon is likewise a huge proponent of darker hues. For his latest project, Adidas reaffirms their partnership with the Triple Black re-release of the Y-3 QASA HIGH. It’s an awesome opportunity to cop these kicks for your collection.

When you’re a fan of blackout colorways, this reissue of a beloved silhouette by the German sports apparel group and the avant-garde designer is a must-have. There’s no doubt about it that this Triple Black is oozing a minimalist appeal. Not only is it from the dark tonal color scheme, but its overall functional simplicity.

Both parties have certainly come a long way since their first collaboration in 2002 at the Paris Fashion week runway. Fast-forward to 2013 and the Y-3 QASA HIGH officially made its debut and found its way to the feet of the world’s most influential personalities. Now’s your chance to grab a pair in this stealthy shade which is sure to sell out shortly after it drops.

We mean it when we say these sneakers are understated yet striking. It flaunts an upper that mostly uses neoprene to form the base and the overlaying panels. To add some textural contrast, Adidas endows the Y-3 QASA HIGH Triple Black with leather components. These are visible on the mudguards, heel, and lace cages on each side.

The Y-3 branding appears on the heel straps, Meanwhile, the Yohji Yamamoto name is debossed on the midsole element just below the mudguards. Waxed black laces and elastic straps keep the Y-3 QASA High Triple Black firmly on your feet. Finally, it retains the familiar tubular outsole units. This Victorinox I.N.O.X Titanium Looks Classy And Rugged With Its Red Paracord Strap

Beneath the sapphire crystal of the Victorinox I.N.O.X Titanium is a gray dial with a date window between 4 o’clock and 5 o’clock.