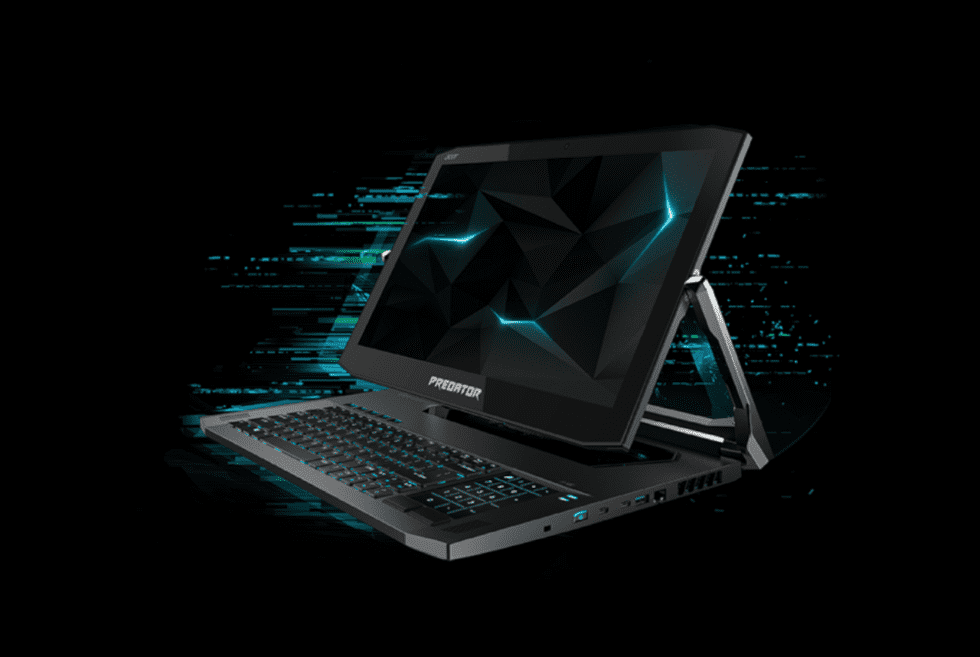 Acer unveiled the Aspire R14 several years ago, which in itself was an interesting twist on the convertible PC. It featured an easel-like hinge that allowed you to rotate the screen all the way to the back. Fast forward to today. Acer has not only given that mechanism a proper name — Ezel — but is also incorporating it to one of its gaming laptops, the Triton 900.

Unveiled at the IFA trade show in Berlin, the Predator Triton 900 is Acer’s latest gaming beast. You’ll be able to twist the screen all the way around for a tent-like orientation. You’ll also be able to lay it flat if that’s more of your style. Either way, the Triton 900 should perform monstrously. A representative says it’ll come with the latest graphics chip from NVIDIA. It’ll also have the latest version of Acer’s Aeroblade cooling technology that’s supposed to feature 10 percent more airflow compared to its predecessor.

Technically, the Triton 900 also acts as a tablet thanks to its hinge, but it’s not clear just how comfortable that would be. It looks possible, but it would probably feel too bulky and heavy for some users.

The gaming laptop has a mechanical keyboard with RGB lighting and a trackpad on the side. You can easily switch this to numerical keys if preferred. Acer didn’t share other details like specs, pricing, and availability. Hopefully the company gets it ready just in time for the CES this coming January. Just note that this will be Acer’s latest Predator Triton gaming laptop, so it’ll most likely have top-tier performance and specs.

The pricing for Caviar’s exclusive Galaxy S21 Ultra already starts at $77,230 for the base storage option of 128 GB and goes up from there.

All of the Galaxy Note 20 Ultra units from Caviar tout metal frameworks with rose gold electroplating and back panels made out of marble.

The Premiere is capable of up to a 130-inch projection and is apparently the world’s first HDR10+ certified projector with triple laser technology.

Noise Cancelling Headphones and what the technology brings to the table

Get comfortable and let's dive in to know how noise cancelling headphones work and what they offer in contrast to regular ones.