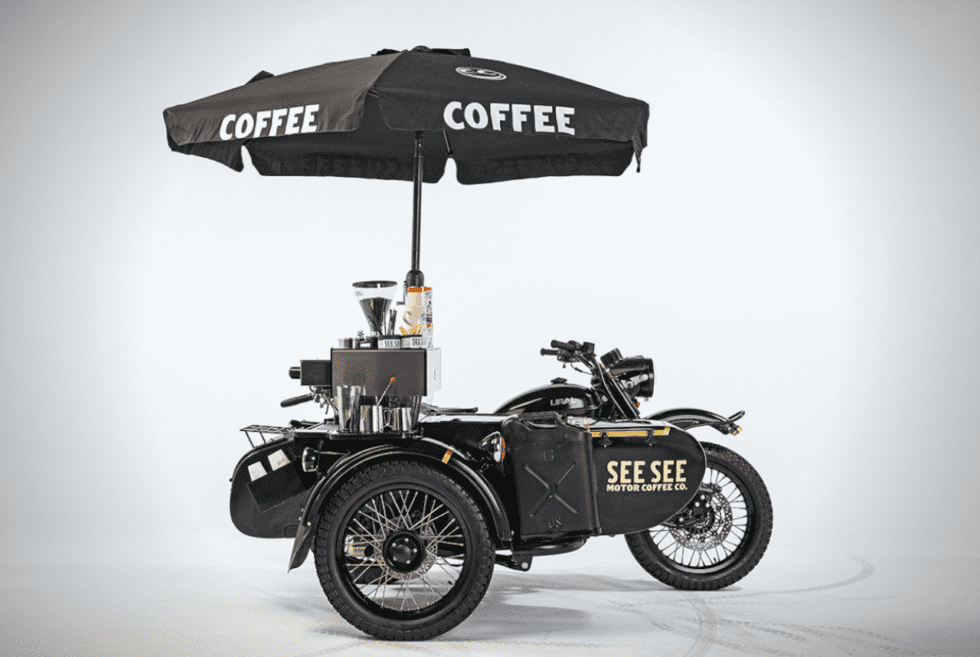 A Racing Bike That Makes Espressos

See See Motor Coffee Co., the one responsible for the ride you see above, calls it “a real cafe racer,” and we’ve never heard a name that so perfectly encapsulates just what this is — a monster racer that’s also an espresso-on-wheels.

Combining coffee carts and motorcycles isn’t a totally new idea. There are a handful of custom shops who’ve dabbled in similar projects previously. But this is perhaps the first time an espresso machine has been attached to the Ural cT sidecar.

See See Motor Coffee owner Thor Drake has avoided making coffee and motorcycle mixup projects for a long time. In fact, the first and last time it built one, the XR400, was ten years ago.

“Someone once said to us: ‘You guys build those cafe racer bikes, right?” Drake recalls. “We didn’t know how to answer, because we do quite a bit more than just build bikes.”

That hiatus came to a halt until the Ural cT came along, leading Drake to create a real cafe racer.

The bike is a 750cc sidecar with a reverse gear. You’ll never guess its historic charm in just one look alone. This is the same bike that’s been used in the Second World War, but outfitted with much better brakes and fuel injection.

As for the coffee component, Drake threw in a La Marzocco Linea 2-group espresso machine, attached it to a 26-gallon water tank. Once in place, Drake called Black Rabbit Service Co. to apply some finishing touches and ensure peak performance.

If you’ve ever dreamed of selling espresso on the street in style, you’ll find everything you need here, including a hand sink, a pitcher cleaner, a built-in cooler, a coffee grinder, and a 220v/110v electrical panel.