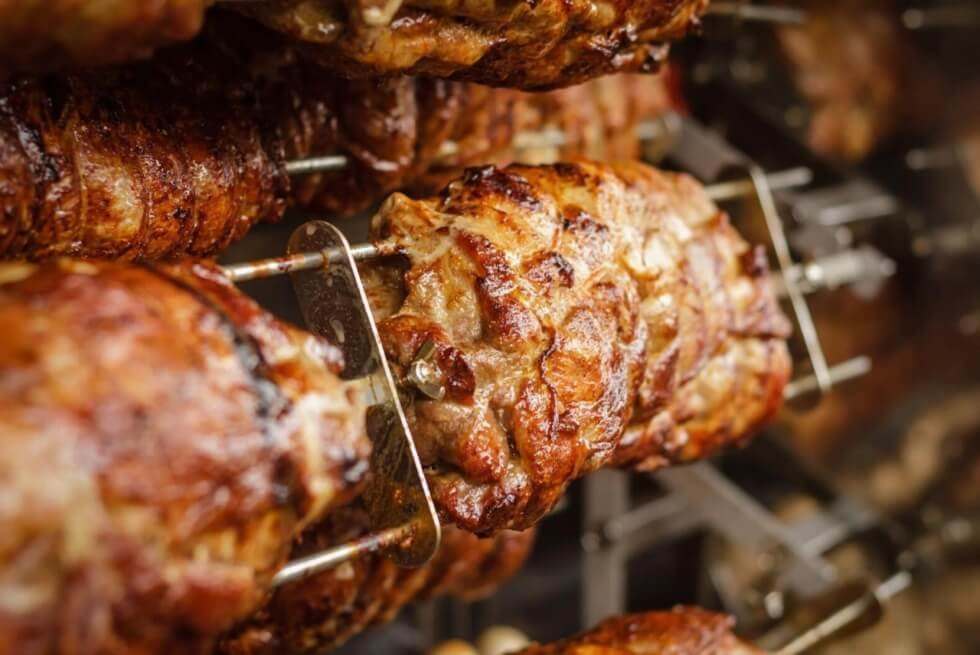 Humans can eat meat because our ancestors several thousand years ago figured out how to cook it. Whether it’s chicken, pork, beef, fish or any of the many other types of meat that humans eat, cooking is almost always part of the equation. Yes, there are some notable exceptions like sushi and steak tartare, but those get prepared using special methods that make them relatively safe to eat. So, when it comes to how you cook meat in your kitchen, what are the best ways to do it? Which methods offer the most flavor or the best health benefits or are simply the fastest and most convenient? Any meat lover should know the basics of the following six methods for cooking meat. 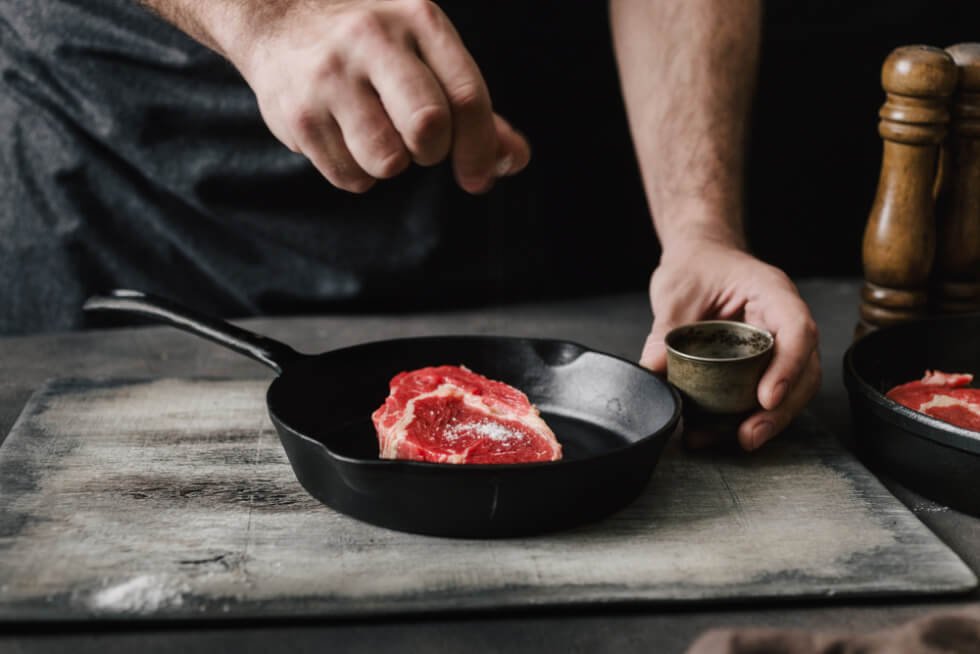 Grilling is best defined as cooking over an open flame using radiant heat — in other words, the OG meat cooking method that started it all. Although today’s grilling accessories and methods are (to say the least) a little different from the ancestral ones, the basic concept has stayed the same. It’s a highly social, relatively healthy and incredibly tasty way to cook! Versatility is another reason people love grilling. If you know a few simple tricks, you can do anything from burgers to salmon to steak to chicken. Today, you’ll find people grilling on everything from charcoal grills to gas grills to wood pellet grills, and all are amazingly powerful culinary tools.

Smoking meat is a close relative of grilling, with a few big differences: The heat is indirect, and the temperatures are lower. It’s a “low and slow” cooking style that prioritizes flavor over speed, and the results are nothing short of delectable. Pretty much any BBQ meat, such as baby back ribs or pulled pork, is smoked. Cooked over high heat, many of these cuts are chewy and unpleasant,  but the low and consistent heat of smoking melts the fat and connective tissue, turning them into flavorful delicacies.

You don’t need a lot of special gear to smoke meat. Many people even do it on a standard charcoal grill. However, using a specially designed smoker can give you more consistent results and make the process a lot easier. Some BBQ lovers swear by charcoal smokers for their old-school flair, while others have embraced modern innovations like pellet grill smokers, which burn wood pellets at an automated temperature setting — low hassle, high flavor!

Frying is using any type of heated oil or fat to cook meat. Several different types of frying exist. The difference between them largely comes down to how much fat or oil is being used. Pan-frying uses the least, with just enough to cook one side of the food at a time in a pan. Deep-frying, by contrast, immerses the food in the heated oil or fat.

You’ve probably heard that frying isn’t exactly the healthiest cooking method. Deep-frying, in particular, brings a whole lot of extra calories into play as the meat absorbs them from the fat or oil. Other variations like pan-frying, however, add a relatively modest amount of calories, as long as you don’t overdo it on the oil. Breading is another big factor; many fried meats are coated in it (think chicken tenders), but you can shave off a lot of calories by going without. 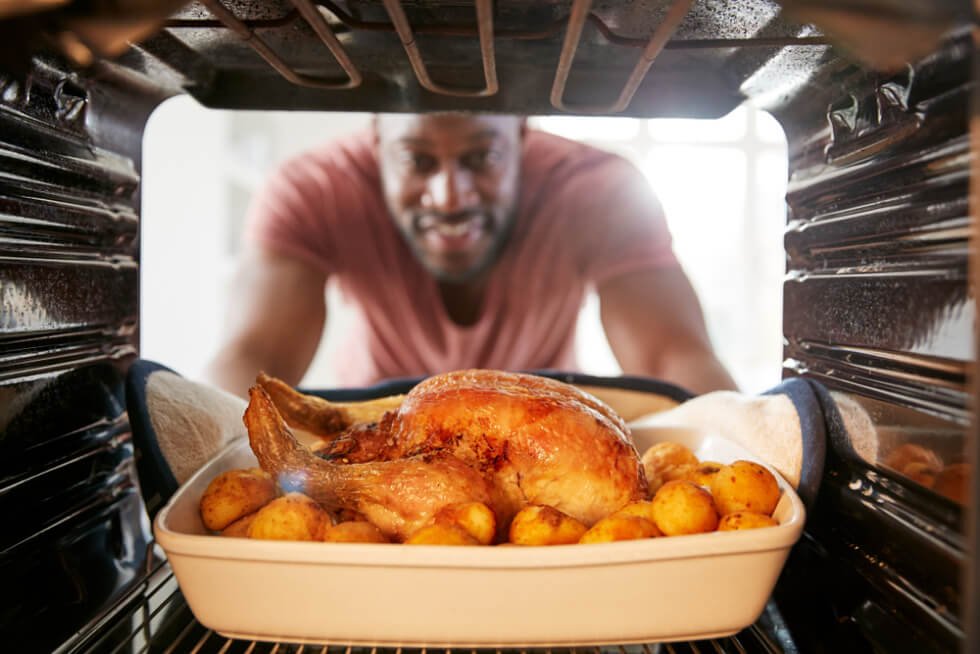 Here’s another basic method everyone should know. Roasting uses hot air to cook meat indirectly, which means it’s most often done in an oven. You’ll apply some oil or butter to the food before roasting (along with spices), but the air is still doing most of the work. To pull that off, your oven needs to be quite hot. This is why most roasting happens at 350ºF and up.

Roasting is a popular method for cooking meat because it’s highly flavorful, easy to pull off and relatively healthy. It’s also a cinch to roast big amounts of meat at once, as in classic roasted chicken or Sunday beef roast recipes. And, since most people already have an oven, the only real investment you need to make is a high-quality roasting pan and a rack to go with it.

Any meat lover should get familiar with the basics of searing, a technique that involves cooking meat over high direct heat for a short time before moving it to a lower heat. Searing produces a delicious dark brown crust on the meat that not only looks picture-perfect but tastes divine. That’s because searing kickstarts the Maillard reaction, an amino acid reaction that gives browned meat its mouth-watering savory taste.

Most people associate searing with steak, as well as with heavier fish like tuna and swordfish. However, well-executed searing can take almost any meat to a new level, including pork, lamb and even chicken. For very thick cuts, there’s also reverse searing, which produces a more consistent temperature all the way through by finishing (rather than starting) the meat over high heat. However you’re doing it, a quality searing surface such as a cast-iron pan is a must-have for getting your sear just right.

Braising is a best-of-both-worlds cooking method that uses multiple cooking stages to get amazingly tender results. When braising meat, you’ll typically start with a high-heat sear until the meat is nicely browned. Then it’s time for some low and slow action as you cook the meat for a period of several hours in wine, vinegar, meat stock, beer or just about whatever else you fancy.

The magic of braising comes from its combination of high and low-temperature cooking. A good sear at the beginning helps produce the Maillard reaction, while the long, low-temp liquid heat breaks down the meat’s tissues in a way that makes them exquisitely tender and flavorful. Plus, braising offers tons of opportunities to tweak the flavors by adding spices and sauces to your braising liquid. 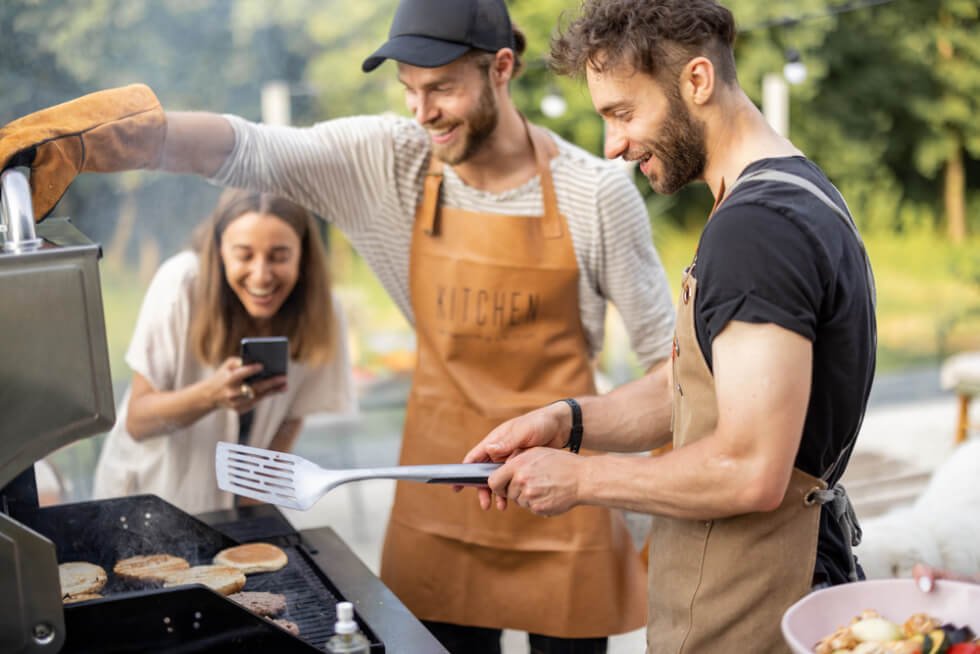 With so many ways out there to cook meat, don’t feel like you need to master them all at once! Get good at your favorites, and then start exploring other avenues. Before you know it, you’ll be able to serve up delicious meat using a stunning variety of methods.

The ASMOKE 350 pellet griller uses steam to flavor food and cook it 3x faster and to allow easier cleanup of ashes during cool down.

Enjoy Rich, Flavorful Coffee With The Breville the Barista Express

Breville the Barista Express comes with a Thermocoil–integrated stainless steel heating system with digital temperature control to deliver water at exactly 200°F for the perfect espresso.

The Siphonysta Is An Automated Siphon Coffee Brewing System

Get Your Caffeine Fix Fast and Easy With The Baratza Vario+

The Burch Barrel V2 is perhaps the toughest and most flexible cooking equipment to have with you while camping or during a cookout.