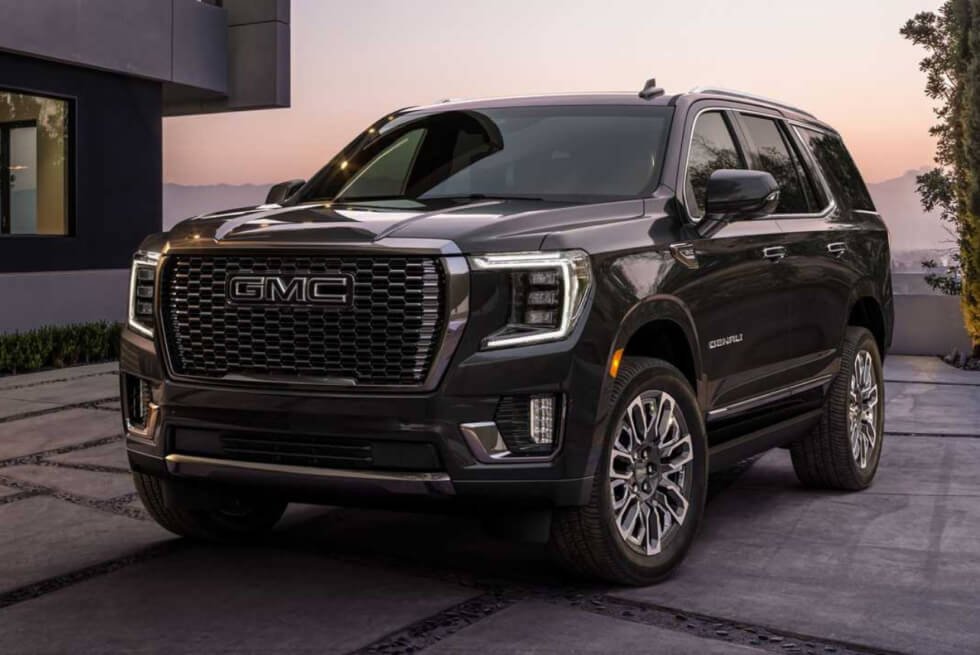 The Denali is already the most lavish trim you can get for the Yukon. However, GMC believes they can do even better. Enter the 2023 Yukon Denali Ultimate — a pinnacle of luxury buyers can enjoy unless the carmaker changes its mind in the future.

GMC states that the 2023 Yukon Denali Ultimate packs a 6.2-liter V8 engine. Output is at 420 horsepower and 460 lb-ft of torque. With its active response four-wheel-drive system and four-corner air ride adaptive suspension, you have a high-class and powerful overlanding machine in your hands.

The silhouette of this range-topping trim may not look that different from the regular Yukon Denali. Still, there are exclusive aesthetic tweaks to set it apart. Among those indicated by GMC are the “Vader Chrome” accents on several elements of its exterior.

The 2023 Yukon Denali Ultimate also wears a set of 22” seven-spoke machined rims with contrasting dark tones and shiny chrome. Also, visual tweaks are not the only thing to look forward to. The Super Cruise feature lets you sit back and relax as the advanced hands-free driver assistance takes over.

GMC says the autonomous-driving system is compatible with more than 200,000 miles of road in North America, which is great for long-distance road trips. Meanwhile, the Yukon Denali Ultimate cabin is extravagant as the carmaker is not holding back with it comes to refinements.