The latest Chevrolet Corvette C8 – or “Stingray” as some call it – has rekindled interest in the American supercar scene. Despite its remarkable impact, some still consider the Blue Oval’s creation the more superior machine. For fans of the platform, the 2022 Ford GT Alan Mann Heritage Edition will blow you away.

To be honest, the special colorway it comes in made us think that this was a Ferrari. The low stance and sleek profile make the Ford GT Alan Mann Heritage Edition look like another exotic model from the Prancing Horse. However, take another step closer and the aggressive aerodynamic outline reveals the GT DNA.

This is a modern mechanical tribute to the evaluation vehicles that molded the 1966 24 Hours of Le Mans winners. It honors the two GT40 Mk II’s from Alan Mann Racing. Their use of lightweight material was incorporated into the blueprint of the official race cars.

At the get-go, the Ford GT Alan Mann Heritage Edition touts a fiery red coat with special racing liveries. Golden racing stripes adorn the hood, roof, rear, and wings. The number 16 is in red within a round white badge. Its side skirts expose the carbon fiber weave beneath.

This Ford GT Alan Mann Heritage Edition then rides on a set of black five twin-spoke wheels. Brembo brakes in black with red scripts peek out as well. inside the sporty cabin, you get plush Alcantara upholstery, carbon fiber, and accents in red/gold.

Open the rear cover to reveal a 3.5-liter twin-turbo V6 engine. Just like the regular variants, it produces 660 horsepower with 550 lb-ft of torque. The Ford GT Alan Mann Heritage Edition might be the last special edition trim as the line approaches the end of production. 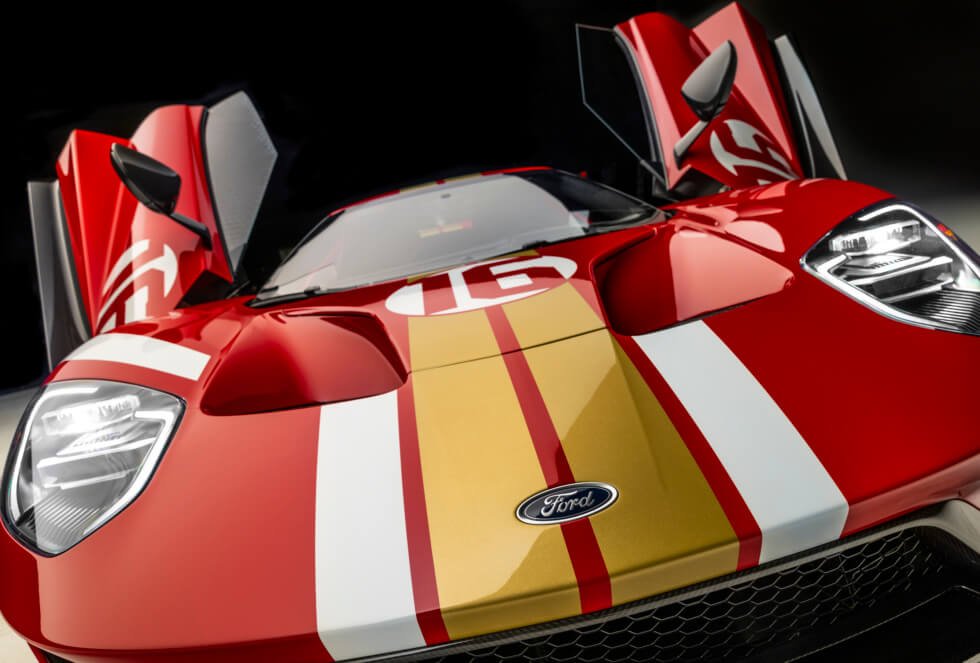 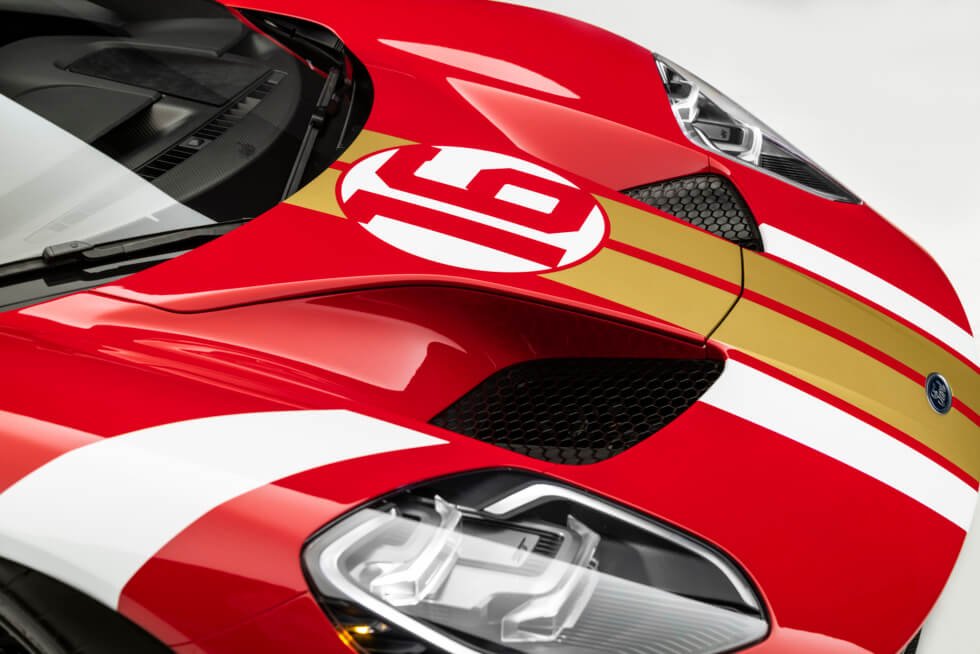 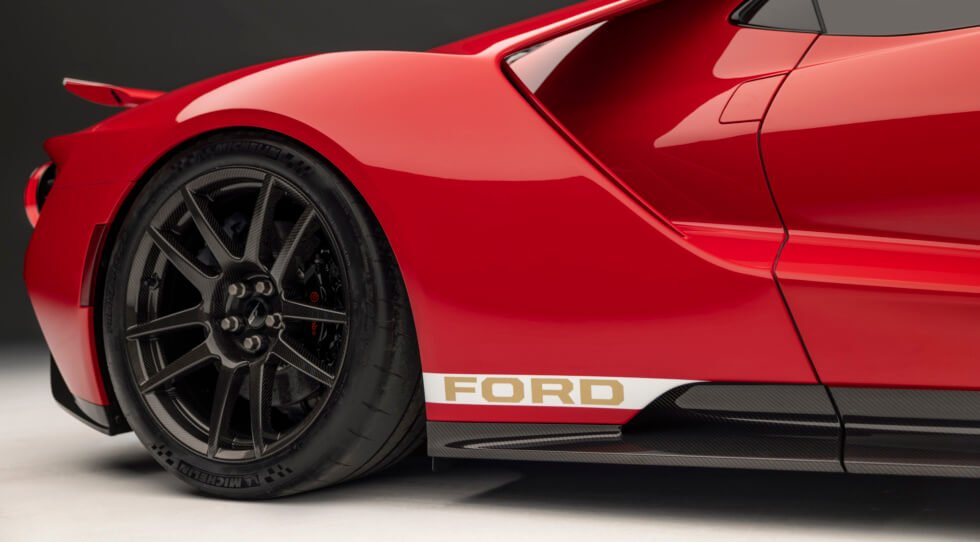 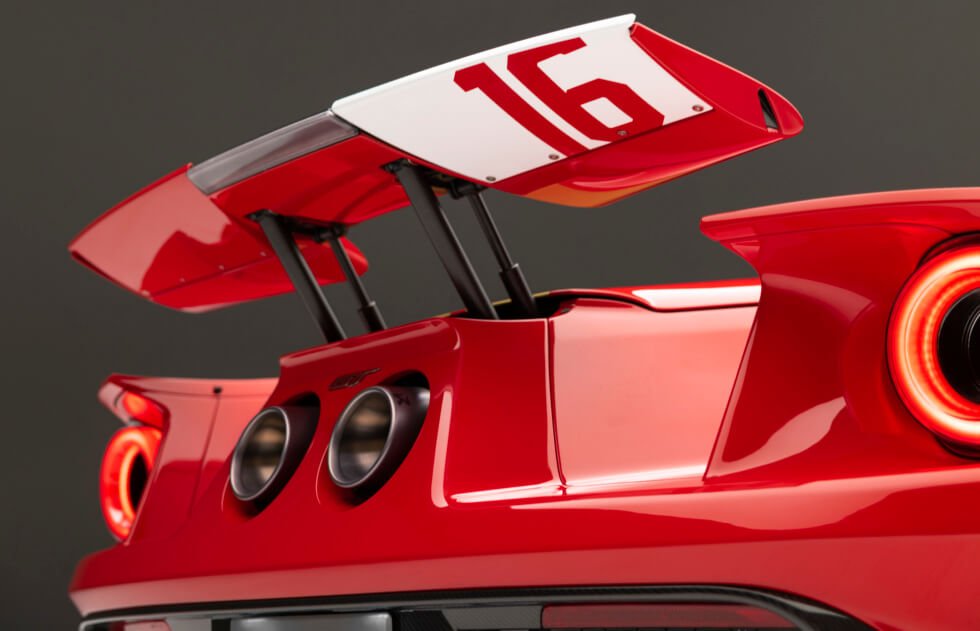 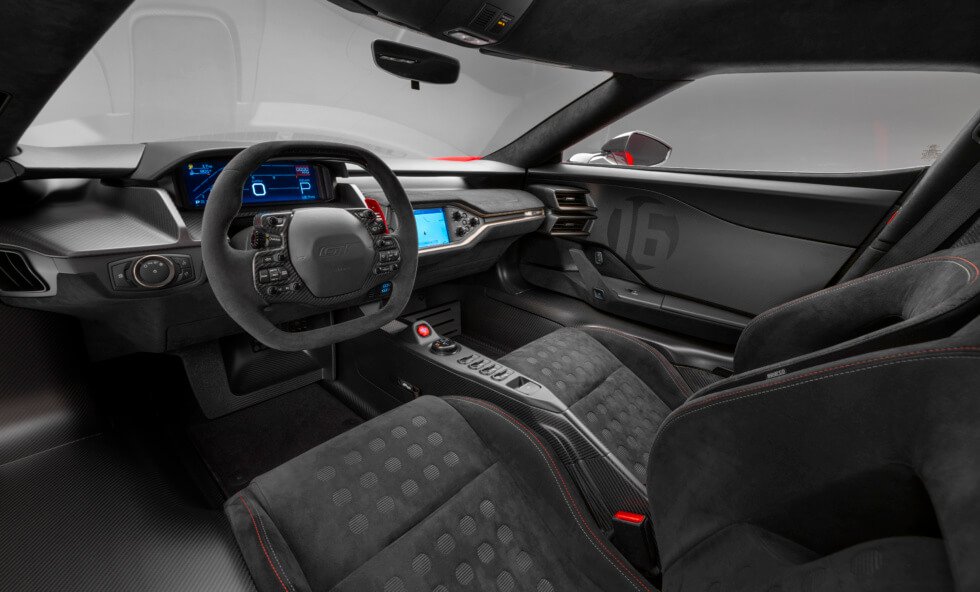 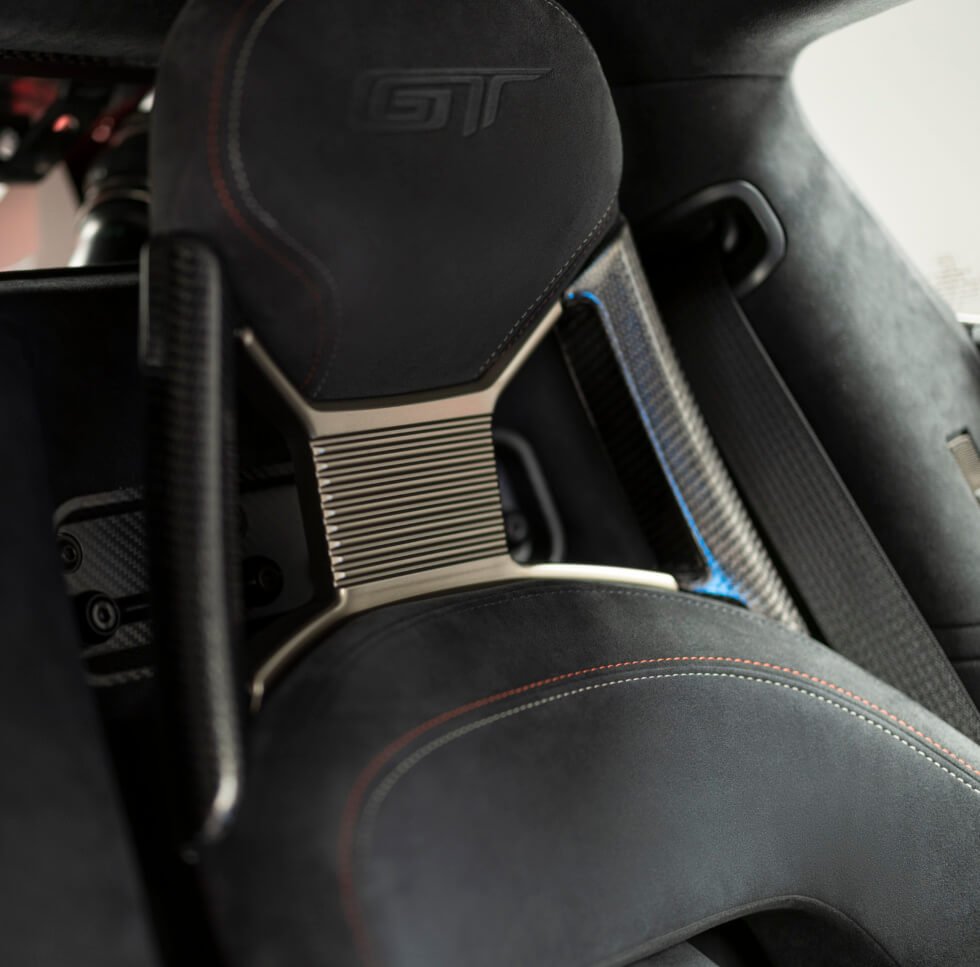 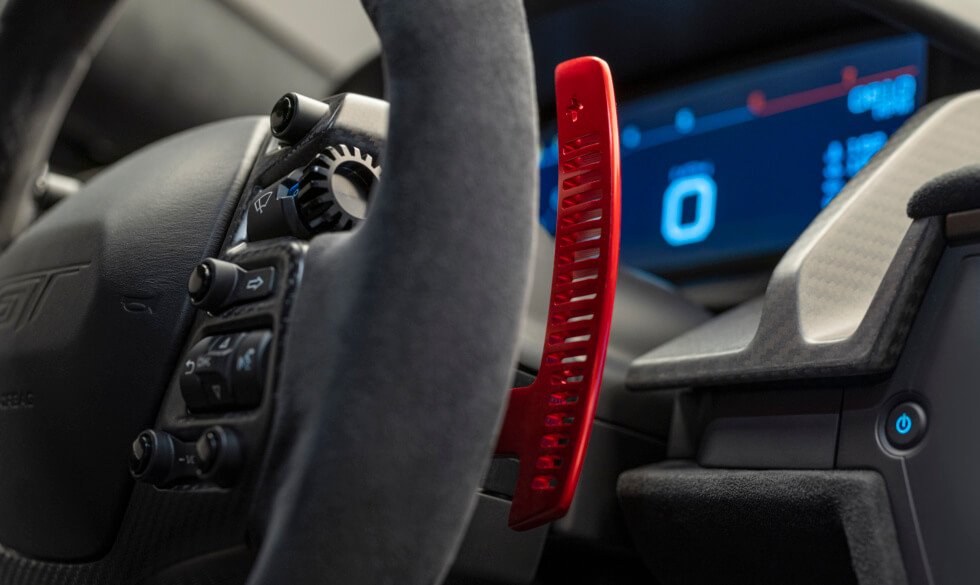 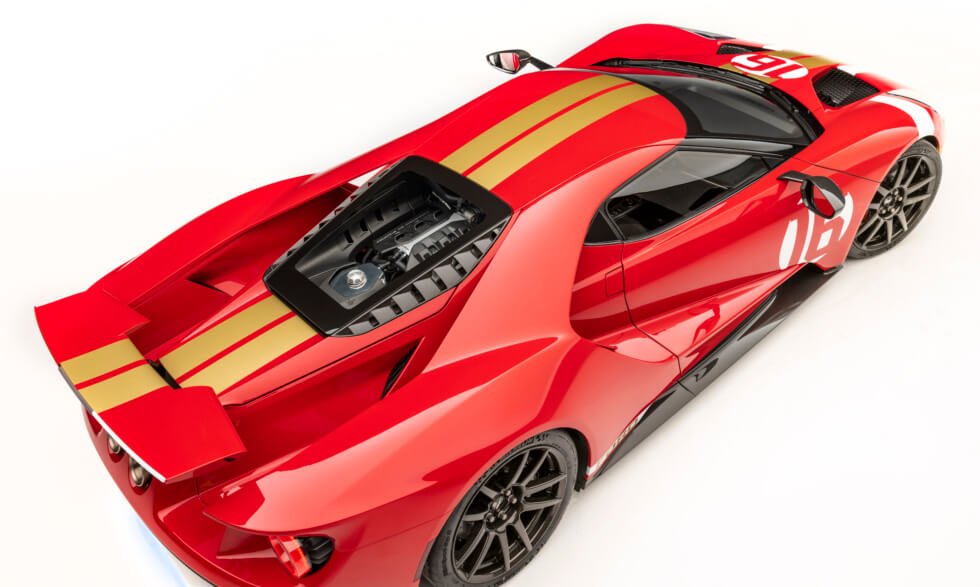