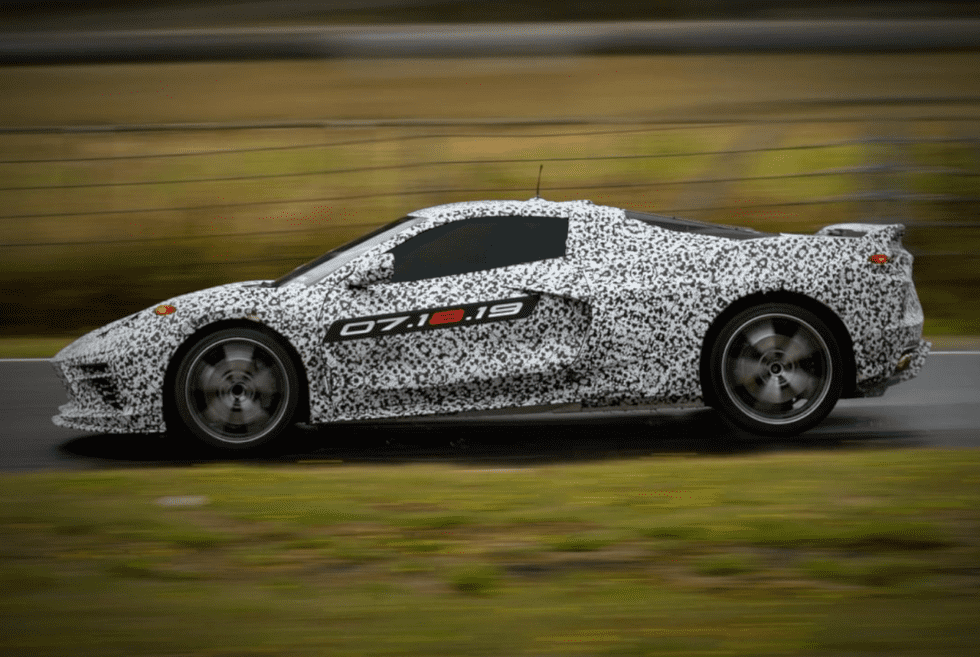 Chevrolet’s 2020 Corvette Mid-Engine is real and set to hit the road this summer. Chevy just uploaded the first teaser photo on its Instagram page, showing a camouflaged production model.

Corvette engines have always lived under the front hood, but for the 2020 models, they’ll move behind the seats. This design is called the mid-engine, and is standard in many of today’s greatest supercars. The Lamborghini Aventador and McLaren Senna are just two among several.

Right now, the specs of this 2020 Chevy Corvette Mid-Engine is anyone’s guess, basically. But some speculate the powertrain to have a brand-new V8 engine and an automatic dual-clutch transmission. Possibly even the same eight-speed PDK gearbox found in the latest Porsche 911.

It’s not yet clear if the mid-engine model will replace the current C7 unit. That includes the Stingray, Grand Sport, Z06, and the flagship ZR1. By the looks of it, it’s highly likely the 2020 Chevy Corvette Mid-Engine will replace the C7. Why? Well, the reveal came with an announcement of the final C7 car.

That ride will go into auction care off Barrett-Jackson. Earnings from the winning bid will go to the Stephen Siller Tunnel to Towers Foundation. That’s in honor of the New York City firefighter of the same name who died during the September 11 attacks.

You can hit the link below to visit Chevy’s website. They’re letting users sign up for updates on the 2020 Chevy Mid-Engine Corvette, so make sure to leave your email if you want to be up to speed. Make sure to check back with Men’s Gear as we learn more.