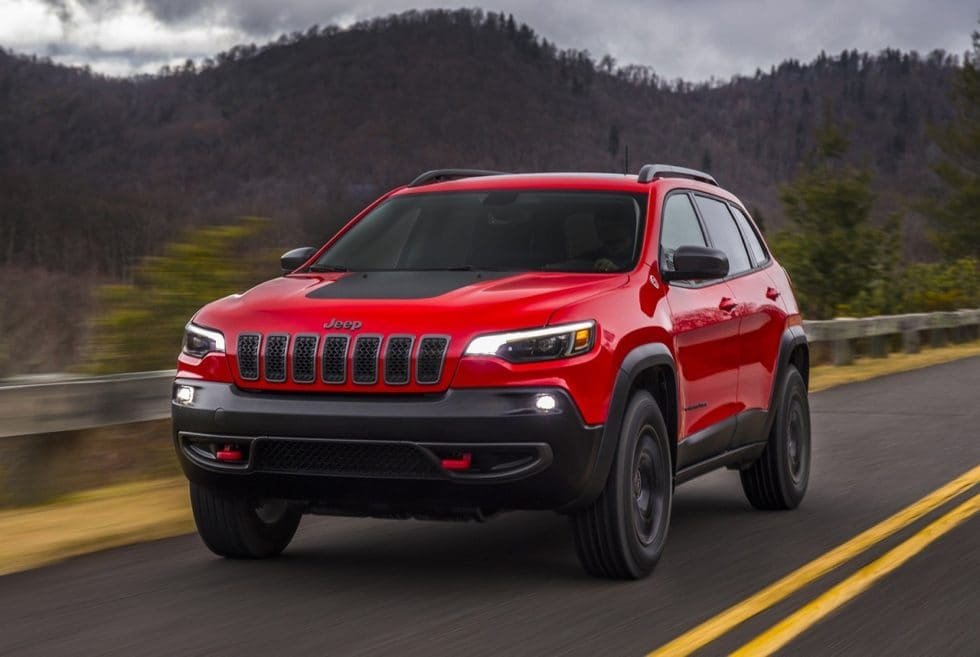 The 2019 Jeep Cherokee arrives as a long-awaited redesign of the fifth generation model released back in 2013. Ditching that controversial front-end styling of its predecessor, the new Cherokee features a more conservative look and comes with an all-new powertrain option.

Available in the Overland version and the more rugged Trailhawk, the crossover can be fitted with either a new, highly efficient 2.0-liter turbocharged inline-four (270-hp, 295 lb-ft of torque), a 271-hp 3.2-liter Pentastar V6, or a 180-hp 2.4-liter Tigershark inline-four engine, all paired to a nine-speed automatic transmission.

Styling refreshments for the new Cherokee include the addition of redesigned lights both front & rear, new tailgate, chrome tow hooks for the Overland and bright red hooks for the Trailhawk. The latter also gets a reshaped front bumper, skid plates, larger fender flares, a raised ride height, and 17-inch wheels with off-road tires. The interior remains almost unchanged, with the exception of the cargo space which receives three extra inches in width, for a total 27 cubic feet of space. 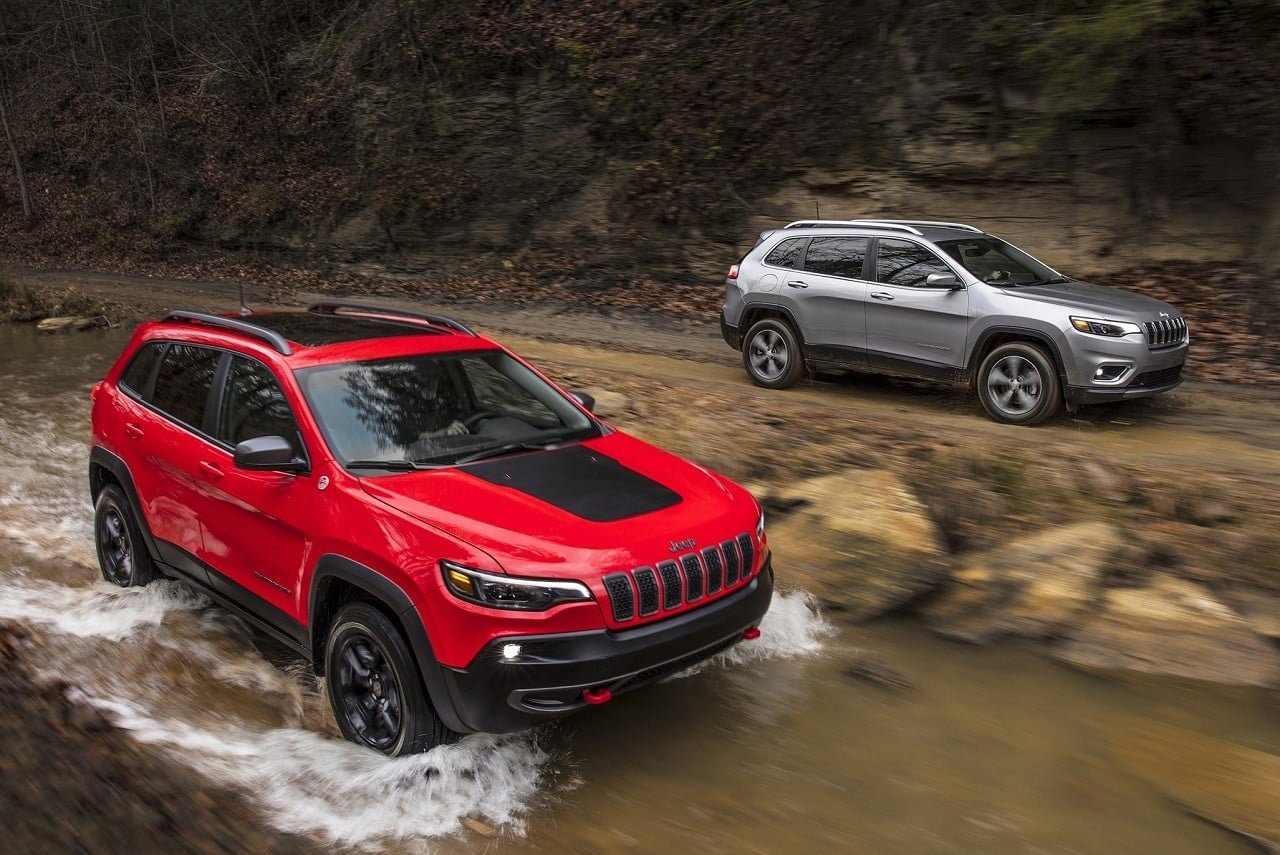 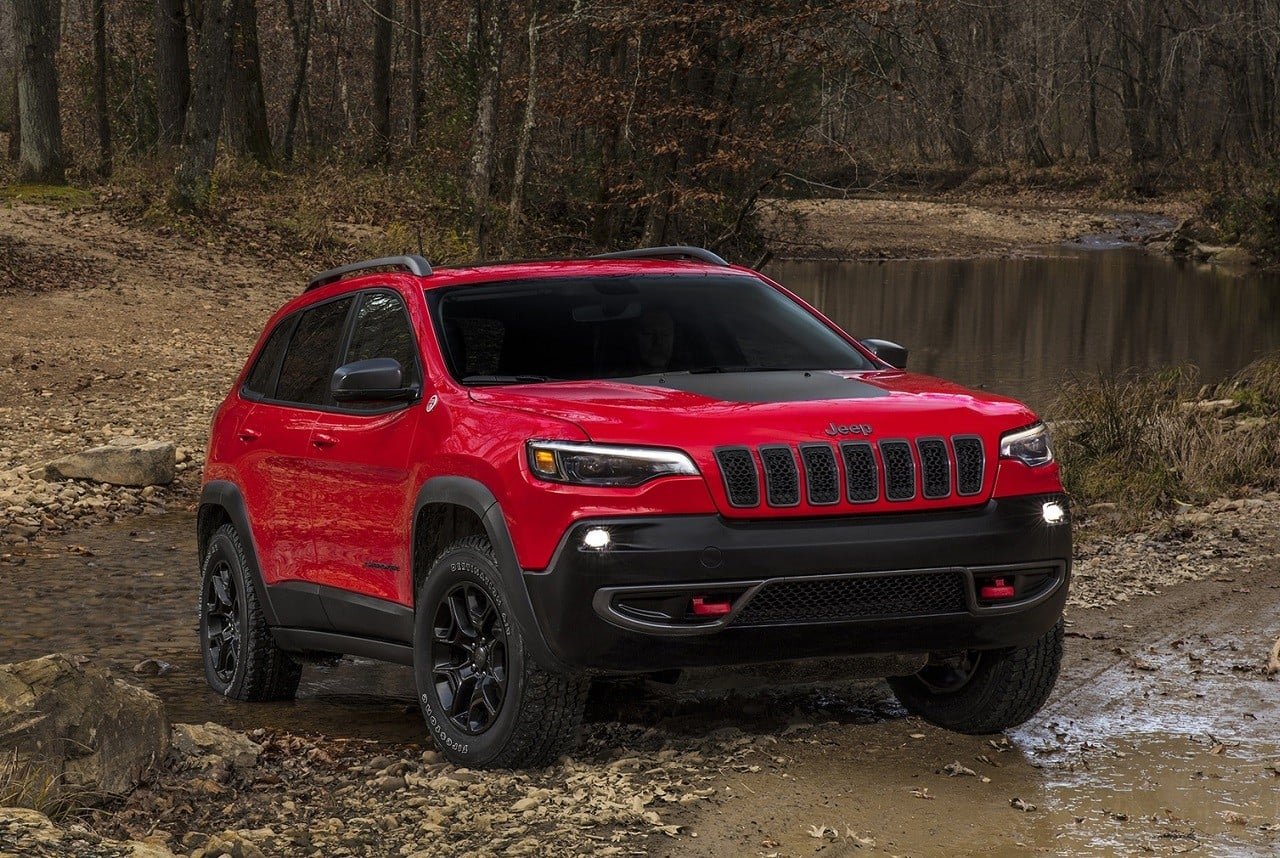 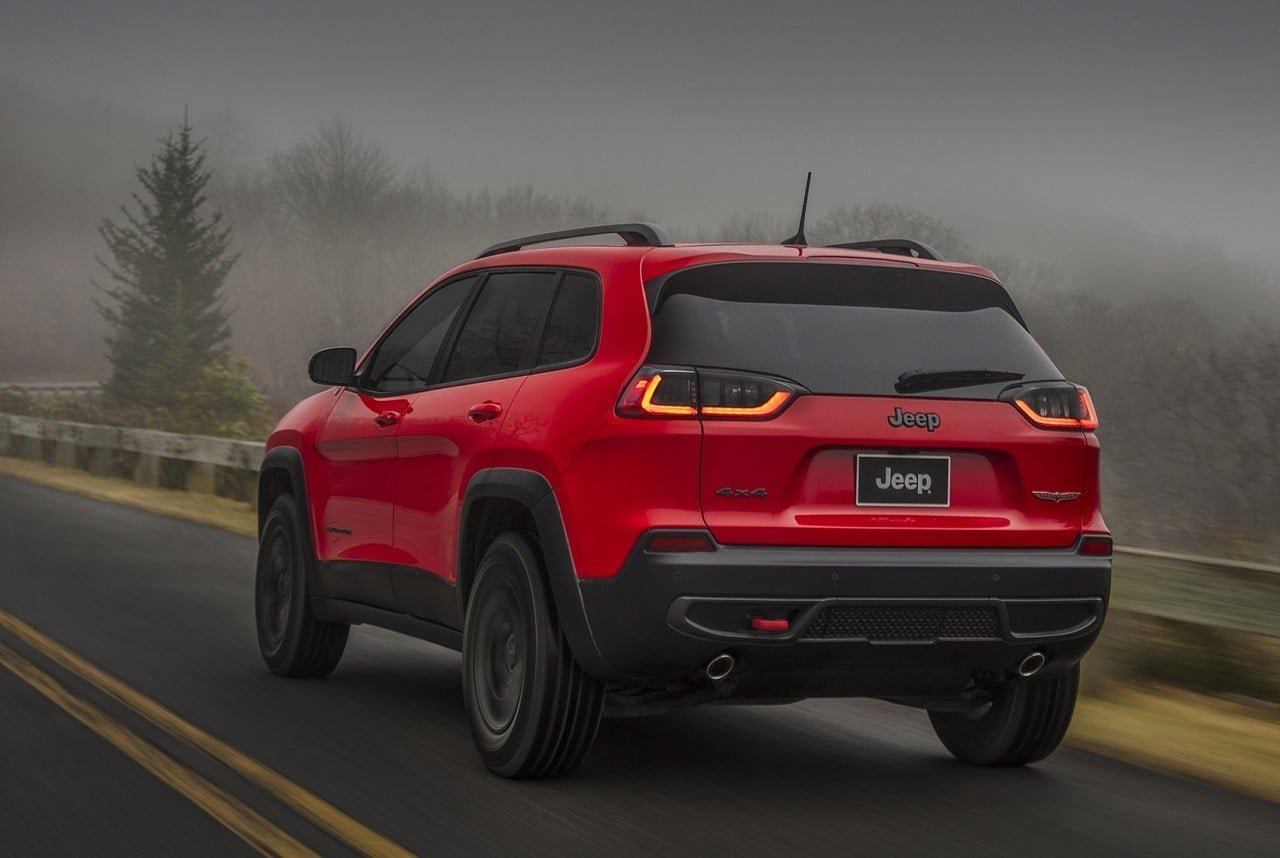 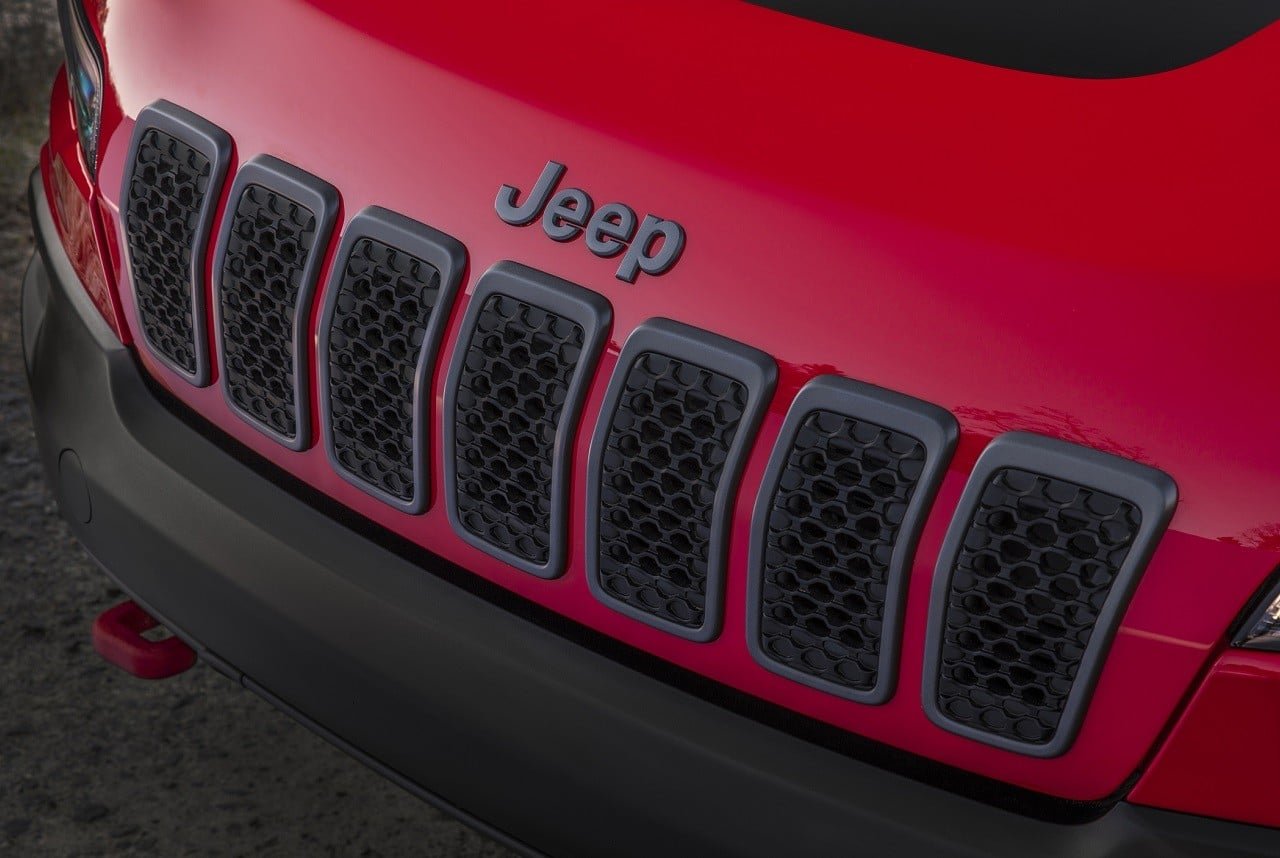 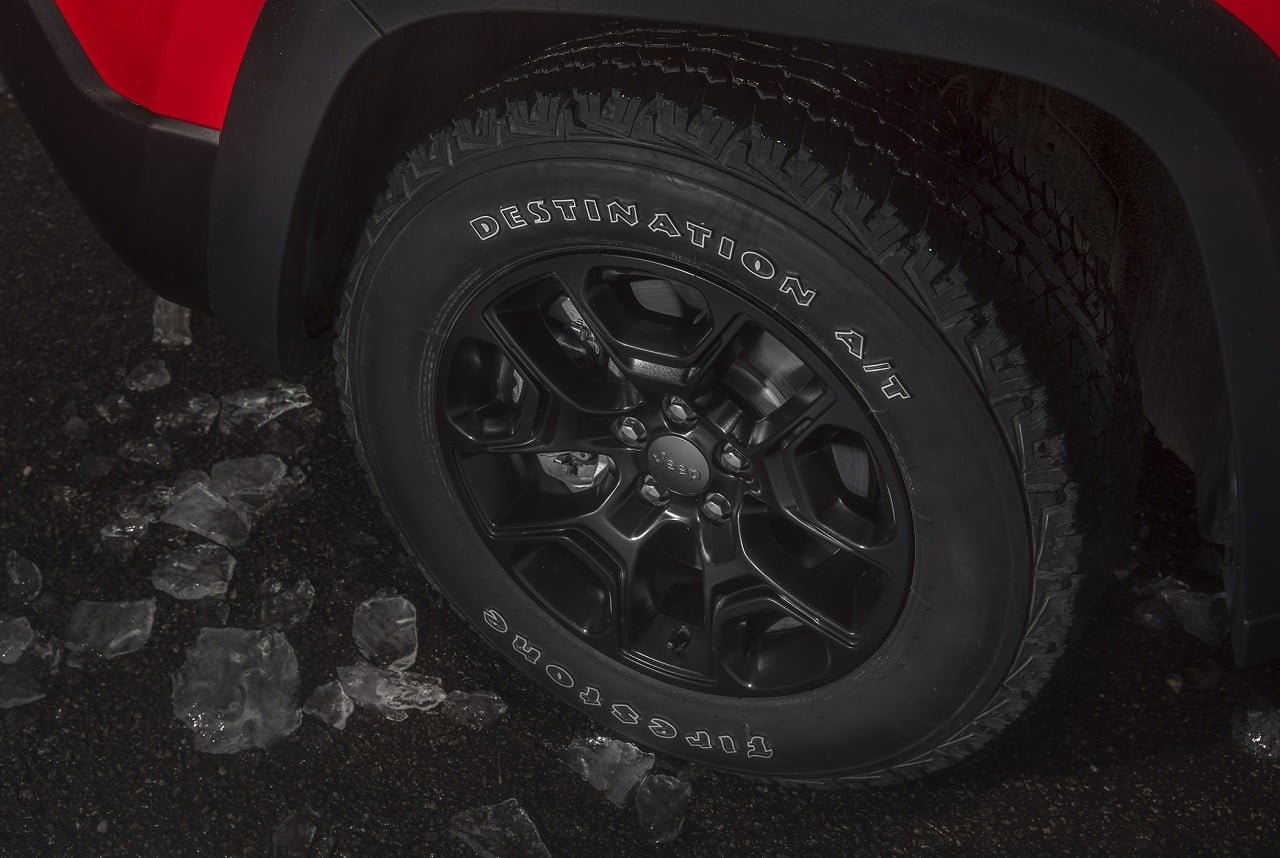 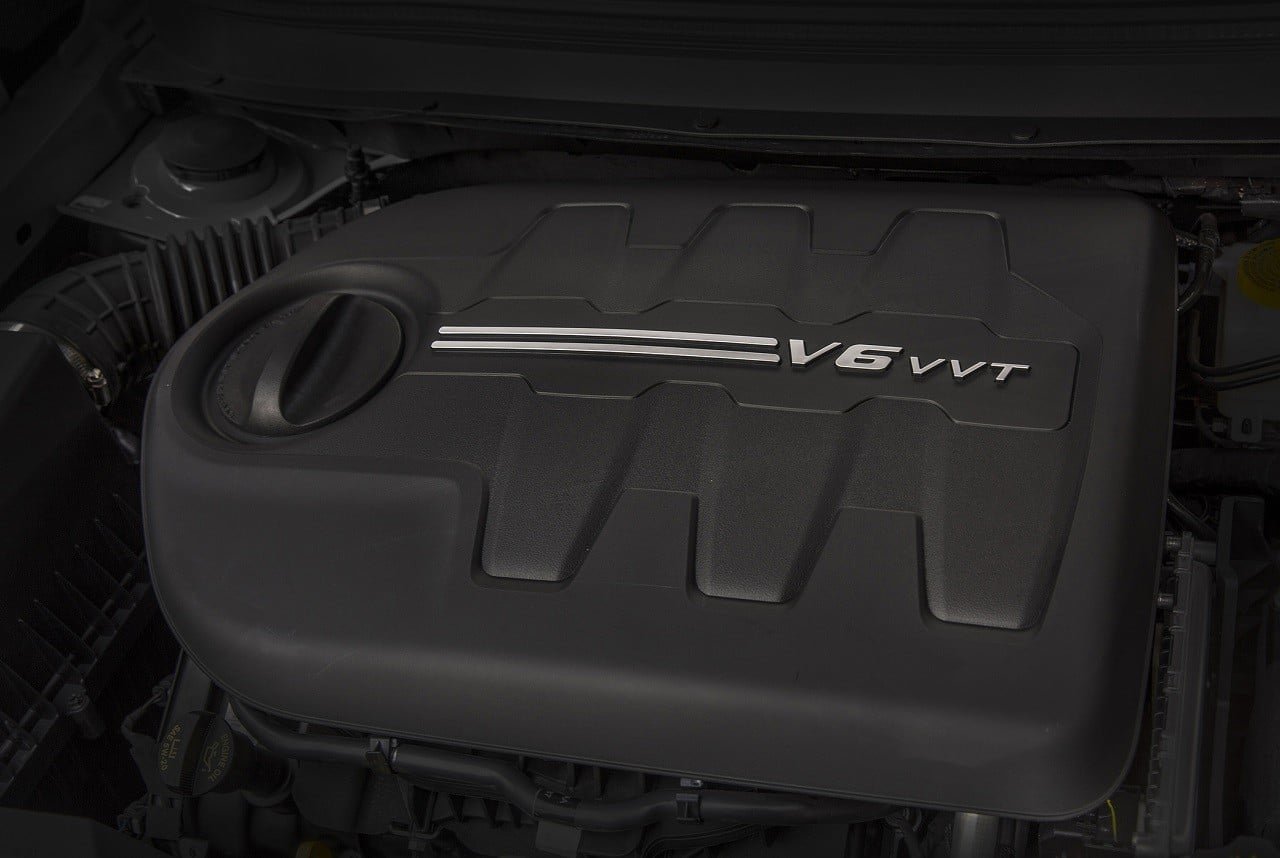