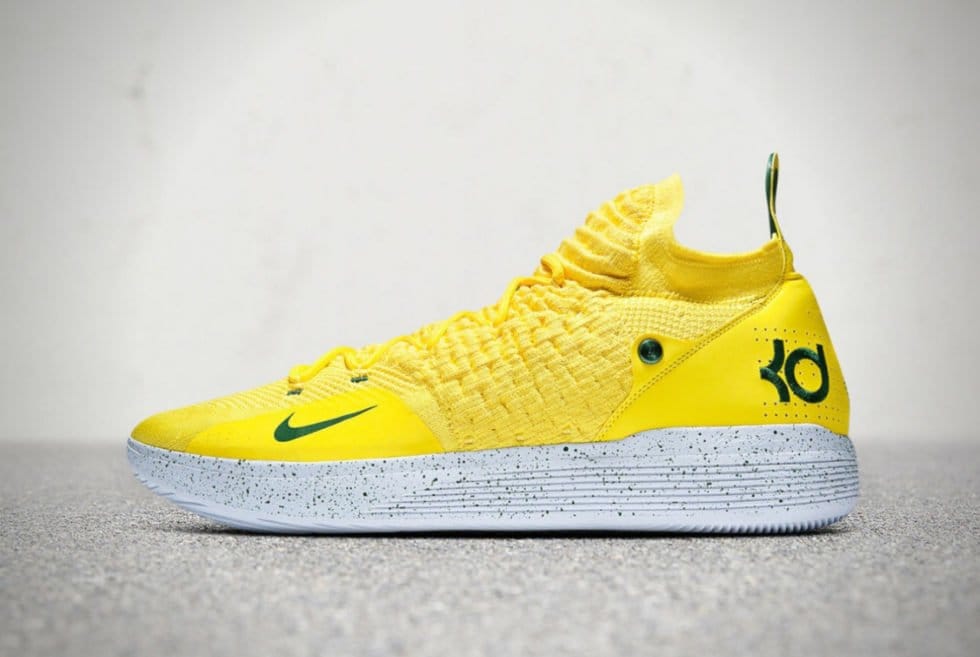 At his return to the Emerald City during the Golden State Warriors’ preseason game against the Sacramento Kings, Kevin Durant just happened to be wearing a new pair of kicks we have never seen before.

Well, they’re not exactly new. They’re still from Durant and Nike’s Zoom KD11 lineup, but now in two new funky colorways. They’re officially called “Seattle Blends” PE. That’s probably due to the fact that Seattle holds a special place in Kevin Durant’s heart. The pair comes in either green or yellow. The green one features accents of yellow, and the yellow once boasts splashes of green. Both colorways nicely dovetail in terms of color scheme.

Both models are boasting a flyknit upper, a woven sock-like collar, and a dirty white sole with specks of black all over — a nice little touch that really gives some spice and flair to both colorways.

A bit of NBA history: Durant was originally drafted by the Seattle Supersonics as the second overall pick in the 2007 NBA Draft. A year later, the team moved to the Midwest and became the Oklahoma City Thunder. Durant went on to have a phenomenal career, collecting MVPs and rings along the way. Which makes his return to Emerald City for a pre-season game quite the big event.

Nike has yet to announce details like pricing and release for both these kicks, but a standard Nike Zoom KD11 costs $150. Expect them to be priced about the same. Check out the other colorway below. 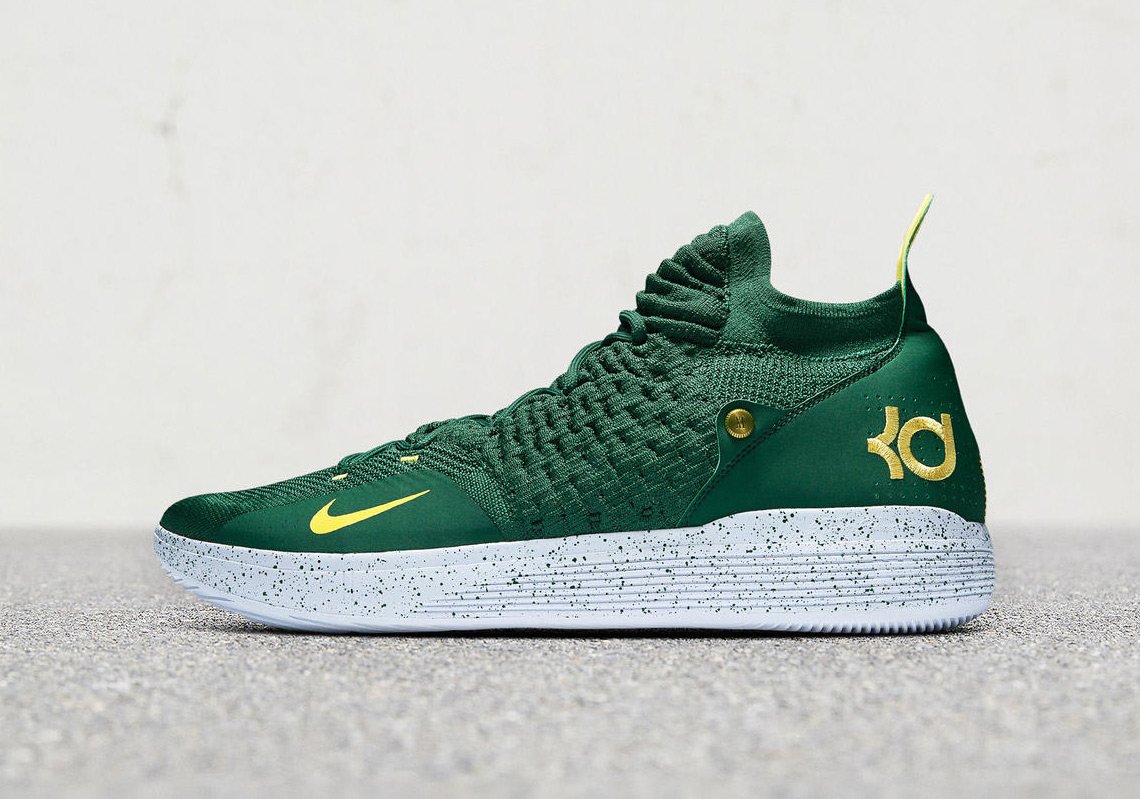 Thanks to its aviation elements and design we can say that the P-104 S is a timekeeper for both military and commercial pilots.

The Barclay & Co Spine Copper Wallet is a sleek, slim, and minimalist wallet that can hold up to 10 cards and offers RFID protection.

Both trims of the Hublot Big Bang E sport a 42-mm OLED touchscreen with a sapphire crystal and a Qualcomm Snapdragon Wear 3100 chipset.

The Standard Issue 1942 WWII Class A Comb is a minimalist comb that features a brass blade for strength and paired with a leather sheath for added protection and durability.

The Seiko 1968 Prospex Automatic Diver’s Watch Is Back

A well-worn classic, the 1968 Prospex Automatic Diver’s watch, is getting a limited edition re-release, but you have to act fast.