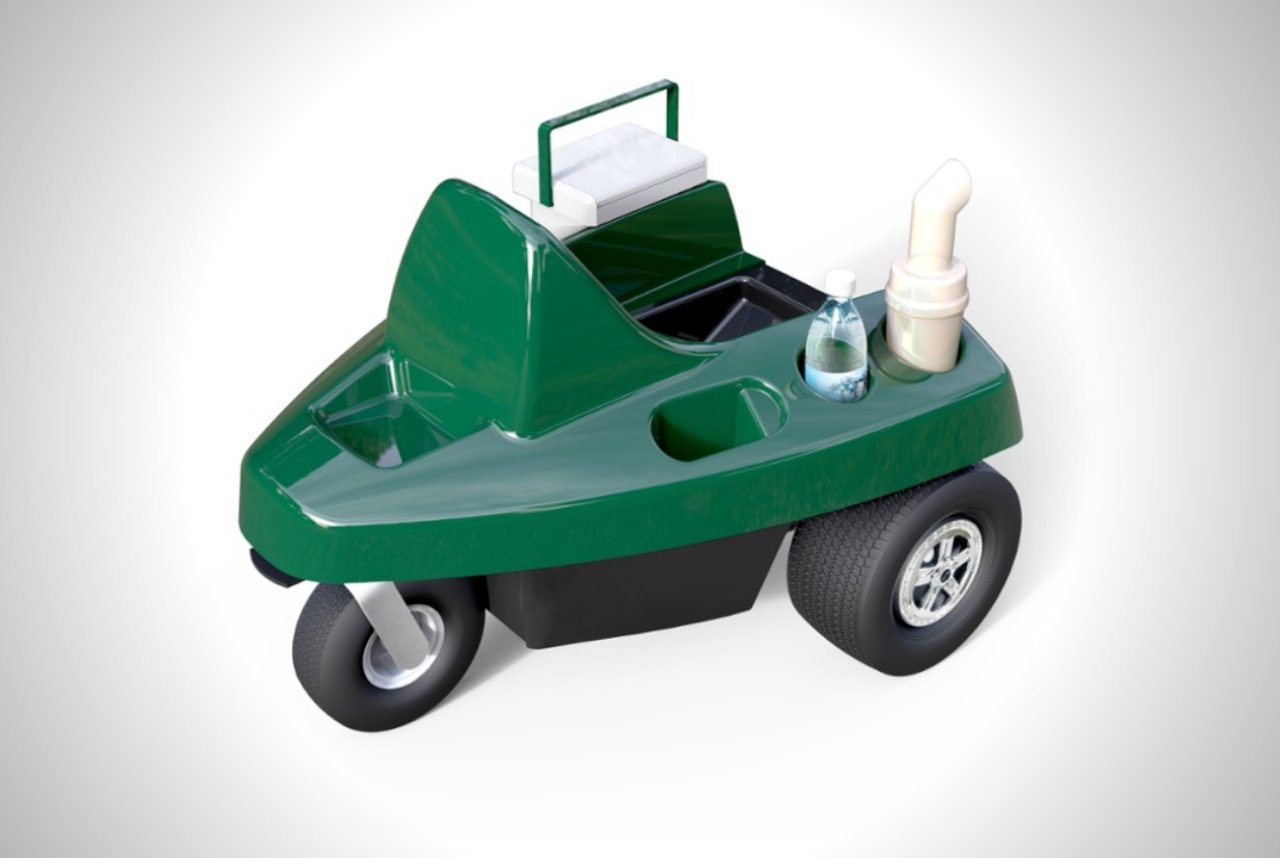 Golfing is a highly unusual sport — if you can even call it that. Unusual because it’s a calm kind of sporting activity. It’s one that requires enormous zen and patience to enjoy. Moreover, you must be willing to do a lot of walking if you want to play. Walking is one of the most crucial elements of golfing. It gives you some to contemplate, enjoy the surroundings, and even improve your score, some would like to believe. But that can be tiring.

A robot called Rover will help you in that department. Instead of lugging your cart around or asking a person to carry your clubs for you, Rover is an autonomous (self-driving, in layman’s term) golf caddy that’s paired with a transmitter that players use a remote control, allowing the machine to follow them around the course. It keeps a three to four-foot distance from the player. It’s also designed to navigate various terrains — hills and bumps included.

Rover also uses advanced collision avoidance sensors that automatically prevent it from hitting obstacles along its path. On a single charge, it can go at least 36 holes, and it’s equipped with a phone charger and cooler for drinks. There’s even an optional tablet upgrade that allows you to digitally log your scores while also providing GPS data.

Good luck seeing one, though. Apparently, Rover can only be found in some of the most exclusive golfing communities in the US, given the fact that it’s still kind of in its soft launch phase. But expect this little robot to hit mainstream golf courses over time if it proves to be the as reliable as described.

Keep all of your gadgets at full power with the powerful and versatile 20,100 mAh Monster X portable charging station.

According to the brand, the HP ZBook Studio is a machine that’s perfect for engineers, architects, and creators, thanks to its powerful spec sheet.

The next time you take a dip in the sea, make sure to bring the Ocean Guardian BOAT01 Buoy to keep sharks safely away while you enjoy your swim.

The Sean Woolsey Smart Desk is chic, modern, and is designed to help you stay productive.