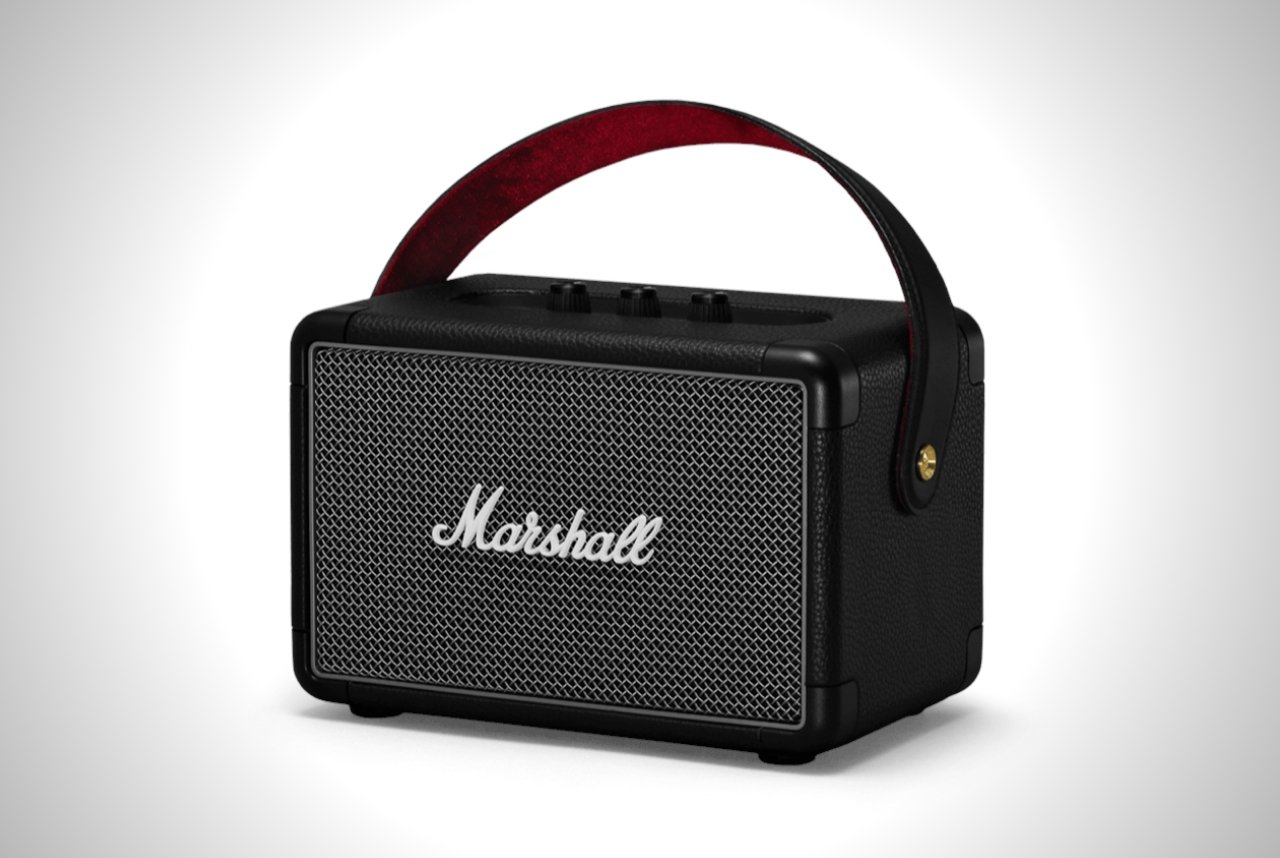 Marshall has unwrapped the next iteration of its Kilburn range of speakers, aptly named the Kilburn II. Just as you would expect from the brand, the new device is as stylish as the first one. However, it’s now boasting some sweet new audio enhancements, including Bluetooth 5.0 aptX and multi-directional sound.

The original Kilburn was one of the most acclaimed portable Bluetooth speakers at the time of its release, so it’s no surprise that its successor looks basically like a ghost image of its predecessor, albeit with a little bit more polish. Don’t be fooled, though — just because they look the same doesn’t mean Marshall goofed around and rested on its laurels. On the contrary, they’ve added some pretty big changes. Among them are the upgraded 20w amplifier for the woofer and a pair of 8w amps for the tweeters. This combo makes for louder, richer, and crisper sound quality overall.

It comes with Bluetooth 5.0 aptX technology, currently the highest standard when it comes to wireless audio playback. The efficiency of this tech, coupled with the speaker’s sizable battery, means you can get up to 20 hours of music playback on a single charge.

But the biggest change of all is the back-mounted speaker, which means the Kilburn II is capable of 360-degree, multi-directional sound, meaning you’ll have more immersive and high-fidelity listening experiences.

The speaker also boasts a water resistance rating of IPX2, so it should come out unscathed even if you accidentally splash some water on it during your poolside party. That doesn’t mean you can throw it in the pool, though. You can get it now for $300.

The MSTRMND Apex Wallet 3.0 Is A Minimalist Aluminum EDC

The MSTRMND Apex Wallet 3.0 is a minimalist aluminum wallet that can hold a max of seven cards and folded bills.

The Mininch Tool Pen Mini comes equipped with 22 precision bits needed to fix any size items be it for work, home or play. Lightweight and pocket-friendly, it's an ideal tool to bring for general fixes.

The RovyVon Aurora A24 Flashlight emits a maximum of 1000 lumens and emits a beam coverage of 150 meters which is IPX8-waterproof.

Never sip cold coffee or tea unless you want to with the Ember Mug 2. Keep your beverages warm or hot with a tap on your smartphone for convenience.