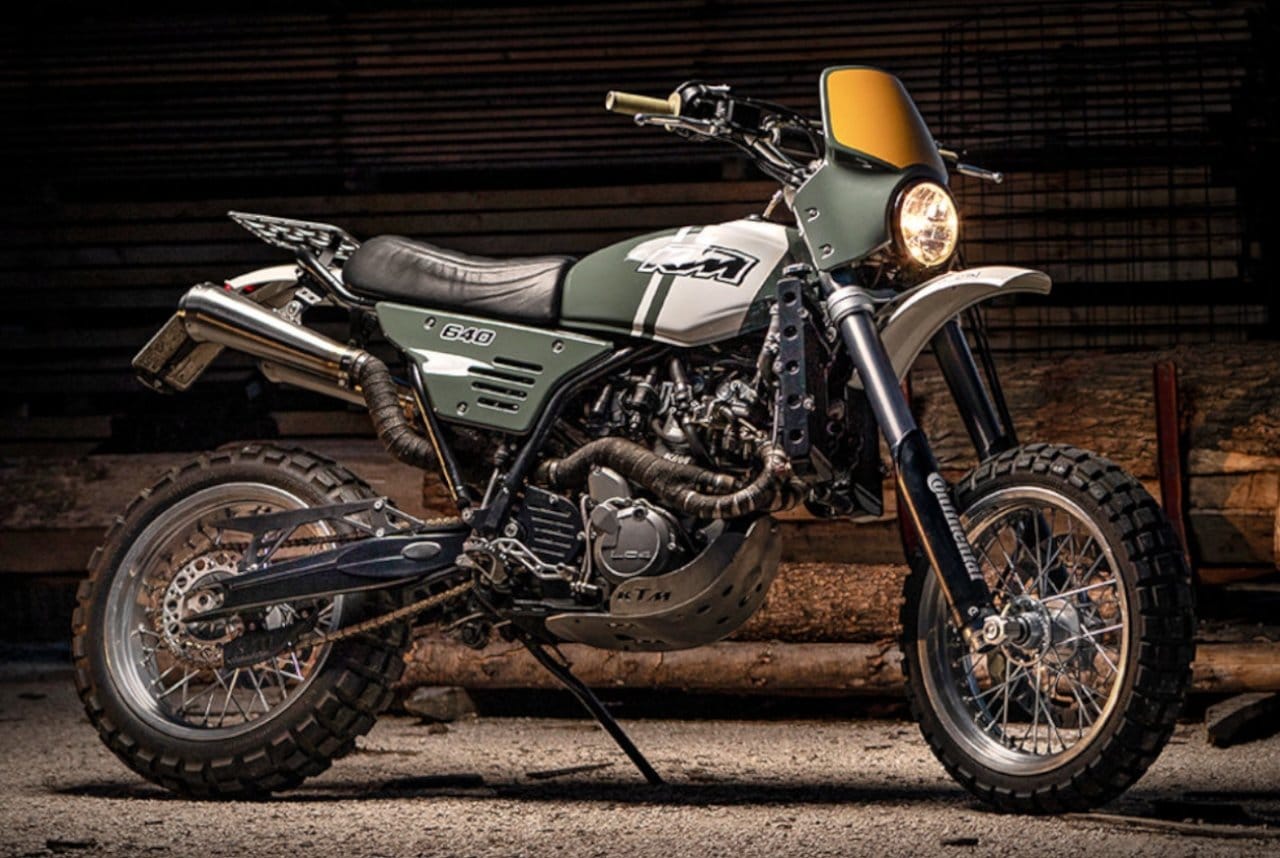 Krzysztof Szews was born to make custom motorcycles. Much of his time he spends on cars. He’s either designing exterior geometry for a major German automaker, or thinking about his next custom job.

We’re lucky enough to witness his latest handiwork, this 2005 KTM 640 LC4 Supermoto. He stripped it down and turned it into a vintage-inspired scrambler. He approached this project with the same ethos from his day job — “Proportion, surface, detail.”

First order of business was to replace the bodywork, beginning with the fuel tank. He ended up using a Honda XL250R, hammering the tunnel to fit the slightly bigger frame before setting it all up. Most of it was trial and error, like when Szews discovered that the new tank didn’t mesh with the KTM’s radiator, so he had to move it further down.

Then he lopped off the stock subframe’s square tubing and replaced it with a self-designed 1-inch tubular steel frame, integrating it into the original air box. After that, he used fiberglass pan and aged leather to build the KTM’s seat, and he also added an aluminum luggage rack.

Szews didn’t mess with the power too much, but did replace the exhaust system. The LC4 Supermoto now boasts KTM Duke 2 headers, paired neatly with a set of Spark mufflers. Some elements he left alone, like the adjustable suspension, running gear, and brakes.

Szews did a bang-up job on this customization project, and it’s really exciting to see what he comes up with next. We’ll let you know when he gets his hands dirty again! 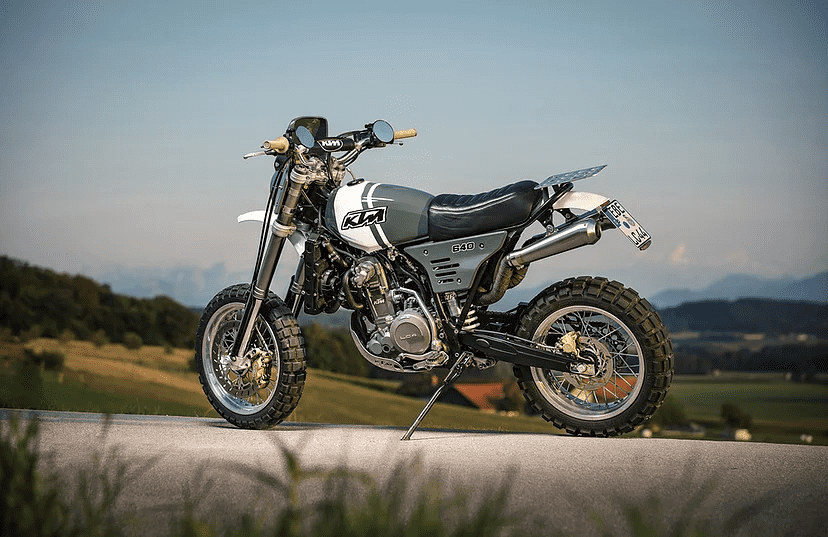 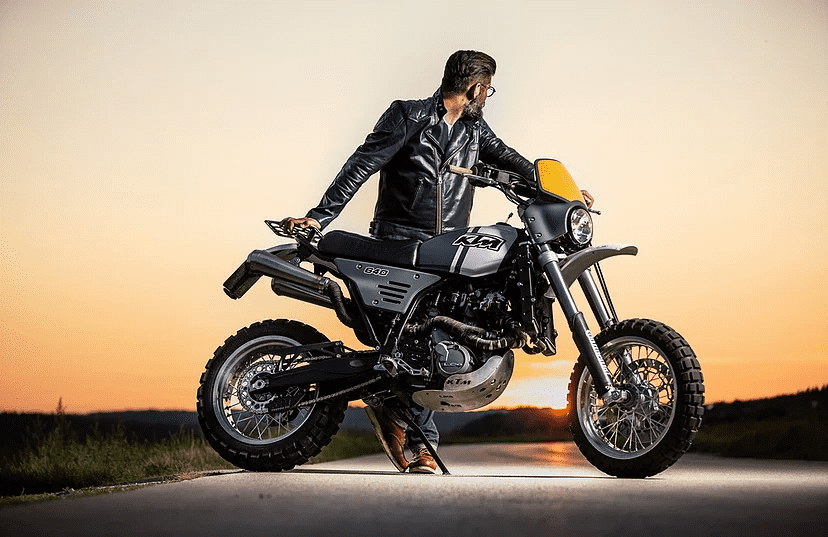 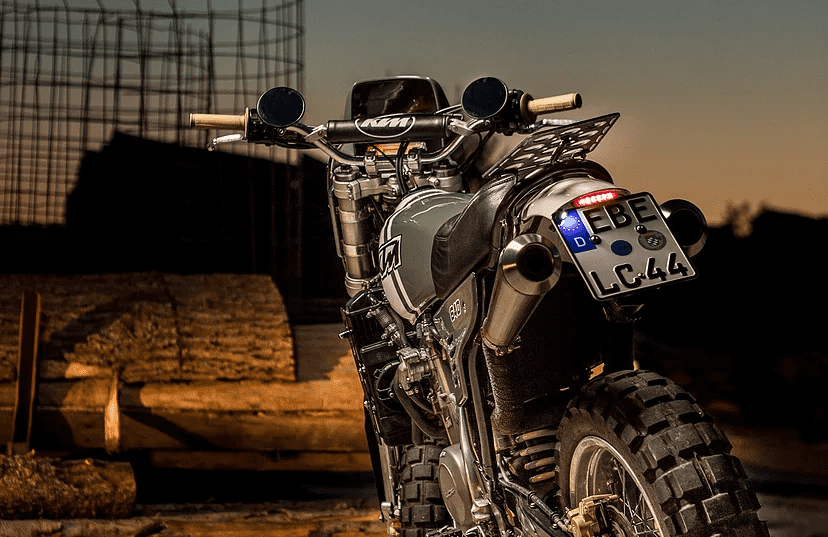 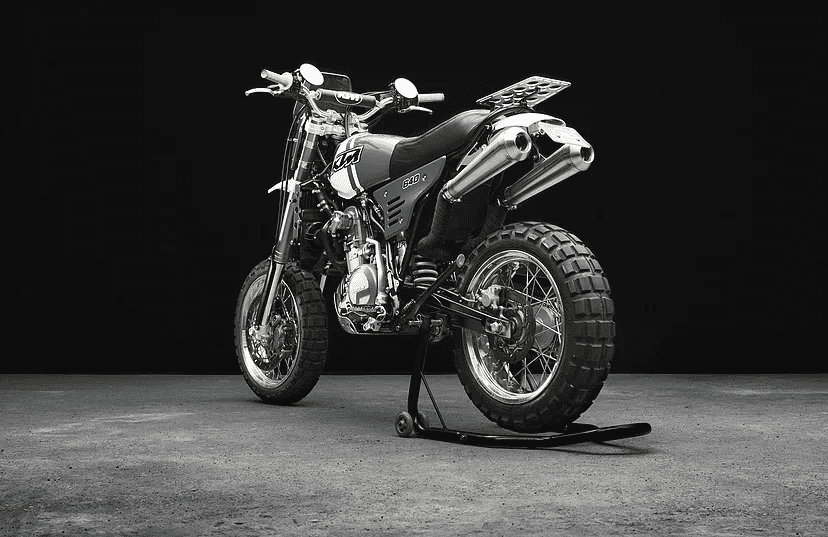 Photos courtesy of Man & the Machines

The Lark Streamliner Wants To Break The Land-Speed Record

Former BMX champion Shea Nyquist is embarking on a badass mission to break the current land-speed record aboard the Lark Streamliner electric motorcycle.

It will be a while before the Tesla Cybertruck becomes commercially available. Nevertheless, the Hyper appears to be an eco-friendly head start from ERV

Aurora Powertrains Is Offering An All-Electric Snowmobile For Personal Use

Explore the snow-covered landscapes in relative silence as the Aurora Powertrains electric snowmobile ferry you to your destination.

Just 25 Of This Ecurie Ecosse LM69 Will Be Made

Ecurie Ecosse will make just 25 of this LM69 race car, so act fast if you want one. For racing fans out there, Ecurie Ecosse surely rings familiar. In 1956,…

Bollinger Motors is now offering off-road upgrades for its all-electric SUV and pickup truck coming our way in 2020.