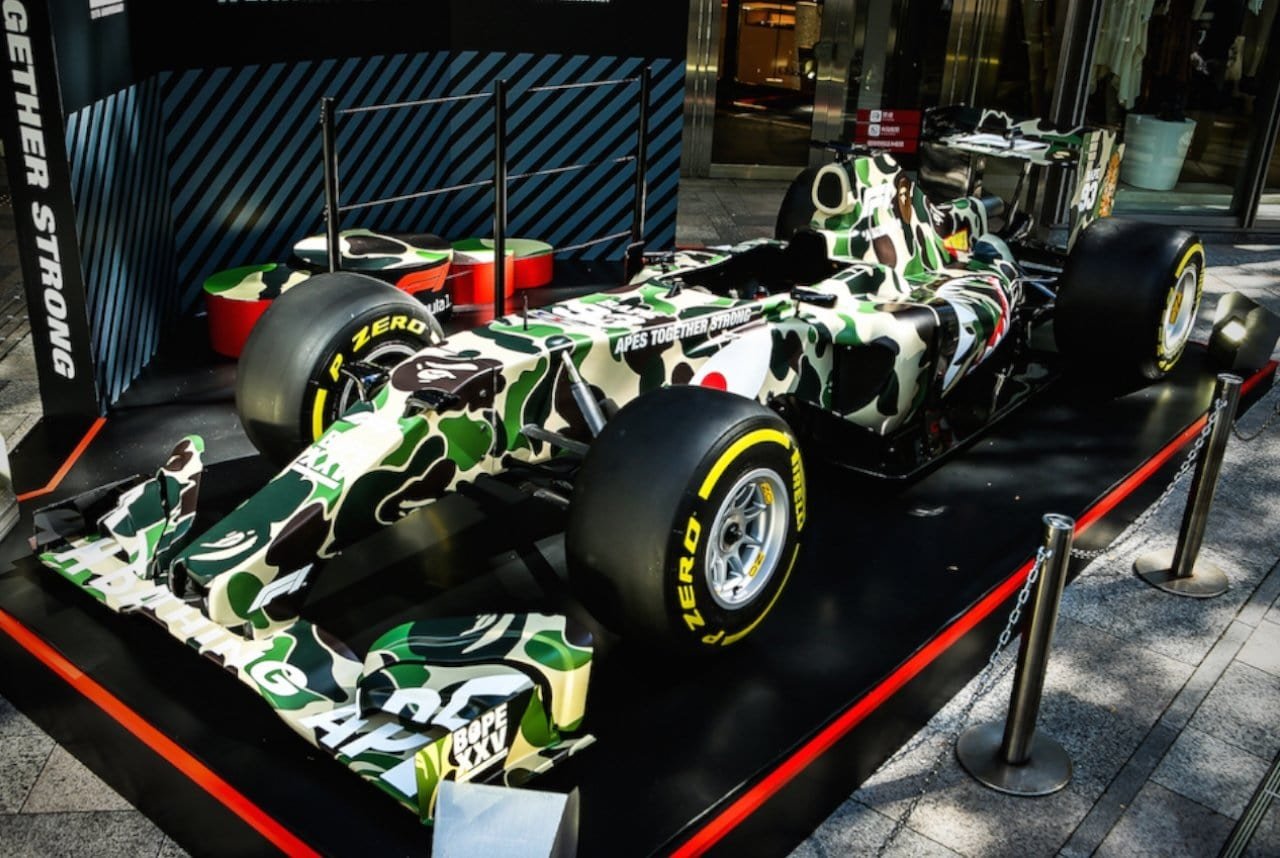 It’s not everyday you hear about an unusual collaboration between big companies. Even rarer is when the result of such a pairing is actually worthwhile. Here’s one for the books: Formula One and Japanese streetwear brand A Bathing Ape (BAPE) has now unveiled a special edition F1 car covered in the iconic camo print.

BAPE fans will know this isn’t the first of the brand’s collaborations with cars — it also came out with a camo-coated Mercedes vehicles in years past, giving the designs of the 300 SL, AMG GT S, and Benz G-Class extra sizzle. This time, it’s Formula One’s turn. It also just so happens that the car you see above also marks the 25th anniversary of the clothing powerhouse. BAPE, as you may know already, uses Shark hoodie and camouflage prints heavily. It had previously hinted at the F1 collab, and thus comes the BAPE Formula One race car.

Here’s Tanya Wilkinson, a marketing executive at Formula 1, on the momentous ride:

“Both brands have such a unique heritage and identity and we are excited to be collaborating with BAPE to celebrate their 25th anniversary. We have made a promise to our fans to bring them closer to the sport and this collaboration with BAPE acts as a vehicle to help us do that.”

The camo-decked BAPE Formula One race car is merely the beginning of a promising partnership, it should be noted. BAPE’s collaboration with the international auto racing league might also involve special edition capsules in the future. Nothing is set in stone, of course. However, Billy Choi, BAPE’s managing director, noted that “there are many possibilities to build on the partnership in the future.” 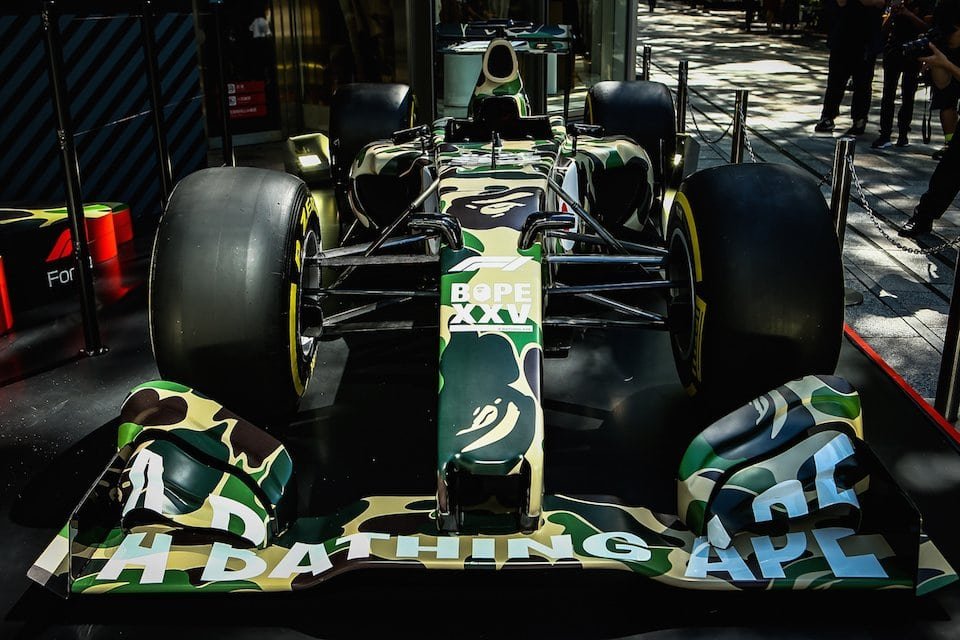 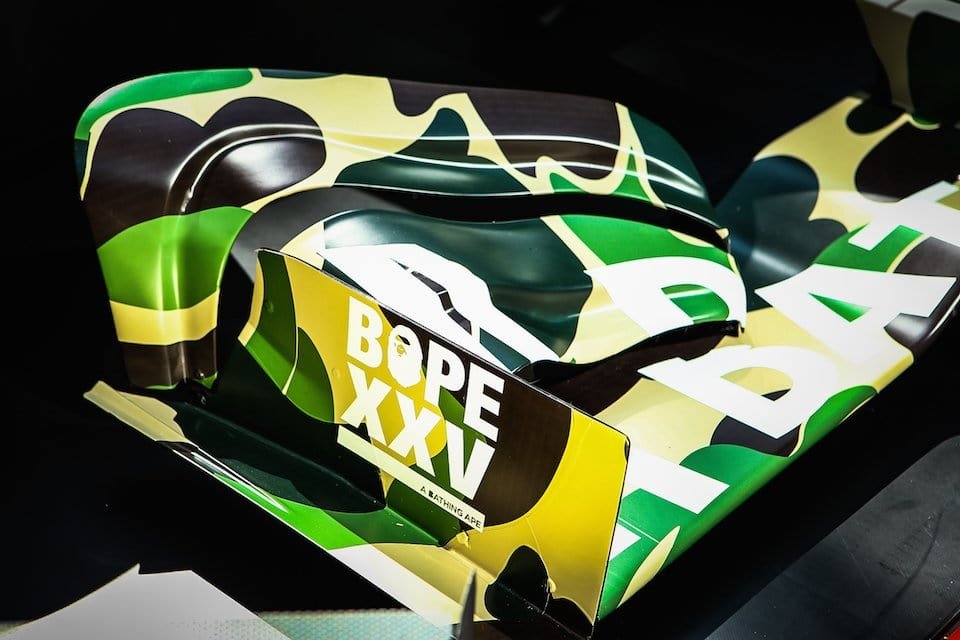 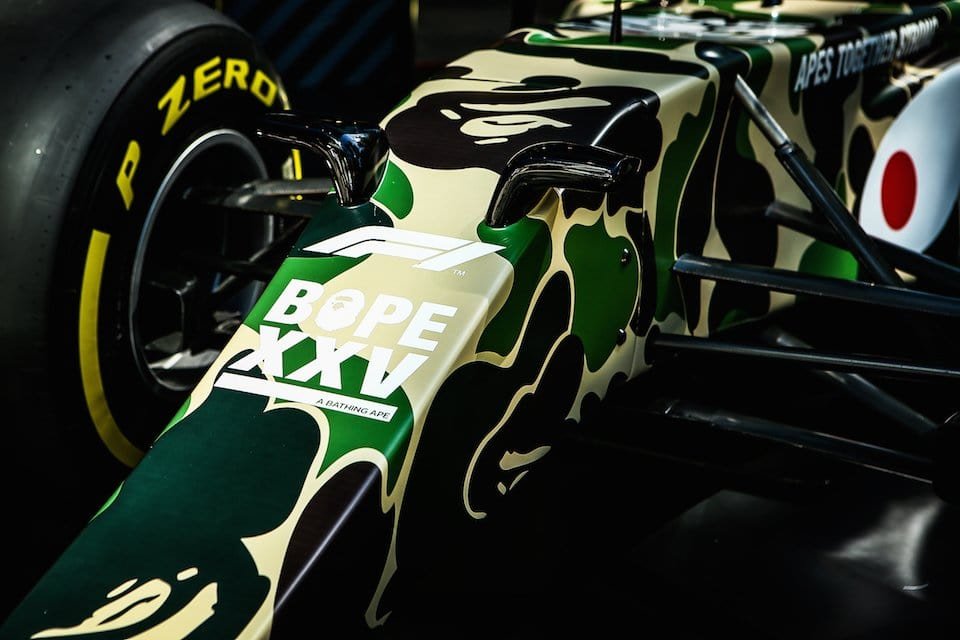 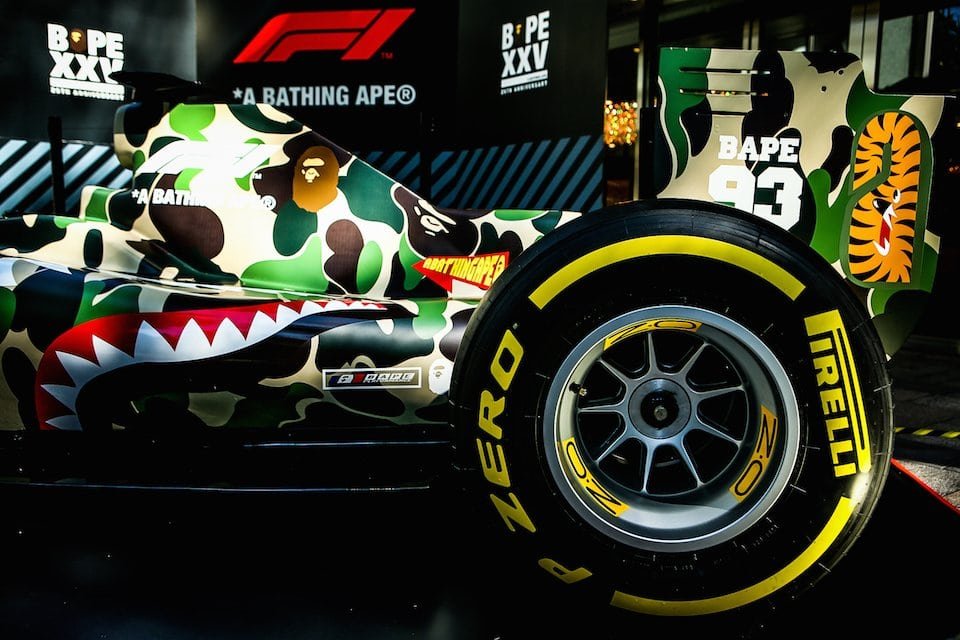 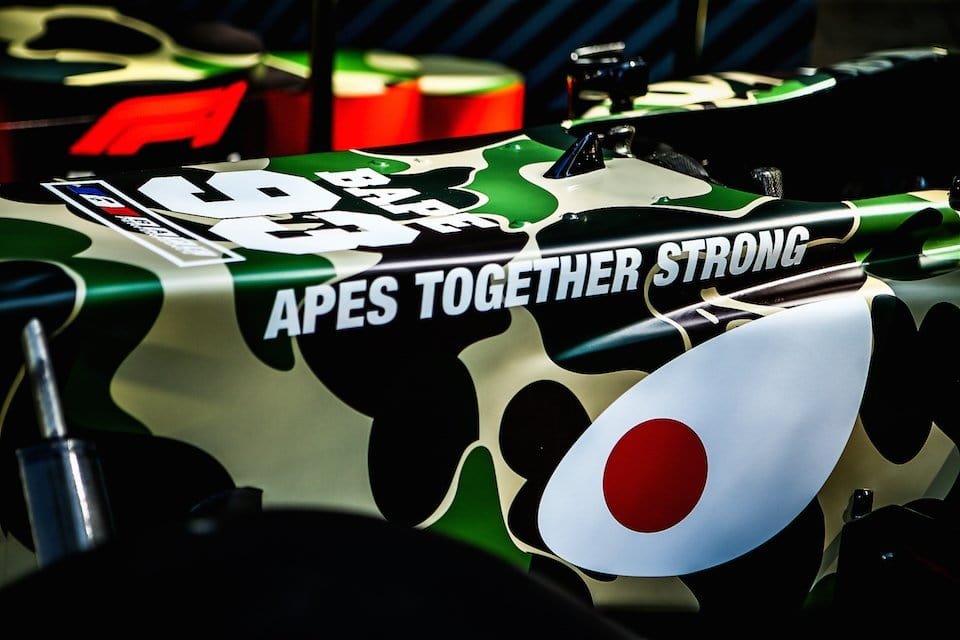 Photos courtesy of Formula One and BAPE

It’s absolutely true what they say: “the beard maketh the man”. Beards are a true symbol of masculinity—the bigger and thicker the beard, the more “manly” you look (and likely…