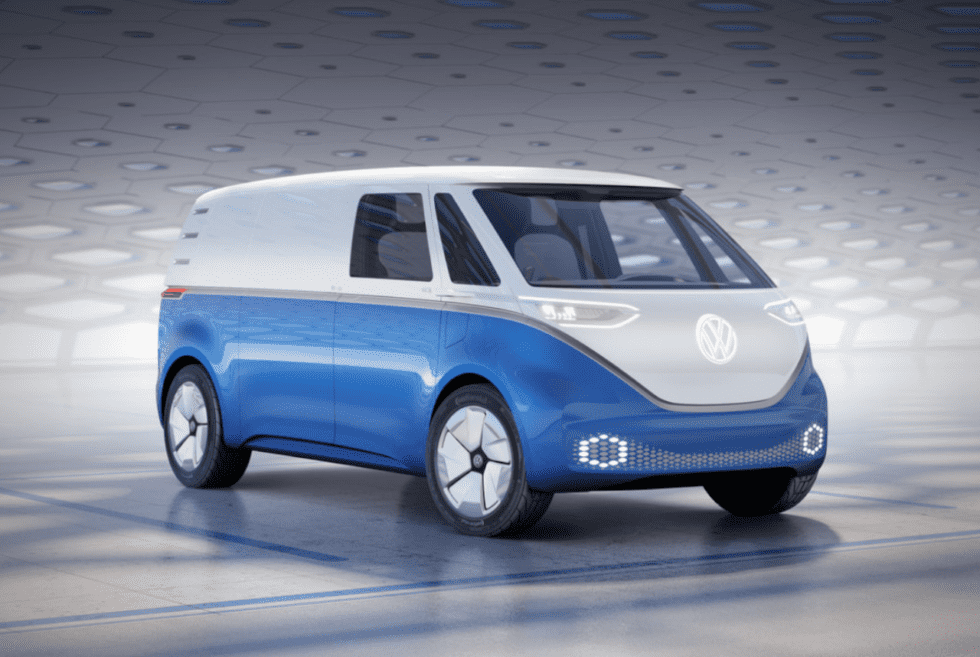 Remember the Volkswagen I.D. Buzz microbus that was presented last year as a concept? Well, the German automaker is pushing through with it, taking the iconic microbus and reimagining it as two new fully electric vans, one of which will be released sometime in 2020. The two new vehicles are named I.D. Buzz and I.D. Buzz Cargo.

The former is a transporter van, while the latter a commercial one. The Cargo may hit the road before the I.D. Buzz concept, which might not come to showrooms until 2022.

The I.D. Buzz Cargo will come equipped with a battery boasting a range of up to 340 miles per charge, but it’ll also have a large solar roof panel that will supposedly extend its daily range by an extra nine miles. The vehicle’s top speed will be kept at a maximum of 99mph.

The van will also have fast-charging capabilities. Customers will be able to charge their I.D. Buzz Cargo up to 80% capacity in just 15 minutes when hooked up to a 150kW fast-charging system. Those are insane charging times; faster than most phones, even.

And if you’re going to buy the bus for haulage purposes, you’re in luck as the interior comes fully connected with a cargo tracking system that will let passengers track orders and manage online supply networks from inside the cabin.

All in all, it sounds like Volkswagen is preparing for a mighty comeback of its passenger and commercial van, which sounds perfect because it hasn’t had a van in the US market since 2014. We’re thrilled about this news and we’ll let you know as we learn more.

The 2020 Lexus LC 500 Inspiration Series Car is a limited release with only 100 examples of this sleek coupe in Nori Green colorway on offer.

Ford GT Gulf Heritage Is Now The Most Expensive Mustang

Just 119 of these mega-Mustangs will be built. Meet the 2019 Ford GT Gulf Heritage.

When four wheels are still not enough, you might as well get the Hennessey Goliath 6x6 pickup truck to get the job done.

After a brief and tragic stint on 1969’s The Italian Job, this Lamborghini Miura went missing shortly thereafter. Until now.