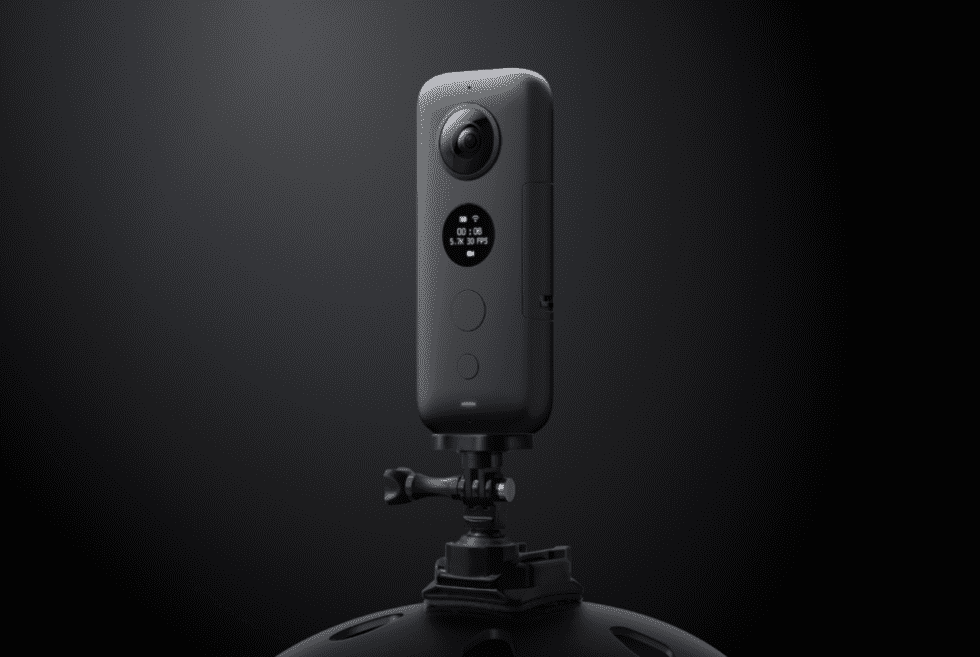 The Insta360 One X Is A Throwable Camera

The Insta360 One X, a follow-up to the very well-received Insta360 One, sports a new design and a slew of new features that toy with the idea of how this wee action camera can act like a drone. Or recreate Hollywood-style effects that’s only possible with multiple cameras and a big budget.

The device features dual cameras with an f/2.0 aperture that can shoot 5,760 x 2,880 video footage at 30 frames per second. It’s possible to shoot at higher frame rates, but the resolution obviously goes down the higher you go up. You can shoot stills at an 18-megapixel resolution, which translates to 6,080 x 3,040 photos.

The One X, just like its predecessor, was developed as an action camera first and foremost, so it’s pretty much the best camera companion for nearly all heavy-duty shenanigans. As such, it’s no surprise that it boasts a stabilization feature called FlowState, which Insta360 claims is able to smooth out footage taken without a gimbal, even if the camera is attached to something that moves a lot.

And because of its stability, you’ll be able to capture smooth videos even if you throw the camera. Yup, you read that right. The One X can literally be thrown to create smooth fly-by effects, like the ones you see in Hollywood. You’re not going to be the next Michael Bay with this camera, obviously, but it’s a nice bonus.

There’s also a feature called TimeShift. This lets you slow down or speed up a video after it’s been recorded using the Insta360 app.

All this for just $400. Available now on Insta360’s online store and Amazon.

To protect the Galaxy S20 Tactical Edition form all the bumps and scrapes, it features a Juggernaut case on top of its robust ingress protection.

The Roark Saigon Special Knife is a pocket-friendly knife that boasts a razor-sharp tanto blade made from 440 stainless steel and features a bottle opener.

The Terrain 365 Mini-Butterfly Böhler M390 Is One Handy Blade

The Terrain 365 Mini-Butterfly Böhler M390 is a compact balisong that can rival its bigger counterpart, with portability alongside reliable quality.

Audi gives the e-tron SUV a sportier makeover and the results are clear. The e-tron Sportback offers better mileage and looks even better.