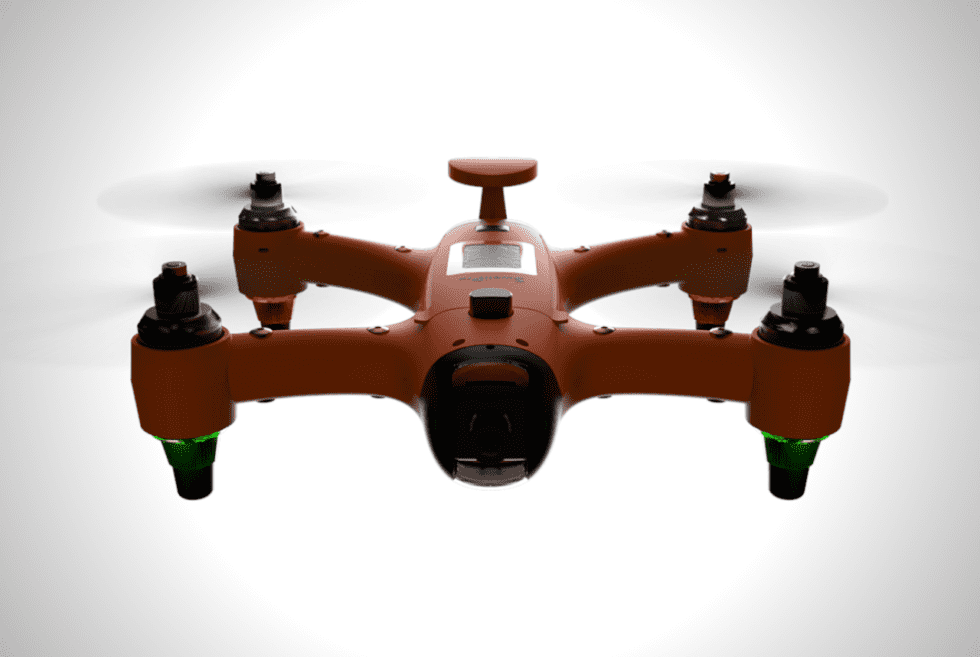 At first glance, Spry looks just like your everyday quadcopter, albeit covered in a gorgeous orange colorway. But you’ll be surprised to know that it’s actually waterproof. That means you can toss it in the water and it’ll come out unscathed.

Designed by SwellPro and Urban Drones, Spry can navigate in both air and water, delivering standout performance be it in aquatic or aerial situations. The Spry itself floats, allowing the drone to take off and land in water as well. Amazingly, it can also navigate like a submarine, although it remains uncertain how fast and how long the device can do so. The company has launched waterproof drones previously, but Spry is the first that can breeze through underwater using propellers.

As for the specs, the Spry Waterproof Drone can record 4K video up to 30fps. You can also take 12-megapixel stills. It can hit top speeds of more than 43mph, but don’t worry about jittery shots. The Spry utilizes a mechanical gimbal electronic image stabilization to provide smooth and fluid video capture.

You can turn on GPS and take advantage of features like auto follow and object orbit. You can also make the drone return to the pilot, or let it hover in place for a period of time. For even finer control, you can use the companion app to pre-set flight paths using waypoints.

The included controller is also waterproof, surprisingly. And like the drone, it floats, too. There’s a 4.3-inch monitor for live video, and its built-in Wi-Fi allows for streaming footage to multiple devices simultaneously. Spry’s Kickstarter goal has already been met as of writing, and if all goes according to plan, deliveries should start this December.

Go Modular On Your EDC With DECODED Bags’ A_Dapt Collection

DECODED Bags A_Dapt collection include a backpack, tote bag, phone and tablet cases, and other modular storage options for your lifestyle accessories.

The 20 Best MagSafe Cases for iPhone 13 Series (and others!)

The Gerber Stake-Out multitool packs 11 tools in a sleek carry including the handy stake puller and Ferro rod striker.

Under Armour: Get These UA Project Rock Training Headphones

The Project Rock collection was made for athletes like you. It includes support gear like over-ear headphones tuned to blast out powerful bass without distraction, while still giving you the…