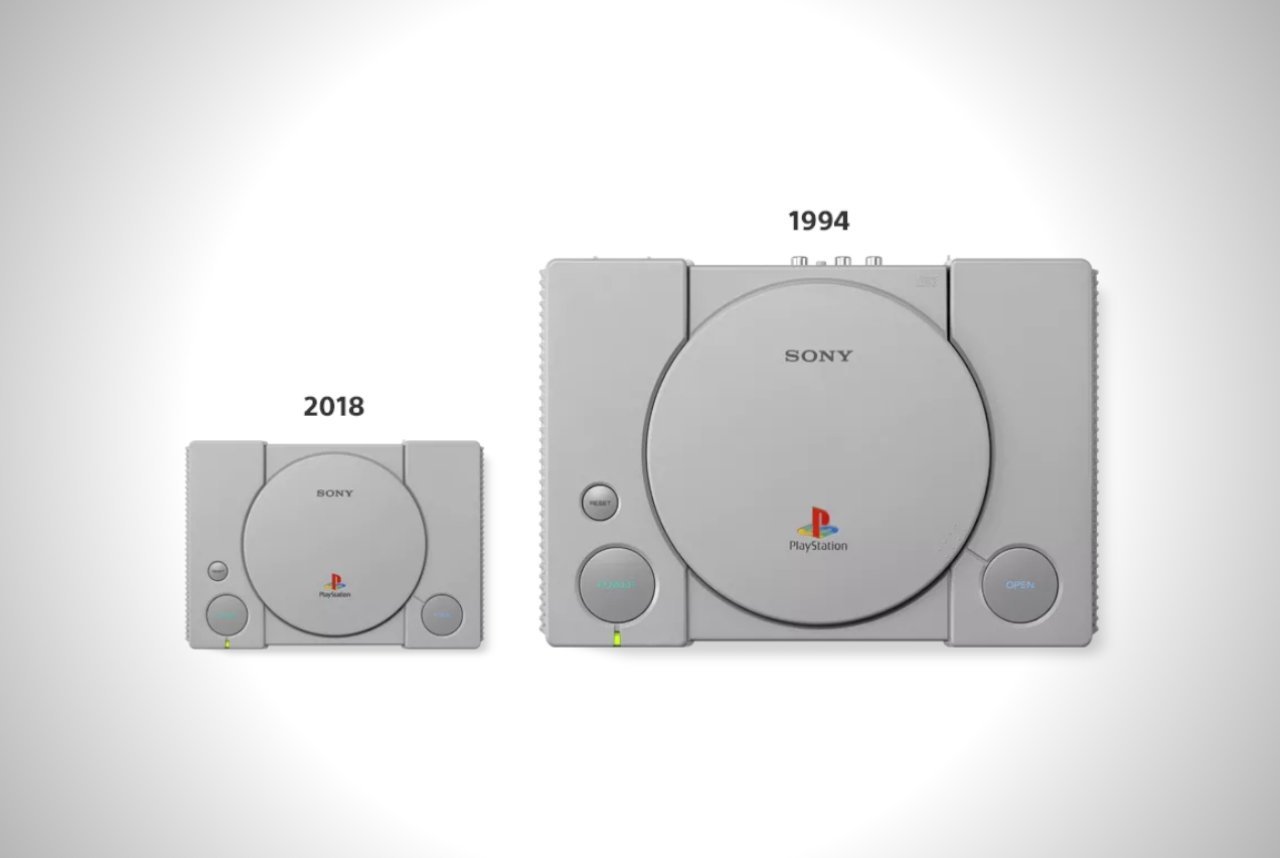 Guess who else is playing the nostalgia card? Well, Sony of course. Ever since Nintendo released the overwhelmingly-demanded-yet-minimally-stocked NES Classic Edition in 2016, it’s been evident that a huge subset of gamers are hungry for reincarnations of their favorite old-school machines, and Sony took note and delivered the PlayStation Classic.

As such, PlayStation Classic is officially launching this December for $100, just in time for the holidays. It comes with 20 preinstalled games that Sony says defined the generation. It’s almost half the size of a regular PlayStation and uses a virtual memory card for saving, a nod to the head-scratching save system of its mother console.

The console comes bundled with two PlayStation-era replica controllers (without the analog sticks, unfortunately). The unit itself looks nearly identical to the original, with a few important exceptions. There’s now an HDMI port to connect to your modern TV, and an USB port for powering up the device.

Though it features a disc area, it can’t actually load any discs, of course. It sounds like you can’t install other games beyond the preinstalled titles, either. A bummer, yes, but only par for the course since the NES Classic also doesn’t allow this.

Pressing the “Open” button on will act as if you’re changing discs, letting you change to whatever game you like. The “Reset” button, meanwhile, lets you suspend games. Sony has yet to reveal the 20 titles that’ll be included, but several of them have been confirmed as per the trailer: Final Fantasy VII, Tekken 3, Ridge Racer Type 4, Jumping Flash, and Wild Arms.

Clay scours your vast network of contacts across various social networking services to encourage users to keep in touch with acquaintances.