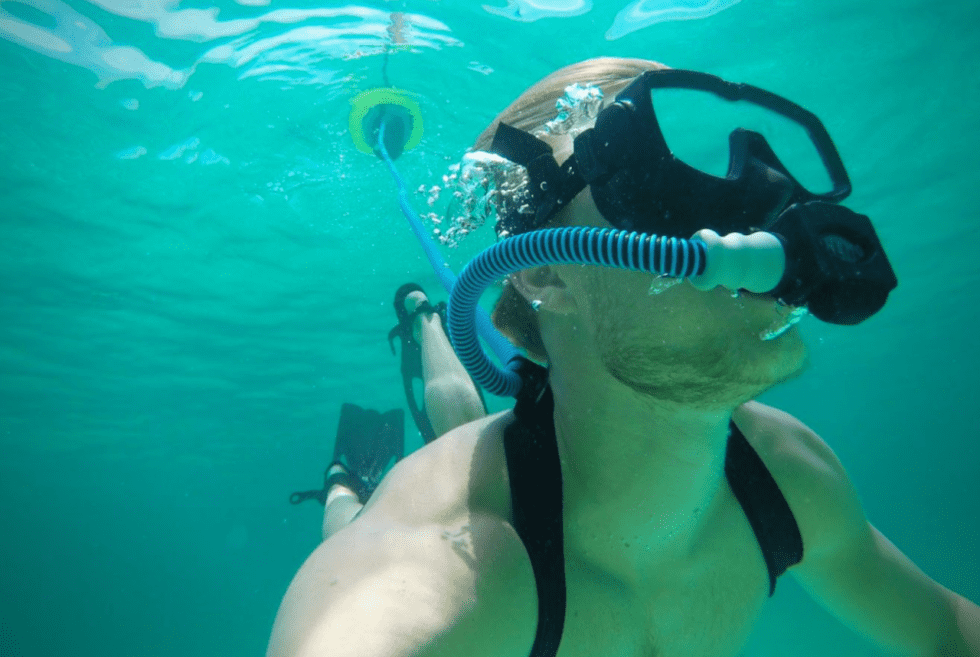 Here’s another (hopefully) successful Kickstarter story. Meet Nemo by BLU3, an incredibly compact Surface-Supplied Air dive system that supports one diver up to 10 feet. The best part? You don’t have to carry around a huge tank on your back to use it.

Instead, you’re treated to a colorfully battery-powered air compressor that floats on the surface and provides air through a hose. But the best thing about Nemo is its portability — the whole thing weighs just 10 pounds and is less than 12 inches on all sides. You can fit two Nemos in a carry-on suitcase, and BLU3 has even designed a backpack specifically for it. You can take it anywhere hassle-free, and you don’t even need a scuba license to use it.

Another impressive thing with the Nemo is its built-in “Smart Reg” (patent pending) feature, which monitors the user’s breathing in order to conserve battery power. The Smart Reg informs the floating air compressor up top, which then tries to mimic your breathing pressure patterns to make sure it’s only pumping exactly when it needs to.

As a result, Nemo apparently uses “just one tenth the energy of any other underwater breathing system,” says BLU3, and allows the device to be as lightweight as possible. A beeper will alert you when power is running low so you can prepare to resurface, but you don’t really have to worry that much since you’re only 10 feet underwater.

Nemo is proving pretty popular among boaters, kayakers, paddle-boaters, and other sea-loving folk. In fact, BLU3 just completed a successful Kickstarter campaign, with 137 backers raising close to $80,000 as of writing.

Early bird pricing is currently at $399. Deliveries will begin December if all goes according to plan. 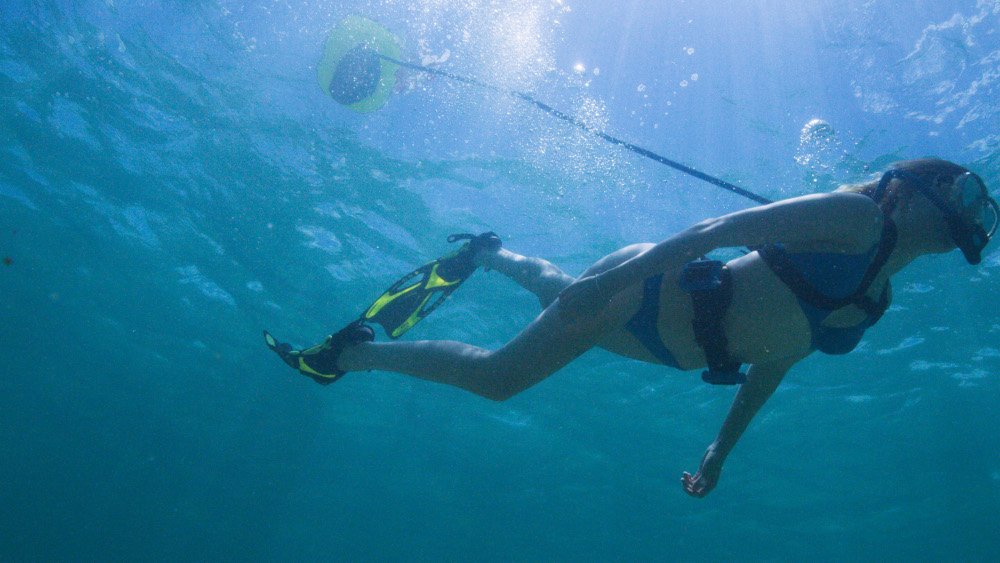 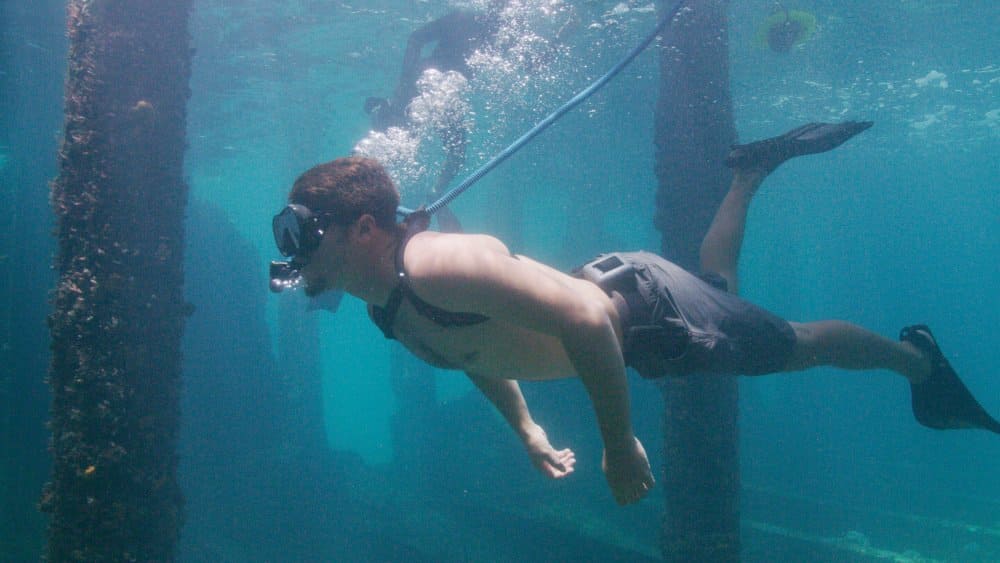 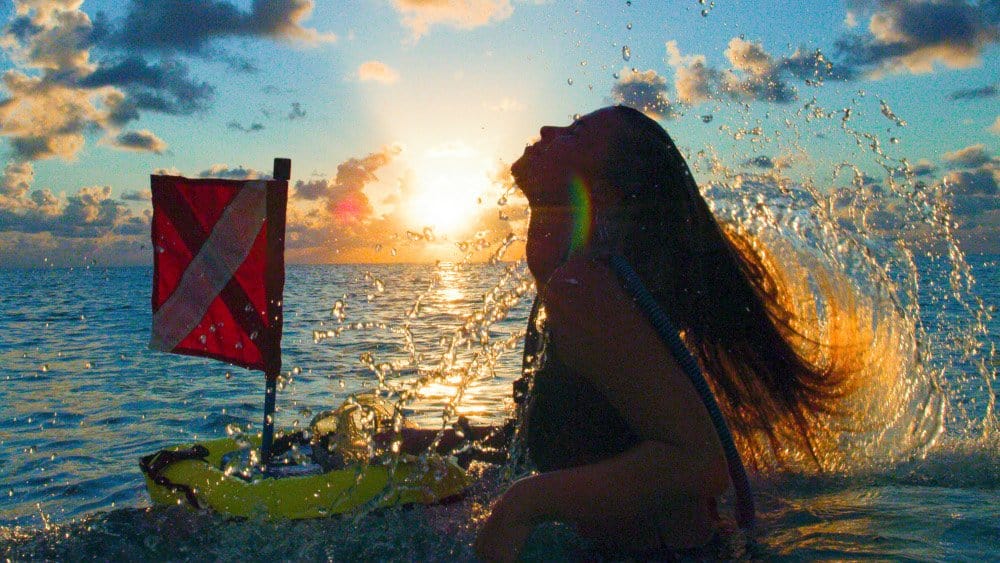 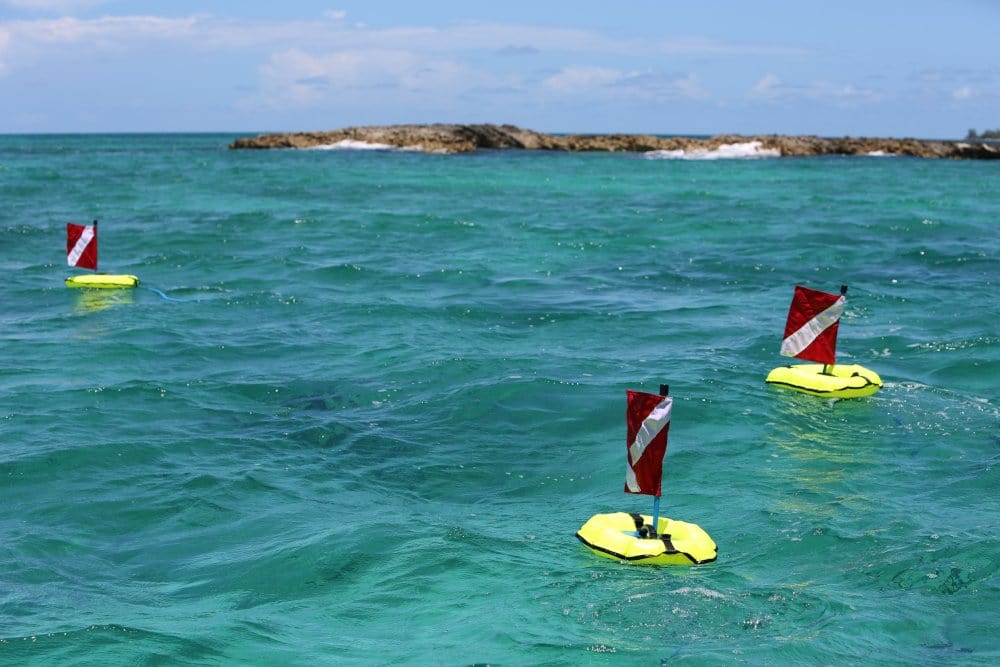 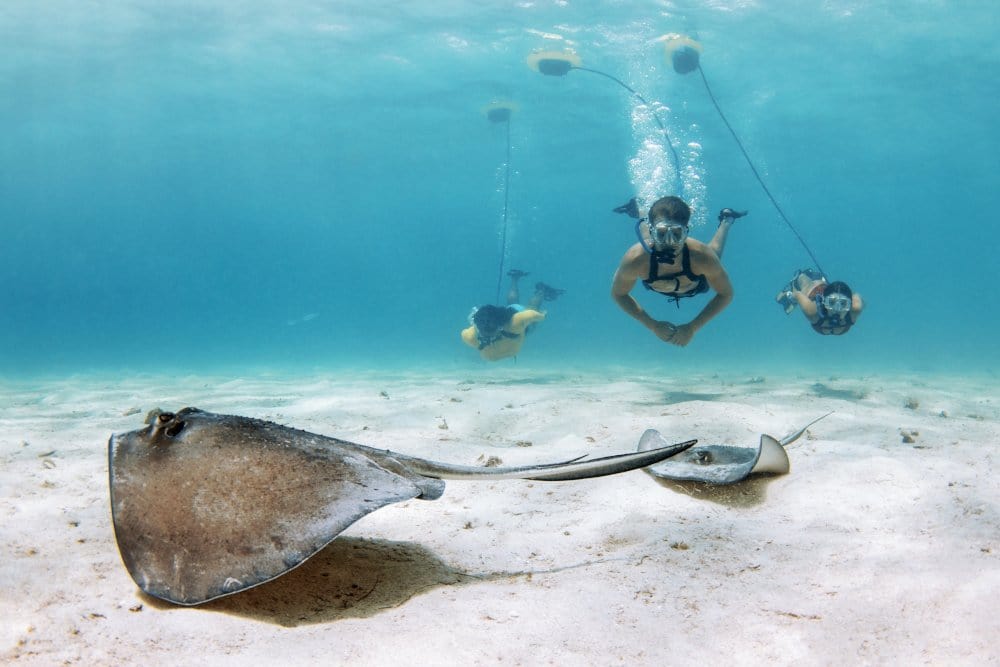 Samsung claims the Bot Handy can pick up laundry, pour beverages, set the table, and more, but the platform still has a long a way to go.

The Einova Mundus Pro Sanitizer Is EPA and Intertek Certified

The Einova Mundus Pro boasts a four-layer microbe killing technology using UV-C lights and it functions as a wireless charger too.

Top 7 ways to stay safe on your motorcycle

Regardless of how long you have been riding a motorcycle, safety should be at the forefront of your mind. There are many things you can do to minimize the risks…

ReduxBuds true wireless headphones feature AI-powered noise cancellation so you never have to press pause on your music or your life. ReduxBuds launches in July, but you can get a special pre-order pair now for 50% off at reduxaudio.com.

The Crono Key from Swiss Advance is barely one ounces in weight yet it comes packed with 15 uses including a Phillips screwdriver, a hex nut, a ruler, bottle opener, wire stripper, and more.