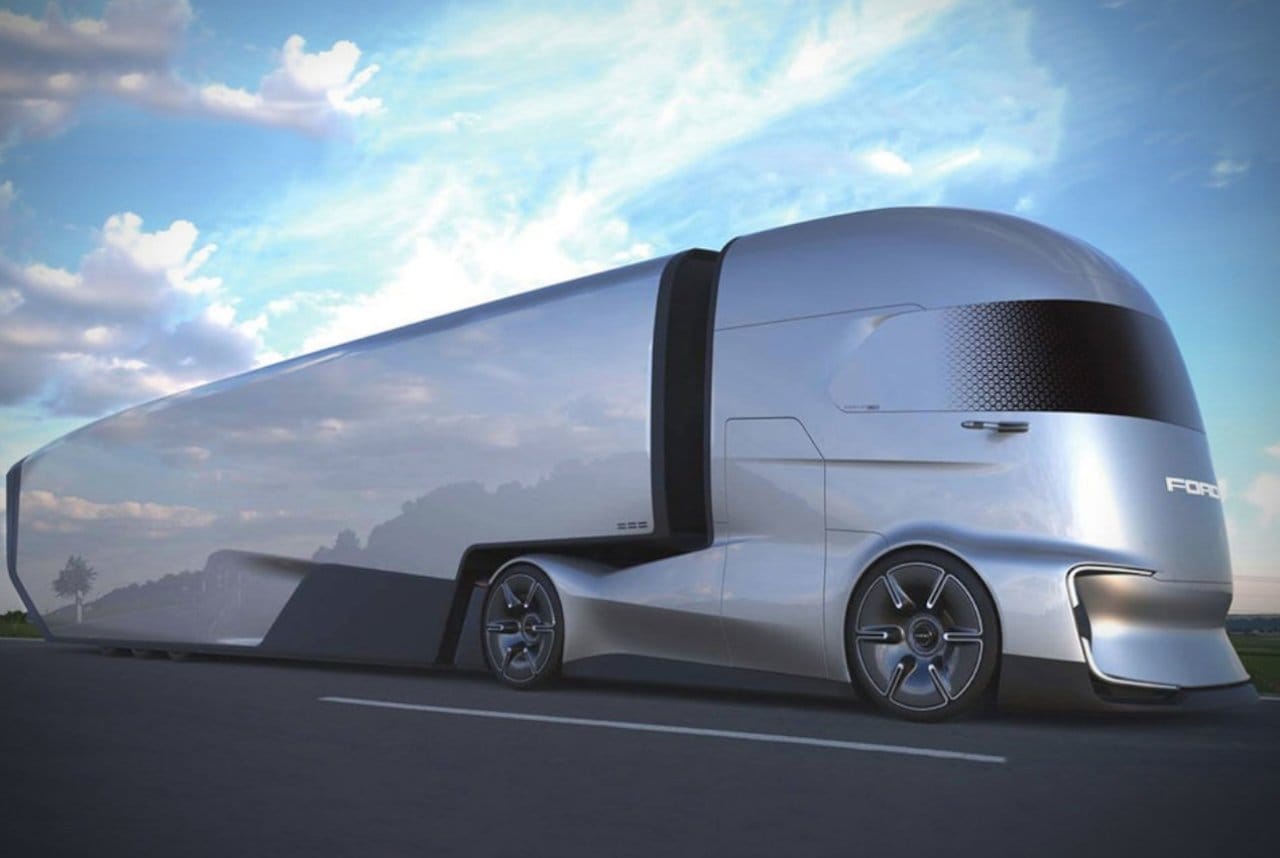 Ford is probably the last thing on your mind when it comes to semi-trucks, but that might be changing soon. The automaker has finally given us the first look at its F-Vision Future Truck concept, an electric tractor with Level 4 self-driving capability.

It’s hard to believe this is Ford’s first concept truck, given the abundance of concept vehicles we constantly see from big automakers like Tesla and others. But alas, there’s a first for everything, and Ford’s freshman attempt seems promising.

Ford’s F-Vision truck is geared toward a future where semis feature lightweight construction and produce zero emissions. And you’ll be surprised to know where Ford drew inspiration from — Marvel superheroes. We’re not entirely sure why, though.

The truck features a wraparound front glass that bleeds into the body work during driverless mode. This fades out when there’s a driver behind the wheel. There are large LED lights as well, kind of a reference to Ford’s current F-Series. The company also adds that the front end is interactive. That means various logos, designs, and messages for other drivers can be shown across the front of the cab.

Ford was light on details when it came to specifications, but those don’t really matter much for a concept vehicle. It’s at least ample indication of the direction Ford wants to tackle for its driverless portfolio. Bear in mind that the Ford F-Vision truck is, well, a “vision.” Concept cars typically never make it to the assembly line, though they can serve as great foreshadowing of what’s to come in the next several years.

Apparently not content with what is on hand, fostla.de adds upon the Brabus 700 WIDESTAR G-Wagen with another slew of upgrades.

According to U-Boat Worx, the Nemo is the lightest one of its kind at just 5,510 lbs. Moreover, it sports a compact design that makes it easy to transport.

Mercedes-Benz is integrating LEDs all over the Vision EQS to turn it into a glowing emission-free machine that will captivate your senses.