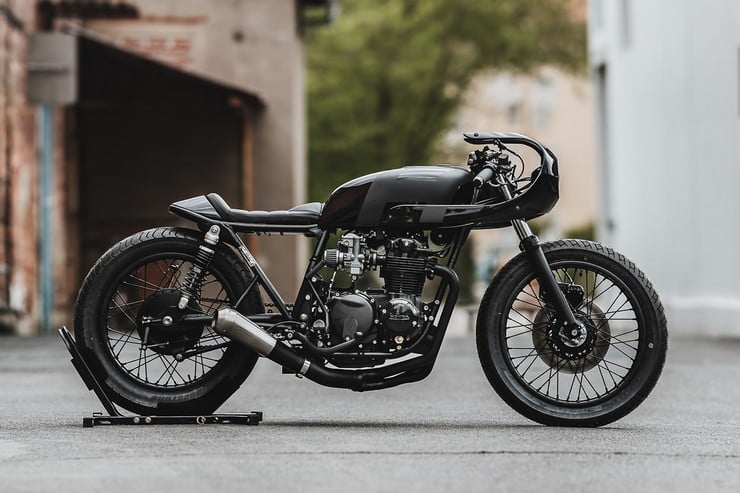 The Honda CB cafe racer bikes have long been a favorite among custom builders but, according to Nico Müller of Dresden, Germany’s Hookie Co., many of them favor style over substance to just make a cosmetic ‘pretty bike’ with poor performance.  Hookie Co. excels in pure motorcycles and real adventures so they took up the challenge to show what a cafe racer could be.  Enter the Honda CB550 ‘Black Mamba’ ($NA).

Starting with a 1973 CB550, they first reworked its air-cooled transverse four engine with pod filters and a Spark exhaust.  Then they restored and re-jetted the four Keihin carburetors to give added boost to its already available 50 hp.  Hookie Co. also cleaned up the frame and gave a custom upsweep to the rear loop.  Failing to find an existing faring that worked with the bike, they created a new one from 0.75mm mild steel and rewired the bike with Motogadget components.

Their Honda CB550 was ultimately christened the ‘Black Mamba’ for its cool flat black on gloss black coloration.  In all, Nico Müller proved that a custom garage can deliver both power & beauty! 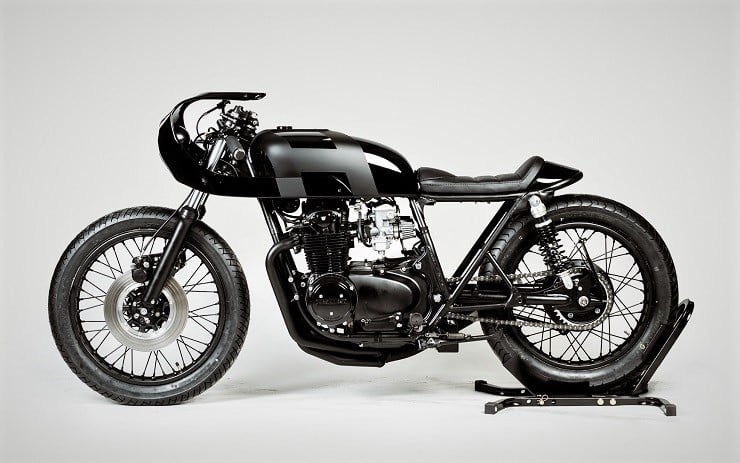 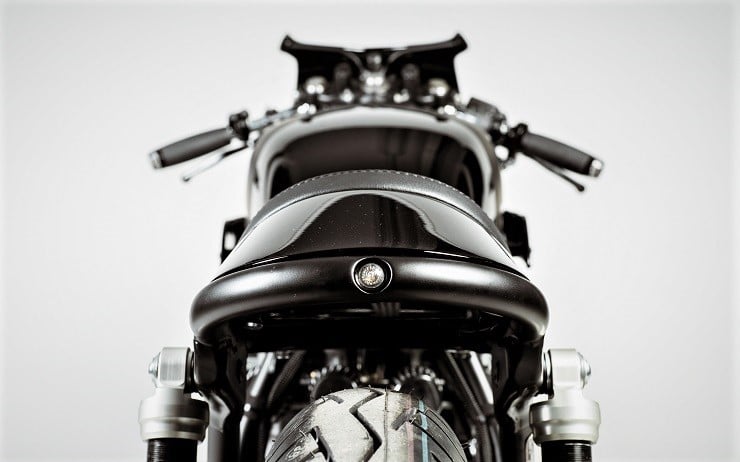 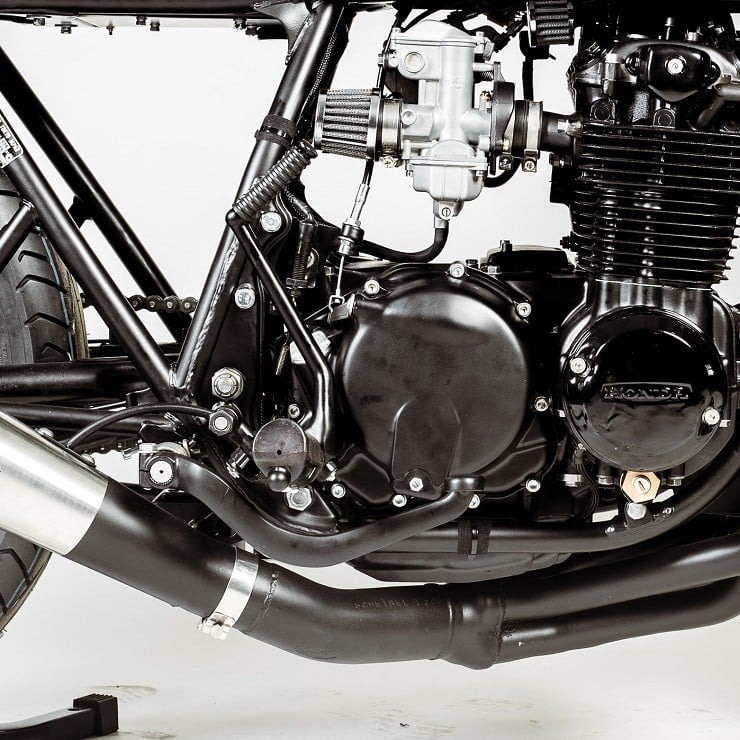 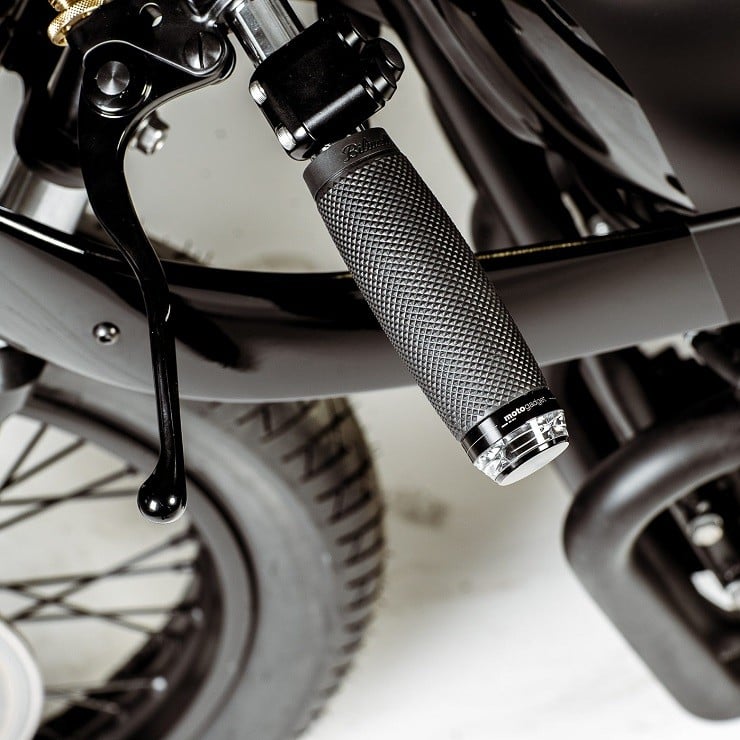 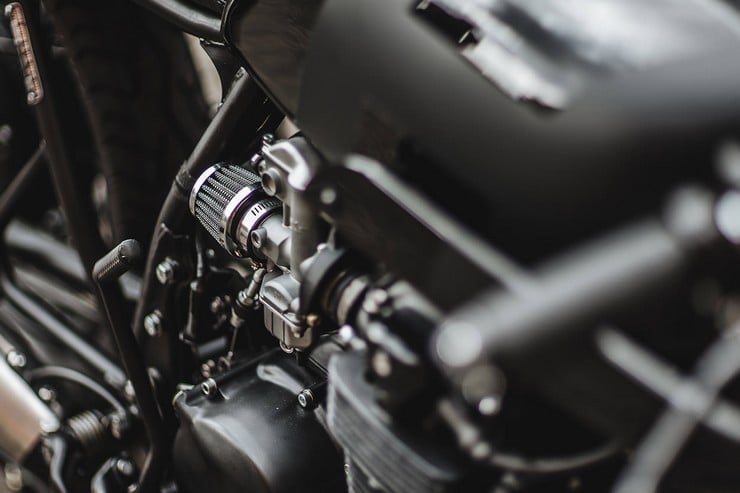 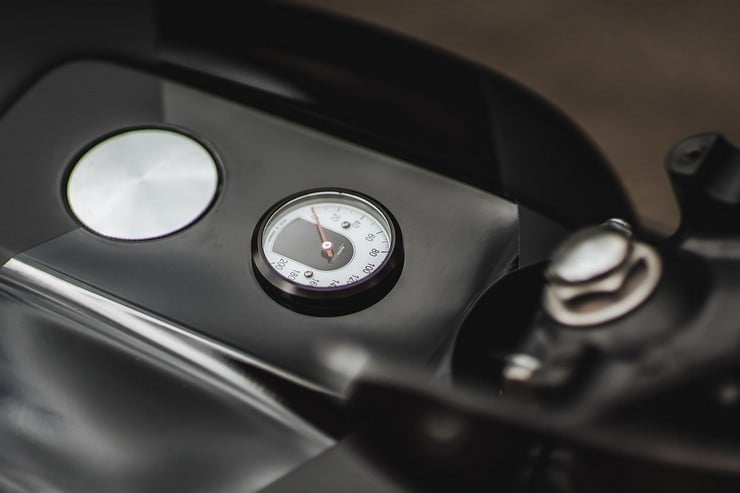 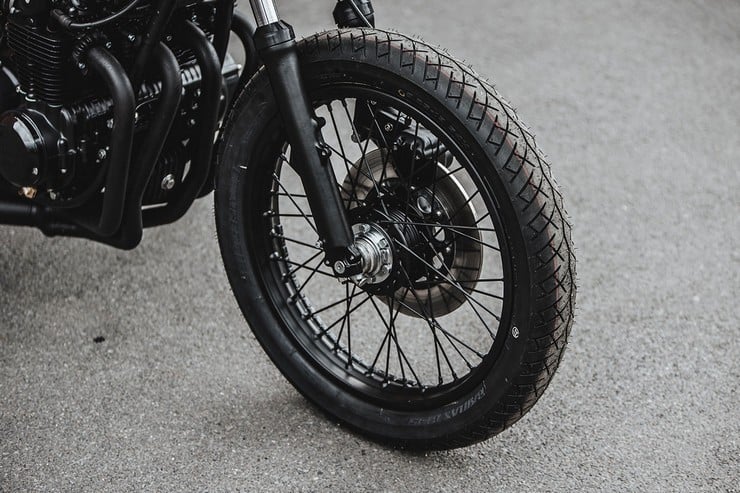 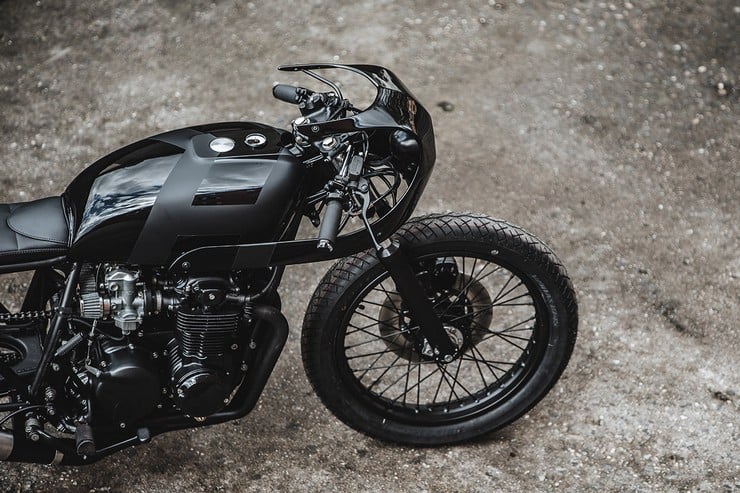 HitchFire lets you maximize trunk space with its Forge 15 grill

The HitchFire Forge 15 uses 16-ounce propane tanks to keep the fires burning hot. and even has an integrated bottle opener for additional convenience.

The Fina Foldable Kayak seats two people and features origami-like folding precision for compact storage so you can store it inside your house or apartment.