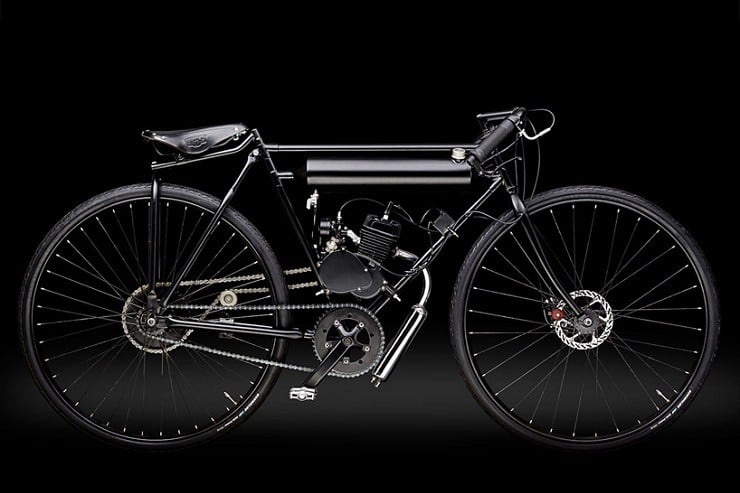 China’s Flying Pigeon bicycles are the go-to personal transportation across most of the Far East, with at least 500 million of them having been made.  Brad Wilson of Australia’s Dicer Bikes decided to up the ante, adding a motor to a 1950’s roadster to create his ultra-cool Screaming Pigeon.

The donor bike was stripped down to the frame and the build began with a re-spoking of the steel wheels.  The handlebars were cut off, flipped over, and rewelded back into place, a motorcycle throttle was attached to control the power, the bars were finished off with jackhammer grips, and a sleek fuel tank was crammed in between the unique twin frame bars.

Powered by a small engine- only a 50cc single cylinder capable of producing just 2 hp – this nimble Pigeon still tops out at around 44 mph.  Modern, efficient front disk brakes contribute to the stopping power, while a Brooks seat that hangs over the back tire in a boardtrack style adds comfort and finesse.  If the bike draws enough interest, Wilson is contemplating producing more in a limited volume under the Dicer Bikes brand.  Needless to say, we think it’s a go! 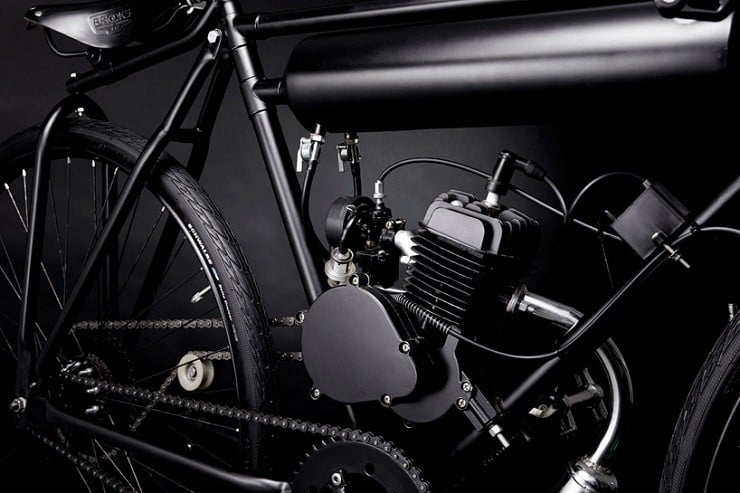 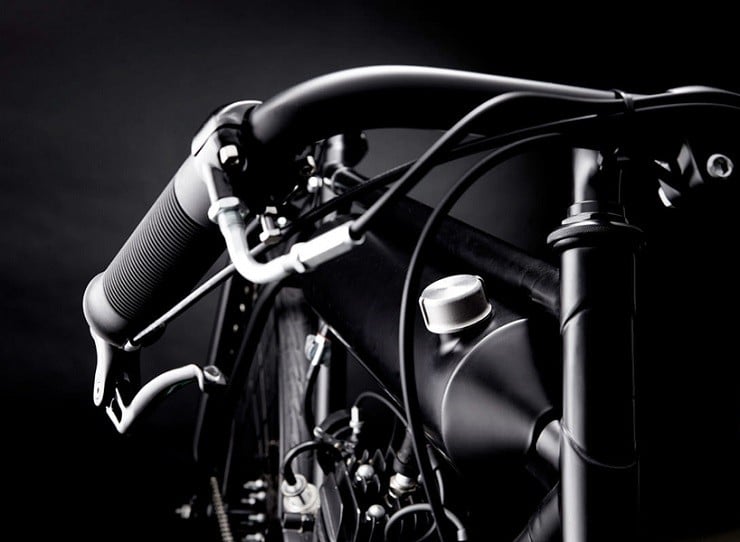 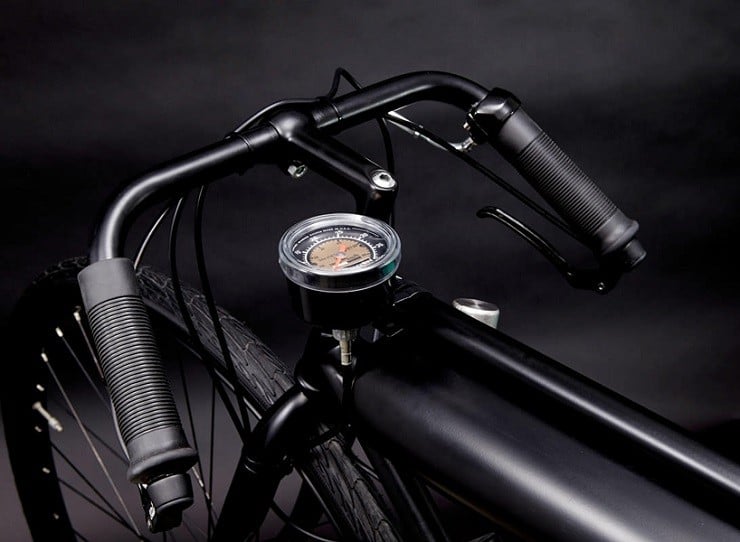 Lamborghini delivers another hybrid automotive masterpiece with the Sián Roadster

The coupe version was awesome, but many who prefer to drive around with the top open can now do so with the Sián Roadster.

Apparently not content with what is on hand, fostla.de adds upon the Brabus 700 WIDESTAR G-Wagen with another slew of upgrades.