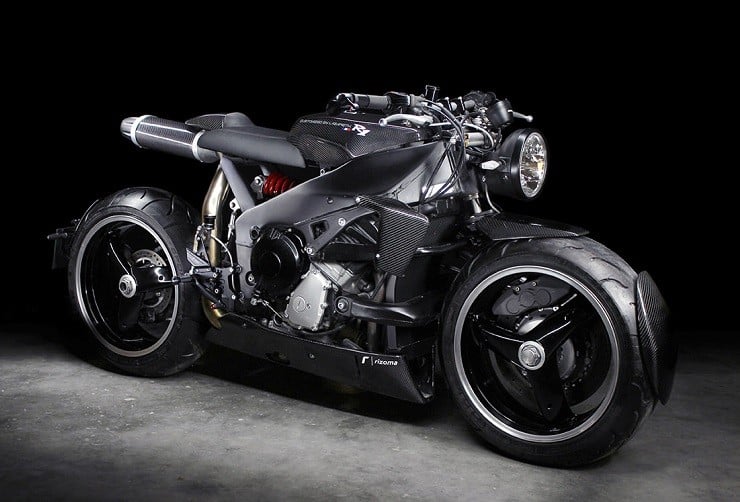 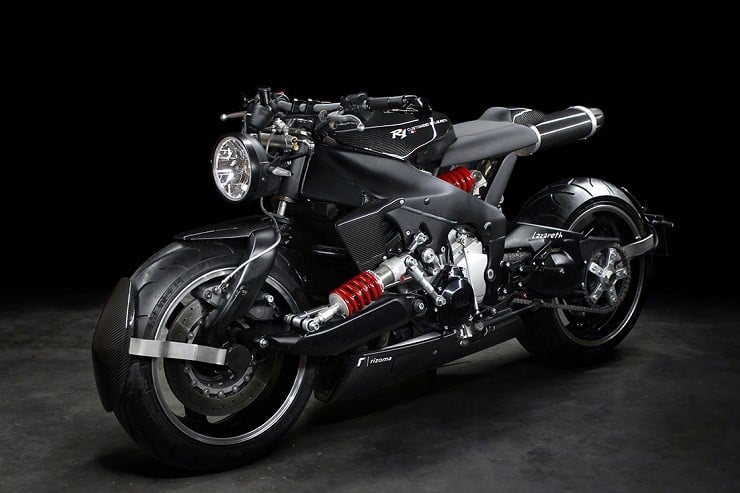 Ludovic Lazareth is one of the big gurus in the custom motorcycle world.  With a truly one-of-a-kind style and always in demand, the Frenchman has designed and built cycles for personal use and professionally, as well as creating movie machines that are stars unto themselves.  The Lazareth Yamaha YZF-R1 ($53K) is a prime example of a custom bike with a story to tell.

Originating as one of several vehicles Lazareth customized for the Vin Diesel movie “Babylon A.D,” the bike is a 1999 Yamaha YZF_R1 that had been crashed on set and sent back to his garage for parts.  Instead Lazareth finally got around to fixing it up just to see what he could make of it.

Some of the changes and improvements include single-sided swing arms, custom built shocks, and a floating linkage system for the rear.  Even the exhaust’s end cap plays host to a circle of LED taillights. But what gives Lazareth’s EuroFighter the perfect futuristic café racer look are the many carbon fiber panels in the monocoque of this low-slug power racer.   [via] 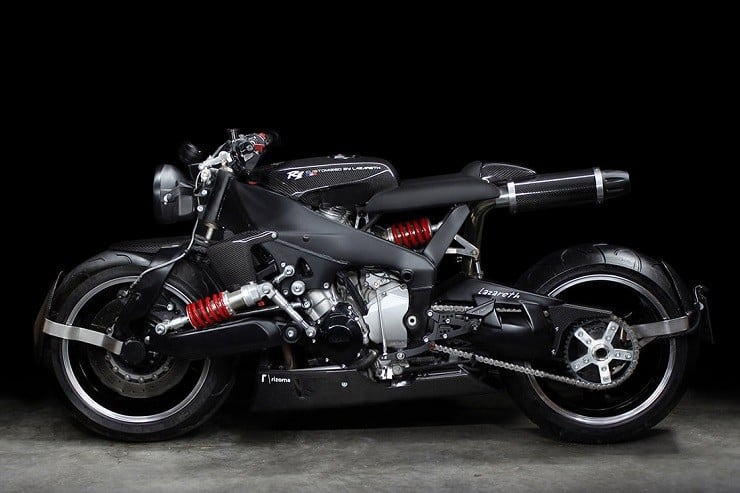 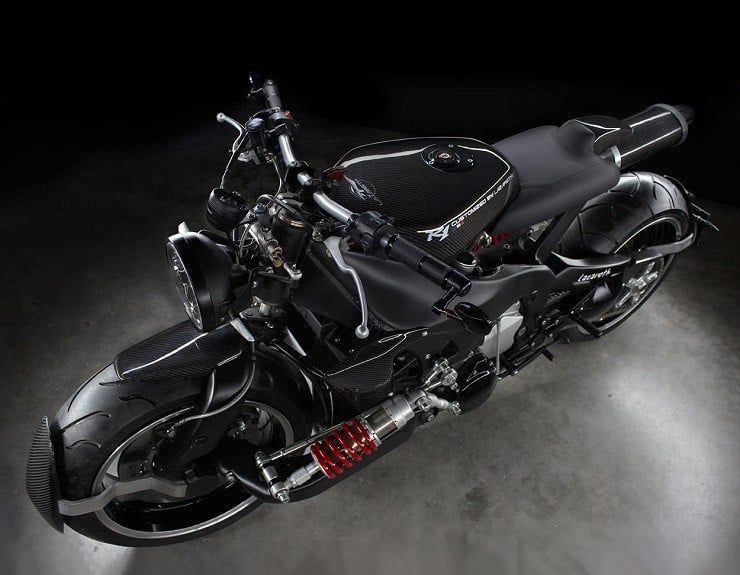 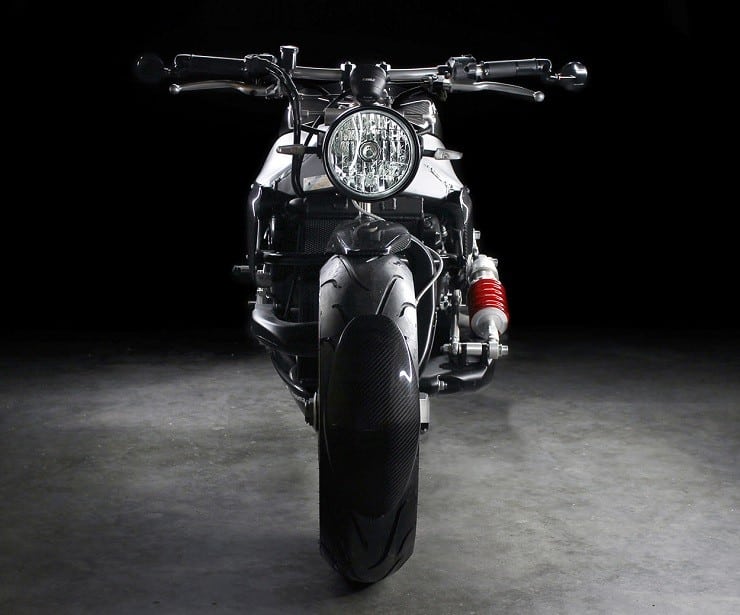 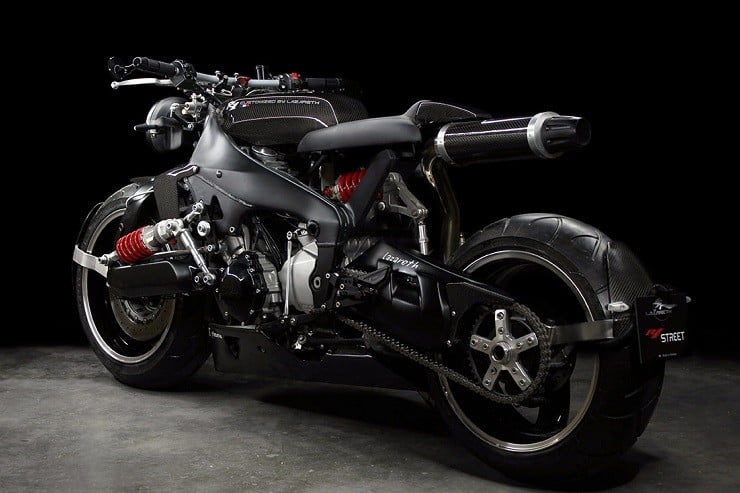 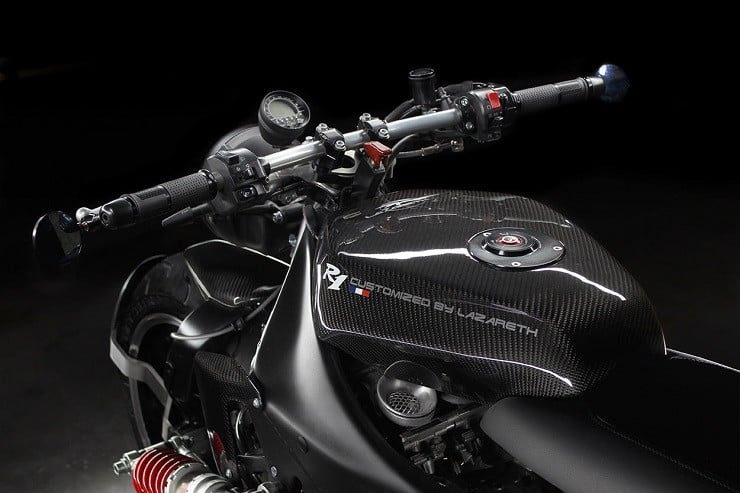 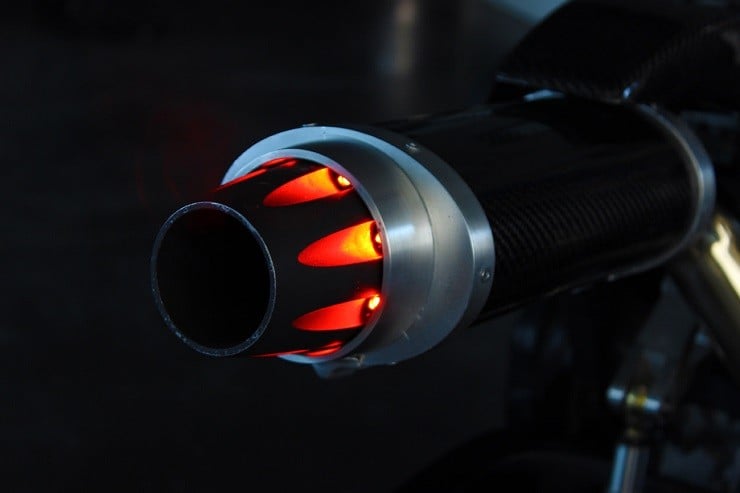 It may not look like much at first glance, but a bid to battle climate change in any way possible, Volvo presents the XC60 T8 Hybrid.

The Rezvani Tank X is a great example of an SUV that any man would love to have in their garage.

1958 Ferrari 250 GT Series I Cabriolet Steps Up For Auction

This is the first time for the 1958 Ferrari 250 GT Series I Cabriolet to ever be put up for public auction.