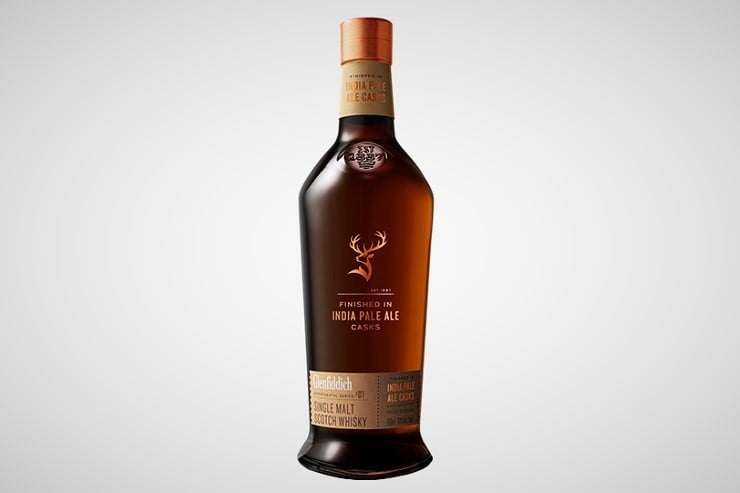 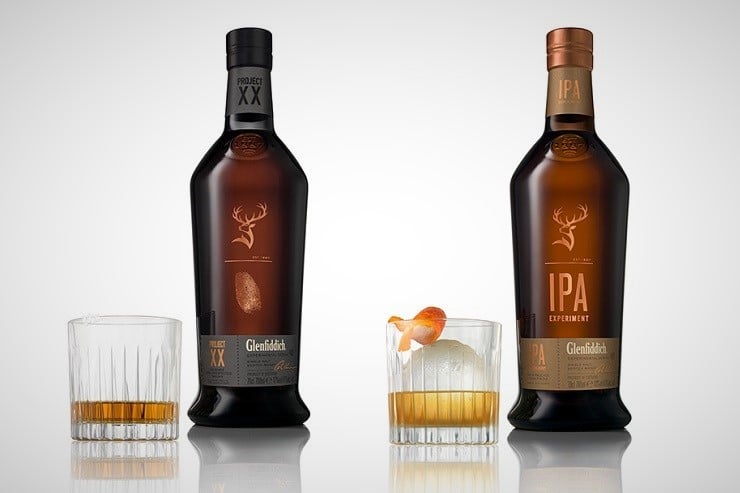 Scottish distiller William Grant & Sons have spent the last 125 years pleasing the world with their famous Glenfiddich single malt whiskey, yet they’re constantly attempting to find new and interesting ways to make the golden elixir.  Their latest concoctions are dubbed the Experimental Series ($TBA) and include two mouth-watering scotts, the India Pale Ale Cask Finish and the Project XX.

While Glenfiddich whiskey, however long it ages, usually does so in oak casks matured with Caribbean rum, American bourbon whiskey, or Spanish sherry, their new IPA whiskey begins with their signature Glenfiddich finished in barrels matured by their own craft India Pale Ale.  This is the first single malt scotch whisky finished in IPA craft beer casks, and it’s “imbued with unique zesty citrus notes and the subtle tang of fresh hops.”

The second experiment in the series is equally unique, or even more so.  Created by 20 (hence the name) whisky experts from 16 countries around the world, Project XX contains 20 different, carefully chosen malts, “matured in everything from port pipes to virgin bourbon barrels.”  The reslut is an outstanding whiskey that boasts the warm summer fruity character of a classic Glenfiddich, but it’s further complemented by multiple flavours, including sweet cinnamon spice, almonds, port tannins and liquorice (insert drooling face here!) 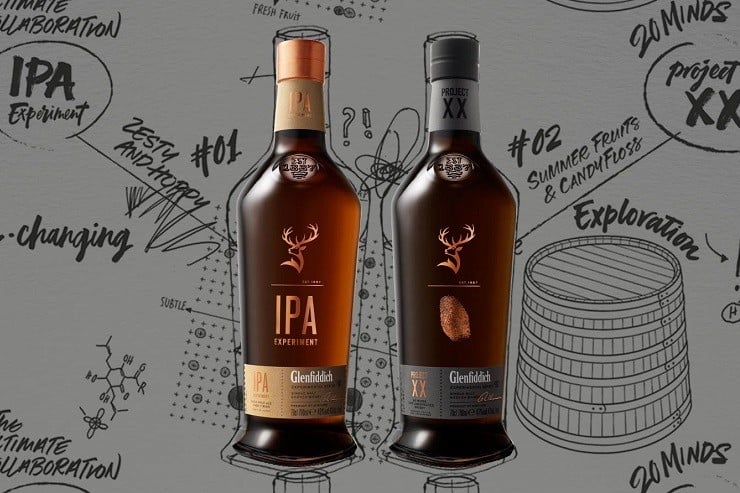 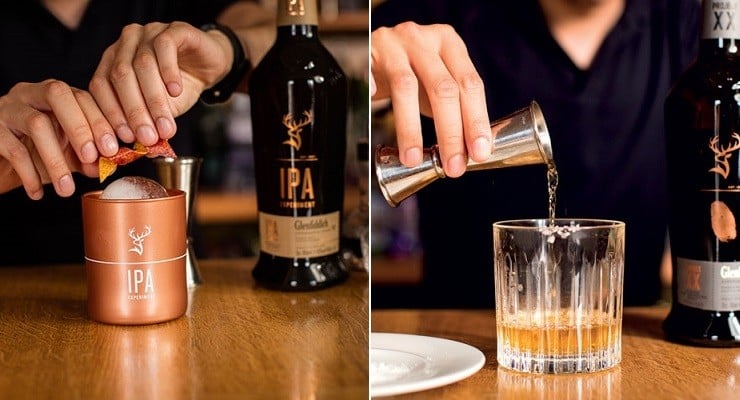 The new addition, Cornerstone Rye, is a whiskey of extraordinary maturity, worthy of Wild Turkey Hill’s exemplary stature in the spirits community.

The 2019 birthday Bourbon will be released early September for $99 a pop.

This LG Fridge Is Perfect If You Love Whiskey

Do you love whiskey? Do you want a high-tech fridge? Would you like something that fulfills both these interests? Well, you can have it. The LG Fridge LRFVS3006S is a…